The Railways has recently introduced as many as 392 new trains so that waitlisting can be reduced and passengers can safely and conveniently travel across the country during the festive season of October and November.

The move comes shortly after the national transporter announced 78 new trains just a few days back. The new passenger trains provide connections on all important routes such as New Delhi-Lucknow, Mumbai-Haridwar, Howrah-Ranchi, New Delhi – Mata Vaishno Devi Katra among many others.

Here is the complete list of all the major upcoming festivals with dates that travellers must check before planning their trip:

1. Navratri – The auspicious 9-day festival will start on October 17 this year and go on till October 25th.

2. Durga Puja – The grand festival worshipping Goddess Durga will be celebrated this year between October 22-26.

3. Dussehra – Also known as Vijayadashmi, the festival celebrating the defeat of the demon-king Ravana will be celebrated on October 25 this year.

4. Mysore Dussehra – Mysore Dussehra marks the killing of the demon Mahishasura by Hindu Goddess Chamundeshwari and is primarily celebrated in the state of Karnataka. This year, the festival will be celebrated from October 17 till October 27.

5. Milad-un-Nabi – Also known as Eid-e-Milad, the Milad-un-Nabi commemorates the birth of Prophet Muhammad. It will be celebrated on October 29 this year.

6. Sharad Purnima – The auspicious full moon on Sharad Purnima is considered to be divine according to Hindu mythology. It will fall on October 30 this year.

7. Karva Chauth – On Karva Chauth, which will be celebrated on 4th November this year, married women fast for an entire day and pray for their husband’s long life.

8. Diwali – Diwali marks the return of Lord Rama to Ayodhya after 14 years in exile. The ‘festival of lights’ will be celebrated on 14th November this year.

9. Govardhan Puja – The auspicious Hindu festival is celebrated to commemorate the Govardhan Parbat, which helped Lord Krishna save people from incessant rains according to Hindu mythology. It will be celebrated on 15th November this year.

10. Bhai Duj – As on Raksha Bandhan, on this day, sisters pray for a long and prosperous life for their brothers. It will be celebrated on 16th November.

11. Chhath Puja – The age-old Hindu Festival, which is dedicated to the Sun God and Goddess Chhathi is celebrated primarily in Uttar Pradesh, Bihar, Jharkhand and Nepal. This year, the festival will be celebrated on November 20.

12. Guru Nanak Dev Jayanti – One of the most prominent festivals of the Sikh community, it marks the birthday of Guru Nanak Dev Ji and will be celebrated on 30th November this year.

We hope that this festive calendar will help you conveniently plan your trip. What are you waiting for, dear traveller? Book your tickets today! 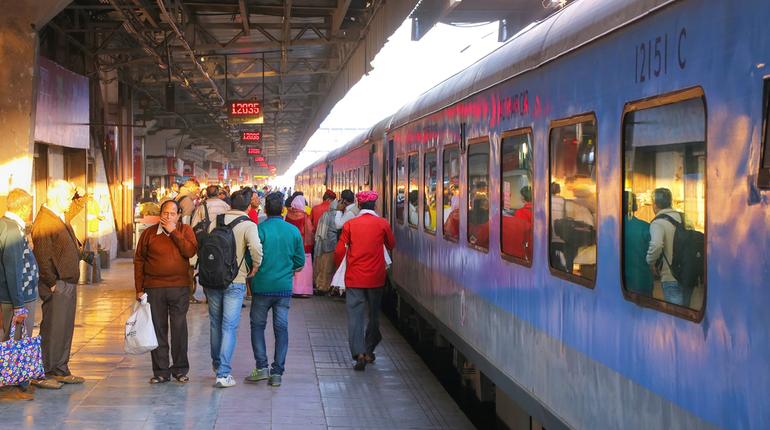