A little ways down Madurai lies a quaint little village by the name of Sivaganga. Here, by the relentless efforts of the ASI, archaeologists have unearthed an important piece of Tamil history. The otherwise sleepy hamlet of Keezhadi has now become the centre of attention as it has revealed the remains of the biggest human settlement dating back to the Sangam Age. 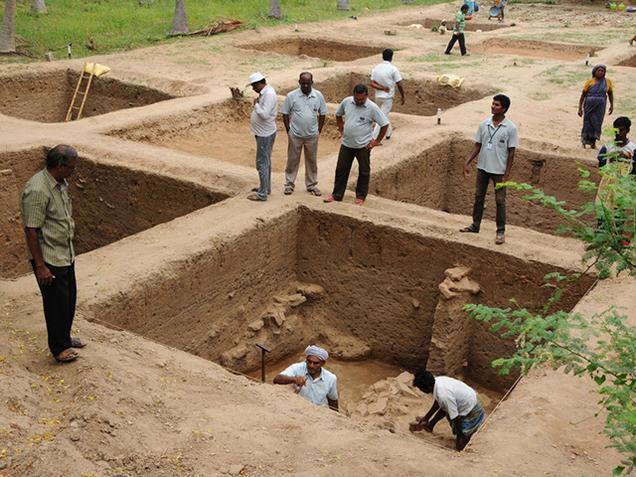 Archaeologists have discovered four dozen square trenches, brick walls, pottery, weapons and small tools. The presence of Roman ware has come out as solid evidence of the flourishing trade between the Romans and the Pandya kings. 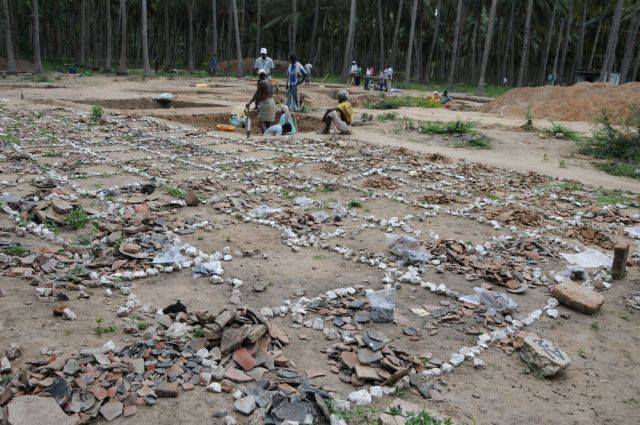 Excavation at the Coconut Farm (from the official Facebook page)

The discovery of gems, graffitied pottery and Tamil Brahmi inscriptions have proved that a flourishing, educated settlement had lived here. Expected to be complete by September end, the excavation project is being carried at a privately owned coconut farm. The site is open to public and students till that time. If you are planning a trip to Madurai, then you must visit Keezhadi which is just an hour’s drive from Madurai. 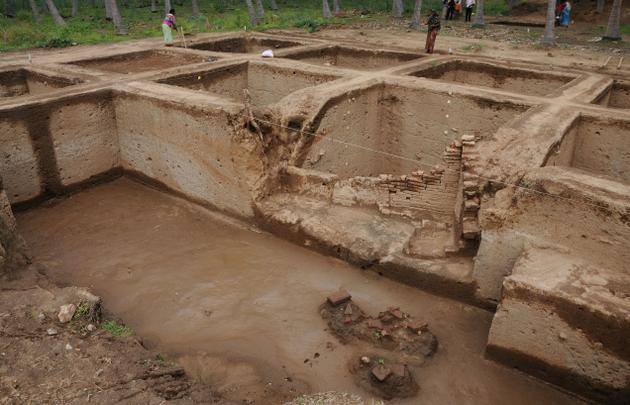 Remains of mud walls (from the official Facebook page)

History buffs would love going to this place as it brings to fore the settlements which are speculated to belong to the Pandya era of the Sangam Age. A lost city underneath a village–history sure has its way of revealing itself in the most unusual ways! 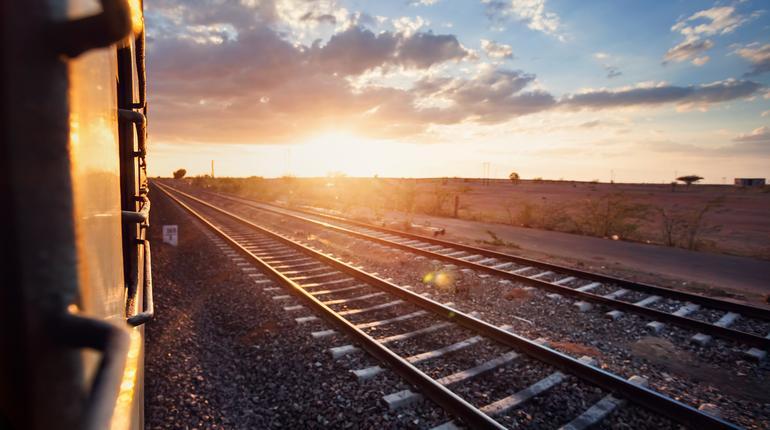