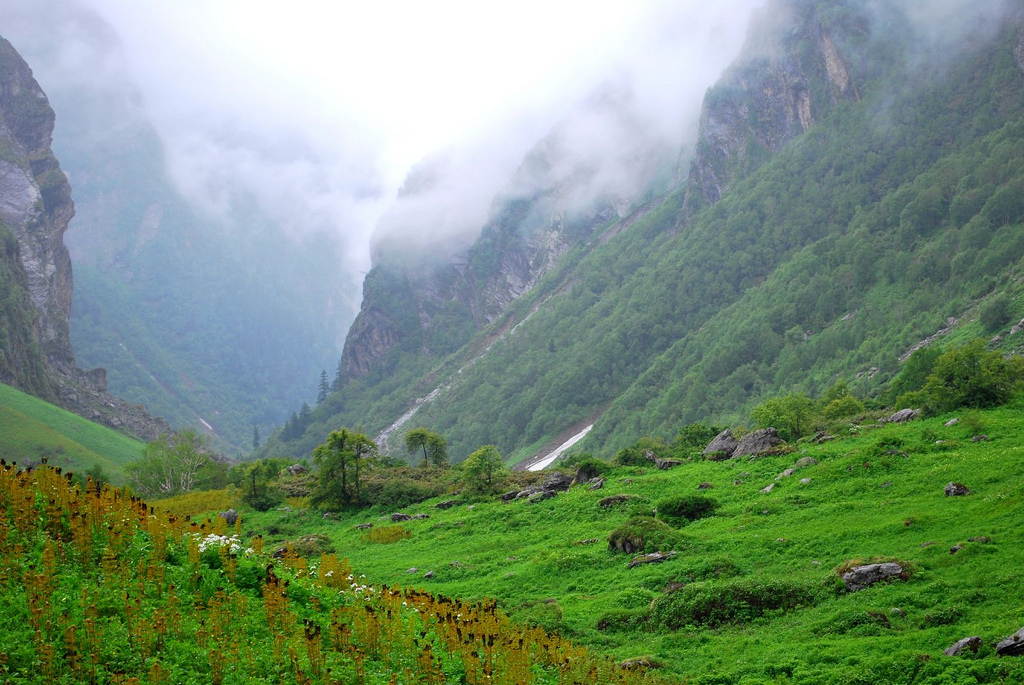 At about 3,000m, in the Great Himalayan national Park as the air gets thinner, every slow step turns into a gasp. A cold wind hurtles down the ridge and fans out into serried waves across the alpine grasses around Rakhundi Top (3,500m), where we’ve decided to take a break. From where we’re perched, we can see the distant snows of the mountains around Tirath, the source of the Tirthan River, gleaming in the mid-morning sun. Over a kilometre below us, the Tirthan River winds its way through the deep valley into the western horizon. High above us, a group of lammergiers and distinctive buffish-white Himalayan griffon vultures spiral lazily on the air currents that lift off the mountains. 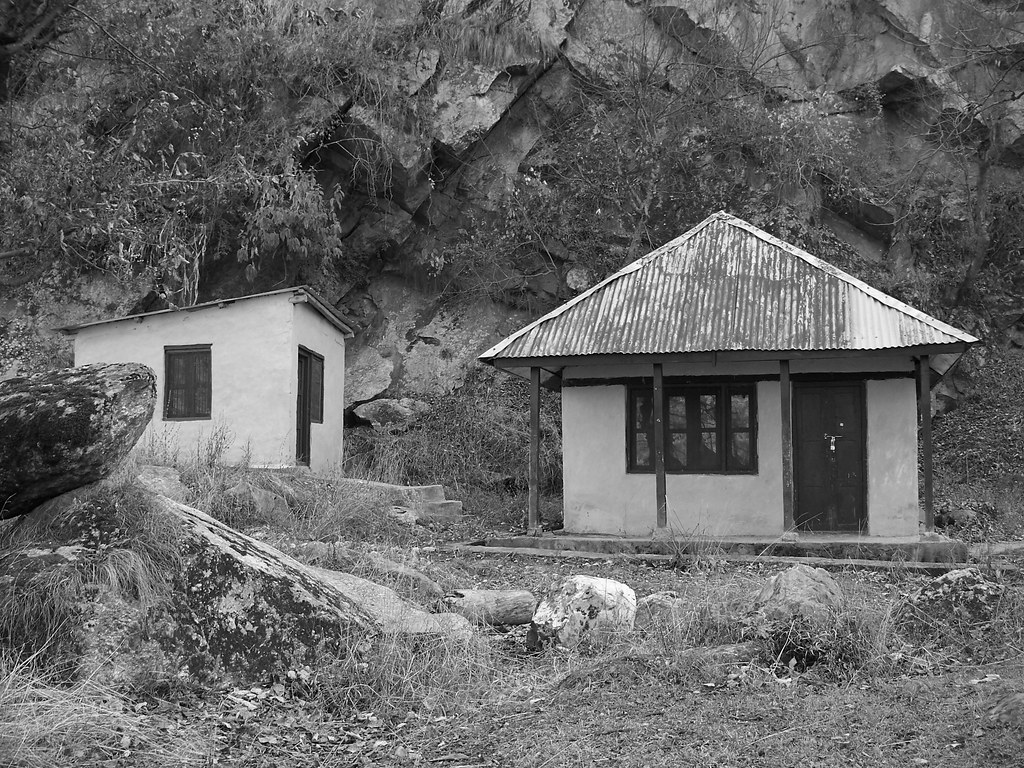 A part of the Great Himalayan National Park (by parth joshi)

We’ve left the dense deodar forests behind. Even the last Bhojpatra tree we saw was some way back. Only low alpine shrub and stunted juniper survive at this altitude. “That’s where we have to go,” says Basant, my guide, pointing to a rocky spur that falls endlessly away from the mountain-top. “Shouldn’t take us more than three hours to get to Guntrao,” he adds casually. “Hmmm,” I mutter nonchalantly, trying to keep panic at bay. My knees have taken a beating already, and I’m quite tempted to lie back and spend the morning soaking in the crisp mid-morning sunshine. I’ve just about dozed off when the shrill ‘kok-kok-kok… kokras’ warning cry of the koklass peasant pierces the calm. “Three hours to a cup of hot tea,” I say to myself, shrugging off bits of grass from my jacket, and haul myself onto my feet. Basant and Prem Singh are already halfway down the spur. 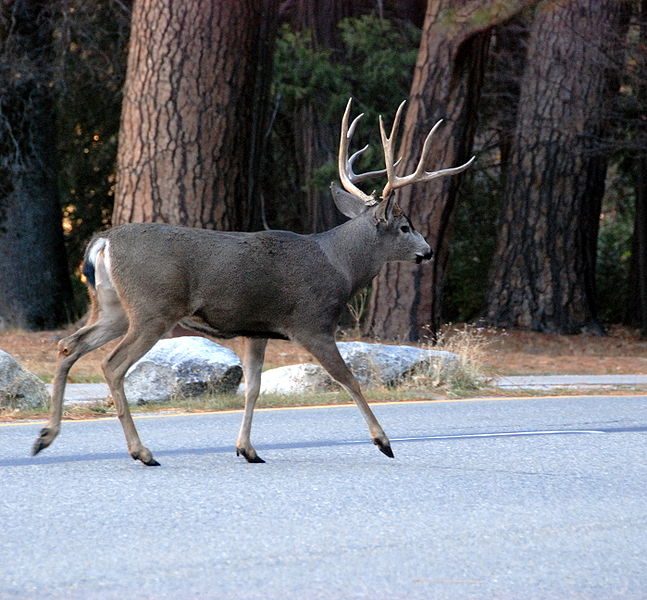 Before leaving, I had spent the day running around trying to figure out which routes in the park were open — there had been a cloudburst in the area a few weeks ago, which had devastated a number of trails along the river and washed away nearly all the bridges. Nobody seemed to know which routes were open, or where we could cross the river. And yet everyone claimed that they knew every route in the park. So it was a relief to find myself on the trail the next morning with a guide I could trust, and yes, a seven-day supply of dal, rice and Nutrella.

There was a nip in the air, and a cacophony of bird calls rose from the dense, temperate mix-broad leaf forests of elm, hazel-nut, maple, willow and poplar along the river valley. And the sound of the fast flowing Tirthan River rose and fell with the trail. Ropa, the last village before we entered the park, was just waking up when we stopped for tea. From here on, we were on our own. And this was also where the trail became rough — bridges along the river had been replaced by narrow wooden logs, and the path had fallen away at places, necessitating circuitous climbs across rock strewn slips. Three hours later, we were at Rolla, our halt for the day — a tiny shack a few minutes from the river. It had been a day of easy walking. 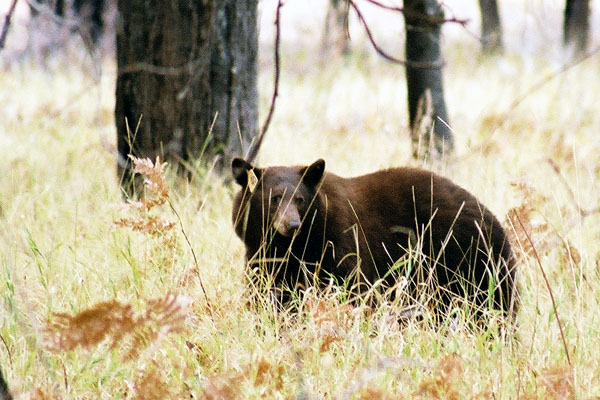 The climb from Rolla to Shilt is straight up a nallah — there isn’t one bit of level ground along the way. At a little below 3,000m, the forests of oak and deodar are replaced by forests dominated by Himalayan fir and kharsu (brown) oak, interspersed with spruce and blue pine (kail). The warning cry of the koklass accompanies us along the climb, and suddenly a ghoral scampers across a sheer rock face, disturbed by our arrival and then deciding that we are far enough to be harmless, it saunters on. Giant porcupine quills litter the path. And as we ascend, it gets colder. By the time we arrive at Shilt though, we’re soaked in sweat — in the mellow late afternoon light the kharsu trees above the hut look like they’ve been sprinkled with copper and rust, and a band of langurs swinging from branch to branch, looks askance at our intrusion.

Alpine flowers of all colours, from shock red to deep blue, bloom between the rocks, along the trail to Guntrao. Prem Singh is collecting the roots of the blue flowers. “It’s called kadva tosh,” he says. “Excellent for stomach problems.” Clumps of jurinea (dhoop) sprout in places where there is a little level ground. A few bhojpatra (silver birch) trees stand white and lonely amidst the brown of the grass and the rocks. As we climb up to Rakhundi Top, a monal takes flight — a squawking mass of iridescent feathers that seems to hurtle more than fly through the air. “Monali,” says Basant with a smile. By the time we reach Rakhundi Top, I’m tired. At about 3,000m, as the air gets thinner, every slow step turns into a gasp.

And gasp by slow gasp, we make our way towards Guntrao. The tiny hut is tucked into the leeward side of a mountain. The setting sun hits the ridge — from here it’s a steep descent to the hut. The grasses have grown wild after the monsoon, smothering the path, so I tumble through. When I arrive at the hut, Basant comes out with a warm cup of tea to greet me. 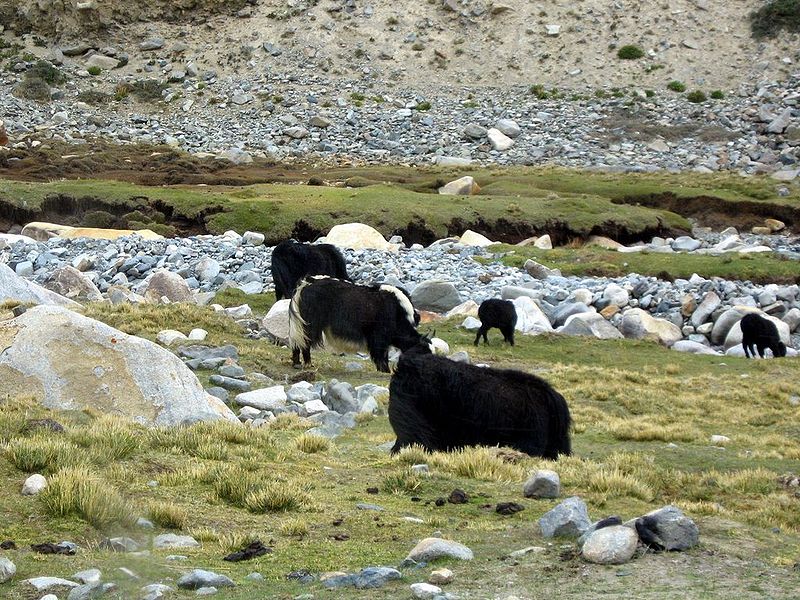 The sky at night shines with a million stars. Sitting by the fire, eating the customary meal of dal, rice and Nutrella, Basant, Prem Singh and I exchange tales. They tell me of encounters with bears, of the musk deer which wander in the forests of the mountain opposite us, and of the jujurana (western tragopan) — ‘the king of birds’. Himachali legend has it that every bird in the universe donated a single feather to create this bird of innumerable colours and unparalleled beauty. “If you’re up early enough you might see it,” says Basant, as he sees me nodding off to sleep.

The next morning as we set out, Basant points to a small pasture on the opposite hillside. “Tahr,” he says, pointing to a patch which the first rays of the sun are hitting. I can see three with my binoculars, but they’re too far away to be seen clearly. So we set out for Dhel, the last high-altitude meadow before we begin our descent. To get there though, we’ve got to cross the Supakhani Pass. There’s no path to the pass — just a trail, about 6 inches wide. It clings to mountainside after mountainside, with sheer drops of a few hundred metres. At times there are landslides, which shift ominously under foot. “We’ve got to get across by one,” says Basant, egging me on, as the mist rolls up towards the pass, reducing visibility to about 10 ft. For once, I’m really scared. We make it across the Supakhani Pass at five past one. Behind us, the mist has set in thick and fast, and you can barely see a foot ahead. As Basant lights some dhoop at the devta on Supakhani, I mutter a relieved prayer. 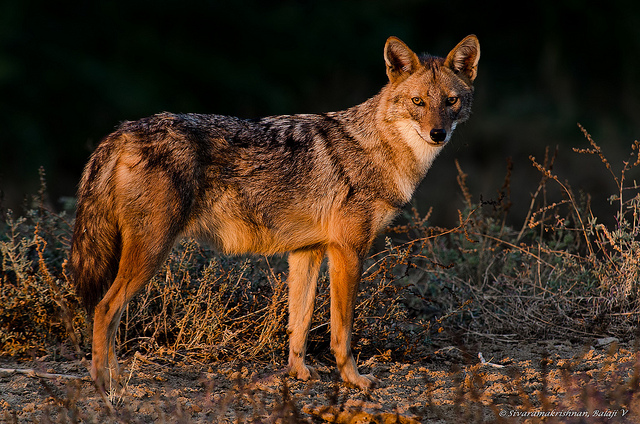 Once across the Supakhani, we enter the vast rolling meadows of Dhel Thach (alpine meadow). This is bear country, and we often came across paw prints along the trail. Frost has turned the grasses in the meadow a dull rotting brown, but every rock is carpeted with tiny red flowers. The walking here is easy and, an hour later, we arrive at the beautiful wooden hut at Dhel.

From here on, our route descends into the Sainj Valley, to the small farming village of Lapah, where wooden houses and temples alternate with cornfields and small courtyards. Children play on cobblestone paths, while grandmothers sit sunning themselves on precarious wooden balconies that run around the houses. After Lapah comes Neuli, the roadhead in the Sainj Valley, where our car is waiting. “You haven’t seen the jujurana, so you’ll come back,” says Basant, as we sit at a restaurant in Neuli. “I definitely will,” I slobber, stuffing more Maggi noodles into my mouth. I’d come back to hear him sing Himachali songs by the campfire, I’d come back to see the hundreds of different butterflies on the meadows, to walk through the deep forests, and to see the lammergeier soar through the valleys.

Location: Situated in the Seraj Tehsil of Kullu District, the Great Himalayan National Park, one of the most famous national parks in India, is 50 km from Kullu Distances 500 km N of Delhi, 270 km N of Chandigarh

Route from Delhi NH1 to Chandigarh via Panipat and Ambala; NH21 to Aut via Bilaspur and Mandi; state road to Gushaini via Larji and Banjar

When to go: The park is open throughout the year. Apr-May is the best time to visit. By this time, the snow melts, and the ground is clear of the grass that makes climbing difficult. Fall (Sep to mid-Nov) is also a good time to visit the park. The monsoon rain and the winter snow make trekking fairly difficult. But it’s only in the winter that animals like the snow leopard and tahr descend from higher altitudes

Permits Available from the Tirthan Wildlife ACF Office at Sai Ropa (Tel: 01902- 265320), and from the Jiwa Nal Wildlife Range Office at Larji. Permit fee: Indians Rs 50 per day; foreigners Rs 200 a day for the first 5 days

Go there for Tragopan, tahr and snow leopard

Akshai Jain did many degrees in Philosophy and didn’t quite know what to do with himself after that. So, in true Philosophical style, he wandered. And one fine day, he wandered into the office of Outlook Traveller magazine. He’s glad that he’s paid to do what he loves best.