Home
|
Wildlife
|
See me if you can- Simlipal Tiger Reserve 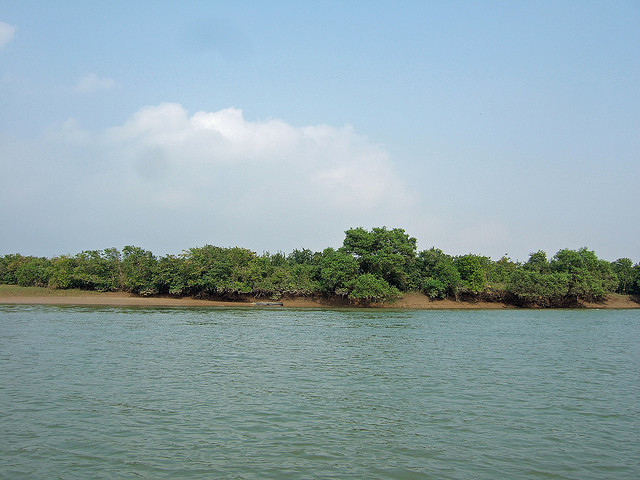 A late afternoon sun plays hide-and seek in the dark jungle. The thick canopy of trees allows only narrow strips of the golden rays of sun to fall on the ground. An eerie silence prevails all around, broken only by the whirring of our vehicle. We are only a few kilometres away from the Pithabata Checkpost, an entry point to the reserve, but it feels as if we are already quite far away from people and places. It’s an uphill climb, and as our jeep negotiates serpentine bends, we are treated to a panoramic view of the plains and the adjoining hills.

The greenery is overwhelming — tall majestic trees reach out to the sky, their branches spreading out with gay abandon. The thick trunks of some trees would put even the richly carved pillars of monuments to shame — decorated as they are with natural engravings (made by worms, we are told), while others have creepers entwined on them. 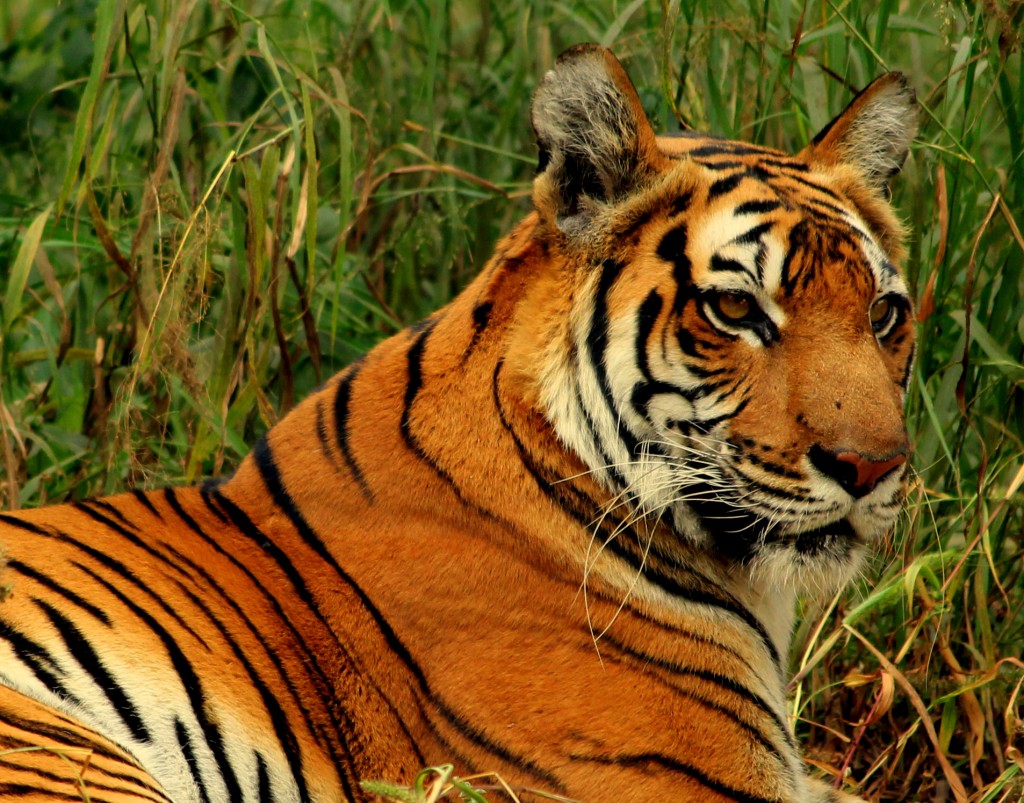 A group of monkeys, a solitary bird and a squirrel are the only animals we see before reaching the beat house at Bhajam Check Post. We decide to stretch our legs here. We take a look around the beat house — it’s a small tin-and-cement structure with a trench running around, for protection from wild animals. There are many similar beat houses in the forest, we later discover.

The afternoon sun is fading and our guide urges us to resume our journey. Our rest house is still an hour away and we should be there before nightfall as driving in the sanctuary at night is prohibited. After driving for a while, our jeep slows down and the driver gestures us to look ahead. A herd of wild boars crosses the path ahead, and the young ones run to catch up with their mother.

We come across scattered tribal hamlets. The heady smell of ripe paddy, the smoke from small kitchen fires and the sight of farmers returning from their fields with bundles of paddy transport us to a different world. Our guide mentions that this stretch of the forest is elephant territory as the jumbos often come to feast on paddy. But the elephants elude us, and after a few minutes of uphill driving, we reach the Barehipani Rest House where we are to halt for the night.

It is completely dark and the roar of the waterfall is the first sound we hear when we alight. We talk to the old watchman who regales us with many tiger tales. Simlipal Tiger Reserve is famed for its tiger population (101 as per the last census, though this figure is a subject of debate) and we wonder if we will catch a glimpse of the Royal Bengal Tiger. The watchman emphatically replies in the negative. The tigers remain deep in the jungles, in the core area, and have not been sighted in these parts for a very long time. After a delicious dinner of hot rotis and curry, we retire to our rooms and the roar of gushing water lulls us to sleep. Next morning, we are up early. In the dark hours of dawn, we peep through the windows to take a look at the Barehipani Waterfall. The log house (appropriately named Fall View, said to be a modified version of a log house used by a local king during shikar) is strategically located to allow visitors to have an excellent view of the waterfall and the hill ranges. 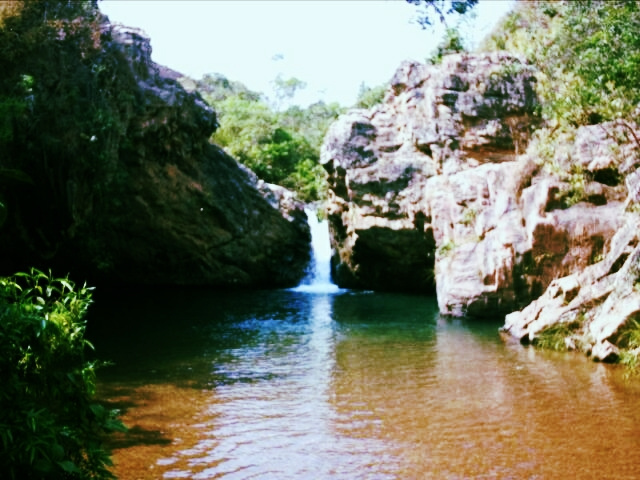 Our first stop is at the Nawana Valley, which looks heavenly in the morning sun. We rest for a while at the delightful Jamboo Bridge, and drive to the Joranda Waterfall through a stretch of fields and small hamlets. During the return journey from Joranda, we spot a small herd of deer, which crosses our path, waits a while on the roadside as if posing for us, and then leaps into the undergrowth.

Chahala is our next destination. Located in the core area, this is perhaps the place most visited by tourists. Set in a big clearing, enclosed by a trench on one side and a fence on the other, it’s an ideal place to spot animals. The salt licks nearby draw animals; you can also view them from a watchtower. Our vigil at the tower that evening is rewarded by the appearance of a large herd of bison. Two days in the lap of nature and we are reluctant to leave these beautiful surroundings. However, it’s time to return and we try to enjoy the last hour of drive in the forests. Before we reach the checkpost at Tulasibani, we stop near a stream and a meadow at a place called Jamuani. Paddy fields and golden yellow fields of mustard spread around us. We bid goodbye to Simlipal, and I read the words put up on the gate: “Tiger Calling U, Visit my Home Again and See me if you can!” True to those words, we would certainly have to return to spot the big cat in its lair.

Simlipal Tiger Reserve is a dense hilly tract of forests spread over 2,750 sq km. It’s part of the Mahanadian Biogeographical Region, and the forests fall within the biotic province of the Chhotanagpur Plateau. Local legend has it that the forest probably derives its name from the Simul trees, which are known for their attractive red flowers. There are several high mountain peaks here such as Khairiburu (1,178m) and Meghasani (1,158m). As many as seven major rivers and their tributaries flow through these forests, and some of them have mugger crocodiles and mahseer. Statistics reveal that there are 1,076 plant species, 231 species of birds, 42 species of mammals, 29 species of reptiles and 12 species of amphibians. The forests contain flora and fauna, some of which fall in the endangered category in the Red Data Book of IUCN (the International Union for Conservation of Nature and National Resources). 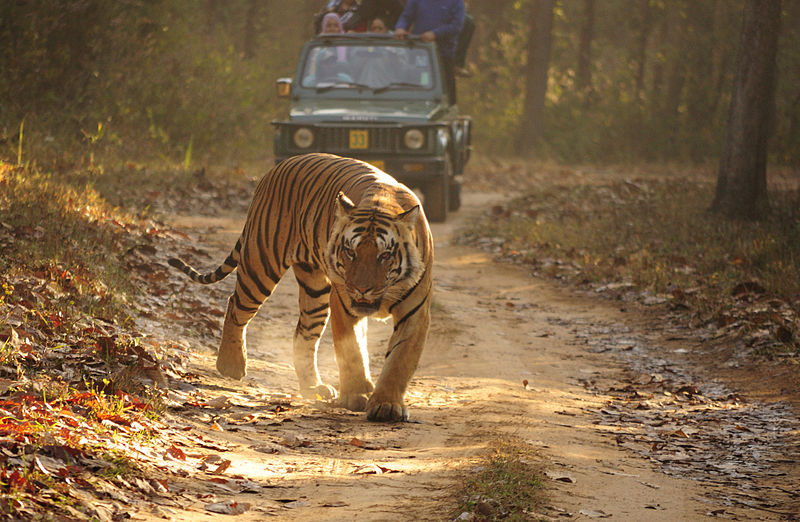 The Simlipal Tiger Reserve came under the Project Tiger conservation plan in 1973 and a part of the core area was declared a sanctuary in 1979. The entire region, including the buffer zone and adjoining areas, is known as the Simlipal Biosphere Reserve. There are a number of tribal villages within Simlipal, and most of them are located on the periphery of the reserve. The presence of these villages is one reason why Simlipal hasn’t been declared a National Park as yet. Grazing of livestock is a problem, as are forest fires, usually caused by the callousness of human beings. Some members of the indigenous community (tribes found in the region include Khola, Santhal and Mankadia) indulge in mass hunting as a ritual.

Location: In Mayurbhanj District in the northern part of the state, close to the Bengal-Bihar border, 22 km away from the nearest town of Baripada Distances 270 km N of Bhubaneswar, 262 km SW of Kolkata

Route from Bhubaneswar NH5 to Baripada via Baleshwar; forest road to Pithabata Route from Kolkata NH6 to Jashipur via Panskura and Kharagpur; forest roads to Gudgudia/ Chahala

When to go: The reserve is open roughly from Nov 1 to Jun 15. The ideal season to visit is between Nov and Feb. Nights can be cold, so carry warm clothes and blankets Best sightings of animals are in Apr-May; wild flowers and orchids bloom at this time too

Go there for Elephants, leopards, tigers 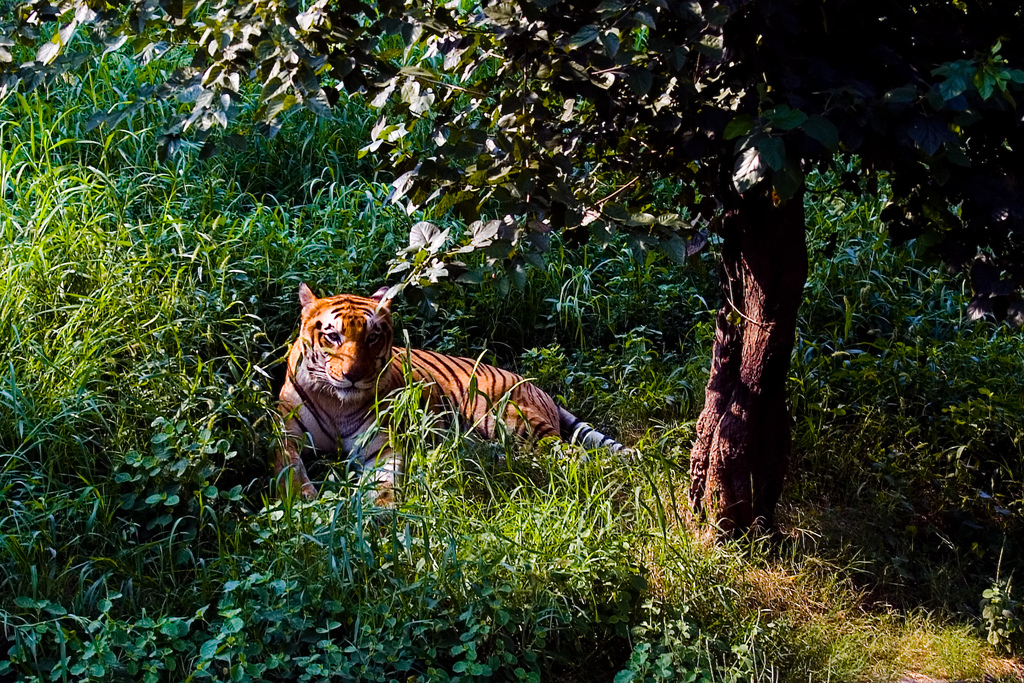 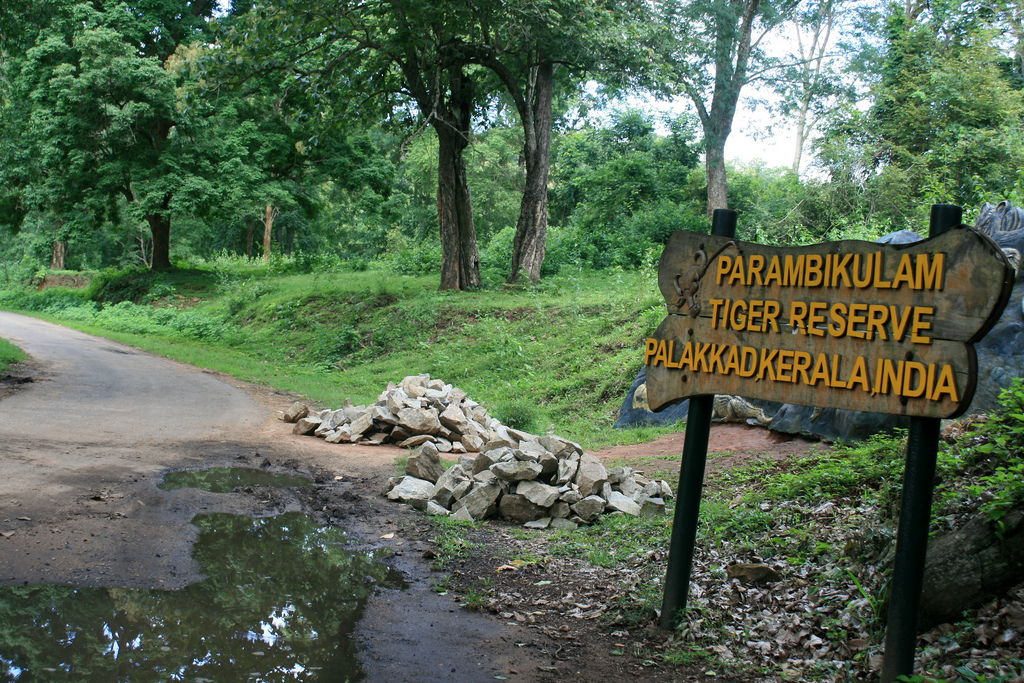