Home
|
Places to Visit
|
A Trip to Orchha: A Kingdom of Nowhere! 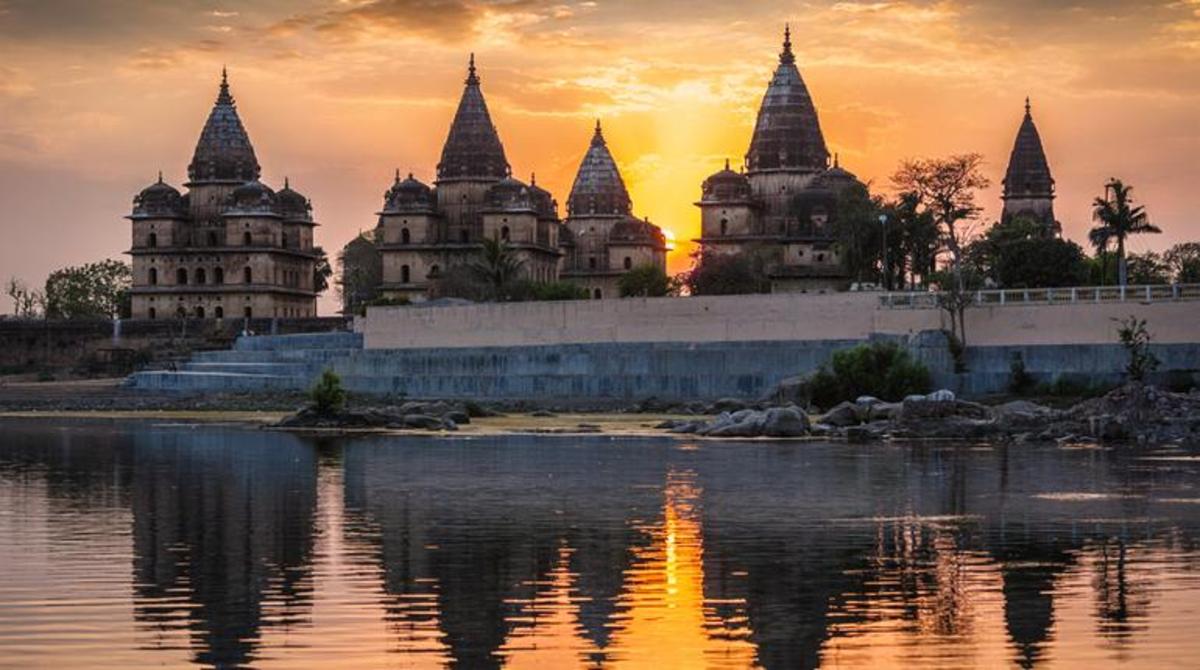 Lost in the 18 CE to dense forest and the mighty River Betwa, this palace city in Madhya Pradesh has now been defrosted for tourist consumption. Take a trip to Orchha to treat yourself to some of the lost but most beautiful palaces and stunning temples, wrapped in interesting tales. Come, take a look:

The oldest building in Orchha is the fort-palace of Raja Mahal built by Rudra Pratap (r. 1507-1531). The mahal, a rather serious and self-contained structure, houses two rectangular courtyards and one of the courtyards has a dancing platform and a fountain.

Up ahead from the Raja Mahal stands the Jahangir Mahal, built in the 17 CE by Raja Bir Singh Deo. The palace is an impressive structure. Heavy yet light, climbing three storeys high with apartments topped with domes and hanging balconies, it’s a fetching mix of Indo-Islamic architecture. 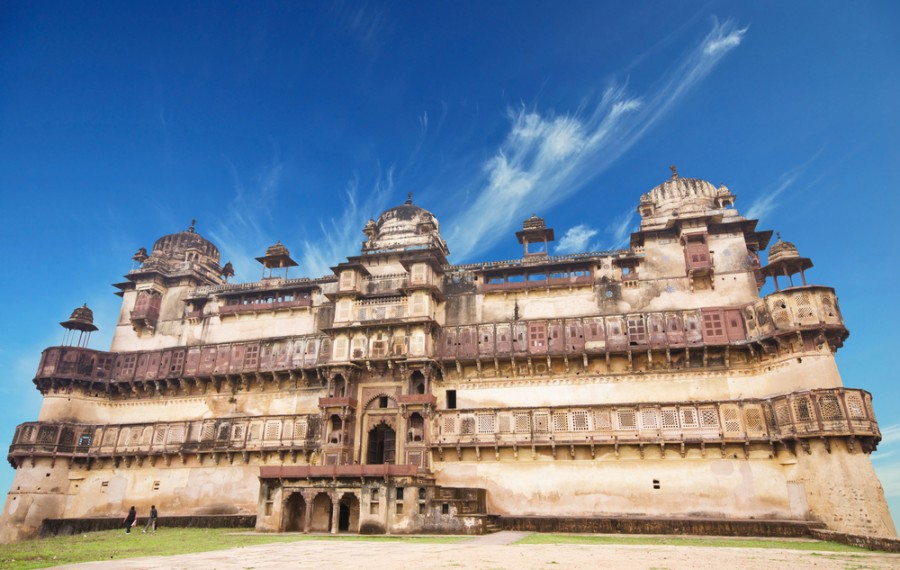 The last palace in the series is the Rai Parveen Mahal, just below the Jahangir Palace. Make your way over there by stepping down the hill beside the royal hammam and unth khana, the camel stables. The mahal is a simple two-storeyed structure with an octagonal Mughal garden on one side. Inside, on the second floor, look for the painting of Bir Singh’s favourite courtesan. 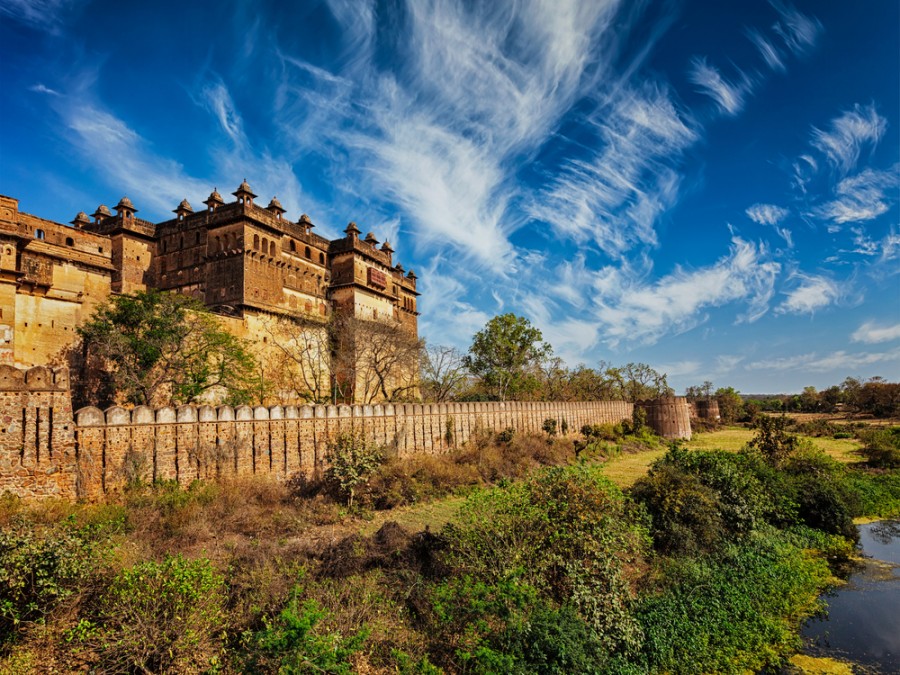 Beyond the palaces, one can make out the beckoning shikhars of four temples lying in the middle of the fields. A kilometre-long hike will bring you to the closest one, Shiv Mandir. Some 980 ft away, across a wheat field stands the Panchmukhi Temple complex, where three temples have been converted into living quarters by the villagers. Next comes Radhika Vihari, which doubles up as granary, and then finally Van Vasi Ram Mandir, with an attached but deserted ashram. 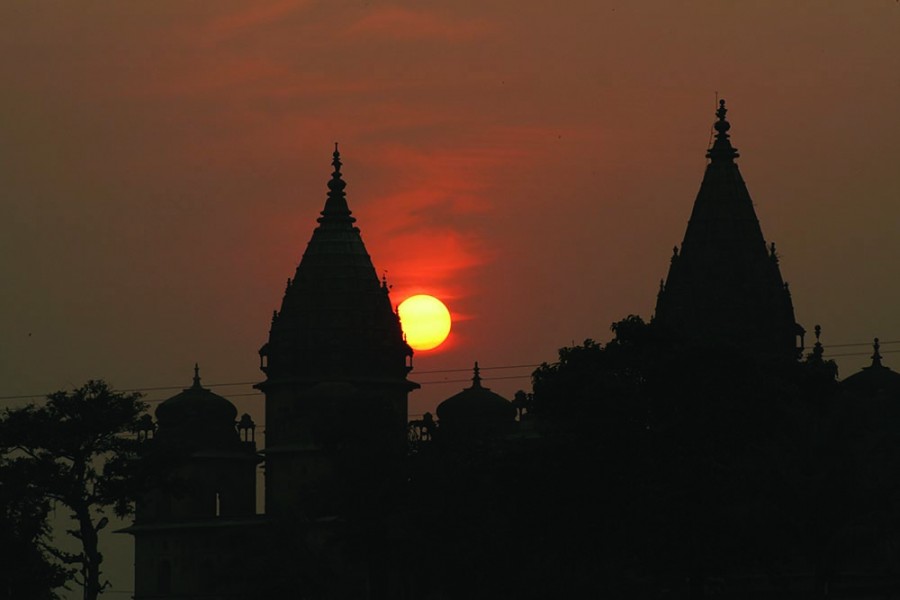 The Ram Raja Temple is unusual for the reason that its resident is worshipped as king and the temple is not a temple, but a palace. Then there is the famous Chaturbhuj Temple which is located near the Ram Raja Temple. 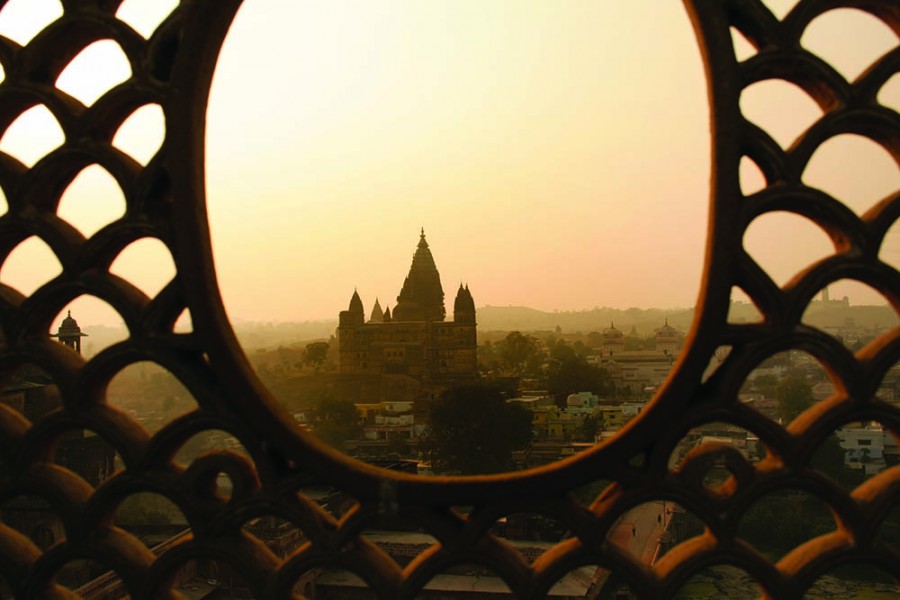 Entering the Chaturbhuj Temple is similar to entering a European cathedral. Everything, from its vaulted roof to the massive doors and the large hall, reinforces the impression. For an adventurous climb, try the stairway to the top of the temple, from where you can view the entire city. 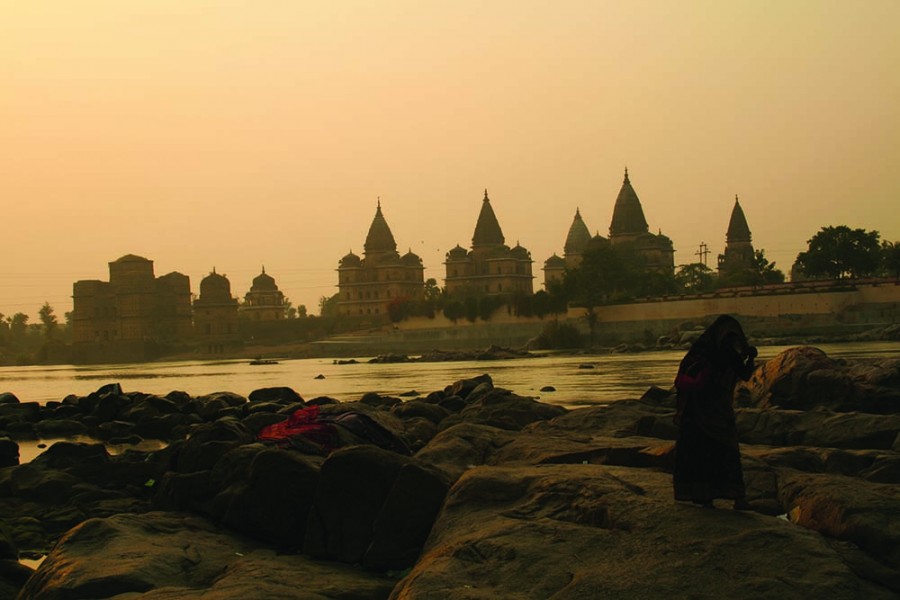 On the riverbank, south of the Chaturbhuj Temple, stand the Royal Cenotaphs. Here you can admire the carved marble portrait of Madhukar Shah and the crumbling remains of Bir Singh’s cenotaph. The best view of them can be had from the other side of the river, provided you don’t mind skipping over boulders.

Rafting on the Betwa

For a close interaction with the inviting Betwa, try rafting. MP Tourism organises two river safaris at Orchha. Beginning from the pristine Kanchana Ghat, the one hour and 30 minute package (3 and a half km/INR 1,200) culminates at Shiv Ghat with refreshments. The 3-hour package (6 km/INR 2,000) includes breakfast or lunch at Shiv Ghat and goes up to Note Ghat. The raft accommodates a maximum of six to eight persons. Monsoon (July-Aug), when the river is in spate, is the best time to raft; there might not be enough water in some summer and winter months.

Throw all your accommodation worries to wind when you visit this quiet palace city as there are loads of good hotels in Orchha, ranging from plush properties to budget options. For the experience of it, you can stay within the royal citadel of Orchha at MP Tourism’s Sheesh Mahal–the former hunting lodge of the Tikamgarh-based Bundela royal family. Even the bathrooms offer impressive views of the ruins.

Set right on the banks of the Betwa, in the grounds of the erstwhile Maharaja of Orchha, is the Bundelkhand Riverside Retreat. This beautiful and spacious retreat is a walkable distance away from the famous heritage sites. If you love rivers, this is the one. The terrace has lovely views.

Most of the local eateries are around Ramji Mandir. For breakfast, head to the Ramji Mandir courtyard, where sweet shops dish out aloo-puri in leaf plates with a bowl of curd. In the evening, the same shops serve aloo chaat and samosas.

Other, more expensive options include the air-conditioned restaurant at Orchha Resort (near the riverbank) and the airy and palatial diner at Sheesh Mahal (within the fort). The North Indian fare served in the hotel restaurants is decent enough and they all welcome guests from outside. Just phone earlier to be sure, though.

October-March is the best season. But if you don’t mind the heat, visit between late March and early April when the landscape is painted bright red with lovely flowers. 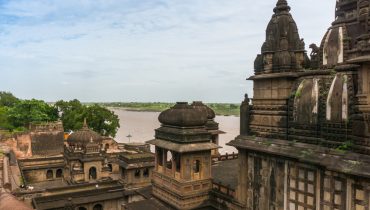 More about this author
Author 1154 Posts