Home
|
Places to Visit
|
Pavagadh: A Confluence of History, Myth and Religion The ancient town of Champaner in Panchmahal holds a special place in India’s great political past. It has been the centre of many conflicts, starting from the time of the Khilji Dynasty. This former capital of a Hindu kingdom was then captured by the British and divided into eastern mahal and western mahal. Together, they make the Champaner-Pavagadh Archaeological Park. A UNESCO World Heritage Site, the park is a living microcosm of history, culture and architecture. 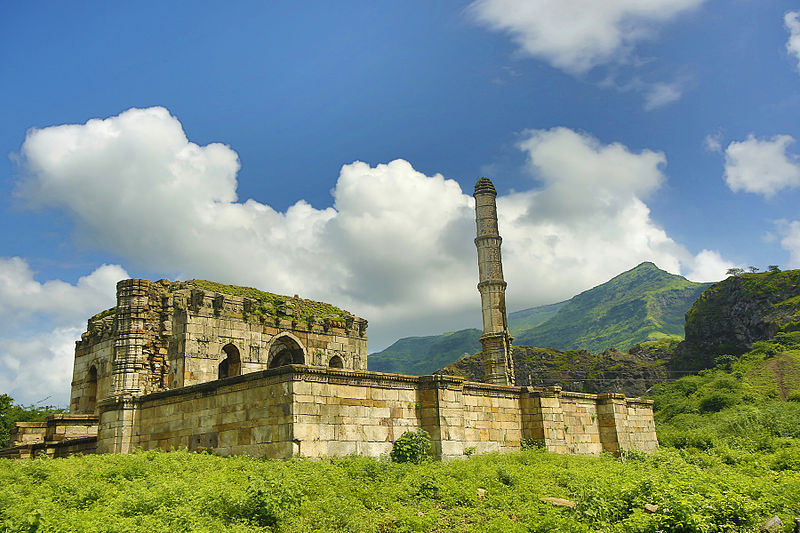 Rising majestically from the plains, Pavagadh Hill is a 822 m high volcano. The erstwhile capital of Gujarat has an ancient Kalika Mata Temple. Pavagadh or Pavgadh means “one-fourth hill” or “fire hill”. Legend has it that the right foot of Sati fell here and that the gods sent a large hill on Rishi Vishwamitra’s request to fill up the space thus created so that the sage’s cow don’t fall into it. Pavagadh was ruled over by the Patai Raval family, and the ruins of the Raval Palace can still be found at Machi. 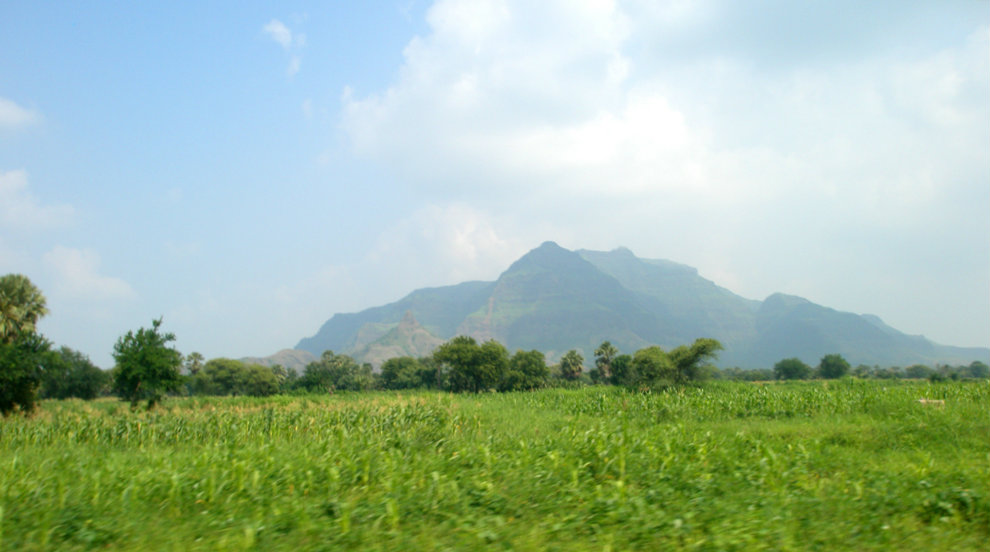 Pavagadh is approximately 45 km away from Vadodara. You have two options to ascend the hill–one is to either climb the pilgrim trail which takes around 3 hours; the other is to take the shuttle from the Champaner Citadel’s south wall. The shuttle will drop you mid-way, and from there on, you’ll have to walk. There are many refreshment shops and souvenir stalls along the trail. You can also take the ropeway and glide over the beautiful landscape to reach the Kalika Mata Temple at the summit. The ropeway operates from 6 AM to 6 PM and takes around  six minutes to cover the trail. 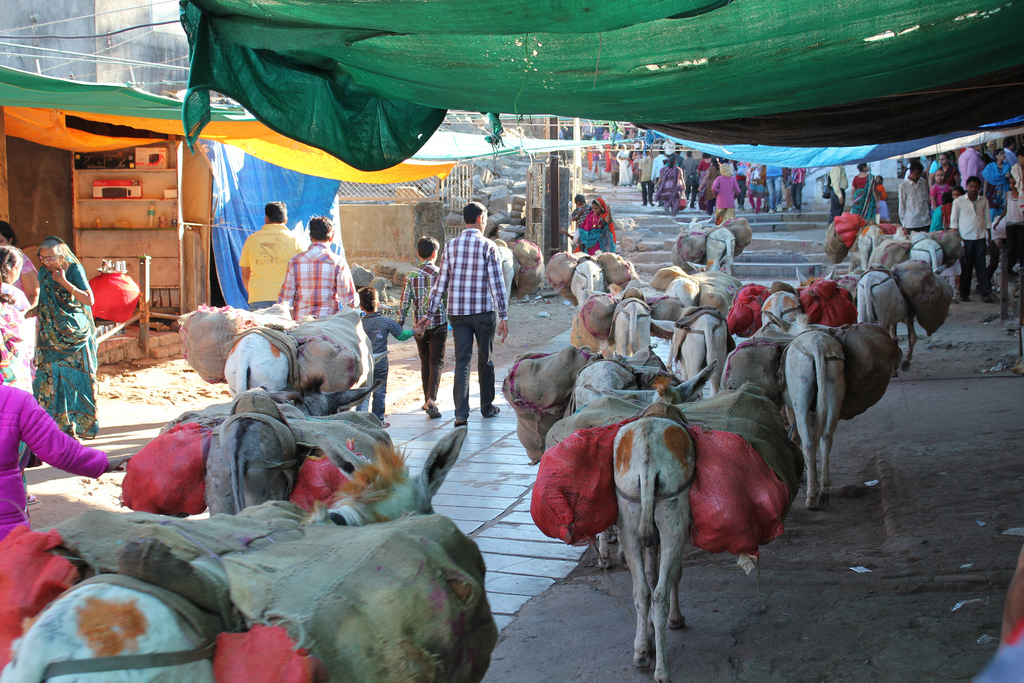 The trek up to the temple (Photo by Arian Zwegers)

The archaeological park houses many places of historic and cultural relevance. One of the most striking site is the Panch Mahuda ki Masjid, of which only ruins are left. The Lakulisha Temple, dating back to 10 and 11 CE, is among the oldest surviving structures in Pavagadh. On the way to Kalika Mata Temple, you will come across two Digambar Jain temples, Teliya Talav and Dudhiya Talav. 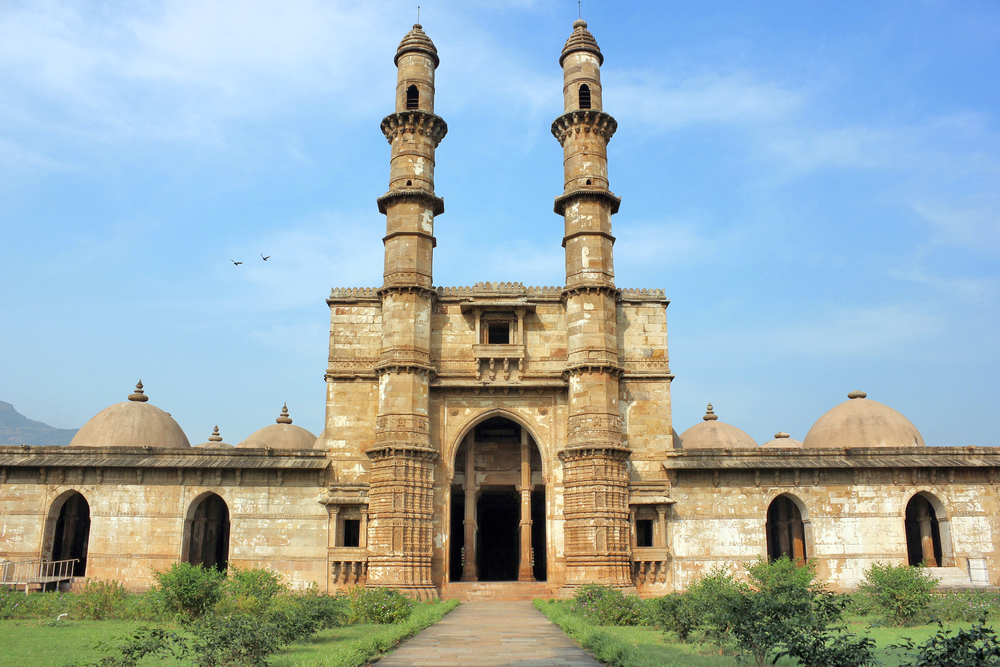 Jama Masjid is a grand structure, with two 30 m high minarets guarding the entrance. Kevda Masjid is famous for its mausoleum and intricately carved mehrabs. It is advisable to keep some buffer time while visiting this place as there are no guides to show you around. The paths are rugged–in tune with the melancholic remnants of a once flourishing empire.

The base of the hill is a lush retreat, replete with parks and ponds. Vada Talav, Kabootar Khana and Virasat Van make up the topography of this region. The hilly terrain is home to many plateaus. Machi Haveli is one of those structures that have stood witness to long years of conquest, conflict and political conundrum.

Pavagadh, being a hill station, is home to a bustling tourism industry. There is no dearth of hotels and guest houses which can accommodate all kinds of travellers. Though situated a few kilometres outside Pavagadh, Aum Health Resort is a luxury hotel, ideal for those looking to splurge. For a more economical stay, you can book Hotel Sarvottam, Mount Heritage Resort or Shri Hari Hotel. Set at the foothills of Pavagadh, Champaner also has some fantastic stay options. Stay amidst the lush green landscape and enjoy a royal treatment at Champaner Heritage Resort, a luxury heritage property that will take you back in time! 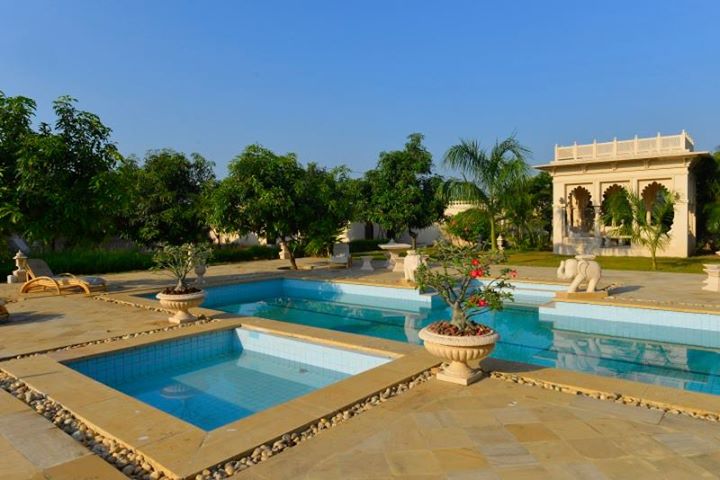 One of the biggest pilgrimage sites in Gujarat, Kalika Mata Temple attracts a large number of devotees especially during the Hindu month of Chaitra. Navratri, followed by Dussehra is celebrated with much fanfare and grandeur. The best time to visit Pavagadh is between October-December, and February-June. 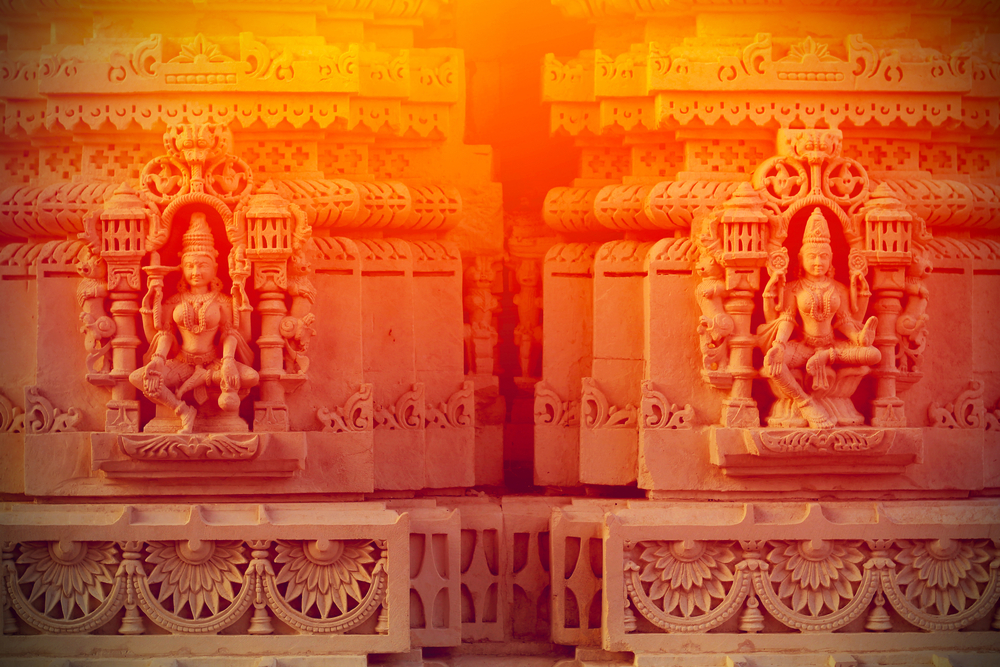 There are refreshment stalls along the trek to the top of the hill where you can stop a while and grab a bite. For a proper dining experience, you will have to drive to the city of Vadodara where there are numerous vegetarian and non-vegetarian restaurants. Don’t forget to try the khatti-meethi dal, a typical Gujarati delicacy made of lentils cooked in a savoury-sweet curry. 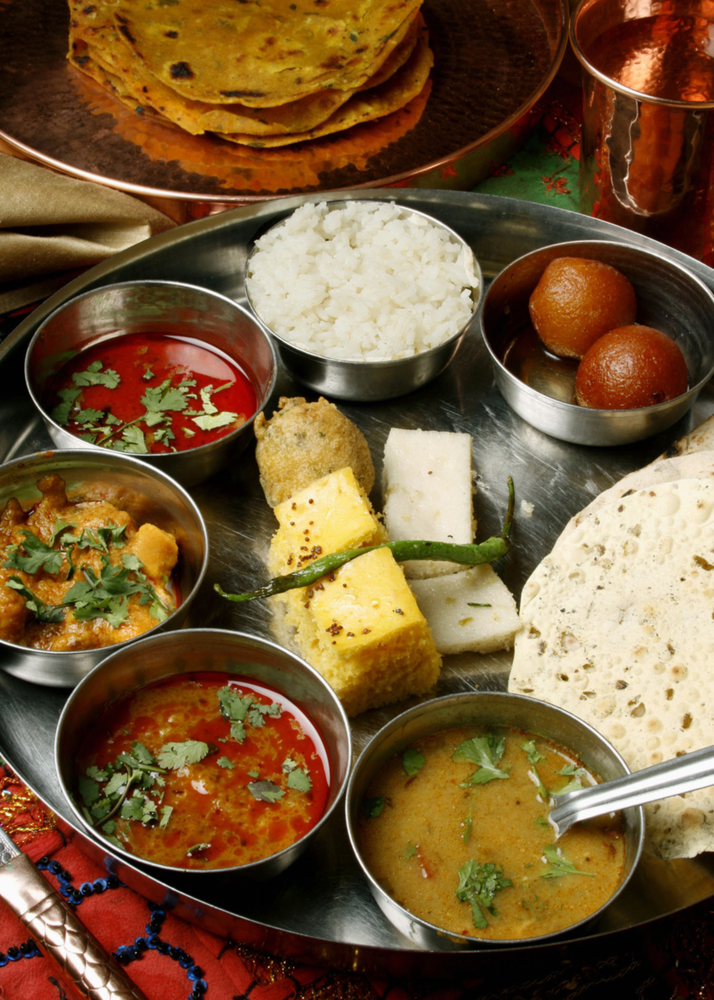 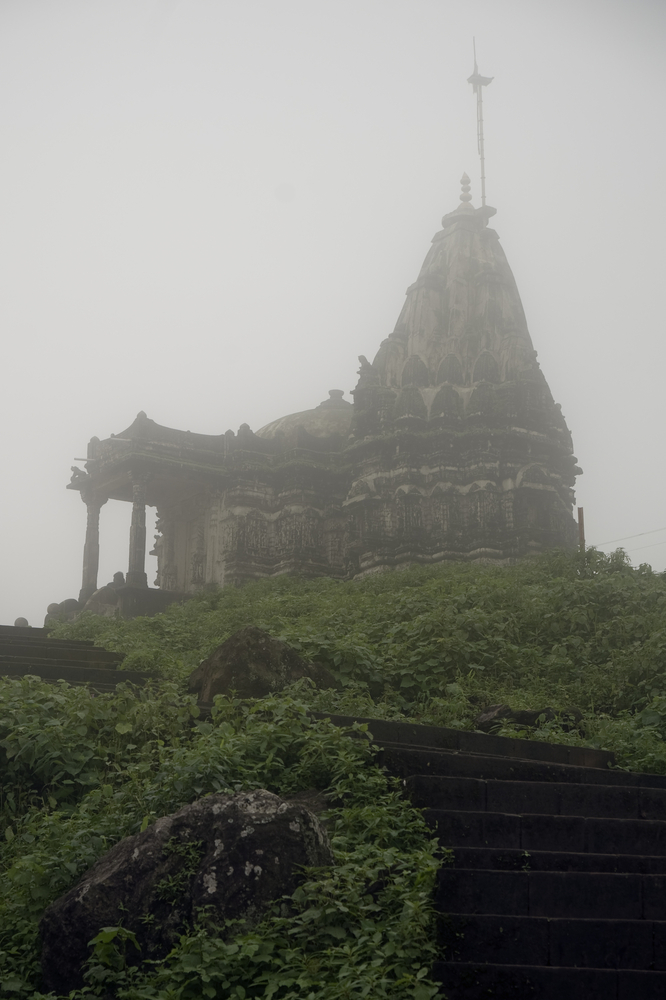 A journey to Pavagadh feels like a journey to the beginning of time. When the sands of civilisation were shifting and royal families in India stood guard against mighty conquests. Take out your cameras, because you don’t want to let the memory of Pavagadh fade away.