Home
|
Travel Ideas
|
News and Trends
|
Aadhaar Card A Must For All Senior Citizens! Come April 2017 and we have a news for you already. Starting April 1, Aadhaar Card would be made mandatory for senior citizens to be able to avail concessions on both counter and e-tickets. Reservation of rail tickets for senior citizens will be directly linked to Aadhaar or Unique Identification cards.

This move will be executed in a two-phase manner as decided by the Ministry of Railways. While it will be made mandatory from April 1, 2017, from January 1 to March 31, 207, the requirement will be on a voluntary basis (basically optional).

According to A.K. Manocha, IRCTC Chairman and Managing Director, “The linking of Aadhaar cards with train tickets for senior citizens is a salutary measure designed to streamline the  reservation process for people in such a category. This is a most ambitious push to an Aadhaar-based ecosystem in Indian Railways network that would end fraudulent bookings and curb cases of impersonation. In future, all ticket bookings will require an Aadhaar Card.”

It is believed that the advance verification of senior citizens has already been taken up. A notice has been sent to the passengers to submit their Aadhaar Card details on the IRCTC website starting December 1. And starting April 1, 2017, senior citizens (passengers) will have to carry Aadhar Card along with other original documents for the purpose of identity proof.

Manocha further added, “It will bring in transparency in rail ticket reservations for senior citizens, making the verification process easy and convenient. It will also prevent misuse of such a facility as ticket collectors can instantly verify the claims of passengers. Our objective is to ensure that only bona fide passengers with legitimate tickets travel in trains and thereby prevent revenue losses to Indian Railways.”

While adding new senior citizen passengers in the Master List, they need to provide correct and complete details like name, date of birth and gender as mentioned in the Aadhaar Card. Thereafter, they have to select Senior Citizen Concession Option as Yes/No, ID card type and provide Aadhaar number.

As a next step, they have to click on ‘Add Passenger’ button to add senior citizen passenger and authenticate Aadhaar details. Passengers will be then added to the Master List after verifying their details.

(excerpts are taken from Business Standard) 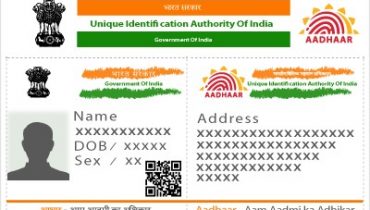