For a river that’s so woven into the fabric of Coorg, there’s precious little you see of the Cauvery. It leaps down from its perch at Talacauvery on the Brahmagiri Range and disappears, only to reappear like a divine goddess at Bhagamandala, where it meets the Kannike and the invisible Sujyothi. The descent breaks up the stream into tributaries that form such a lattice of rivulets, it could teach FMCG companies a thing or two about distribution. It is this network of veins that breathes life into Coorg, making it a living, pulsating organism. While nearly every estate has its own stream or waterfall, the main river silently slides through a thick forest cover, unnoticed. If it weren’t for the bridge after Kushalnagar, you wouldn’t even know it existed.

But the river runs almost parallel to an 18-km back lane that connects Guddehosur to the Madikeri-Siddapur Road. This unexplored stretch of the Cauvery, hemmed in by the Dubare Reserve Forest and the road, is one of the best riverside jaunts in Coorg. So hopelessly exposed, the river is forced to disgorge its little known treasures… the glint of a mahseer’s scales, the frolicking of elephants, the splash of blue of a white-throated kingfisher, the childish gurgle of the river and the dull ‘dwoop’ of a wild mango falling into the river before being swept away. For a special glimpse of the Cauvery River in glorious naked beauty, catch her unawares in Dubare. 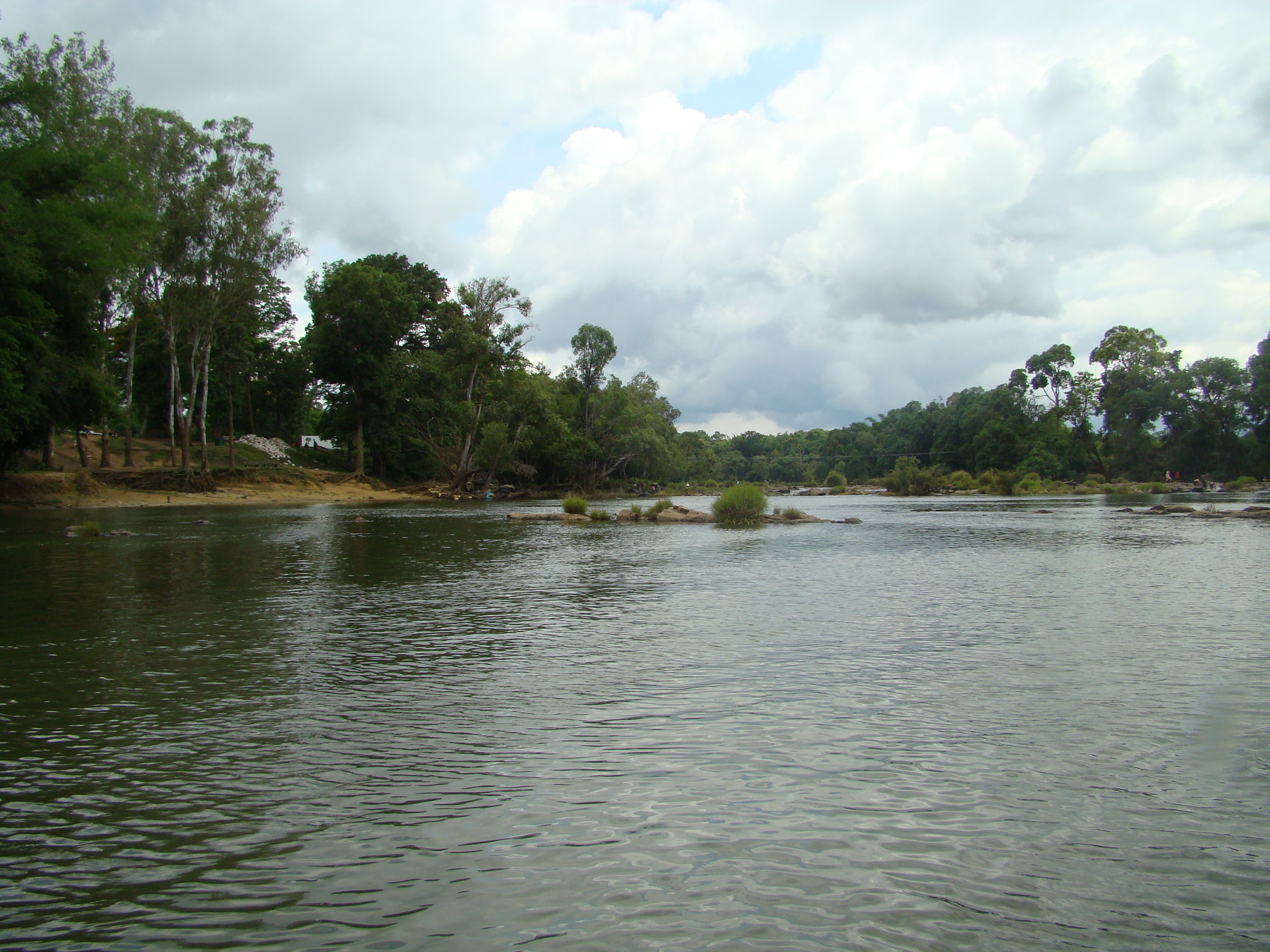 Quite naturally, all of the activities here revolve around the river. There’s angling at Valnoor, elephant bathing at Dubare, swimming at Hosapatna and, if you are adventurous, riverside walks that connect the three places in a jagged line. The presence of numerous mango trees on the riverbank has spawned a whole generation of agro-rural water sports. Since you can’t eat these wild mangoes, the best you can do is ‘fetch the mango’. Inane as it sounds, there’s something inherently playful about the Cauvery, which transforms even the most sober adult into an ill-mannered chimp. The Cauvery water-sharing dispute is but an extremely virulent form of this ailment. To see what it does to elephants, you must drop by at Dubare.

Jungle Lodges and Resorts (JLR) runs the Elephant Training Camp, sandwiched between the south bank of the Cauvery and the Dubare Reserve Forest — a place to watch elephants in different states of euphoria. Traditionally, this was where the elephants for the Mysore Dasara used to be trained. Currently they lead a pensioner’s life, used mostly for jungle rides and sometimes for capturing new recruits with help from the local Kuruba tribes. JLR has cottages for tourists and offers many packages. They also promote day visits (INR 1,000 per person), which have as part of the package lunch, tea/ coffee, trekking with a guide, a coracle ride and an interaction with the pachyderms. In fact, they even have a morning package (INR 500 a head, 7-10 am), which includes an elephant ride, interaction and coffee.

The 2-to 3-hr Elephant Interaction Programme at Dubare starts early at 7 am. It kicks off with a luxurious 45-min (approx) bath for the elephants in the Cauvery, where you get to scrub the elephant. The harder you scrub, the greater the likelihood of him remembering it. The bathing ritual is followed by a feeding frenzy, wherein they are fed huge amounts of ragi, and some jaggery. Since you’ve been so good to the animal, he’ll dress up in his howdah, put your utterly pooped self on his back and take you on a 30-min ride into the jungle. Whoever said a dog was man’s best friend? To get to this camp across the river, take the left turn from Guddehosur Intersection 4 km after Kushalnagar, cross Hosapatna and turn left again at the elephant signboard. A 3-km ride on a bumpy road will get you to the riverbank. There’s parking space to your left and also a small tea stall, where you can ask for the boatman in case he isn’t to be found by the river. A to-and-fro ride is included in the package. An uneventful crossing would take just 5 mins.

State: Karnataka
Location: The Dubare Forest, a popular haunt with tuskers, lies on the southern bank of the Cauvery in eastern Kodagu (Coorg).
Distance: 237 km SW of Bengaluru; Journey time: by road 6 hrs
When to go: The best time to visit is from September to May. During July- August it rains heavily and the Cauvery turns turbulent and muddy, unfit for fishing and highly unsafe for crossing.

About the author: Anurag Mallick is a nomad at heart and writer by choice.