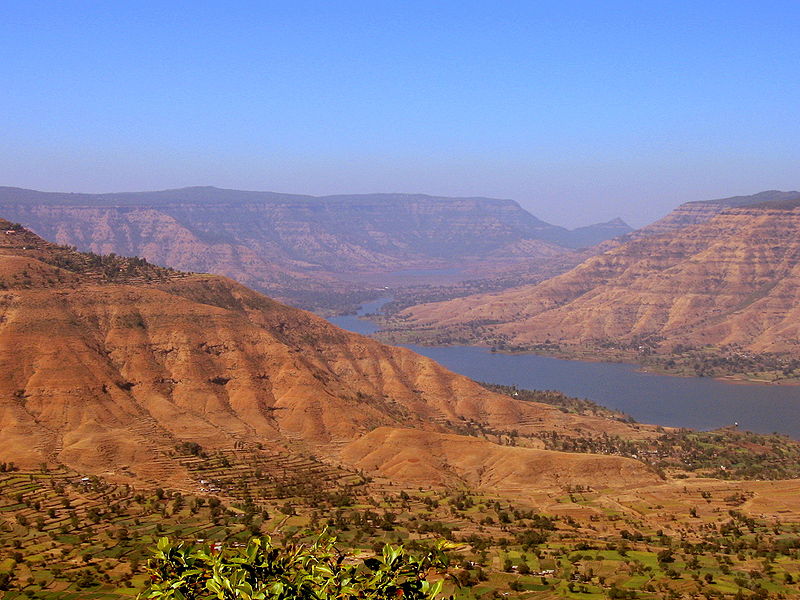 There’s a thrill that comes with setting out early in the day. In loading bags and checking maps while others are asleep, there’s a calm expectancy, an understated sense of purpose. We travelled in May, when it was scorching; our white car turned brown and we left a trail of dust across two districts. It was pleasing to leave Mumbai behind. 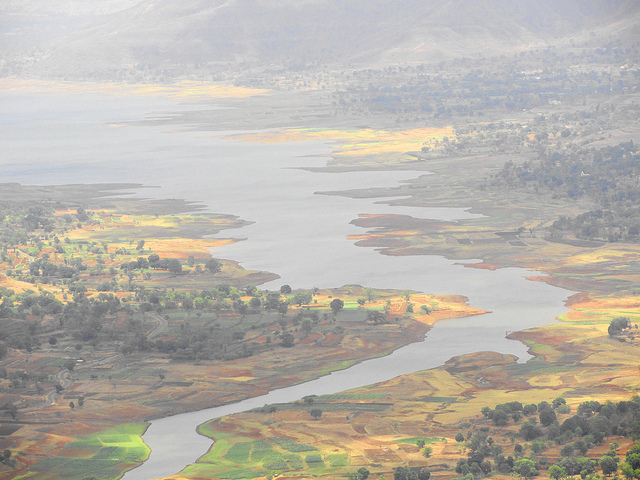 A road with cheeping birds and bougainvillea-covered farmhouse-gates took us into Raigad District, where the beaches start. Imagining how some stretches might look in winter, with the road curving along the sea and fishing boats bobbing in the breeze, we made solemn pledges to return in better weather. No two beaches here are alike. If you love the sea, you’ll savour the variations in setting, sand and trees, even the feel of wading in. They aren’t unspoiled though: tourists drive in often from Mumbai for noisy revelry. The popular spots can be pricey but driving between these provides glimpses of villages with women carrying pots, fish spread out to dry, roosters in a bad temper, children digging diligently, old men in Marathi caps looking around, and nobody in any great hurry.

We tried straying from the main roads. Villagers, perhaps not to offend us, gave us directions even when they weren’t sure, saying ‘right’ or ‘left’ as if from the flip of a coin, and in the parched shrubbery the car took turn after turn like a drowsy, indecisive beetle. We did find some good, leafy walking paths though, with butterflies winking in the sun, mangoes fallen on the ground and insects in war paint patrolling their tree-turfs. The hills were a relief. To drive towards Mahabaleshwar in the late afternoon was to wonder how the glaring heat could change so nonchalantly to wind, cloudy skies, thunder and lightning. We caught what might have been the first rains of the year in the area. 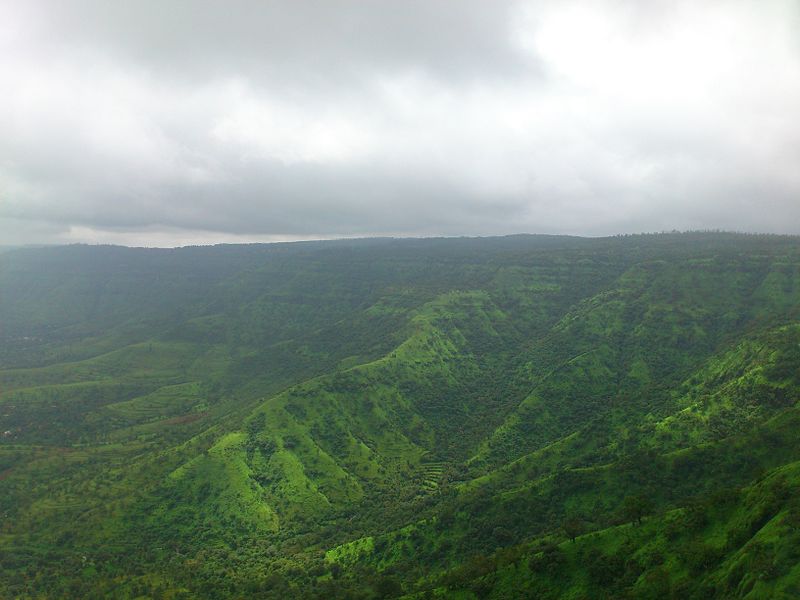 The towns themselves, especially Mahabaleshwar, have been ravaged by tourism and could be harrowing to drive around in; what we enjoyed more was driving into the Krishna River Valley, through relatively small towns, and finding quiet spots. Along the coast and up in the hills, there are numerous places where you can lie on the grass, read, play the guitar.

It would be interesting to look out for cosy, unknown patches that aren’t big enough to be destinations, like a stretch of sand between the beach-towns, or, in the hills, ledges of rock beside the main road. If you wander a bit from the well-known spots, you’re likely to find these. A caveat: some tourists arrive at these places expecting to see something tangible, some sort of show, and then don’t quite know what to make of it. This route is more for nonchalant travellers who want fresh air, a river to dangle their legs in, the feel of a road under tyres, the hiss of the sea, and a tune to hum with the windows rolled down.

The two main highways on this route, NH17 and the Mumbai-PuneExpressway, driving. The other major roads were pleasant to drive on, and we didn’t see too many spectres of overturned vehicles. The interior roads are mostly bad. Our car, a Tata Indigo, got a battering on our impulsive detours. Something tougher like a Qualis or a Scorpio would have been ideal. Some of the stretches, especially in the ghat sections, could be dangerous in the monsoon, when roads deteriorate. Boulderpiles and naked roots sticking out of slopes remind us that minor landslides have occurred before. At hill stations, the narrow roads leading to popular ‘points’ could get rough in the monsoon. The NH17 connects Mumbai to Goa and is always busy. The road starts from Vadkhal Naka Junction. The stretch from Alibaug to Murud is a delight to drive on, but look out for the many junctions, which are well marked with direction boards. After Alibaug, there are very few mechanics and petrol pumps on this stretch, till Murud. Like the rest of this route, it’s best done by day. After Murud, there are several ways of moving into Satara District where the two hill stations are. 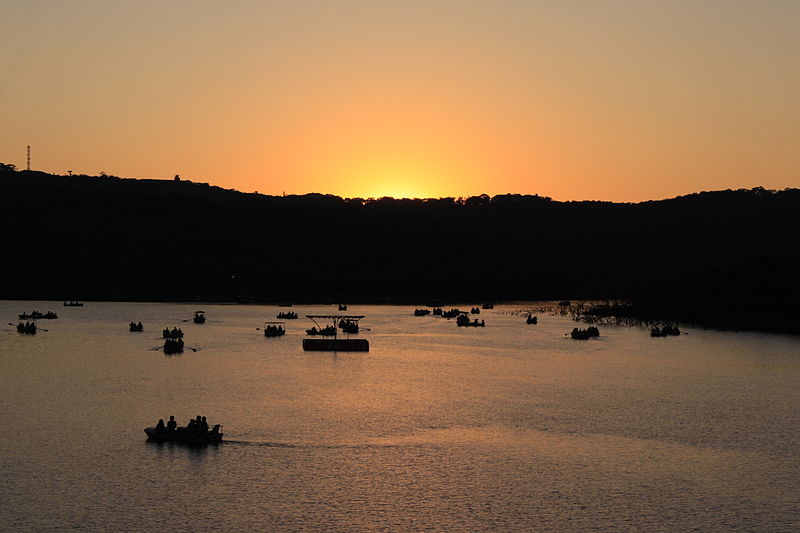 For the drive to Mahabaleshwar, we went through Roha and the industrial Mahad-Poladpur belt. There are at least three roads that take you from Murud to Roha; we chose a shortcut that had recently been constructed. It’s a calm drive through a thickly forested ghat with almost no traffic, but the road is deserted and broken down in stretches, and is best avoided in the monsoons. It’s a smooth drive on the dual-lane road between Roha and Kolad with the Kundalika River coasting merrily alongside. There are petrol pumps and auto garages too, and before continuing towards Mahabaleshwar and Panchgani, it might be a good idea to fuel up and check your tyres. Mahabaleshwar itself is choked with traffic; Saturday evening there in summer is the worst sort of driving assignment. Panchgani has steep, narrow roads but fewer cars, so it’s not quite as bad. This circuit will involve driving through NH4, which is a difficult highway. We ploughed through a noisy, honking mess of traffic, bypassed Pune and got onto the Mumbai-Pune Expressway.

If you wish to halt at Pune, remember that you’ll have to contend with the city’s traffic after all the stress of the highway. The Expressway’s a relief, but don’t get carried away and start speeding; there are overturned trucks every now and then. Tyre-bursts are common at high speeds on this stretch. There are a few toll gates on the way; the charge is between Rs 10 and Rs 15, and the waiting time at each is minimal.

Kaushik Ramu took courses in Engineering and Management and spent two years in the corporate sector. He is now on an indefinite sabbatical. Natural systems, alternative views of development and consequences of formal education are some of his interests.