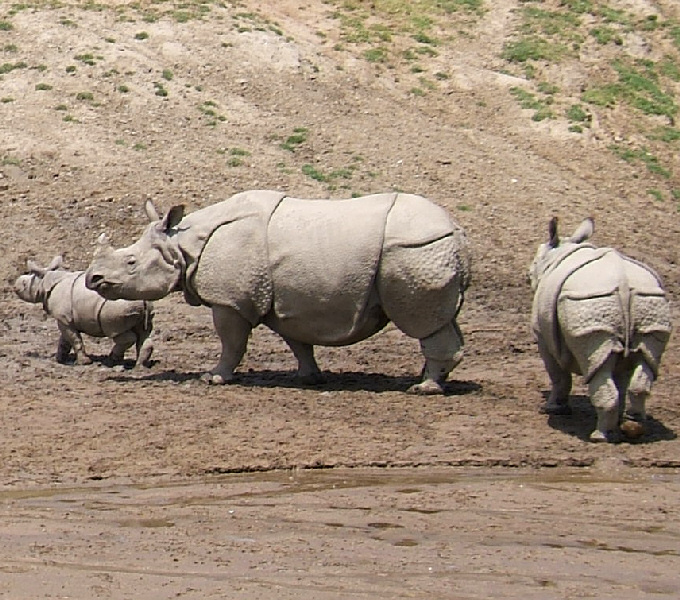 Orang National Park is a quick drive from Guwahati. Quick, except for the last 12-odd km of the bumpy country road, just a little better than a riverbed, winding past several newly sprung villages. By the time you get to the end of the trail, you expect a washed-out, encroached-upon, apology of a National Park, but instead, lush wilderness awaits: small, dangerously islanded by human invasion perhaps, but definitely wild.

A bunch of villagers cluster over a carrom board just outside the park gate. What hope can there be within? Yet, left to itself, nature resiliently retains its rhythms; 100m in and we’ve left the villagers and dusty markets far behind. Instead, a leafy gravel track greets us with a reassuring, high decibel forest buzz. Our tyres crunch into the silence and we turn watchful, dredging the sudden jungle for some sign of animal life. There’s none of the manicured wilderness of Kaziranga here — high grass and overgrown woody stretches line unexpectedly smooth forest tracks. Every now and then, curious hog deer stare at us approaching, waiting until the last minute to disappear into the jungle. Acres of new, brilliant green grass slope away from the track; scattered white fluff catches the afternoon light, glinting, unlikely snowflakes bursting forth from simul (silk cotton) pods. Startled wild boar dash off into the brush, frightening clusters of deer. Orang National Park is said to have a high density of tigers — in our brief tour, we can see that at least the prey base is quite prolific. 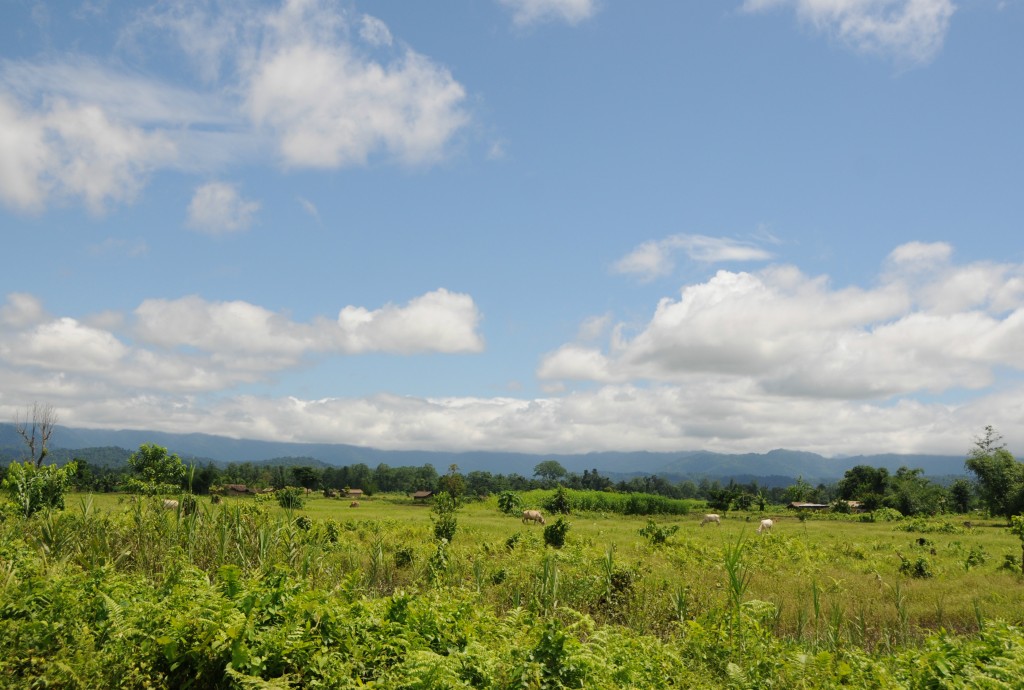 We stop for a short while at the well located but rundown Satsimulu Inspection Bungalow. It overlooks a large, open, swampy grassland and, while we are there, we see about six rhinos grazing in the distance. Continuing our safari, we suddenly come upon a battered old wooden bridge, and surprise a massive fishing eagle perched on the railing. Unused to tourist traffic, it falters for a moment before lifting off, and for a flash, we are treated to an unforgettable eye-to-eye vision of the magnificent bird. Further on, we come to a manmade pond, beside which stands a new roughly made temple housing bits and pieces of old carvings and stone Shivalings. All around the temple, there are clear tracks of rhino and elephants. Just beyond the tank is the edge of the park marked by the Dhanseri River in the distance. We turn back, marvelling at the apparent virginity of the forest, just a stone’s throw from burgeoning villages.

Forest Officer Joyonto Deka is passionate about his new-found domain. He accompanies us for a stretch of the trip, explaining the terrain, the habitat and the threats to it. Hearsay has it that several decades ago, this swampy, wooded area was inhabited by the Orang people, who probably deserted it upon being hit by disease. In 1915, Orang was declared a Game Reserve. In 1985, it was notified a Wildlife Sanctuary, and in 1998, it was declared a Wildlife Sanctuary. In 1999, it was made a National Park. There are 26 man-made ponds here substantiating the belief that this region was once home to a particular community. Of these, a few still collect water but most have dried out and become overgrown. The temple ruins also probably belong to the original inhabitants of this area. 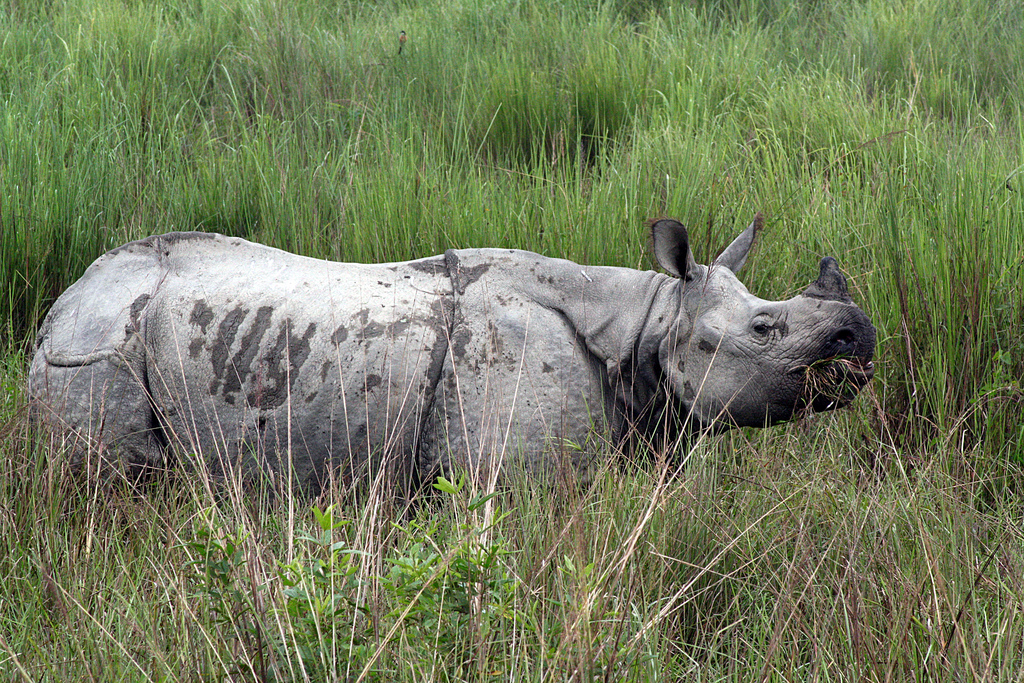 Orang’s terrain is similar to the forests of Kaziranga–swampy grassland with landlocked beels (wetlands) and slightly higher woodlands stretching away from the river. There are 12 existing beels in Orang, some of which were homing grounds for thousands of migratory birds in the winter. But over the years, not being a front-runner National Park, Orang has suffered from administrative and financial neglect and insufficient manpower. It’s almost impossible to set a handful of men to manually dredge and clear the wetlands of hyacinth and undergrowth, while also battling poaching and floods and maintaining roads and infrastructure. The grassland too is slowly being overtaken by random tree saplings. In a large area, this is a naturally dynamic process, but given the park’s limited space, the existing grassland cannot be allowed to turn into woodlands. Careful habitat manipulation, therefore, is also probably required here.

Orang National Park is located on the north bank of the Brahmaputra. Even though it is only 78.8 sq km in area, it stretches across Udalguri and Sonitpur districts. The terrain slopes gently north to south and is fringed by the Dhunseri and Pasnoi rivers to its west and east. All the streams that run through the park drain into the Brahmaputra in the south.

Only a section of the park is accessible by the forest dirt road–the larger area is not connected by road at all and forest personnel use walking tracks and elephants to patrol the extended areas. Forest camps are visible after every few kilometres in the motorable area. It’s best to have your own vehicle as the Forest Department jeeps are rarely available for tourists.

State: Assam
Location: On the north bank of the Brahmaputra, close to the Indo-Bhutan and Arunachal borders, the Orang NP stretches across Udalguri and Sonitpur districts
Distance: 140 km NE of Guwahati
Route from Guwahati: NH31 to the junction of NH31 and NH52; NH52 to Orang via Mangaldai and Rowta to Orang.

Shibani Chaudhury is a filmmaker, travel writer and photographer based in Assam. She is among India’s first woman wildlife filmmakers and has been in the field for 14 years. She scripted and was one of three key people to work on ‘The Last Migration and Shores of Scilence’, films that went on to win the Green Oscar awards in the UK. She has produced short films on Assam’s Wildlife. 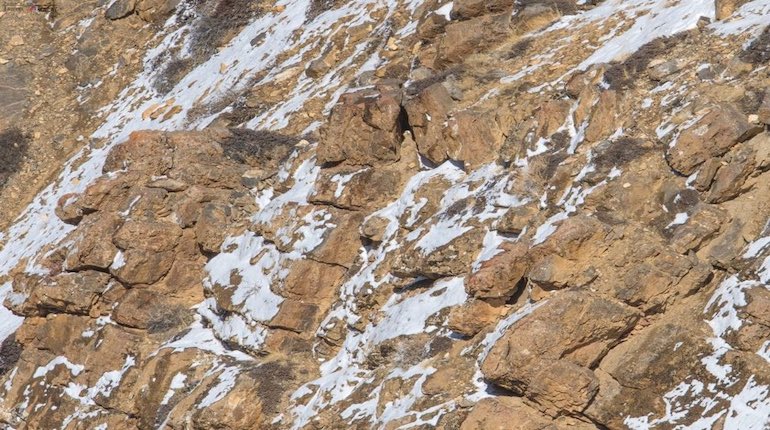