Home
|
Travel Ideas
|
Scotland: A Journey to the highlands 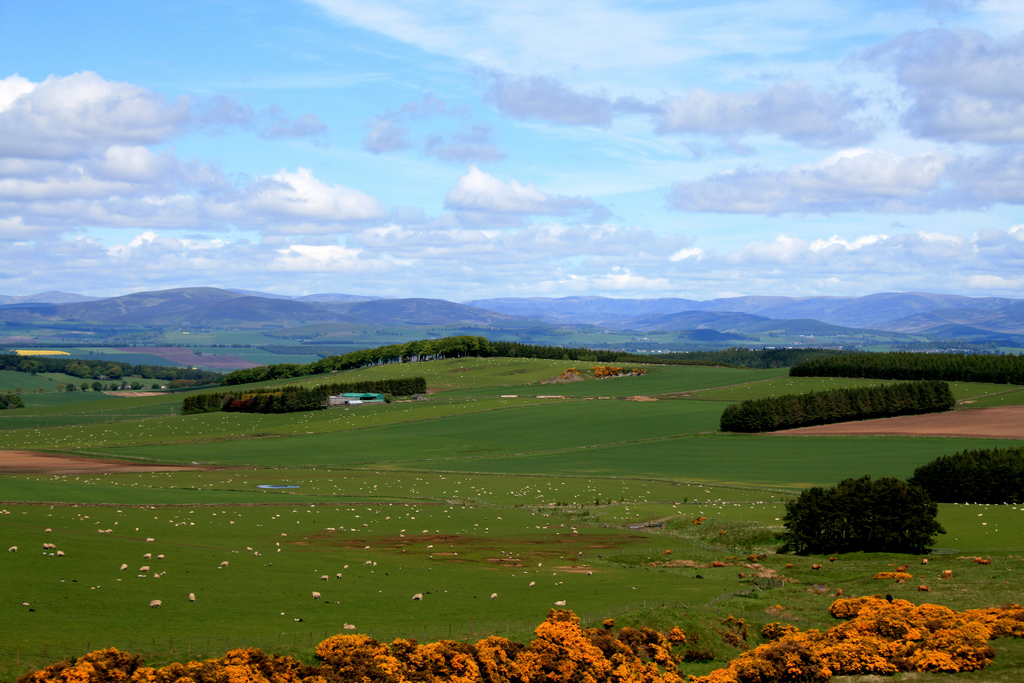 The real taste of highlands of Scotland lies not in its whiskey, but in its mountains, grasslands, lakes, castles, red deers, its special bulls, blue bell flowers and the symbolic ‘thistle’, not to mention, the quintessential sound of bagpipes reverberating its highlands and lowlands, coming out from the original Celts dressed in their famous kilts. In the brief sojourn to Scotland that I could manage from Cambridge, while a day ends up in exploring Edinburgh, the other is exclusively reserved for the original Scottish experience, in the company of highland explorer tours offering a ride into the heart of Scotland up to Loch Ness and Inverness. 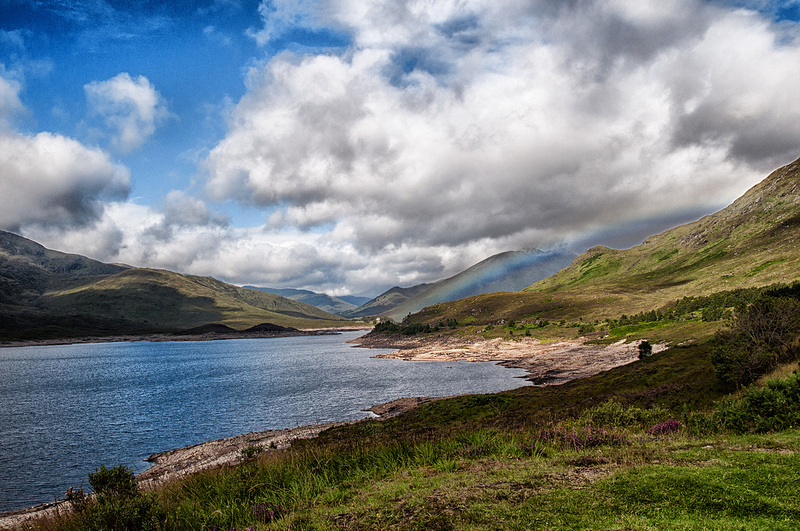 No sooner does the rather comfortable air-conditioned bus ride begins, Don, our driver, doubling up as a passionate Scottish guide, starts off with what goes on to become one of the most memorable parts of the trip — his commentary laced with history, geography and loads of patriotic fervour. In the next twelve hours, we end up travelling about 700 km over some 1000 years of Scottish history, in the backdrop of some contemporary music from Scottish bands like Camera Obscura from Glasgow. We start off with Linlithgow castle, the birthplace of the famous Queen Mary of Scots and soon travel past the historic Stirling castle, that has been privy to many a war between the Scots and the English, often called as Scotland’s Wars of Independence. After England attached the Sterling Castle and Scotland in 1296 after the death of the last Scottish king, the most famous hero in Scottish history, William Wallace, led the battle of Stirling in 1297, and defeat the English. Though barely a year later, the tables turned, and William Wallace had to flee.

After waging guerrilla warfare for a few years against the English, he was ultimately captured through deceit and was executed at the Tower of London. The story of William Wallace and the Sterling Castle has inspired Braveheart, one of the most popular films in history. We soon have our first break at Kilmahog Woollen Mill near Callander where we sip coffee in the company of ‘Hamish, Heather & Honey,’ a family of Highland bulls (father, mother and child), who are a big attraction! This area is close to be Trossachs National Park. I also stock up on beer cans and snacks for the day. By now, we are eager to see the first of the more than 20,000 lochs (lakes) that Scotland boasts of. 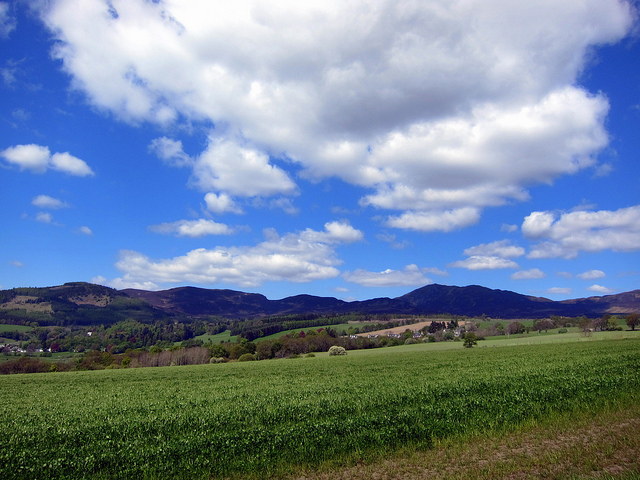 We are now passing through what are called as Grampian mountains, a mountainous region that reminds one of the very gradually undulating mountains of Shillong and around (Shillong is, after all, called Scotland of the East!). Don is quick to add Madikeri (Coorg) in Karnataka to the list. One cannot, however, mistake comparing these mountains with the tall and mighty Himalayas, for the highest peak here (in Scotland and the UK) — Ben Nevis – is only about 4,400 ft above sea level. Ben means mountain in the Gaelic language that was originally spoken in Scotland, Ireland and Northern parts of France, all inhabited by Celtic people (pronounced Keltic).

Soon the first loch (Gaelic word meaning a lake, except that loch could also be connected to sea at one end) makes its appearance. We are welcomed to the stopover by ‘Jack the Bagpiper’ dressed in traditional Scottish attire, playing just what our ears had been longing to hear. Don joins me in the celebrations, and takes pictures of me and Jack, playing the pipes. As the journey continues, Don points towards a passing estate called the Flemings estate (near Black mountain). You guessed it right! It was owned by Ian Fleming, the creator of James Bond, till Sean Connery took it over. We are now passing through Rannoch Moor (a big open space). The place is characterised by the presence of lots of peat, giving it blackish hues. During the ice age, this area was covered in thick layers of ice. Soon, we are at Glencoe, the site of the infamous massacre of the MacDonalds by the Campbells who were loyal to the English. There is also a village at Glencoe, and we take a short break here. Elina, our Ukrainian friend and co-tourist, is always the first to get down and explore the destination. Soon, she leads us to the delightful heath of pink-coloured spotted orchids. A display board nearby indicates that the area was prone to volcanic outbursts in the remote past, and has an abundance of wildlife that stretches from red deer (in winter, they come close to the roads running through Scotland), blue tits (a bird in the tit family Paridae) to foxes, among others. We now start moving along the Great Caledonian Canal that connects the Atlantic ocean on the west with North Sea towards the east. It connects four lochs in series, namely Loch Linnhe, Loch Lochay, Loch Oich and finally, the famous Loch Ness. The word Caledonia was coined by the Romans to refer to the area north of the northernmost province of their empire called Britannia. Today, it mainly refers to Scotland. The Caledonian canal has been very strategic, for along it, about 1200 years ago, came the Vikings through the North Sea into modern Britain from Scandinavia.

There are stories galore about Vikings attacks. They were fierce and ruthless but introduced modern agricultural practices, and, on the lighter side, are believed to have brought ‘blondes’ into the British society. In the meanwhile, there is a sudden boom of castles — Fort William, Invorachy Castle and, finally, Fort Augustus, before the arrival of our final destination – the village of Inverness. The drive along this Caledonian Canal overlooking these lochs and castles is the most beautiful of all, with lots of colourful yachts and boats punctuating the canal on and off in the backdrop of gently sloping hills. 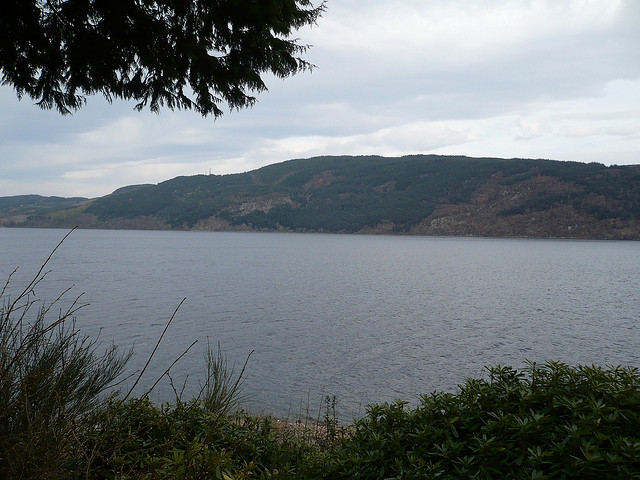 Loch Ness is Scotland’s most famous lake, holding more water than all the lake reservoirs of England and Wales combined. But it’s more famous for being home to Neisse, the mythical sea monster. “Anybody who takes a picture of Neisse will get a million pounds!” announces Don, motivating our co-passengers as they get ready to take the one-hour cruise in Loch Ness at Inverness. The belief of some locals that they have seen it, perhaps indicates some existing survivors of the prehistoric creature Plesiosaurs which existed about six crore years back. Nevertheless, it’s a publicity gimmick, and everyone falls for it. I choose not to go on the cruise, and instead wander around the beautiful hamlet of Inverness along with my friend, a co passenger from Latin America.

There are inviting cafes, attractive cottages, souvenir shops, even a small castle, lots of boats in the canal, and some rotating bridges. It would be lovely to spend a day here, but I am content with my walk in a picture-perfect setting where the sky keeps changing colors from dull and cloudy to sparkling and sunny. 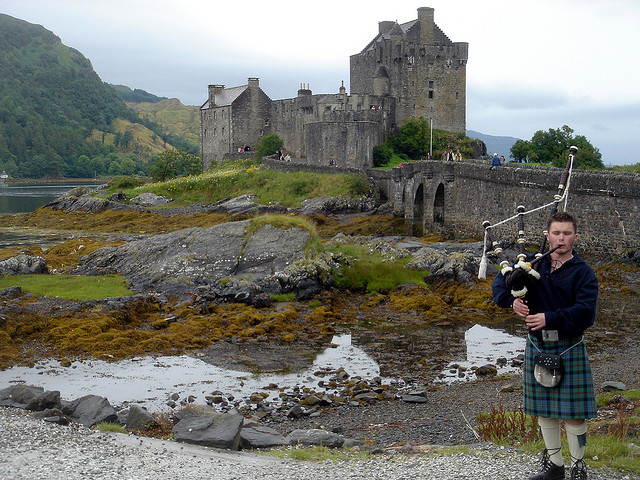 Once again, I am in the company of a bagpiper, next to the canal near the main bridge in town. But this time – it’s not a Scotsman, but a proud Scot boy, learning to play the bagpipes, his mother tells us. I walk up to the easternmost point of canal, where it merges into the North sea, and settle down for a bite, thanks to the packed lunch given by the Highlanders (the tour company). I recoup my energies with an apple and a chicken sandwich, just as the cruise arrives with our co-passengers. As we drive back to the Royal Mile at Edinburgh, we take a different route, passing through Killiecrankie (scene of some more fierce battles) and Pitlochry (a quaint little town) with a very pleasing architecture. “Go and take a picture of the railway station at Pitlochry, it’s a beautiful one!” Don coaxes us, and we get down for another set of stunning pictures. 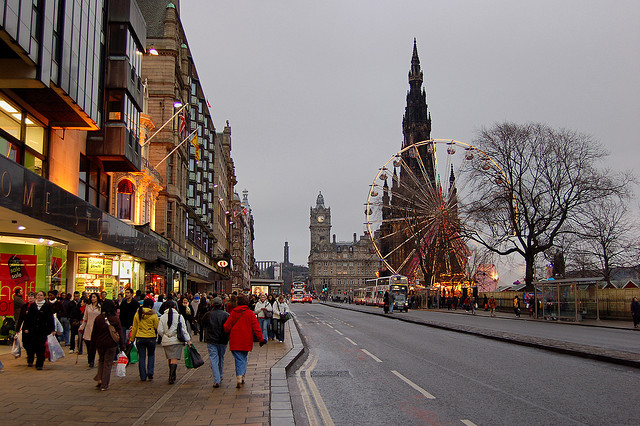 Getting there: Major carriers that fly from Mumbai and Delhi to Edinburgh, UK are Air India, British Airways, Continental Airlines, Lufthansa, KLM, SriLankan Airlines, Gulf Air, and Air France. From Edinburgh, you can book the train to the Highlands, or one of the coach buses.

Kshitiz likes to read, write and yes of course to travel. 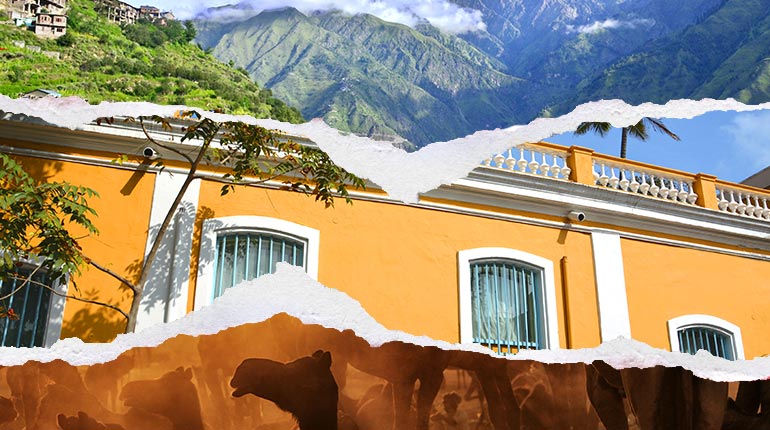