Travelling by bus from Bengaluru to the Nagarhole National Park, I found no time to think of the wildlife experience that lay ahead. The ride was harrowing, for the bus driver seemed intent on pushing all other vehicles off the road.

It’s a measure of the magic that forests inevitably work on you that all concerns of personal safety were overshadowed as soon as we drove ahead from Hunsur, the town closest to the park. A mongoose scampered across the road into the fields nearby. The trees were taller, more densely packed in, and the air became distinctly cooler. I saw circular patches of what looked like chopped grass flattened on the road: it was dry elephant dung. 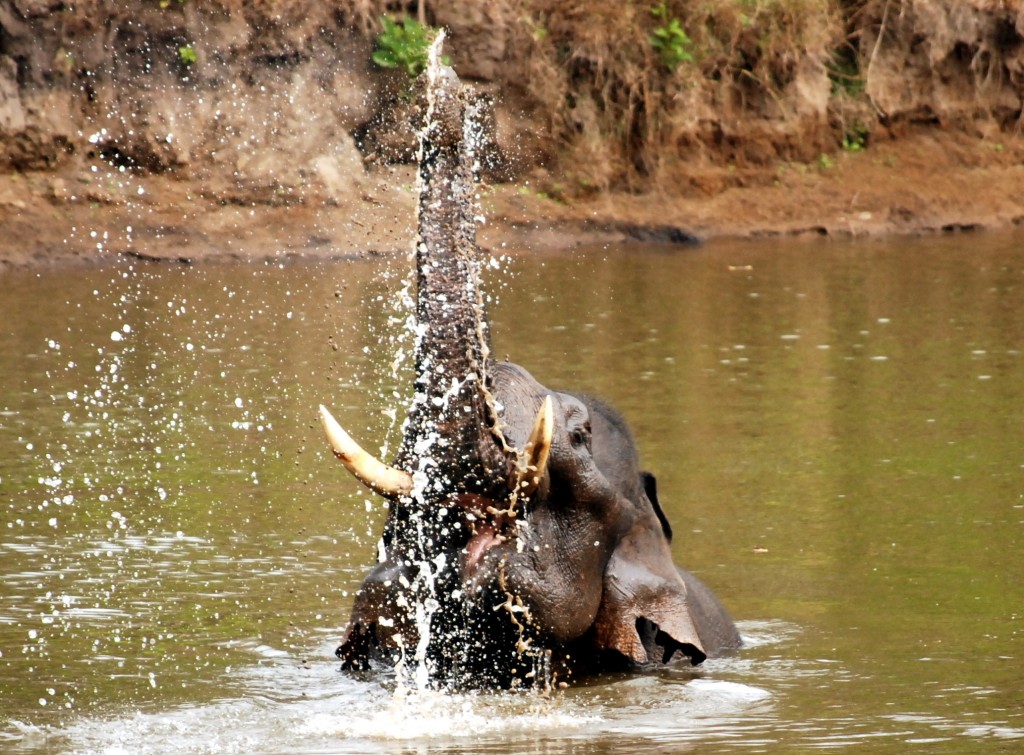 As we reached the Nagarhole National Park, we stopped at the forest checkpost, where the driver and the forest guard exchanged greetings. The driver cautiously — and cautiousness clearly went against his nature — asked if elephants had been sighted on the main road that day. His tension eased visibly when he received an answer in the negative. Majestic teak trees towered over us, and I became aware that but for the racket the bus was making, the forest was silent. The silence was broken every now and then by the raucous calling of a peacock, or by the cackle of the jungle fowl. Most animals seemed to have sheltered themselves from the harsh mid-day sun.

I wanted to stay as close as I could to the forest, so I chose one of the rest houses managed by the Forest Department within the sanctuary. The accommodation was pretty basic, but it was clean.

After freshening up, I decided to opt for a jeep ride around the forest. There’s a well-defined network of roads in the forest, good for the tourist, but possibly a source of disturbance for the animals — it doesn’t help that the tourists are often noisy. The Forest Department maintains ‘view-lines’, 10-m long areas on both sides of the roads, where shrubbery and trees are cleared so that the tourist has an unbridled view of the wildlife. These spots, usually created by burning down the plants, also attract animals — fresh grass sprouts in these areas, functioning as magnets for fauna. It helps that the terrain in Nagarhole is mostly flat; visibility is high, especially in areas where there is primarily a grassy forest floor.

I spotted a few herds of cheetal and troops of langurs as soon as we started the drive. As we drove along the winding forest roads, our group encountered a large herd of gaur calmly grazing and browsing in an opening near a ‘view-line’. As we turned around a particularly sharp curve, our driver brought the jeep to a halt. We heard a faint sawing noise — a mixture of a rasp and a cough, the distinct call of the leopard. Immediately, we heard the alarm calls of langurs. Holding our collective breaths and our cameras, we waited. Soon enough, a leopard and two cubs emerged onto the road. The leopard saw us, and sauntered indignantly across the road into the jungle. The cubs lingered, curious. But they too scampered across, anxious to stay close to their mother. By now, it was half-past-five in the evening, and it was time to head back. On the way back, we saw a herd of elephants grazing. As the light was rapidly diminishing, our driver was not happy to see them — elephants have poor eyesight, and are known to charge at vehicles. These elephants, however, were uninterested in us.

Back in the camp, after a hot bath, I enjoyed a simple, sumptuous meal. I also saw a few wildlife videos at the camp’s Wildlife Interpretation Centre. The documentary being screened was about the tiger, and every time one would appear on screen, I could sense the awe with which the audience watched this beautiful animal. Who knew, maybe I would get a chance to see the magnificent cat.

The next morning, we left the camp at daybreak, with hope written large on our faces. It was a beautiful misty morning, and condensation rose from the road surface like steam. We saw a herd of sambar, browsing cautiously by the side of the road. All of a sudden, they would look around frantically, and then return to their meal — as if nothing had happened before. Nearby, we heard the screech of the crested-serpent eagle. Looking closer, I saw that it held a small snake in its claws — it was breakfast-time in Nagarhole!

We slowed down as we approached a waterhole: this spot was supposed to be a favourite with tigers. While waiting, I spoke to our driver Bomma, and asked him whether he had seen any tigers this month. After thinking for not less than five minutes, he told me that he had seen them everyday, except for the previous Saturday and Sunday! Bomma became impatient after waiting for sometime, and suggested that we head elsewhere, and I agreed. I was visiting in October, and there was plenty of water everywhere. Therefore, chances of seeing a tiger at a waterhole were higher in summer. We did, however, see a stripe-necked mongoose as we left the waterhole.

The sun’s rays became stronger, and the birds more active. Woodpeckers, drongos, tree-pies and orioles were flying past in an amazing riot of colour. Suddenly, the forest became silent, and we heard the cries of a sambar. After that alarm call, other animals also started theirs — there was the whoop-whoop of the langur and the high-pitched call of the cheetal, among others. We waited with bated breath, and suddenly saw the huge head of a tiger peeping out of thick lantana bushes. People have often commented on how larger than life the tiger actually looks like. It is a big cat, but one realises how big it is only after sighting one. It gazed at us for a while, and then emitted a low snarl as it crossed the road, and disappeared from our sight. 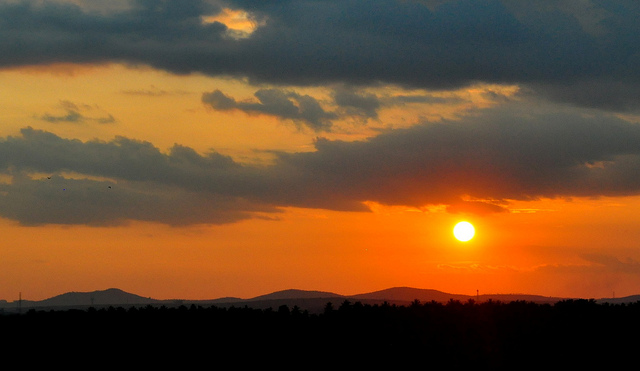 Location Spread over Mysore and Kodagu districts, Nagarhole is bounded by the Kabini
River to the south, the Wayanad Sanctuary to its south-west and the Bandipur Tiger
Reserve to its south-east

Route from Bengaluru; SH17 to Srirangapatna via Maddur; bypass to Coorg via
Ranganathittu; SH88 to Hunsur; state roads to Nagarhole via Veeranahosahalli and Murkal

When to go; The best period to visit Nagarhole is between Oct and Apr; it is usually closed in the hot season. The most comfortable time to visit in terms of climate is between Nov and Mar. It does get chilly in Jan and Feb, so don’t forget to take warm clothing

Bharath Sundaram works as a research associate at the Ashoka Trust for Research in Ecology and the Environment, Bangalore, and is studying forest fires and invasive species.