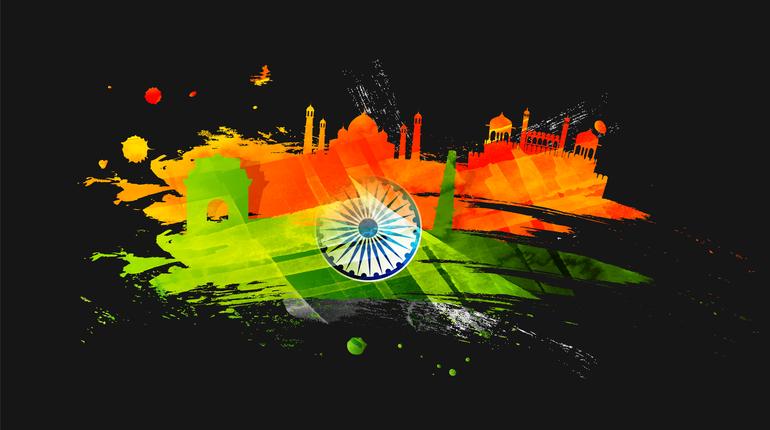 This August 15th 2018 India will be celebrating its 72nd Independence Day. Just like the ones before, the President will address the nation on the eve and the Prime Minister will unfurl the national flag on the ramparts of New Delhi’s massive, iconic Red Fort. All across the country schools and myriad other institutions will hold flag-hoisting ceremonies. There will also be cultural, ceremonies involving dancing and singing in offices and residential colonies. One of the most visible traditions can be seen in the skies above every city, village and agricultural field. They are India’s famous fighting kites. The kites come in numerous styles, sizes and a vast range of colours. Many will be of the Indian tricolour. Since it is a public holiday, many people take an extra day off to go on a short vacation. So this year, we at TripAdvisor and ixigo have come up with several places that have a close and historic connection to India’s Freedom Movement. You can spend your holiday with a patriotic flavour.

The ancient and historic city of Jhansi grew up around its imposing four hundred hear old fort that sits on Bangara Hill. It is now known as the ‘The Rani Jhansi ka Quila’. The city is also referred to as the ‘Gateway to Bundelkhand.

Jhansi was the site of the First Indian War of Independence. Led by the redoubtable Rani Lakshmi Bai, the city fought the British and thus forever imprinted itself in Indian history.

Though not overly large, Jhansi has several interesting sites one can visit. There is the Fort, of course. Then there is the Rani Mahal and Government Museum that houses a collection of weapons, paintings and photographs from the Chandela Dynastic period. It also has several items that belonged to Rani Laxmi Bai including her sword and armour. There are also the popular Karguanji Jain Temple, the ISKCON, Ram Raja and Laxmi Temples.

Just 15kms from Jhansi is the incredible and stunning 15th century town of Orchha. Once the capital of the Bundela rulers, today it stands in magnificent and serene glory. There are numerous palaces and forts scattered around. Built with a fusion of Mughal and Rajput styles these well-preserved structures offer great views of the Betwa River.

TripAdvisor has found these two incredible gems that will give you much pleasure to visit. 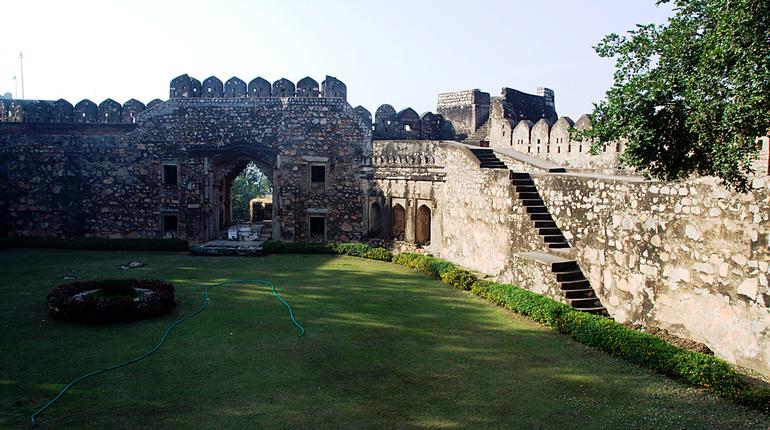 Jallianwala Bagh has gone down in both British and Indian histories as an infamous, sad and bloody place. On 13th April 1919, British troops fired on a group of peaceful protestors and Baisakhi celebrants who had gathered in a (at that time) small park, and killed 379 and wounded more than a thousand people. The incident inspired many Indians to join the Freedom Movement.

The place has been converted into a memorial space housing a simple elegant memorial structure. A wall bearing visible bullet marks and the well into which many people jumped to save themselves has also been preserved. All these are enhanced by a beautiful garden.

Jallianwala Bagh is located in the holy Sikh city of Amrtisar, the site of the fantastic Golden Temple.

While you are in Amritsar, TripAdvisor users suggest another must visit place. It is the Wagah-Attari Border crossing between Indian and Pakistan. The evening beating the retreat ceremony has become world famous for the daily dramatic lowering of the flags and gate closing ritual. 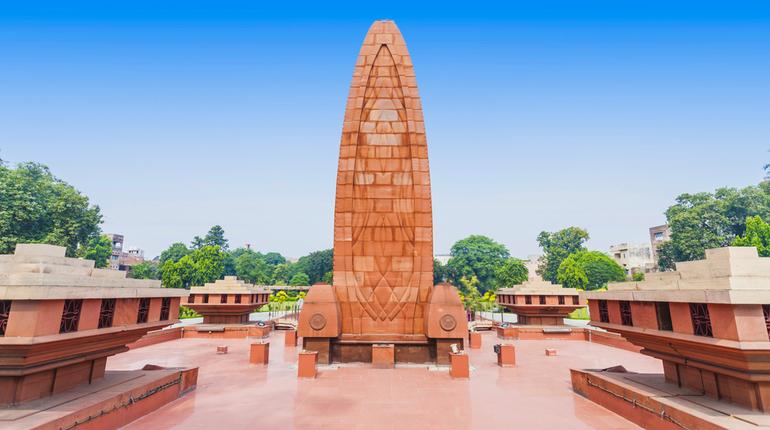 The Ashram is also known as the ‘Gandhi Ashram’ sits on a serene and beautiful stretch of the Sabarmati River. The Ashram and its museums and other building are on the outskirts of busy, modern day Ahmedabad. It has been declared a National Monument.

It was once the headquarters of Mahatma Gandhi and one of the centres of the Freedom Movement. The Ashram was also a key player in the organisation of the famous Dandi Salt March and Satyagraha of March/April 1930.

Ahmedabad, itself is an incredible city with an amazing amount of history. There are a large number of architectural gems in the form of centuries old mosques and other buildings. The city houses a number of excellent and captivating museums. Ahmedabad also boasts of a truly great street food culture. The narrow lanes of the old city with shops dealing in time-honoured goods and exotic merchandise are a wonderful place to meet traditional India.

Ahmedabad pleases surprises and enthrals you. So say many TripAdvisor users. The Barrackpore region has been mentioned as early as the 1st century BC by Greek historians and sailors. The area was an important trading area and of strategic significance. The British built their Indian first barracks, or garrison for soldiers, here in 1772. The term cantonment was later used to describe such areas.

Barrackpore played a large and iconic role in India’s quest for Independence. It was the site of two uprisings against the British. The first took place in 1824 and was led by Bindee Tiwary. The second and more renowned attempt was led by Mangal Pandey. His attack against the British commander inspired a large number of Indian soldiers across the country to turn on their British officers and start the Rebellion of 1857.

To honour and commemorate Mangal Pandey’s acts, the Shahid Mangal Pandey Park was created. It sits on a quiet part of the Hooghly River.

Today, Barrackpore has been enveloped by the urban sprawl of the greater Kolkata region. Let TripAdvisor show you around the many delights that Kolkata offers the visitor. From grand historic buildings, parks and cultural events to mouth-watering street food, Kolkata is worth every minute of your visit. It is also filled with many associations with India’s struggle for Independence. Located in Kalyani Nagar in the Yerawada area of Pune, the Aga Khan Palace is one of Pune’s top attractions and a glorious architectural piece of art. The surrounding gardens are a delight to the senses. The Palace was completed in 1892 after five years of work and employed over 1,000 people. Sultan Mohammed Shah, Aga Khan III, built the palace in order to provide employment for the famine-struck local people. The building and its surrounding gardens was donated to the Government of India. In 2003 the Archaelogical Survey of India, declared the Palace a ‘monument of national importance’.

The Palace has many connections to the Quit India movement, the most famous being that it was used as a jail for Mahatma Gandhi, Kasturba Gandhi and many other freedom fighters. The Palace is also the place where the first variant of the Indian National Flag was hoisted by Gandhi on 26th January, 1943.

The Palace is now a memorial and museum dedicated to the Indian Freedom Movement and houses some of Gandhi’s possessions and other memorabilia relating to the struggle. It also houses a small amount of Gandhi’s cremated remains.

Regular TripAdvisor users have discovered that Pune also has a long and strong relationship with India’s freedom struggle. Kesariwada was where Lokmanya Tilak published his newspapers; Phulewada named after Mahatma Phule, the social activist who lived here and worked towards eliminating class barriers and restrictions. It was here he opened up a well so that the ‘backward classes’ could have access to drinking water. Then there is the famous Yerawada Jail where many well known freedom fighters including Mahatma Gandhi were held. Champaran and the surrounding areas had a long history of resistance to the British and their policies. Back in 1914 and 1916 they refused to grow the unprofitable indigo plant that was used to produce blue dye. Instead the farmers wanted to grow food crops for their survival. They revolted and in 1917 Gandhi was called in to solve the conflict between the farmers and the British. Initially the British administration barred Gandhi from entering the area. He defied them in a unique manner. Thus was born the Satyagraha or non-violent and non-cooperative resistance.

Champaran was the place that saw the beginning of Mahatma Gandhi’s historic participation and leadership of the Indian Freedom Movement. It was also Gandhi’s first successful attempt at organizing and conducting a mass movement.

Champaran District has plenty on offer for the visitor say TripAdvisor reviewers. You can visit the Valmiki National Park, Tiger Reserve and Wildlife Sanctuary, located on the India-Nepal border. You could also visit nearby Rampurva to see the Ashoka Pillars consisting of two columns: a lion with Pillar Edicts a bull without inscriptions.

The town of Kesaria is the location of a stupa built by Emperor Askoka around the time of the Buddha. It is said to have been built to house the alms bowl used by the Buddha. The current structure was built by the Gupta Dynasty and is probably the world’s tallest stupa. 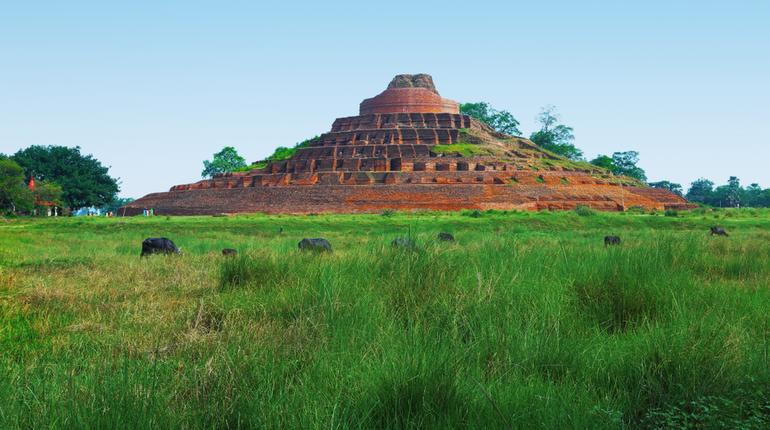 More about this author
Author 1111 Posts