Home
|
Travel Ideas
|
Unakoti: The Story Of “One Less Than A Crore” Coming from the land of innumerable legends and myths, I am always up for a good story. And Unakoti happens to quench my thirst for mythology as well as history! Situated in the cultural capital of Tripura, Unakoti is around 8 km away from Kailashahar. Maintained by the ASI, the heritage site instills a sense of calm and peace in whoever visits this place. It is reported that a considerable part of the site is hidden in the dense jungles and is waiting to be discovered. Unakoti is the largest bas-relief site in India, meaning that the shapes were carved in the ground such that they were slightly raised from their background. One of the major attractions of the place is the 30 ft high Shiva statue called Unakotiswara Kaal Bhairava. It is flanked by Goddess Durga seated on her lion, and another female figure. 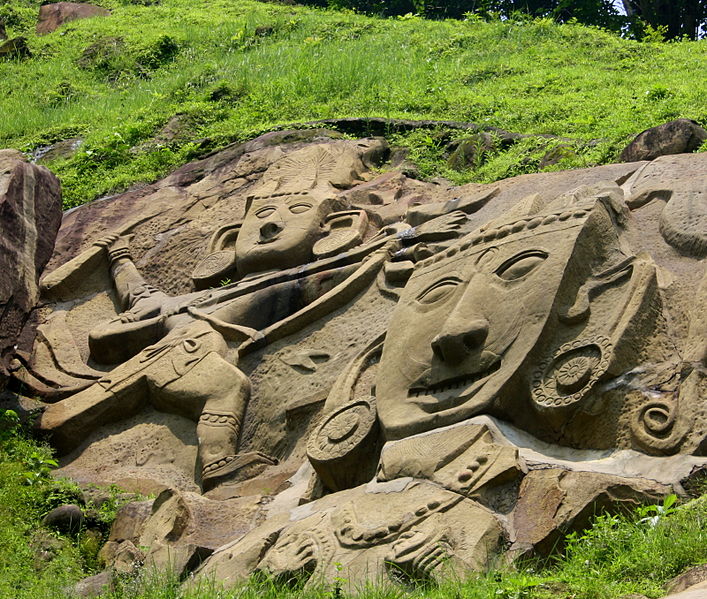 Frozen in Time (by Atudu)

The Shaivite place of pilgrimage dates back to somewhere between 7 and 9 CE. The site houses sculptures of gods and goddesses on whom a curse was put by Lord Shiva. There are three, half-buried majestic sculptures of the Nandi Bull, the Lord’s faithful vahana. A site that enchants visitors is the gigantic four-armed sculpture of Ganesha, situated just 50 m downstream. There are two more sculptures of Ganesha–one of Sarbhuja Ganesha and the other of Ashtabhuja Ganesha.

The best time to visit Unakoti is between October and April when the town is thronged by millions of pilgrims who take part in the Ashokastami Fair. The fair is usually held in March/April where the devotees take a holy dip in the Ashtami Kund and seek blessings of the Gods.

Tripura has an airport at Agartala which is around 3 hours away from Unakoti. A bi-weekly flight plies from Agartala to Kailashahar. The place is a bit offbeat, but the joy of the thrilling journey is unbeatable. The nearest railway station is at Kumarghat, approximately 20 km away. Another interesting option is a helicopter ride! These swift carriers ply between Agartala and Kailashahar, and booking one in advance would be a thrilling idea.

A trip to Tripura would be incomplete without including Unakoti in your itinerary. Agartala offers a heady mix of beautiful nature retreats as well as majestic relics. Some of the must-visit places here include Ujjayanta Palace and the State Museum, Tripura Sundari Temple and the Neermahal Palace. It is recommended that you hire a cab for the day to explore the place to the fullest. 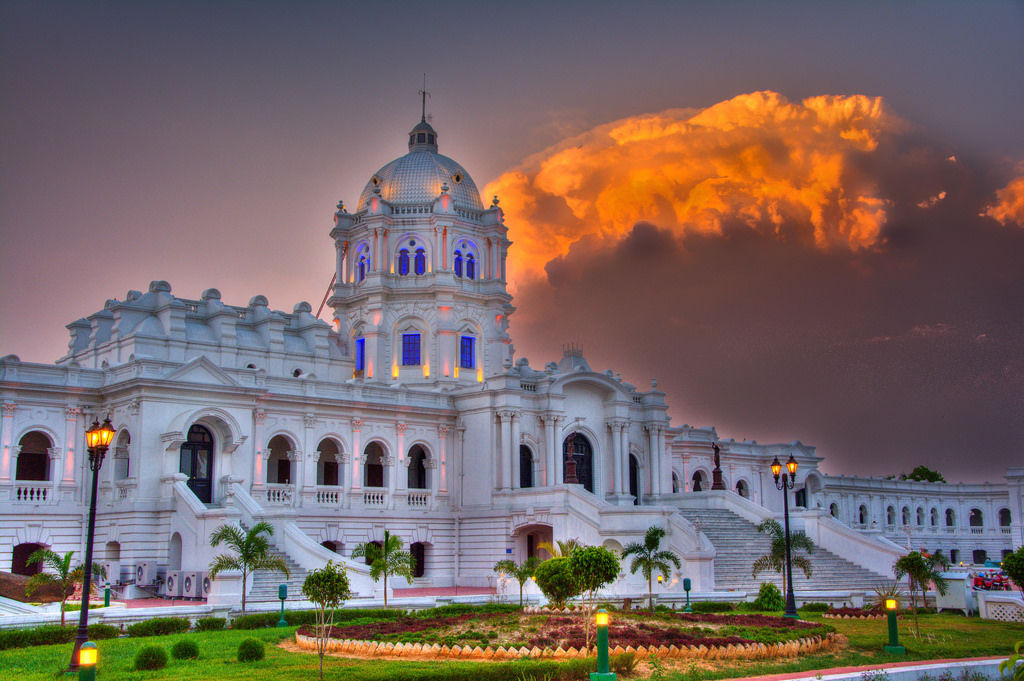 The Unakoti Tourist Lodge is an affordable stay option which offers all basic amenities including home-style food and air conditioned rooms. The hotel is located near the Kailashahar Lake and can be reached by taking an auto. Another option is the Nirmala Hotel, which is a cosy place with comfortable rooms. 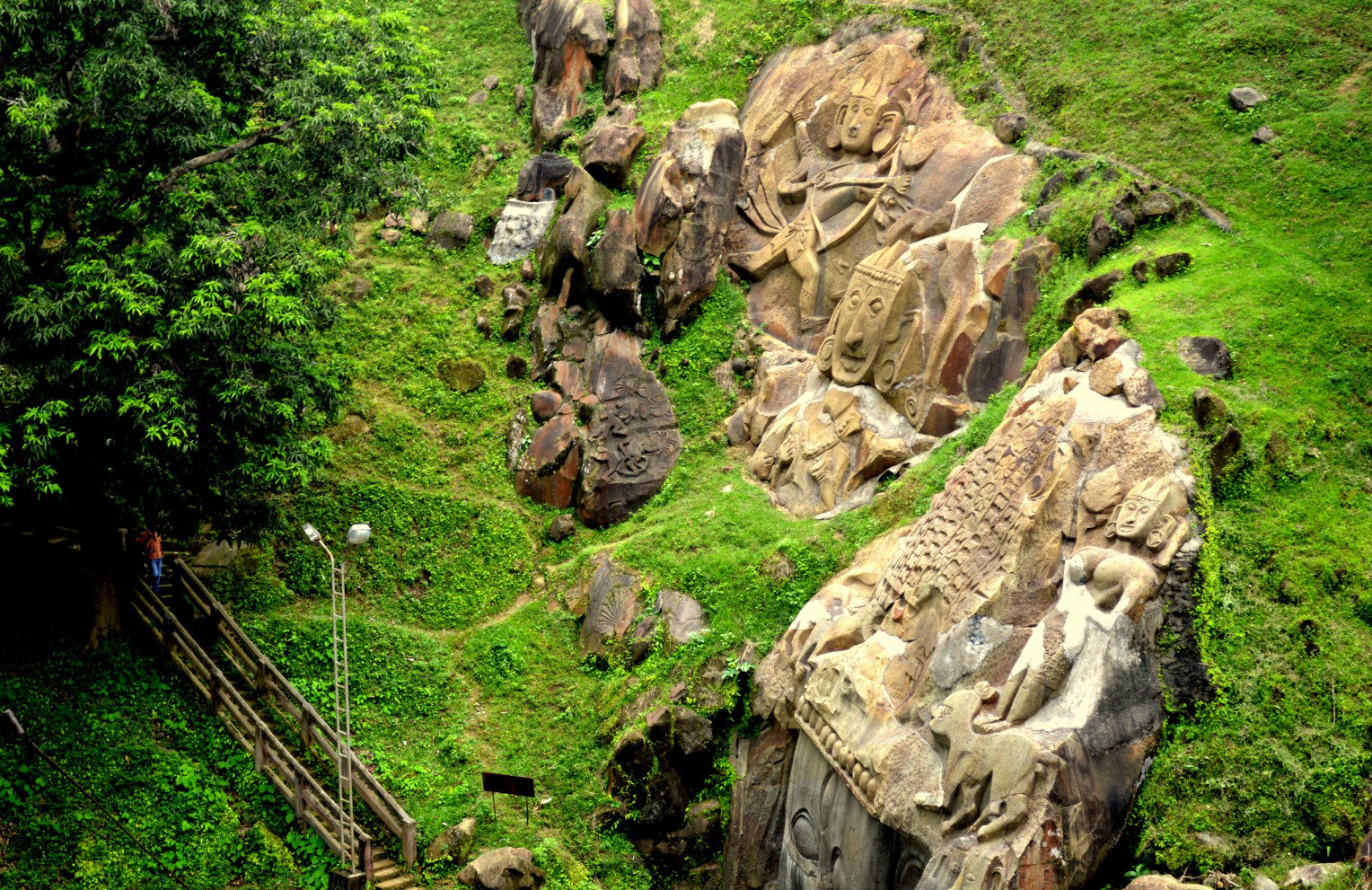 The north-east is a gastronomic paradise! With its zesty aromas and mild flavours, the cuisine here plays myriad notes on your taste buds. Fish and rice find a place of prominence amongst lovers of non vegetarian food. Some of the meals you can try here would be at a home kitchen. Make friends with the locals and get invited to an authentic Mui Borok experience! Oh, and in case you are wondering what their secret ingredient is, it is bamboo shoot! You must round off your meal with a glass of chuak, the locally fermented rice beer of the region.

Enchanted yet? The place will transport you to a different era, when nights were spent listening to folklore and dreams were made of stardust! The era when grandmothers told of the legends passed on to them…an era long gone. Relive this, and much more with a magical trip to Unakoti.