Home
|
Types of Travel Journeys
|
A river runs through it: Kondana Caves and Ulhas Valley At just 60m above sea level, Kondana Caves is not a challenging walk. But its location and easy accessibility make it one of the most pleasant hikes you can undertake near Mumbai. This is even more so in the monsoon as you’ll come across a number of waterfalls, streams and pools along the way. The area’s popularity can be gauged from the number of hikers and picnickers you’ll find here during the monsoon. So if you want to have the caves all to yourself, then make your trip midweek when you’ll almost certainly be the only one there.

Start at Kondana Village where the tarred road ends outside Van Vihar, a rustic lodge. Here there is safe parking (though it’s on the road) for your vehicle, arrangements for meals, return transport to Karjat Station and guides and porters, if required. All this comes at a very reasonable cost (contact Anil or Vinayak Gogte on Mob: +91-92716 18184-85, Tel: +91-2148-222930). A dirt road due south leads further ahead along the Ulhas River, for about 500m (15 mins) and will bring you to a tribal village. Just beyond, a path turns left (due east) and winds its way across an open field with several eucalyptus trees along its border.

Just beyond the field, the path climbs up a gentle spur and disappears into thick green forest. If it’s raining, this part of the trail can be very slushy. The trail is well used and crosses several streams and rivulets (in heavy downpours these can become raging torrents). A small detour will bring you to a lovely waterfall in the monsoon, which is also a great place to try out some rock climbing in dry weather (after October). After 3 km (11/2 hrs), you’ll come to a thick teak jungle. Here, another trail joins you from the left (make a note of this as you do not want to take a wrong turn while descending).

At this junction, the trail turns right (due south), for about 100m. Keep your eyes focused on the left and get a glimpse, through the canopy, of the simple but artistic rock-cut caves of Kondana. It will take another 5 mins before you actually reach the caves. If you’re trekking during the monsoon, a stream of water will cascade over the caves. No potable water is available, so remember to stock up at the beginning of the trek. Unfortunately, the entire cave area is often horribly littered; do make sure you take your garbage back with you. Return the same way you ascended. Refresh yourself with a dip in the upper reaches of the Ulhas River. 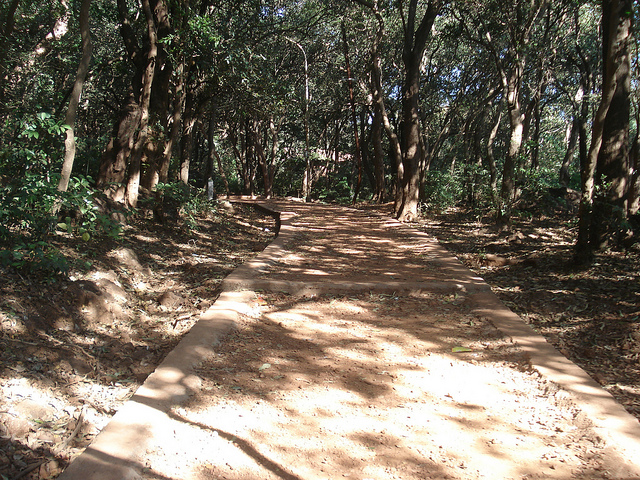 Forest on the way (photo by ganuullu)

If you like, you could stay the night at Van Vihar, run by the very enterprising Gogtes at their home in Kondana Village. They provide very simple and rustic accommodation, hot meals at just Rs 60 to 70 (for a thali lunch) and snacks which are home-cooked and served buffet-style. Their place is right on the banks of the river, so you can spend an evening sipping hot chai gazing at the river after a long day of walking, swimming or rafting on the river. All this comes at a very reasonable cost.

The ancient rock-cut caves of Kondana date back to the 2nd century BC. They are believed to be one of the region’s oldest set of rock-cut cave monasteries. The main chaitya has a series of stone pillars suspended from the ceiling while the main stupa is broken and crumbling. The other caves further along are viharas and were the residential quarters for the monks. Though in a state of ruin, the octagonal pillars (sloping inwards), wooden arches and interiors are very interesting. Outside the main chaitya are some relief sculptures and the figure of a prince with the face damaged. An inscription next to this is said to be the name of the benefactor. The intricate details and proportions speak volumes of the artisans’ skills. In the vihara next to the chaitya, look closely at the ceiling and you will make out the remains of frescoes. On the walls, you’ll find the remnants of the cow dung and husk used to plaster the walls before painting on them. Unfortunately, the caves are believed to have suffered major damage in the early 1900s, during an earthquake when the lower half of the pillars in the chaitya and much of the outer façade and water cisterns collapsed. You can still see sections of these ruins lying around the place.

Today you can walk up the Ulhas Valley for as long as you wish. This is an interesting hike, especially during and just after the monsoons. Once you have reached as far as you wish to go, turn back and return to Van Vihar for a hot meal or a lazy afternoon playing in the river. From Van Vihar, follow the trail for Kondana Caves till the tribal village. From there follow the main dirt road straight ahead. After another kilometre you’ll arrive at another tribal village. Head to the river from here and you will be able to see it cascade almost 25 ft down a very steep slope. You’ll see children from the village jumping off huge boulders into a deep pool at the bottom of the cascade, but don’t attempt this yourself. From here, paddy fields give way to scrub and thick jungle. It’s best to stay along the river bank as there isn’t much of a trail above the bank. 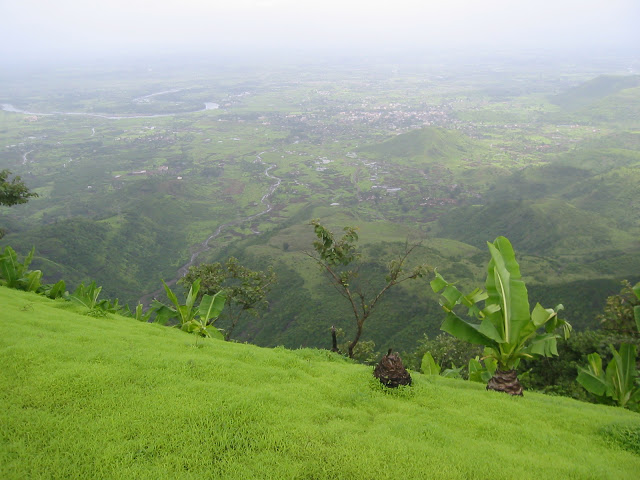 In 11/2 hrs, you will be deep in the Ulhas Valley amidst plenty of wildlife, birds and an assortment of plants and wild flowers. If you are on the left bank (right bank while facing upriver), you could take an obvious but little-used trail up the hillside (due south-west) to the railway line and Thakurwadi Station, though this one is not really a station, just a check-point where trains halt while climbing the ghat. You can catch a train to Karjat instead of heading back to Kondana Village. If you intend to go up to Thakurwadi, take a local as guide to ensure you don’t get lost. The more adventurous can follow a steep, little-used trail on the left bank (due north-east) to Rajmachi Fort. This is not advisable during the monsoons, when a layer of fresh moss makes the path treacherously slippery

● From Kondana Caves you could hike all the way up to Rajmachi Fort and then proceed to Lonavla, from where you can travel to Mumbai.

● If it’s not too hot, ideally the time between July and November, there’s an interesting option I sometimes take to get back to Karjat. You could walk along the river up to Palasdhari Station and catch a local train back to Karjat or even to Mumbai. If you have the time you could also walk across to Palasdhari Dam, which is a small railway dam near the station, built by the railways to supply water to Karjat Terminus. Today it’s a popular picnic spot, particularly pretty in the monsoon months. 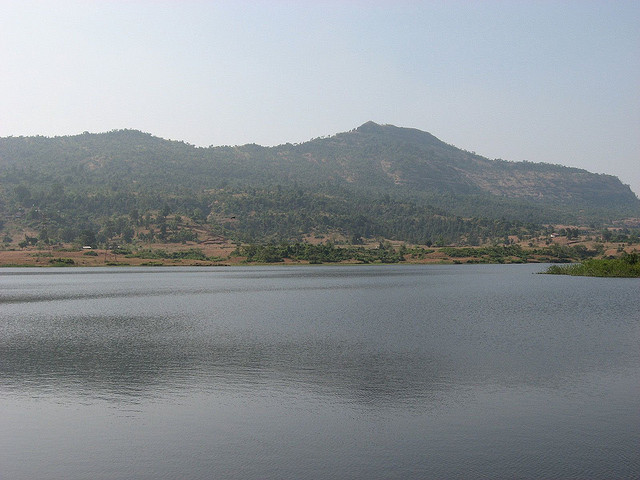