I heaved a sigh as I boarded the train to Dehradun on a chilly night. All night we listened to music and played card games. We made a carnival out of the train journey which lasted up to the wee hours of morning. By the end of it, I was nearly hanging out of the window to catch a glimpse of the hills and forests. At one point I could see the entire length of the train, and in the distance the mountains, half-covered by clouds.

My senses were assailed by the delightful, indescribable sights and smells. I just sat back and enjoyed the moment. Finally the train stopped at the our destination. Once we de-boarded the train and set out on foot, I was overwhelmed by the beauty around me and excited by the adventure that lay ahead. The desire to explore unknown realms has only strengthened with time. A mini bus was hired, for there were 20 of us, which conveyed us to Mussoorie. It took us nearly two-and-a-half hours to reach our destination. The place was at some distance, there was not a concrete structure in sight except the resort we were to stay and the bare beautiful hills. 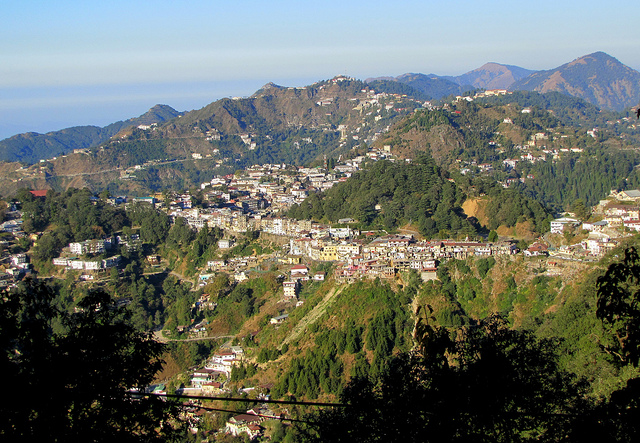 After a quick bath in icy cold water, I went to the courtyard and sat on the fence facing the mountains. Calm, tranquility and pin-drop silence prevailed. It was as if life had come to a standstill. The yellow ochre hills guarded the resort on one side, the Eco park from the other. Sitting on the fence and looking down into a valley covered with forest, a fissure separating the golden hills, I marveled at the serenity of the place away, far from the dust and drudgery of city life.

Stuck in the Snowstorm

A short walk down snow-covered lanes brought me to the periphery of an apple orchard that spread many kilometers across. The sunlight was welcome, filtering through the dense virgin forests of deodar, rhododendron and oak. A walk in the surrounding areas was a delight, since it was a place stripped bare of any local settlements. Barely had we walked a metre, when we were greeted with a heavy snowstorm which lasted a couple of hours. 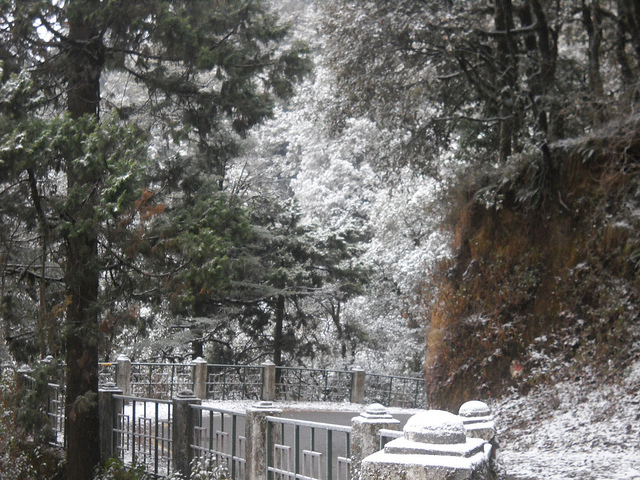 That was the first time ever I witnessed a snowfall in Mussoorie, and I felt no urge to escape it. I let every bit of the experience sink in. The green plantations surrounding the area, as far as the eye can see, were thickly layered with ice. Logs kept aside for bonfires had become damp, awaiting the morning’s sun to dry out. The weather was pleasing. It was cloudy most of the time, the mist floating in now and then. Three layers of clothing had sufficed for me to brave the cold along with boots, gloves and headgear.

Mussoorie does not offer much in terms of entertainment but it is an excellent place for those who want to enjoy solitude. There was a shack near the resort, separated by a lane, run by an old woman which offered excellent chai and Maggi noodles. It was the perfect place to strike a balance between the sane and the seemingly insane mind. Simply a world full of amazing experiences.

Kavita’s interest in travelling is only trumped by her love for travelling. She is deeply involved with issues of ecotourism and conservation.