Home
|
Places to Visit
|
An Insider Guide To Sanchi- The Spiritual Retreat! 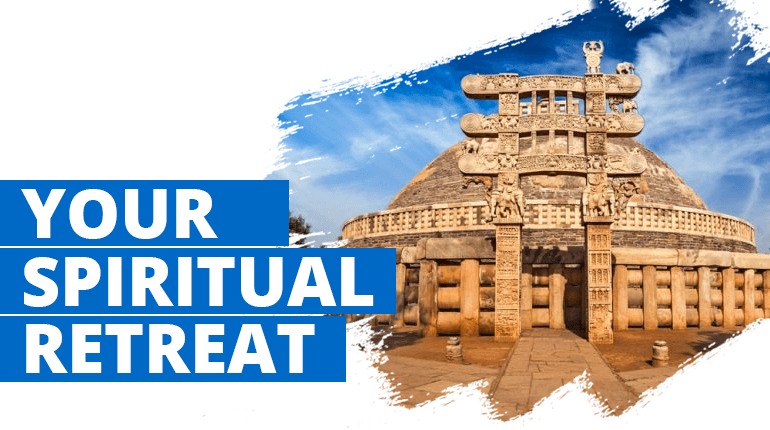 Anyone who has been to Sanchi agrees that it’s a place of remarkable serenity and calm. A 300-foot-high hill rises from the surrounding flat plains and plays host to a wealth of ancient Buddhist monuments: stupas, monasteries and a monolithic Ashokan pillar. A part of the hill, away from the cluster of these World Heritage monuments, is still wooded and offers a delightful walk under good weather. From the hill you can see a vast spread of agricultural land all the way to the horizon. 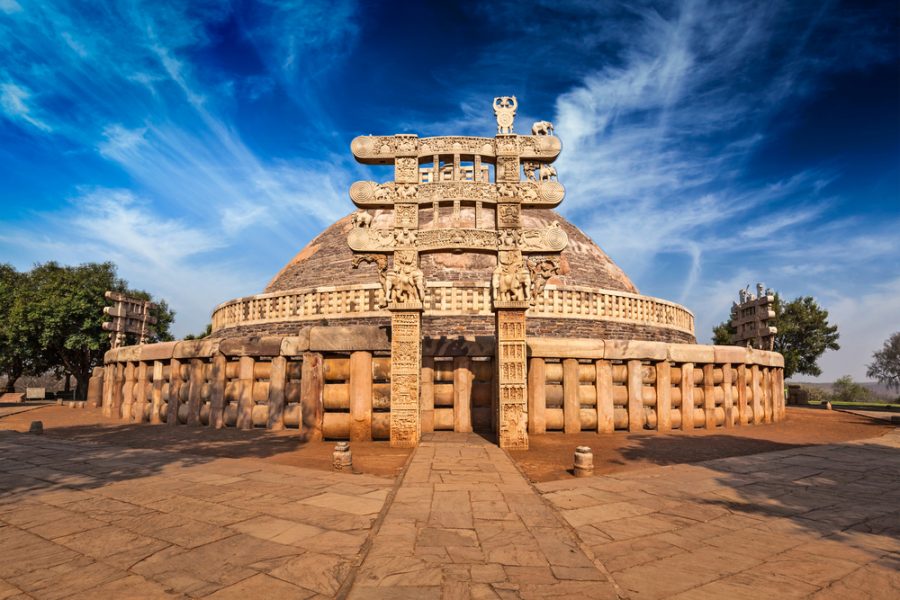 Things to Do and See

There are 50 monuments on the Sanchi hill, in different states of conservation.  The Great Stupa is the iconic image of Sanchi city, a grand edifice visible from the passing trains. After Ashoka, kings of the Sunga and Satavahana dynasties added to it. Its four beautifully carved gateways depict important episodes from the Buddha’s life, his miracles, scenes from the Jataka Tales and more, in incredible detail. You can spend hours looking at them and noting the workmanship. 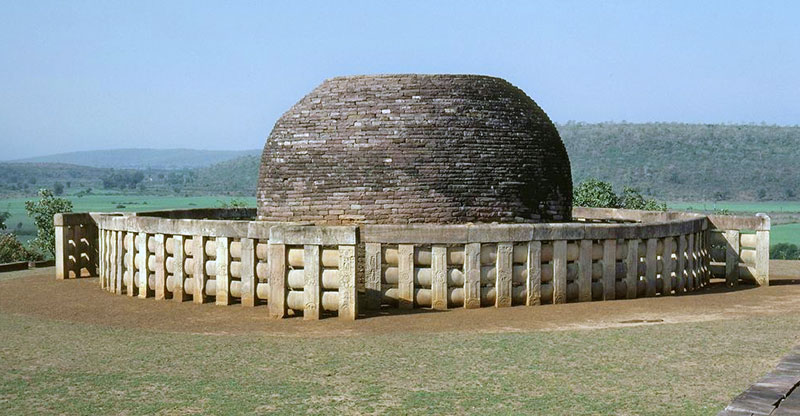 Other noteworthy monuments at Sanchi include Stupa 3, which held relics of Sariputra and Maudgalyayana, Buddha’s closest disciples; the Ashokan Pillar; several monasteries with monks’ cells; and a Gupta-era stone temple. 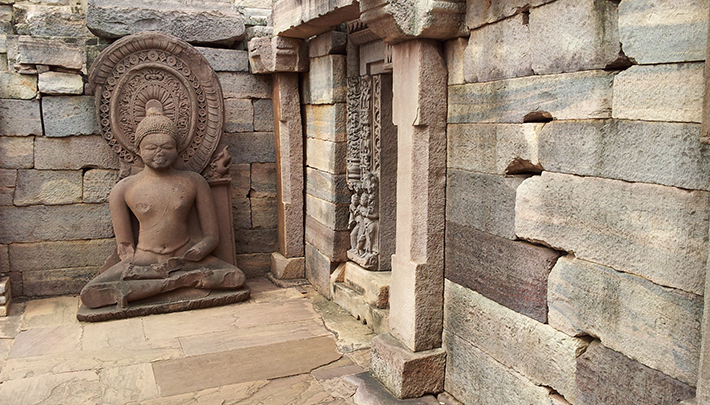 Outside of the heritage site, Sanchi, one of the must visit cities in Madhya Pradesh,  is marked by a huddle of haphazard construction — a museum, a couple of guest houses, some shops — yet it retains its serenity. The museum below the hill has on display, among other things, metal objects used by Buddhist monks of yore and the four-headed lion capital of the Ashoka Pillar you saw on the hill. ◆ Museum entry fee: INR 30 (including vehicle entry), foreigners INR 250 Timings 10 am-5 pm, Fridays closed. 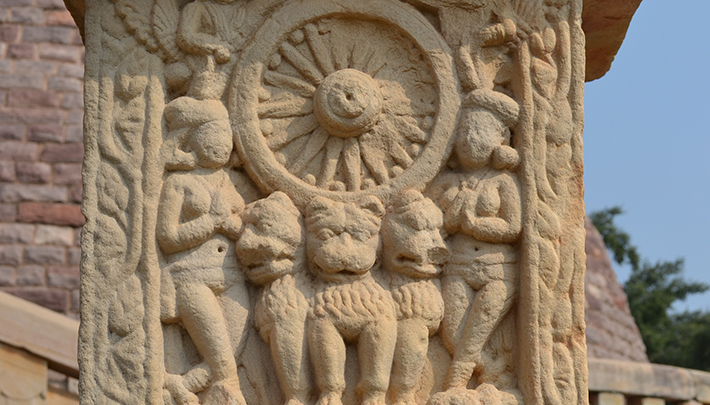 Where to stay and eat

This group of rock-cut caves was sculpted during the reign of Chandragupta II (375-415 CE). Take note of the beautiful design of the entrance, the massive pillars and the artful façade, eroded by time and the elements. Cave 5 has a depiction of Vishnu in his Varaha avatar. Caves 1 and 9 are remarkable. Taxi costs INR 1,500 for full day ◆ Timings 10 am-5 pm, Mondays closed. 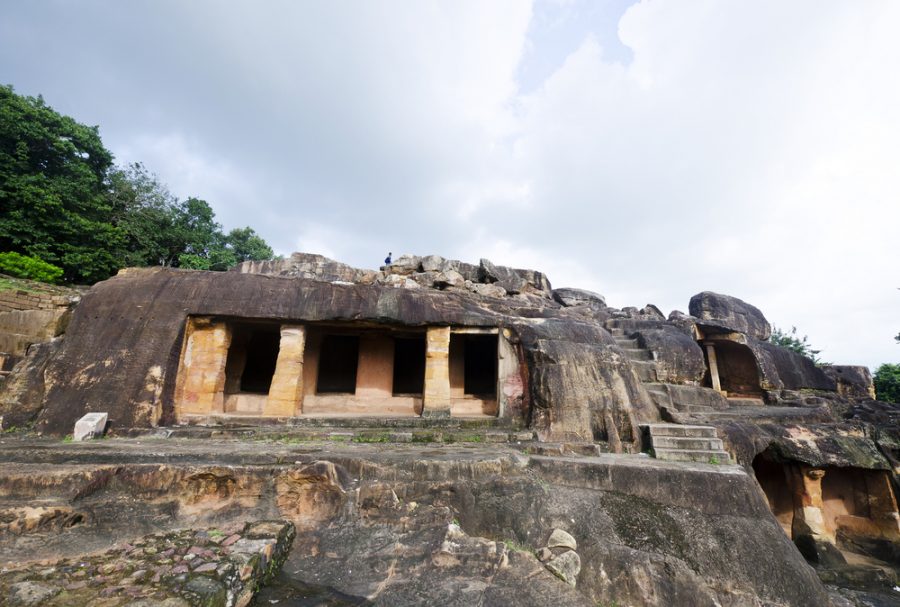 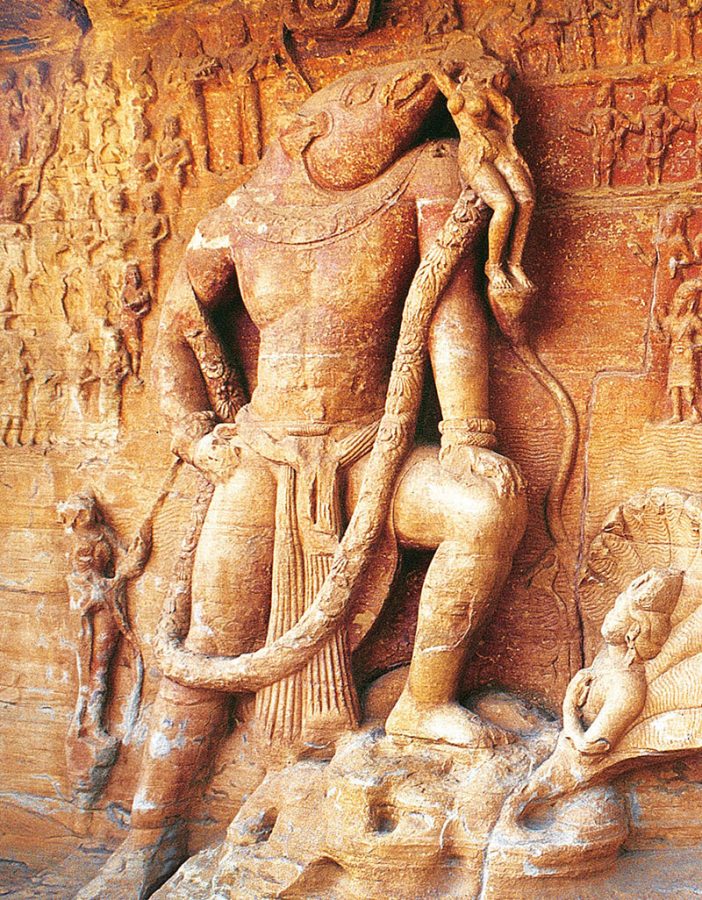 This pretty little town on the fork between the Betwa and Bes rivers was known as Besnagar in the Pali scriptures. It’s dotted with white lime mortar temples, a 2nd-century shrine and a museum stocking 9th-century sculptures and terracotta objects. 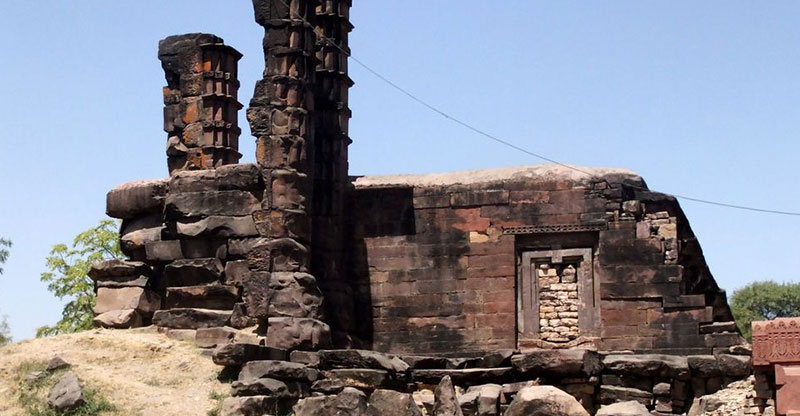 Not far north from Vidisha stands the Heliodorus (or Garuda) Pillar, known locally as the Khamba Baba. It carries inscriptions from 140 BCE. Heliodorus of Taxila, an envoy of the Indo-Bactrian king, Antialkidas, raised it. Also not to be missed are the Lohangi Rock, Gumbaz-ka-Maqbara and the 11th- century Bijamandal Mosque. Taxi costs INR 1,500 for full day.

When to go: November to February are the best months to visit this serene place.

The vivid and fine cravings on the Sanchi monuments, brimming with stories and detail, capture every visitor to this hillock. It’s like seeing the past, some two millennia old, come alive.  Take the road less travelled this season and visit the serene Sanchi! 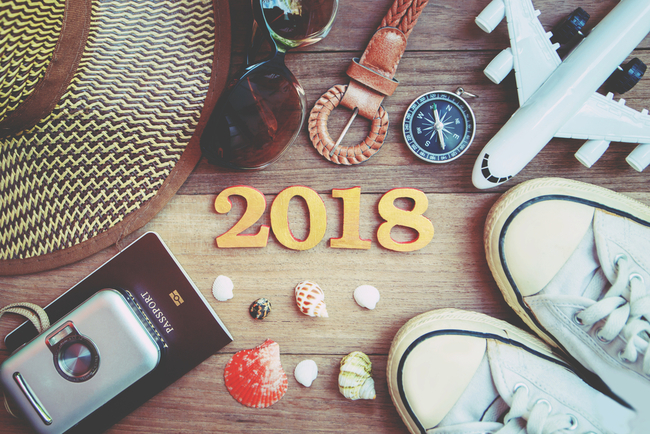