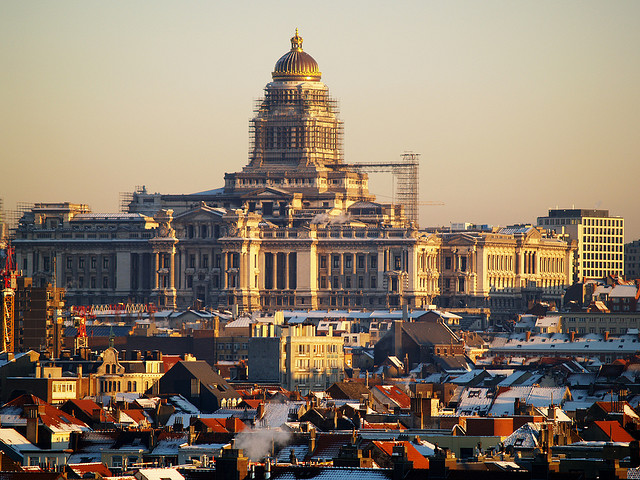 I looked at the itinerary and flinched. Four days, four cities in Flanders. That’s scurrying through a nation, I thought. But a closer look at that neat sheet of paper made me smile in glee at all that was packed into those four days: a king, an emperor, heaps of diamonds, mounds of chocolate, dollops of cream on the not-to-be- missed waffles, scoops of mayonnaise with must-have Belgian fries, a confectionery called Ghent Nose, 250 kinds of beer and a historic golf course.

Phew! So, when do I breathe? I brushed aside the thought, packed a sweet tooth, grew wings and flew off to Belgium, a low-lying country that sits on the south shore of the North Sea and borrows its name from the Belgae, a group of tribes living on the west bank of the Rhine, in the 3rd century BCE. Almost 35,000 ft in the air, flying amidst fluffy clouds, I looked at the itinerary once more and smiled again. 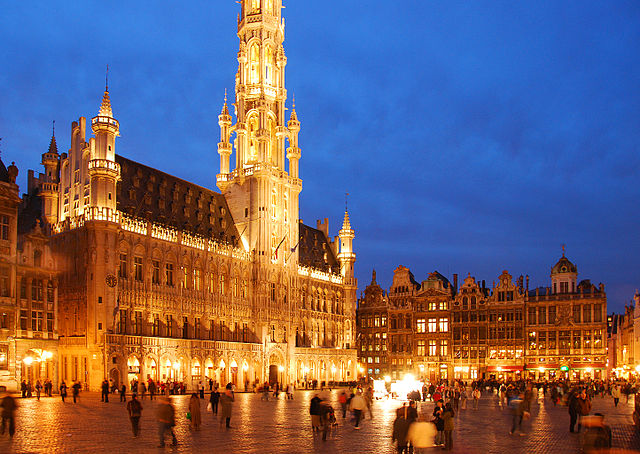 Day 2: Antwerp, the world’s diamond hub, where 1,900 diamond dealers are packed within one square kilometre, where Baroque painter Peter Paul Rubens created his famed voluptuous women and Descent of Christ, where in an opulent palace lived Napoleon.

Day 4: Ghent, a town that from 1000 to 1550 CE was one of the most important cities of Europe – it was bigger than London and second only to Paris in size. Ghent was known for its textile industry, its “headstrong and obstinate” men and as the city of Stroppendragers (noose wearers). 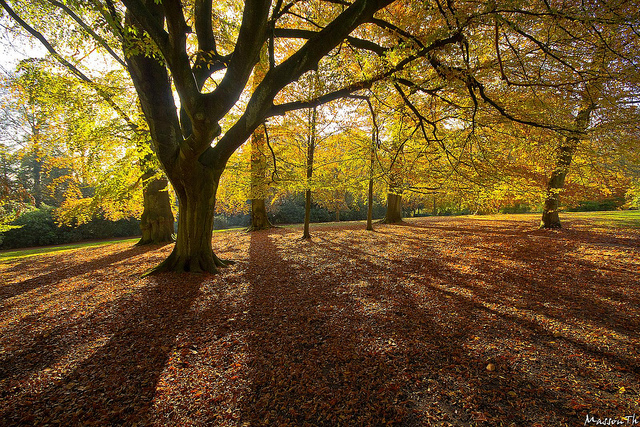 The sun was wriggling into its early morning burnished orange sheath when the aircraft touched the Brussels airport tarmac. The breeze was gentle, and the passage through immigration at the attractive airport turned out to be a cheery experience. All conversations in Brussels begin with Tintin, for it was in the Belgian capital that artist Hergé created the young reporter with moussed hair and without a surname. The air was abuzz with talk of The Adventures of Tintin, a Steven Spielberg 3D film released recently. There is no better place to learn all about Tintin than the Comic Strip Museum, housed in a heritage century-old Victor Horta.

A king and his favourite greens, however, interrupted my rendezvous with Tintin. In the Royal Golf Club of Belgium, ‘royalty’ is not just in the name, it is in everything. The golf course was founded in 1906 by a royal decree of King Leopold II and the land on which the greens were landscaped was a “royal donation.” History tells us all about the king’s gifts to the course, but, surprisingly, the name of the designer is still cloaked in mystery. Most golfers guess that the garden-like course surrounded by woodland was inspired (not designed) by Seymour Dunn, the brilliant “architect of the kings” who could hit a birdie with aplomb.

In Brussels, however, the king is often forgotten by the sidewalk of a cobbled street where, under a gray arch, stands the tiny Manneken Pis. The diminutive boy is not flamboyant; he is not even cute, but it is his absolutely unabashed mien that lures crowds. The little goodfella pees in public — get closer and he might pee on you! On good days, he pees beer; on sunny days, he wears the white Belgium baseball uniform.

Wobbly walking through the city, I curled up in the ritzy Conrad Hotel and dreamt I was a princess with a ton of diamonds piled by the bedside. Alas, dreams don’t come true. But the next day, as the car sped towards Antwerp, I knew I had a glittering day ahead. Literally! In the world’s largest diamond museum (Antwerp Diamond Museum), there were diamond nuggets, baubles, antiques, masterpieces, a miniature peacock masquerading as a magnificent brooch, a tennis racket with 1,637 diamonds, a jewelled snake to be twisted around a dainty wrist, a tiara studded with rubies for Empress Josephine, a necklace glistening with diamond dust for the Queen of Holland, a diamond watch for Napoleon Bonaparte’s son. Phew! I feasted on a ‘carat’ diet and almost died of greed. If only the Baroque painter, Peter Paul Rubens, could have come to my rescue, he would have resurrected me, just as he did Christ in his immortal The Resurrection of the Cross — a triptych replete with vibrant hues and intense expressions. 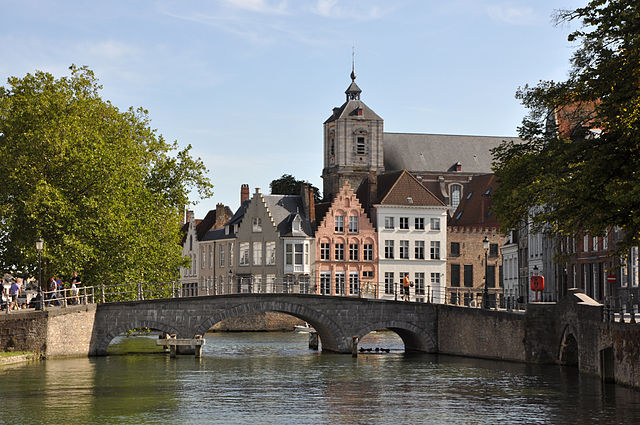 Two days, two cities. The king, the painter, the intrepid reporter and glittering baubles had fallen off the must-do list. But the third day was for sin. Sweet sin, if you may. In this medieval town, the air is redolent with the whiff of cacao beans. There are 50 reasons: at last count, that was the number of boutique chocolate shops in Brugge. Did chocolates lure Napoleon Bonaparte and scholar Erasmus to this squat town? Don’t know. All I know is that chocolate is Brugge’s perfect alibi. But, boy, did I expect chocolates in such idiosyncratic flavours?

In The Chocolate Line, some chocolates seem straight out of the garden: avocado, lemongrass, lavender, asparagus; others are perhaps pinched off a bartender’s shelf, with flavours like wine, vodka, tequila; still others seem to have been picked from the kitchen cabinet: Tabasco, vinegar, even a dollop of Havana cigar smoke. But the list does not end there. You have a cola chocolate that explodes in the mouth, there are some with wasabi, others with black olive puree. There are the non-sugary chocolates as well — Gazpacho. Guacamole. 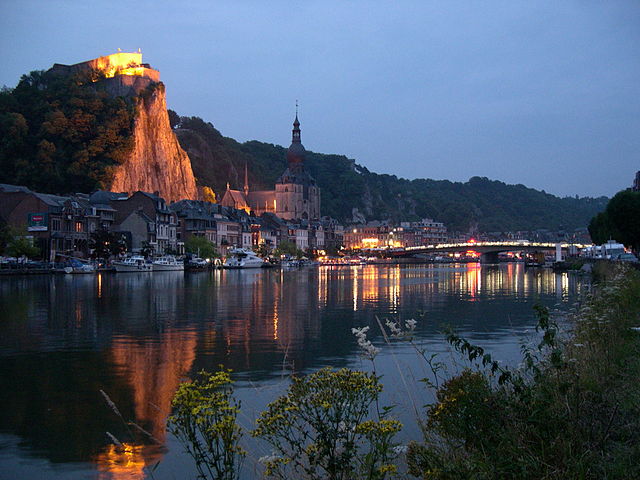 I had tipped the weighing scale dangerously but sought redemption in Ghent. “Why not begin with the Torture Museum in the Castle of the Counts?” suggested Nicky Temmerman of Tourism Flanders with a friendly grin. No, I certainly did not want to be flogged for atonement. Could I take my pick from all that was displayed in the museum — a thorny neck screw, a guillotine, a torture bed and a pommel horse? I shunned torture. Instead, I chose to drown my guilt at the Dulle Griet — a pub that sells 250 different types of beer. 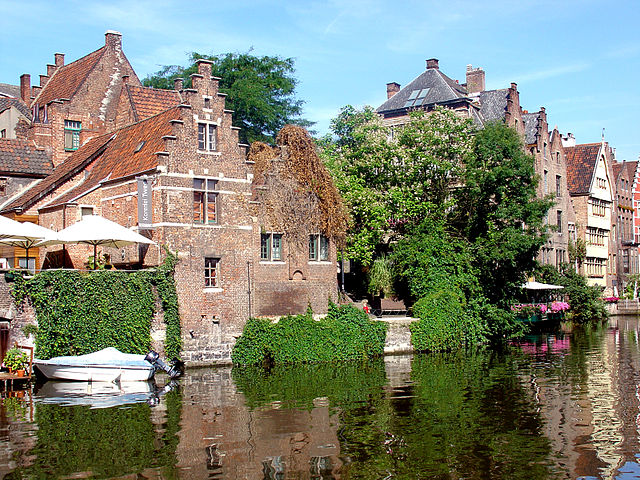 In Griet, you leave a shoe for a pint. Yes, you surrender a shoe before quaffing the blond (that’s a beer, not a slinky club queen). The Griet beer tankards are so exquisite that pub-hoppers would slyly take them home. The owner, tired of pilferage of the exquisite tankards, devised a trick: a shoe is to be surrendered and is roped up in a basket for safekeeping. When you are full to the gill, return the tankard and voila! You get the shoe back! All I needed was to get my svelte frame back. In Flanders, I had more chocolates than I did in my life. I am still tipping the weighing scales. Help! 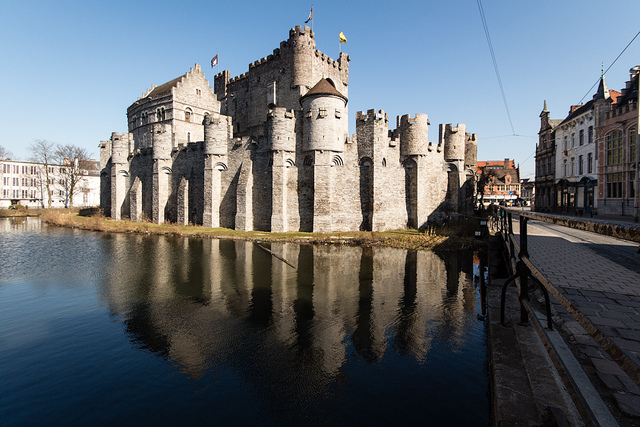 About the author Kirat Sodhi loves to travel, read and is a theatre enthusiast. 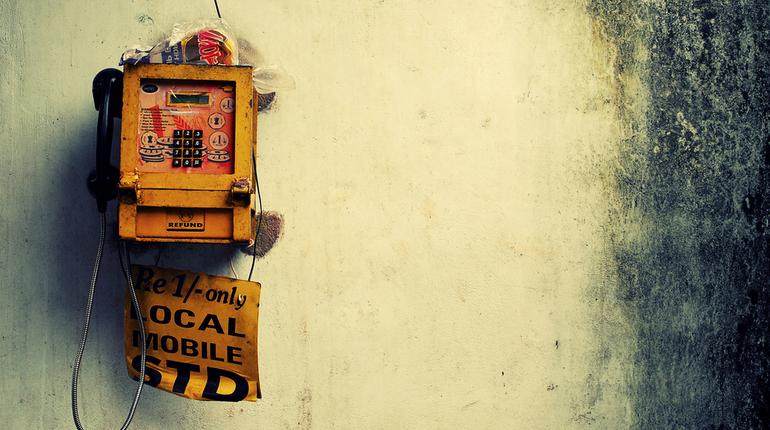