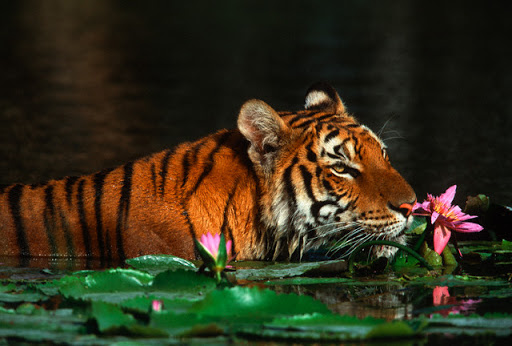 For an urban Indian, there’s nothing quite like the first breath of fresh hill air. Clambering down from the Ranikhet Express at Ramnagar at 5 o’clock on a chill November morning was enough to make me gasp. The carboniferous cocktail of the city was exhaled in a sigh, and the great Outdoors rushed in, leaf-cooled, earth-scented.

As my brothers and I headed towards Corbett — the road fringed on both sides with scrubby forest — the air, like a fine wine, just got better and better, until we arrived at our camp, and tumbled from the jeep, giggly and intoxicated. After the unrelenting beige flatness of the plains, the gently billowing curves of the land are as refreshing for the eyes as cucumber pads, and the heavens feel — as indeed they are — that much closer. 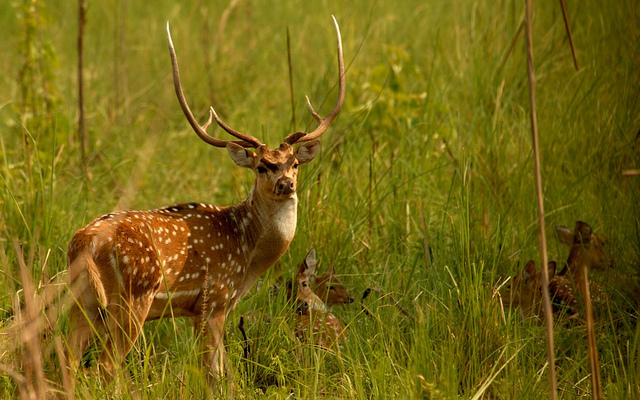 We tramped through the darkness, guided by the bobbing miner’s lamps on our guides’ headbands towards Camp Forktail Creek — set a short walk through the forest away from the road. The moon’s sliver crescent slowly dissolved high above us, and the birds started their dawn chorus as we cradled our hot tea mugs in our hands, and inhaled. After a delicious breakfast, we were handed stout walking sticks and set out with our wonderful guide, Conan, into the forest. One of the little-known delights of Corbett National Park is not the park itself, where only two modes of transport are allowed — four-wheeled (jeep) or fourlegged (elephant) — but the surrounding area where two-legged creatures can walk, unencumbered. The ‘buffer zone’, to give it its official title, sounds like the rural version of a parking lot: the grey, uninteresting stuff that surrounds the Main Attraction. This is very far from the truth, and many people, eager to hit the hot spot of the park itself miss the many and varied pleasures of the surrounding area, for nature knows no boundaries and the birds, animals and plants of Corbett crisscross with ease the hard human edges that separate the National Park from the rest. And here, like I say, you can walk.

Dotted with villages, and patterned with paths made by feet, hoof and paw, there’s something magical about walking in the forest… feeling the crunch of twigs beneath your shoes, the scent of wild mint and curry leaves, suddenly noticing that the trees are loosely linked by skeins of spider’s silk, gilded silver by the early sunlight. The forest canopy arches overhead and one instinctively talks in a whisper as you would entering a cathedral. And there is no better way of birdwatching, especially if you have an expert guide with you, as we did, who can spot a tree-creeper hunting out ants on the bark of a tree, or home in on the distant ‘toc-toc-toc’ of a woodpecker at work, or make out the intricate tear-shaped nest of a weaverbird hung like a bauble on a Christmas tree. A sudden flurry of redbreasted minivets set the tree asparkle just to complete the festivities. 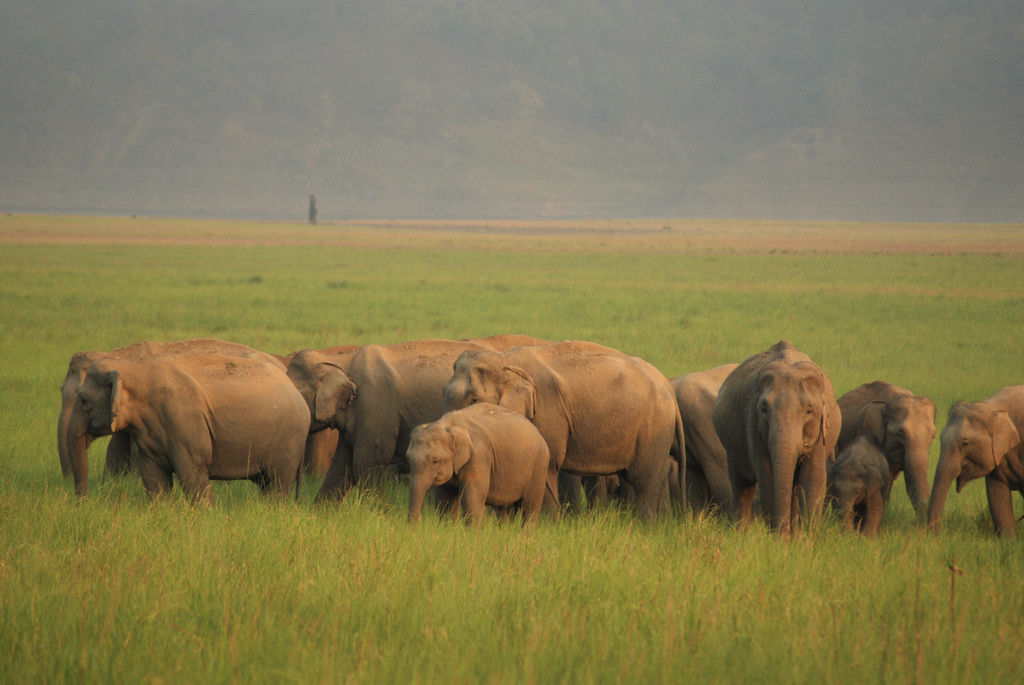 The forest at Corbett National Park can be read, like a book, for those who know the signs. We stopped by a fallen tree, its trunk listing at 45 degrees up into the air. The soft corky bark was deeply etched with scratchmarks, evidence of a tiger doing what all cats do: only usually on the table legs at home. “Too high up for a leopard,” points out our guide, and we marvel at the mental image of the sheer size of the cat that could reach up — well above our heads — to sharpen its deadly claws.

Pugmarks, of course, are the classic tell-tale signs of tiger activity. But there are also signs of wild boar, where the undergrowth and soft ground has been churned up by their snuffling snouts, as well as deer-droppings and hoof-prints where cheetal, sambar and tiny muntjac or barking deer have left their mark.

As we city illiterates strove to decipher the jungle book, I was reminded of the man who made this part of the country his own, who inspired the creation of a National Park here, and after whom it was named: Jim Corbett. There are many who can ‘read’ the forest — after all, interpreting its signs and wonders is a matter of life, livelihood, and even death, for those who live in and around it — but there are few who can write about it with such elegance, such ease and tell such gripping tales. Corbett’s stories are most often about the tracking and killing of dangerous man-eaters — both leopards and tigers — but to read them is to begin to understand an entire ecosystem. They are a lesson in the mores of its inhabitants, an initiation into the subtle everchanging interlinkage of man and beast which we, in this modern, urban age, all too often forget. 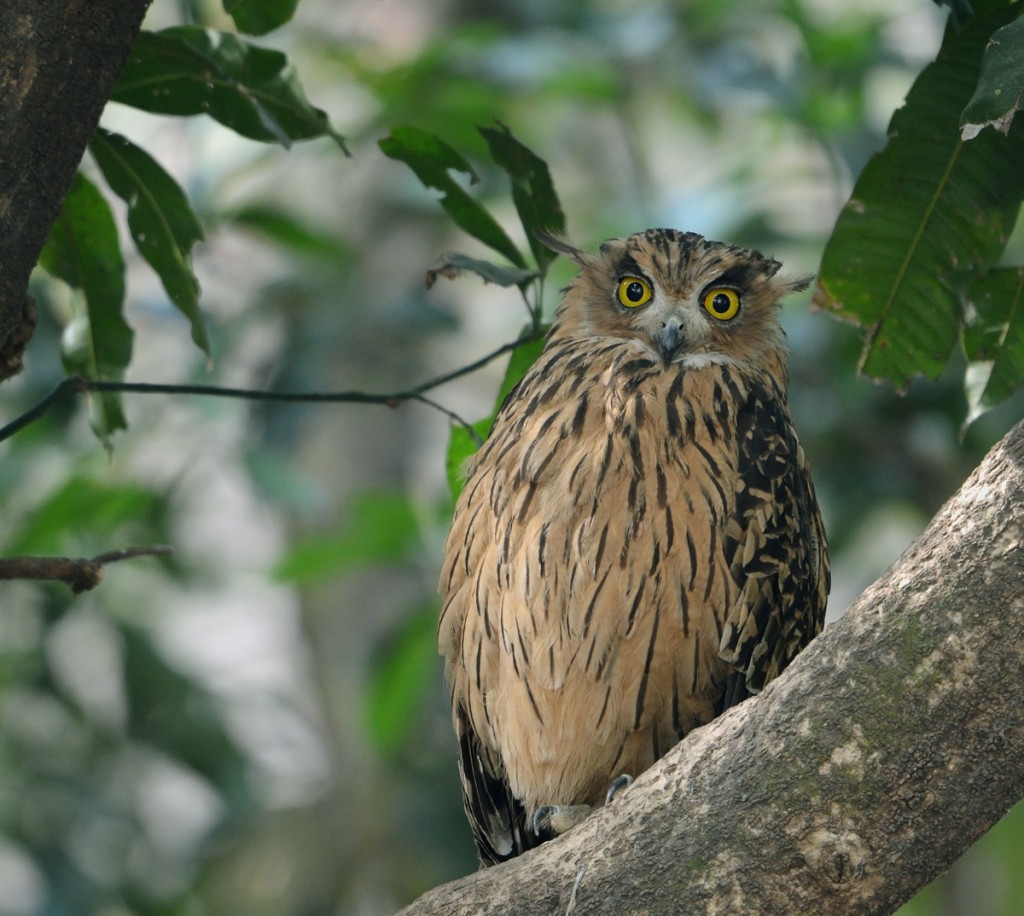 But reading the forest, unlike reading a book, requires all the senses. Our guide suddenly dropped to his knees and picked up a handful of earth. Rubbing it in his palm he then lifted it to his nose, like a connoisseur checking the fragrance of the first crop of Darjeeling. “Basmati,” he pronounced, smiling broadly. And we take turns smelling the tiger-sprayed earth. It does, indeed, smell of freshly cooked rice.

A throaty bark sounded from somewhere deep inside the forest. Then another. “Sambar — alarm,” whispered Conan, “Definitely a tiger about. Cheetal alarm when a twig snaps — real wimps — but a sambar’s big. They’ll usually only alarm when it’s serious. Come on.” My brothers and I exchanged glances, and gripped our walking sticks a bit tighter. They seemed so sturdy when we first set out, but here, in tiger country, with nothing between us and one of the world’s great predators, they suddenly seem to have shrunk to matchsticks. We followed the receding call as far as we could until it faded, faltered, and finally stopped. We didn’t see the tiger that morning — and torn between disappointment and relief, headed back to the camp. Later that day, my brothers headed off with our hosts for a short jeep ride. Promise me you won’t see a tiger, I pleaded. “No chance,” they reassured me. “We’re going up to the hill, and tigers never show up there, and anyway it’s afternoon, so no chance.” Of course, they not only saw a magnificent tigress from the road, they even tracked her for a while down a dry riverbed. Sometimes the law of the jungle bears a striking similarity to Sod’s Law: it’ll thwart all your expectations, deliver your zip when you’re most prepared and then conjure up a small miracle when you’re least expecting it. 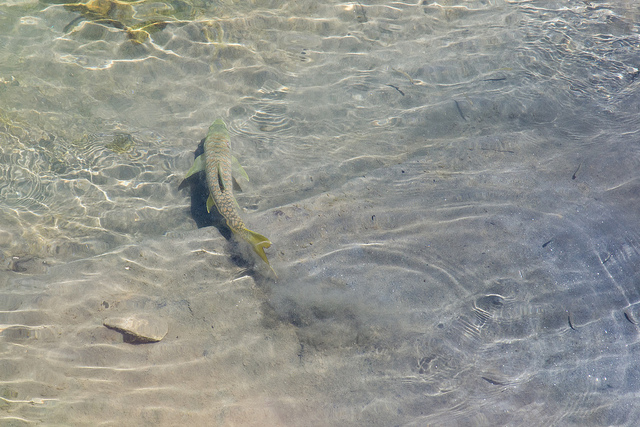 The next day we ventured into the park itself: the morning spent roaming around in an open-top jeep, and the afternoon swaying along atop a 40-year-old elephant called Asha. No more tigers that day, but a herd of elephants seen at close quarters, being watched warily by a handsome sambar, and spotting a bewildering variety of birds was more than enough to satiate our appetite for the wild.

A flash of electric blue signalled a kingfisher diving for its lunch on the far side of the river. Pied wagtails bobbed hopefully from rock to rock, scanning the water’s edge for tasty tidbits. As the early bats winged their way out for the evening, somewhere, undisturbed, away from human intrusion, Corbett’s beloved tigers would be licking their chops after the day’s kill and settling down to sleep. Knowing they are there — those last few precious, wild and wonderful creatures — made our small lives richer, more meaningful, more unimaginably strange just as knowing that they may not be, for many years more, diminishes us all.

Location: Corbett NP is located in the Ramganga Valley near the Himalayan foothills Distances 263 km NE of Delhi, 19 km NE of Ramnagar Route from Delhi NH24 to Moradabad via Hapur and Gajraula; state highway to Amdanda, Garjia and Dhangarhi gates of Corbett NP via Kashipur and Ramnagar

When to go: Between mid-Nov and Apr. Winters can be very cold, so take your woollens! The park closes for the monsoon season, from mid-Jun to mid-Nov. However, most of the hotels and resorts surrounding the park stay open for those wishing to travel during this period, and enjoy the unique experience of the foothills in the rainy weather

Go there for Tigers, angling

Anita Roy is a writer and critic based in Delhi. Apart from contributing to magazines and newspapers, she worksas a commissioning editor for childrens books with Young Zubaan, a women’s publishing house. 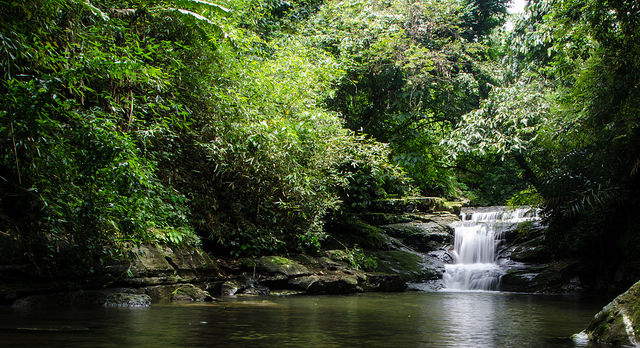