There’s a definitive moment as you’re skirting the 520-acre property of Fringe Ford, when you’re made to cut off contact with the outside world. It’s almost umbilical. There you are — enjoying the view of dappled green valleys and shola forests looming up towards the sky like soldiers — congratulating yourself on having discovered such remote and rarefied climes, when the guide, who has been leading the way asks, “Do you have any phone calls to make? Because after this point, you’re not going to get any signal for the mobile.” It’s at this invisible line that your urban dependencies begin to get exposed. No cell phone towers: ergo, no phone calls, text messages or Internet; no newspapers; no television. Nothing, in short, that will clutter or clog your brain with information, digital or otherwise. Fringe Ford, which lies snugly on the border of northern Kerala and Karnataka, in that magical place of the spice groves and coffee plantations called Wayanad, considers this isolation its greatest selling point.

The property has 27 natural streams, waterfalls tinkling here and there, a vantage view of the Wayanad Hills — but the thing that really sets it apart, literally and metaphorically, is its relative inaccessibility. Fringe Ford was bought by an Englishman in 1912, and the land around the house was cultivated as an estate for coffee, cardamom and spices. Over the years, the ownership changed hands many times, but now, after finally settling into naturalist Ahmed’s hands, Fringe Ford has been converted into a kind of repose for nature lovers. If you’re travelling alone, being cocooned in a faraway jungle, with only the sound of cicadas chirping from the undergrowth to give you company might seem like quite a daunting prospect. But if you have company, as I did, Fringe Ford can be the perfect romantic getaway. At Fringe Ford, you’d be advised to redefine pleasure in a more rustic sense of the way: a private waterfall lunch for two, Scrabble by candlelight, a morning cup of tea before putting on your leech socks and heading into the forest. Whatever you decide to do, be assured that you’ll be left, for the most part, to your own devices. 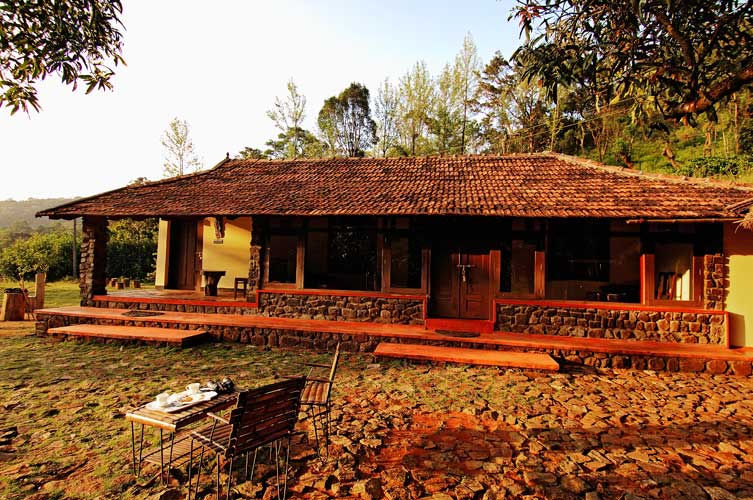 Mamooty, the spry, moustachioed fellow who manages Fringe Ford but who could as well double up as a Kannada film actor, believes that most folk who come here come for the fresh air. It sounds simplistic, naïve even, to think that people would subject themselves to an overnight train journey and a few bone jangling hours in a Mahindra just for ‘fresh air’. But when you finally get here, when that first sight of the house — a small, red, Mangalore-tiled pimple amidst all that green — rises into view, you begin to grasp how it really is the simple things in life that we are all after. That evening, as my partner and I sat on tree trunks savouring fried bananas and hot tea, listening to Mamooty identify certain birds that flew overhead — drongo, parakeet, woodpecker — we sat marvelling at the extent of the fresh air in this place. And the view made one dizzy with hope. Just us, a home-cooked meal, a warm bed, a lazy moon meandering slowly in a bright, star-filled sky. 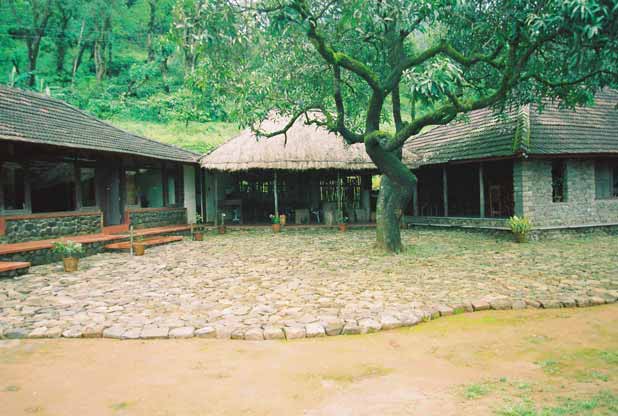 Even if you’re not a birder or a walker, Fringe Ford is a self-sustained piece of paradise. It shares borders with the wildlife sanctuaries of Upper Wayanad and Tholpetty reserve forests, making this stretch one of the last remaining bastions of the Malabar rainforests. In these forests there are such rare species as the lion-tailed macaque and the giant Malabar squirrel, but also the more common species like the Nilgiri langur, gaur, sambar and barking deer. Elephants and bisons are plentiful, but it’s more likely that you’ll see them from afar, moving like a dark patch of rock against a faraway green mountainside. But even so, it’s reassuring to know, as you’re huddled by the bonfire eating kebabs, that the jungle and all its creatures are out there. The resort arranges treks around the property free of charge but for visits outside expect to pay the guide INR 300 for half a day and INR 600 for a full day. As we once again crossed that magical line that encircles Fringe Ford, separating it from the rest of ‘civilisation’, our mobile phones let out little bleeps. By the time we arrived in Kozhikode, there were reverberations in our ears — not of lorry horns, but of cicadas singing. For a while, at least, I thought, this will sustain us.

State: Kerala
Location: In Mananthavady village in the forests of Upper Wayanad in northern Kerala, amidst spice groves and coffee plantations. About 123 km north-east of Kozhikode.
Distance: 328 km SW of Bengaluru; journey time: by road: 7 hours, by rail: 11 hrs, by air: 2 hrs
When to go: When to go March to April has coffee blossoms, pepper picking and fireflies. September is post-monsoon when the valleys are bathed in green and butterflies emerge. Coffee is harvested in November and December. June to August is rainy.

About the author: Tishani Doshi is a writer and dancer based in Chennai. 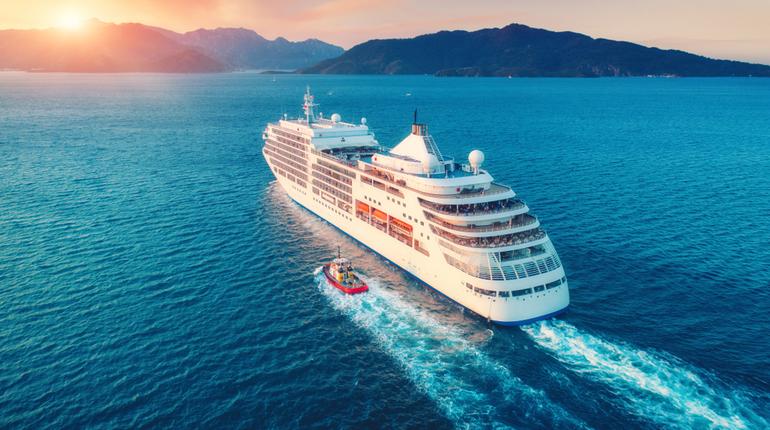