Home
|
Culture & Cuisine
|
How to celebrate Holi in different ways?

Holi, also known as the festival of colours, is one of the most important festivals celebrated in the country. Clouds of colours in the air, kids running armed with pichkaris, gulal smeared faces, bhang spiked thandai, gujia and dahi vadas beautifully served in plates is how Holi is celebrated in different ways in India. Though the way of celebrating the festival differs from state to state but the spirit and enthusiasm remain the same.

There is something very unique about the Holi celebrations in Mathura and Vrindavan. The festivities last a full 40 days, concluding finally on the day of Holi. The best of classical and folk dancers come together from all over the country to depict the love story of Krishna and Radha. Not only this, but also the best voices of the country perform folk songs here during this time. Out of all the venues across the twin cities, the most notable shows are organised at Shree Krishna Janmasthan a week before the festival. During this time of the year, there are many more places to visit in Mathura  and spend some wonderful time. 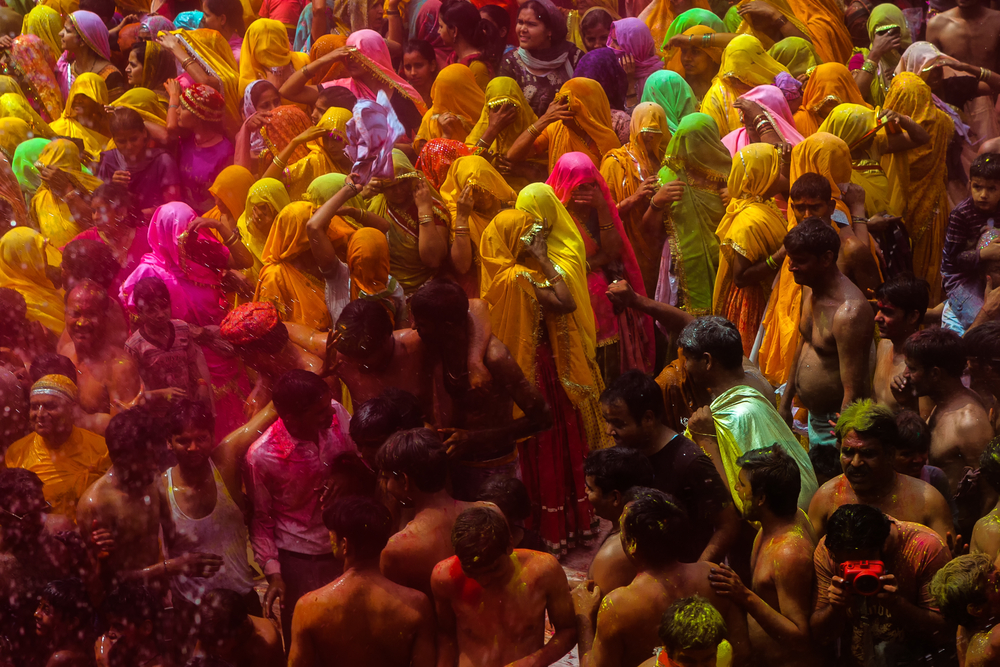 What’s more, the fun doesn’t end with colourful performances! A few days before the actual festival is the Lathmar Holi, celebrated when the cowherds from Nandgaon in Mathura visit the gopis of Radha’s village, Barsana. Legend has it that Krishna once visited this village to tease Radha and her friends and was affectionately shoo-ed away withlaths or bamboo sticks. This tradition has continued in the form of Lathmar Holi here, where women get a chance to playfully hit their men with lathis. The atmosphere is frenzied and charged with excitement, with loud songs accompanying the action in the arena.

Book a cab from Delhi and you can reach Mathura in approximately 4 hours.

The Holi celebrations in the state of Uttarakhand have a honey-like musical flavour! The Kumaoni population of the state celebrates Holi in three ways, known as Baithaki Holi, Khari Holi and Mahila Holi. In the Baithaki Holi, devotees of Lord Krishna sing classical ragas to please the deity. People gather along the course of the day at the temple premises, in performance centres and at homes, where ragas particular to specific times of the day are sung. The Mahila Holi is also similar to Baithaki Holi, only these gatherings comprise of women.

In Khari Holi, people dress up in the traditional wear of nokidaar topi, kurta and churidaar and dance to the beats of local instruments like hurka and dhol. This celebration usually follows the Baithaki Holi and also involves singing folk songs. To utilise the time in the best possible way, you can avail one of the many Uttarakhand packages available online. 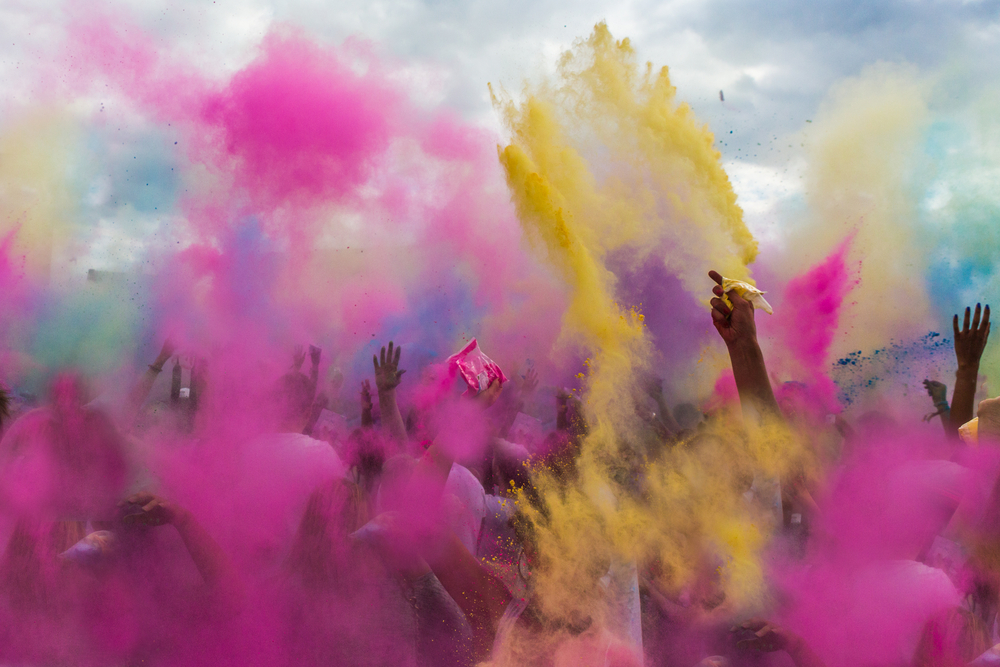 Banswara is a small village in Rajasthan, where Holi is celebrated with a lot of enthusiasm and fanfare. The tribals of this village and the surrounding areas bring out their traditional clothing and jewellery to participate in community dances using sticks and swords as their props. This is known as the Gair Dance and it is usually organised on the eve of Holi, and also follows Holika Dahan. The people are very warm and welcoming, and as this custom is little known, it’s not commercialised, offering a great window to local customs and rituals. It is one of the various ways in which Holi celebration in India takes place. 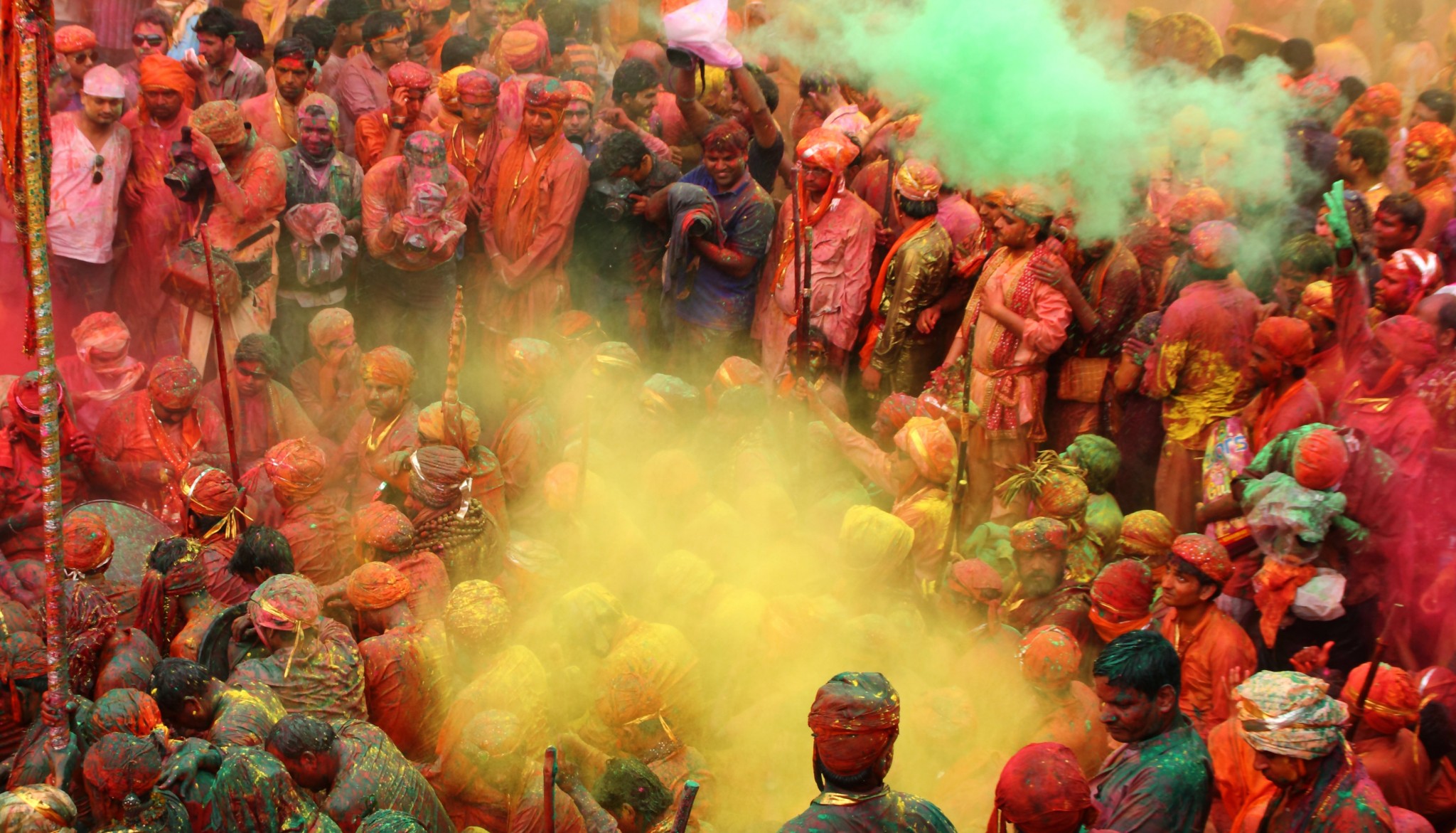 Reaching Banswara can be slightly difficult as it is a small place. You can either take a taxi from Delhi to Udaipur (651 km) or can use public transport.

West Bengal has various ways of celebrating Holi, and amongst them, there are some very unique in character. Take the Holi celebrations at Shantiniketan–one of the mostfamous places near Kolkata. Here, the celebration of Holi as the Vasant Utsav was started by Rabindranath Tagore. The students of the Vishva Bharati Institute dress up in lively hues of spring and perform to all the songs written by the Nobel Laureate. This is followed by water showers and smearing colours. Such is the flavour of this celebration, that it has grown to become one of the most cherished events and attracts tourists from all over the world. 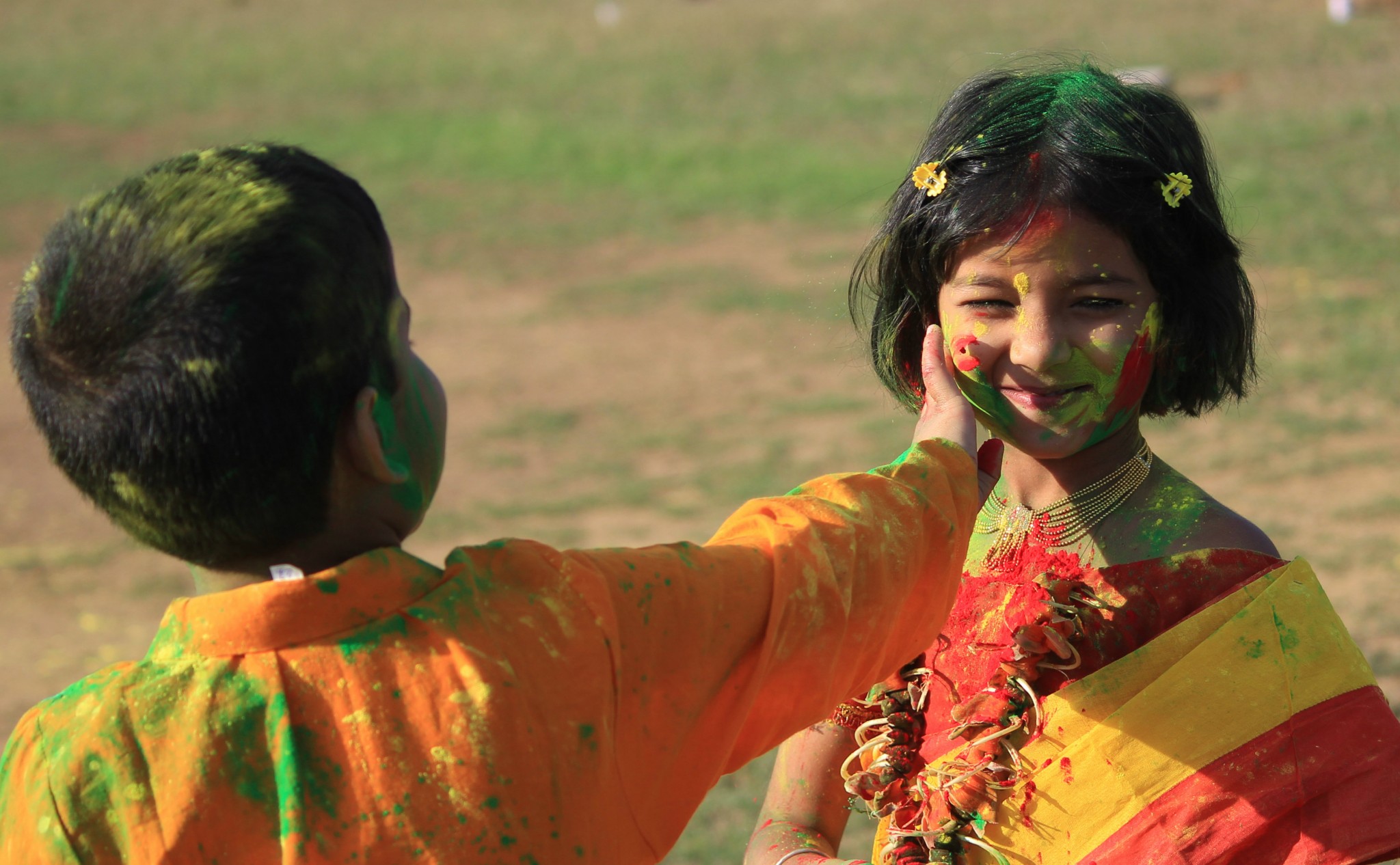 Another unique custom of Holi in West Bengal is the ritual of Doi Jatra or Dol Purnima. In this, students dressed in bright saffron colours carry intricately decorated palanquins of Radha and Lord Krishna through the streets. This procession is accompanied with song, dance and water sprays, giving the whole atmosphere a vibrant and lively feel.

When spring comes, the Pink City of Jaipur gears up for a twin celebration that of Holi and the Elephant Festival. Apart from the beautifully adorned elephants, the heart-racing elephant polo matches and the grand processions of folk dancers and singers adds to the grace. A unique aspect about celebrating Holi in Jaipur is enjoying smearing colour on your loved ones faces on elephant backs! 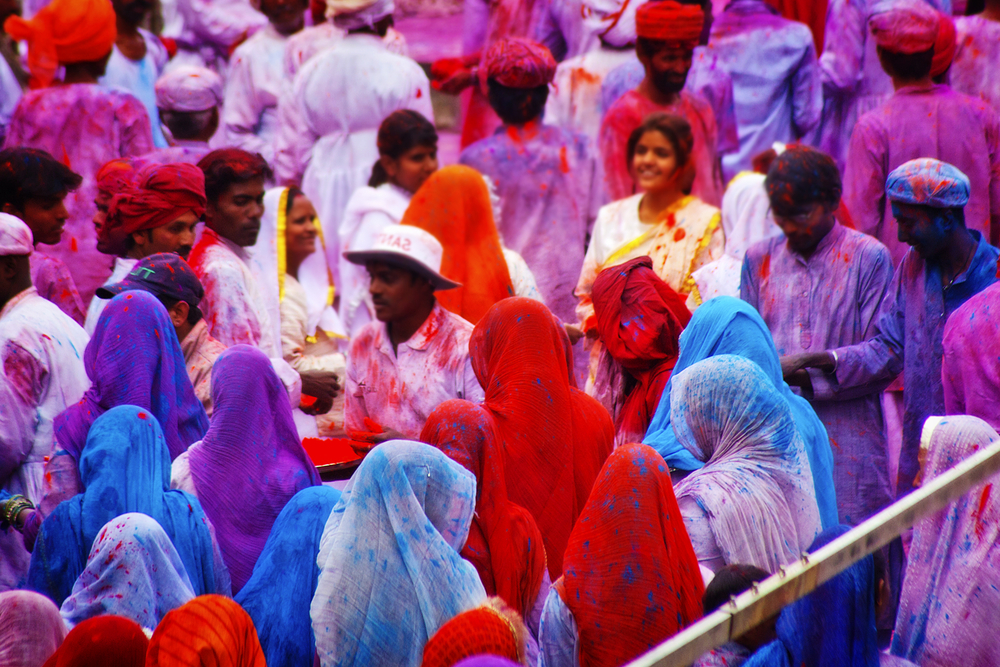 Apart from all the above, India also celebrates Holi in unique forms in states like Bihar, Assam and Goa, which are some of the famous cities in India. 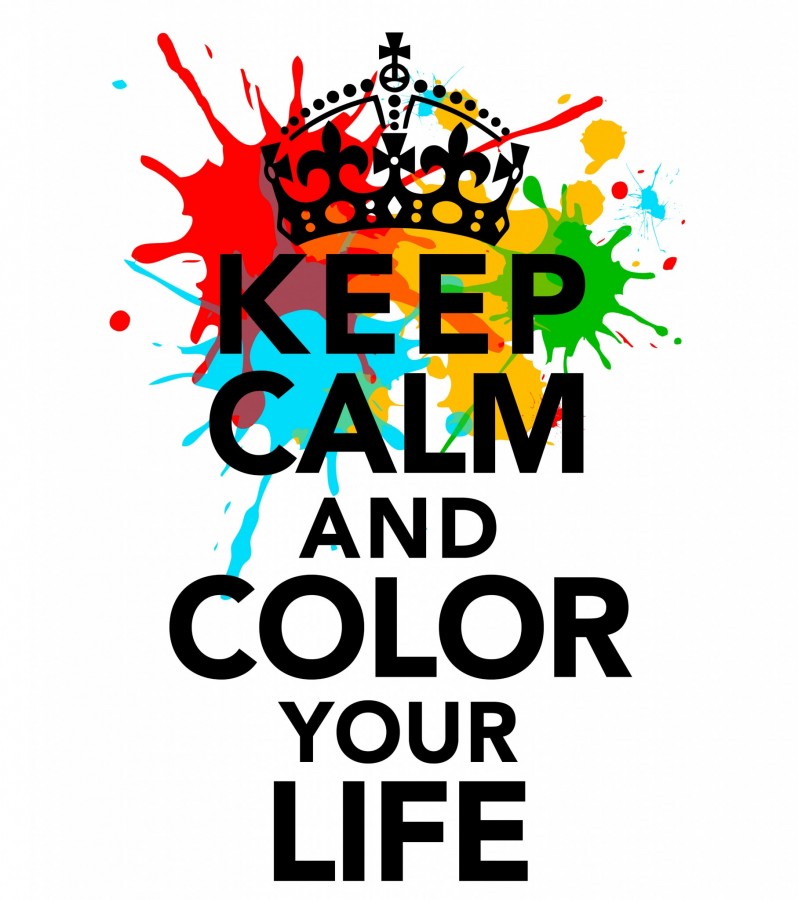 If you are tired of the same old neighbourhood party you attend every Holi, how about packing your bags and enjoying the different ways in which Holi is celebrated in India. After all, HOLI HAI!

Kanika Agarwal is an avid traveller and likes to express simply by words of her experience. She admires the natural beauty and her dream is to explore the unexplored. 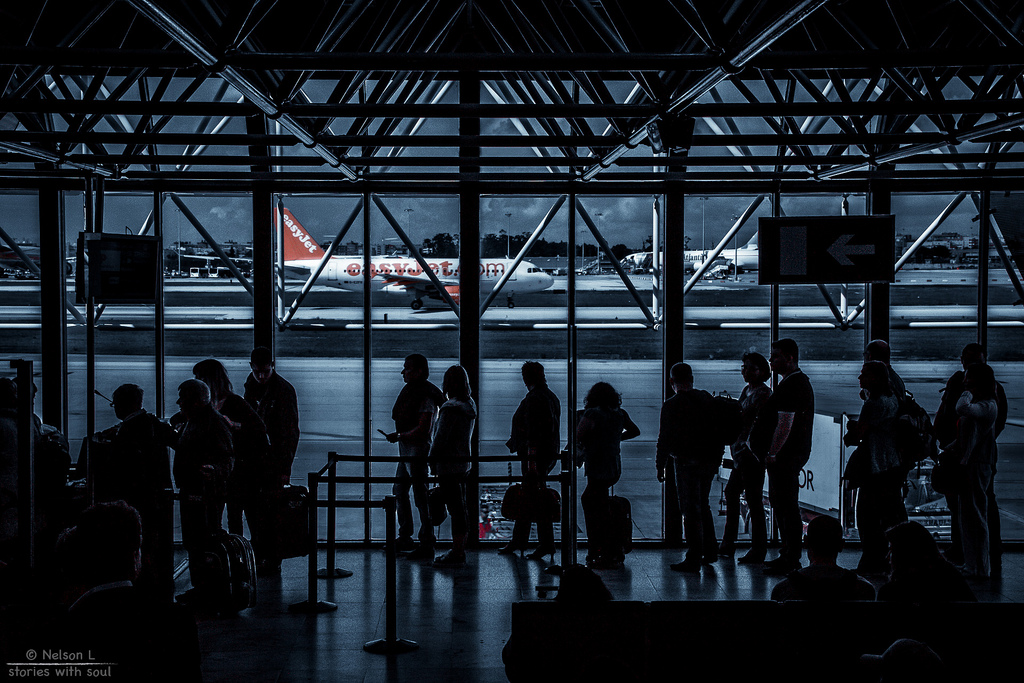 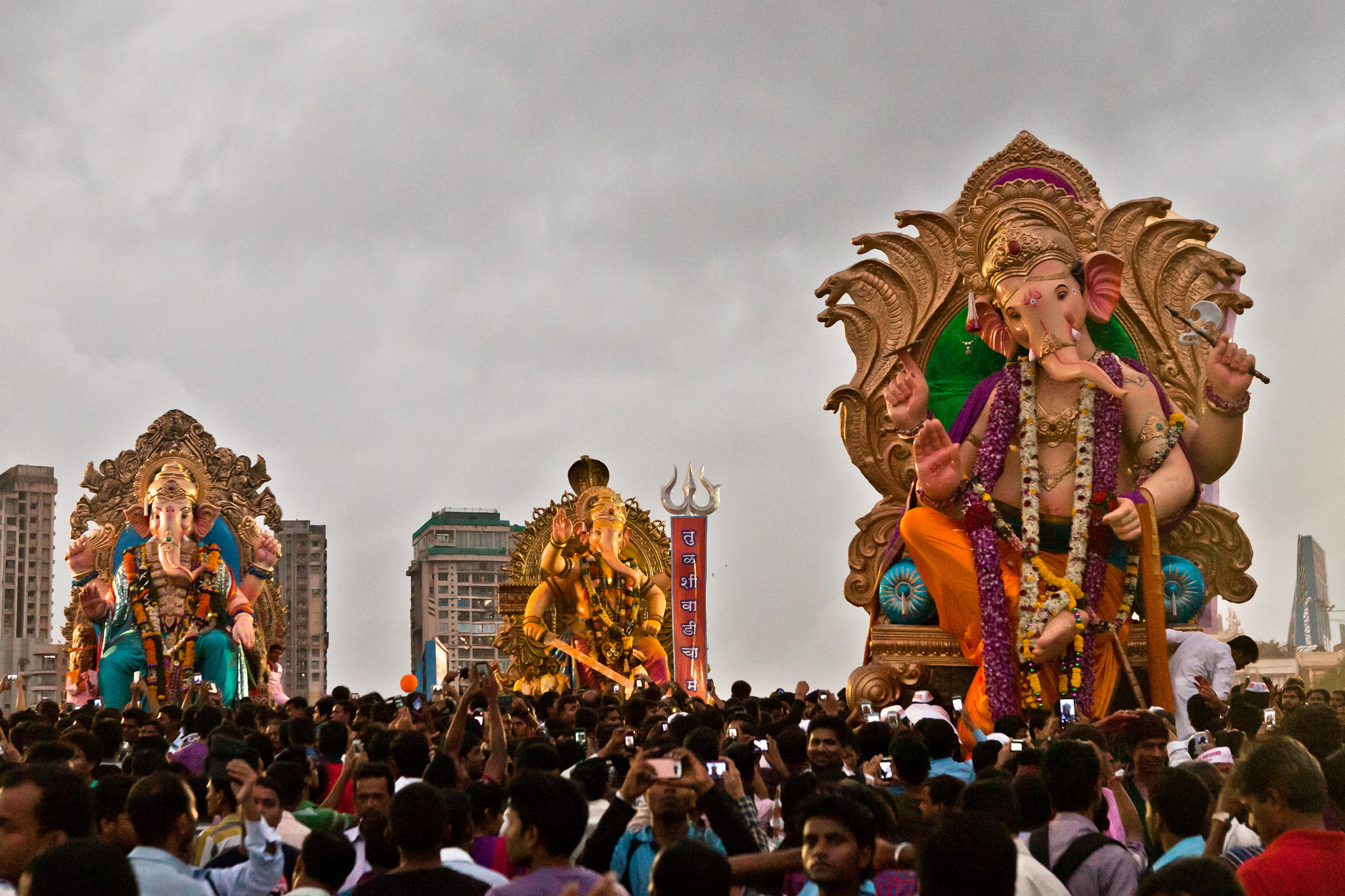