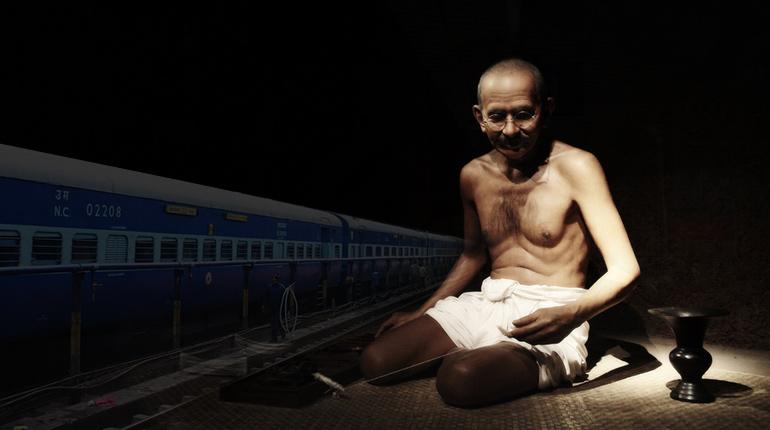 If a proposal from Indian Railways is approved, October 2 will not only be celebrated as Rashtriya Swachhta Diwas, but also as ‘Vegetarian Day’ as a homage to Mahatma Gandhi, India’s most-famous ambassador for vegetarianism.

It has proposed that no non-vegetarian food will be served to passengers on trains on October 2 in 2018, 2019 and 2020. This is to be done as the Central Government has planned a special commemoration of the 150th birth anniversary of Mahatma Gandhi.

Besides observing ‘Vegetarian Day’, Railways also plans to run a ‘special salt rake’ from Sabarmati on March 12 to commemorate the Dandi March. It will also run ‘Swachhata Express’ trains from Sabarmati to various stations connected with Gandhiji.

Railway tickets will also be issued with a watermark of Mahatma Gandhi’s image.

The plan also includes thematic painting of all stations connected with Mahatma Gandhi and setting up of digital museums. It has also been proposed that all the divisional headquarter stations and their administrative buildings should have murals of Gandhiji.

A special logo is all set to be displayed outside the train coach where seat numbers are displayed, so that it can be seen by the public.

Earlier this month, President Ram Nath Kovind chaired the first meeting of the National Committee for the Commemoration of the 150th birth anniversary of Mahatma Gandhi.