On April 16, 1853, the Indian subcontinent saw its first ever passenger train journey. Four hundred lucky guests had signed up for a historic trip from Mumbai’s Bori Bunder to Thane in Maharashtra, on a train run by the Great Indian Peninsula Railway.

Pulled by steam locomotives with fancy names—Sultan, Sindh and Sahib–the rail carriages were flagged off with wide applause and a 21-gun salute. But little did the passengers know, the chain reaction they’d be setting off with a single trip.

The distance was small, a mere 34 kilometres. But once the GIPR tasted success, they began to rapidly connect Mumbai to the rest of Maharashtra, to Chennai, and finally to Kolkata. New rail lines were laid over the next few decades, spreading out to Allahabad and Kanpur, Durg and Jabalpur.

Eastern India’s first passenger train travelled from Howrah to Hooghly in 1854, while the south’s first ran from Royapuram–Veyasarapady in Chennai to Arcot in 1856.

Fast forward to 2021, and the Indian Railways’ train routes cover over 67,000 kilometres, passing through forests, mountains, and desert areas. Managing an annual passenger footfall of over 8,000 million (yes, you read that right), it is Asia’s largest railway network.

The Chenab Bridge, being built in the Kashmir Valley, is currently the most famous of these new rail works. Set to be taller than the Eiffel Tower, its completion will allow for uninterrupted train travel to Kashmir all the way from Kanyakumari.

Passenger numbers have majorly recovered in 2021, and the Railways is now running several special trains, luxury trains and unreserved services to cater to every kind of traveller—all while implementing COVID-safety protocols as much as possible.

That little train to Thane sure has come a long way! 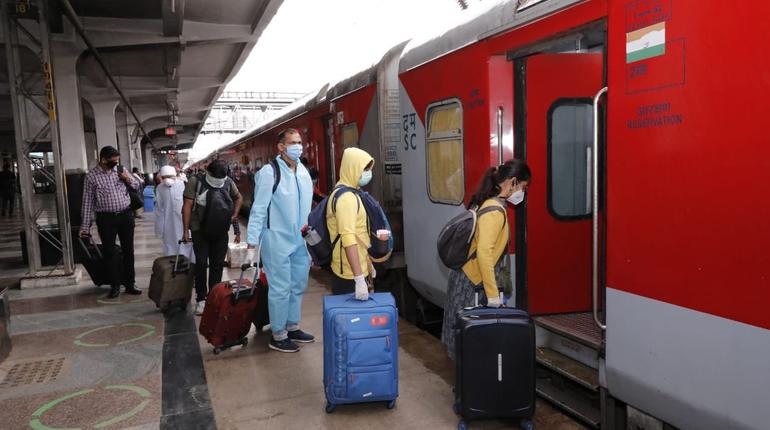