Unlike the Shimla or Ooty ‘toy trains’, the narrow-gauge Kangra Railway is not your cute hill-station train, transporting holidaymakers or honeymooners in first class carriages. For the royal sum of Rs 27 for 164 km from Pathankot to Jogindernagar, it’s a boon to its local passengers, mostly villagers who use the service because it’s cheaper than the bus. Heart-stopping views are guaranteed, finding a seat is not.

Built in the 1920s to ferry heavy equipment for the construction of the Hydro Electric Power House at Joginder Nagar, the Kangra Railway is now a living museum of early 20th century technology — safe, reliable and the cheapest mode of transportation for the locals. It wasn’t built to shuttle an imperial elite to a summer capital, it’s not a national heritage like its famous Kalka-Shimla cousin. Unlike other hill trains the views here are uninterrupted, with only two tunnels on the route. It doesn’t service any particular hill station, and its biggest station, Palampur Himachal, is 10 km from Palampur town.

It doesn’t boast many spectacular bridges or tunnels. It’s just kind of there, part of the landscape. But what a landscape. Think deep gorges, feathery pine forests and fields of mustard basking yellow in the sun. Think terraced fields shelving gently across valleys, rippling with wheat. Undulating tea gardens shaded by trees. Jade green rivers and silver streams. Ears of corn drying on slate roofs. Rock-strewn riverbeds echoing the crash and rattle of the bogies. Then imagine, every once in a while, the green flanks of oak and deodar-clad hillsides separating to reveal the Dhauladhar flashing snowy white in the distance. 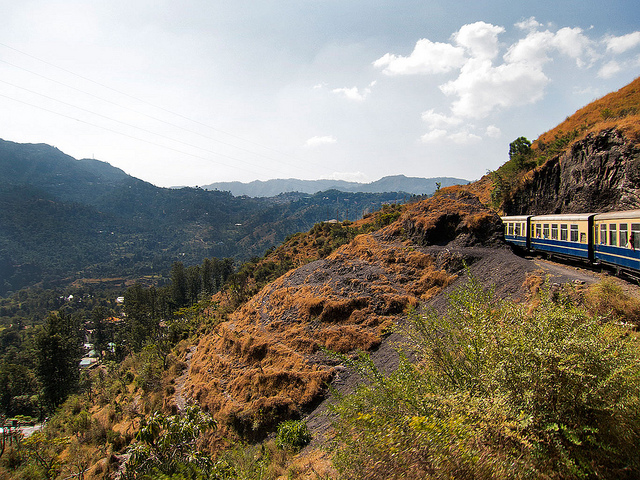 Starting from Pathankot, you pass wee stations like Ilhauji Road, past a broken bridge at Chakki Ghat, beyond the Punjab-Himachal border at Kandwal before the 30-min stop at Nurpur Road Junction. More insignificant stations, Balle Da Pir, Bharmar and Jawanwala Shar follow. You finally feel the elevation at Harsar Dehri as the distance between the tracks and the valley begins to grow. Down below, in the myriad water bodies, buffaloes and swimmers escape the heat, while the odd fisherman waits for a catch. Meander through a maze of hills, valleys, gorges and innumerable bridges across dams and streams. Brief halts at tiny stations, with a solitary bench and a banyan tree: Meghrajpura, Nagrota Surian, Guler, Lunsu and Jwalamukhi Road. Swerving northwards, cross the Bathu Khad, spanned by a long viaduct constructed on a curve with the rails about 100 ft above the bed of the nallah before clanging through the 250-foot-long Dhaundni Tunnel. The other tunnel is the 1,070-foot-long Daulatpuri Surang. Kangra and Kangra Mandir stations offer deodar-clad hillsides, and the silhouetted Dhauladhar ranges that will gleam white in the winters. From Nagrota, the journey is further uphill.

The stretch taking in Palampur, Baijnath and Ahju (the highest station at 4,229 ft) shows a fairytale world of paddy fields and tea gardens, bridges over deep gorges, rivers below, forests of pine, deodar and bamboo. The gleaming whites of the Dhauladhars are better visible on a winter journey. Almost all get off at Baijnath Paprola where even the train loses a few bogies, to cope with the steeper gradient on its onward journey to Jogindernagar.

Unless a train freak, don’t rough it all the way. Base yourself at Palampur to explore the KVR. For a shorter ride, the Palampur-Ahju or Palampur-Kangra stretches are good

Pack yourself some snacks and water but remember, no public loo aboard!

March-June and Sep-Nov. Dec-Jan is cold but with snowy views. Monsoons are lovely but there are landslides and stoppages

Pathankot is 259 km NW of Chandigarh, 476 km NW of Delhi. It lies on the main railway line between Delhi and Jammu and is served by Jammu-bound trains from Delhi, Mumbai, Chennai and Kolkata.

The options are that you return to Pathankot to catch your train back home, or get off at Kangra for Gaggal Airport (see page 160) for your return flight. If you’re coming down by road from Palampur, taxi charges are about Rs 3,500 to Delhi via Chandigarh

Tickets are only available from stations on the route (not online or from other stations).

Only these stations can inform passengers about the trains plying on the day.

Most trains end at Baijnath Paprola and do not go all the way to Jogindernagar.

Kangra Railway makes for intrepid travel, only recommended for die-hard train buffs and for the lovely slow-motion views 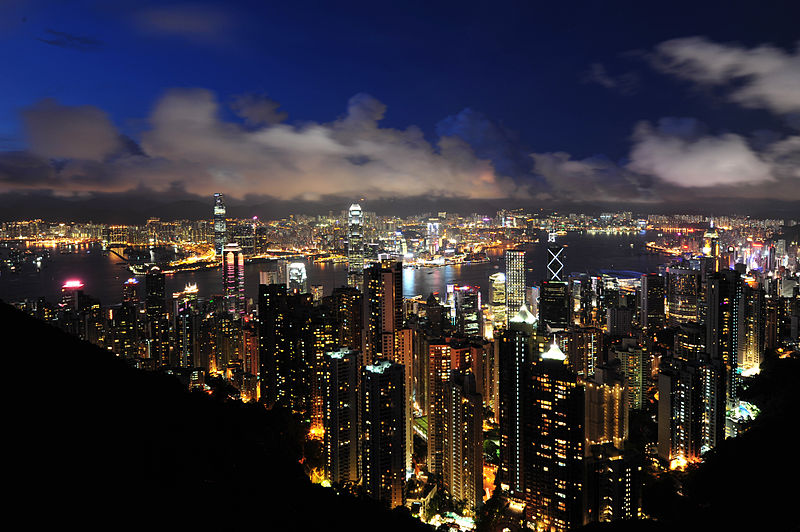 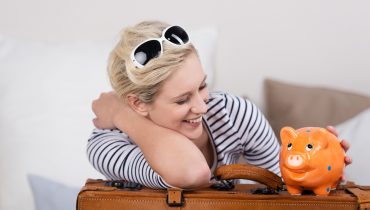