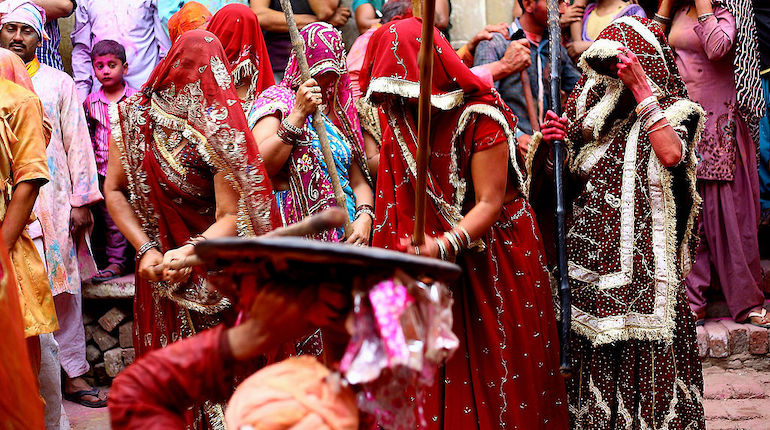 For the men of Mathura, nothing gets the adrenaline pumping like a good beating—at least on Holi!

Hundreds of men travel from Nandgaon to Barsana (and vice versa) every year, ready with songs, gulaal and banter to annoy the women of these two towns. And how do the ladies respond? With sticks in hand, as the men scramble and flee under makeshift shields!

This is Lathmar Holi, and there’s no hard feelings for some playful pummelling.

The event happens every year a week before Holi, with tourists and photographers thronging the region to catch the colourful action.

Why is Lathmar Holi celebrated?

Lathmar Holi recreates a legend from the Hindu god Krishna’s past.

Story goes that Krishna lived in Nandgaon, while Barsana was the hometown of his beloved, Radha. On one of his visits, he teased her and her friends too far, and the ladies decided to teach him a lesson and drive him out of Barsana with sticks (lathis). Residents of both towns pay tribute to this spirited exchange every year, as part of larger Holi celebrations in the Braj region of northern India.

This year, Barsana’s Lathmar Holi will take place on March 23 at the town’s Radha Rani Temple, while the Nandgaon Lathmar Holi is slated for March 24 at the Nandbaba Temple (also known as Nand Bhawan). The event is also called Rangotsav, and recently received ‘state fair’ status to boost tourism.

Apart from the travel guidelines set by the Uttar Pradesh government, there are no restrictions for travellers who want to visit and participate in Lathmar Holi, confirmed Mr D.K. Sharma, Mathura’s District Tourist Officer.

He further added that arrangements are being made for charming lights and decor across Barsana, along with ample parking spaces for visitors heading to the Radha Rani Temple.

How to reach Barsana

We advise all our passengers to check their state’s outbound travel and Uttar Pradesh’s inbound travel rules before making any bookings. Have a happy and safe Holi! 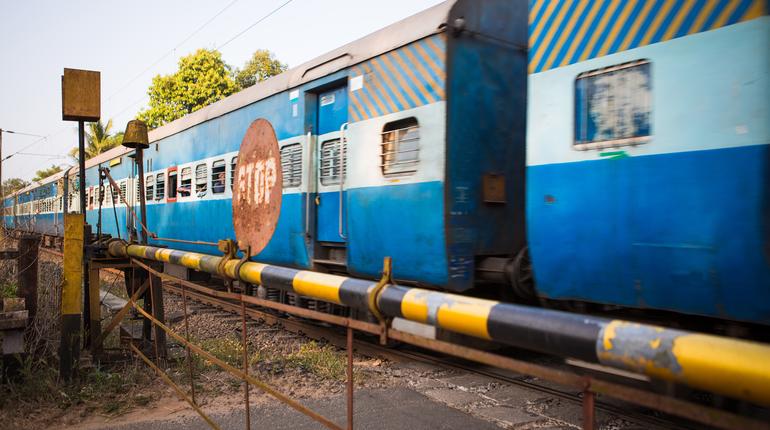