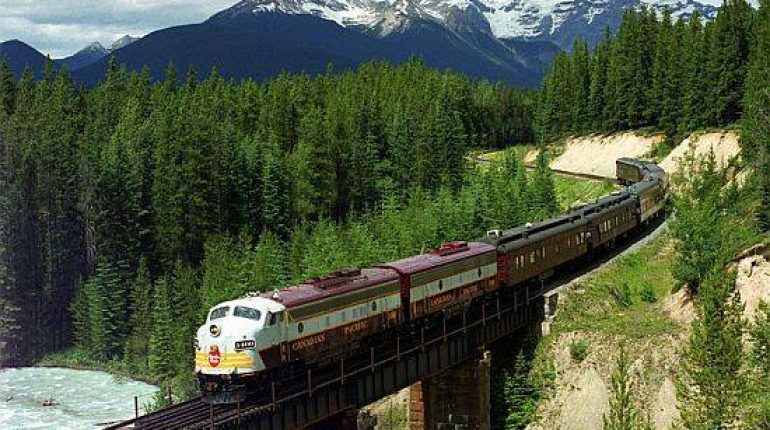 A train journey in India is one of the best ways to discover the country. And if you want to do it in style, there are a number of heritage trains, IRCTC luxury trains, or hill tour package trains that you can opt for. These tourist trains guarantee a memorable trip and allow you to explore some very interesting places in India.

Explore the rich heritage of Maharashtra in a luxurious eight-day sojourn on board the Deccan Odyssey. This train takes you on a sweeping tour of the entire state with stops at various interesting locations in Mumbai, Aurangabad, Tadoba, Ajanta Caves, Nashik, Kolhapur and Goa.The tariff includes guided off-train excursions including entrance fees, park fees, transport and services of an English-speaking local guide. Guests can also soak up in the luxurious comforts of the train with facilities including 21 well-appointed suites, a gymnasium, spa and a well-stocked library. This is where you can experience the regal heritage of the Marathas.

With coaches named after princely states like Jaipur, Alwar, Bikaner and Udaipur, this train takes you on a royal adventure around the state of Rajasthan. It operates during the months of October till March. The luxury saloons, gleaming carriage, two multi-cuisine restaurants with a well-stocked bar and a personal attendant ensure that you feel nothing short of royalty. Starting from Delhi, the luxury train takes you through interesting stopovers including Jaipur, Sawai Madhopur and Chittaurgarh, Udaipur, Jaisalmer, Jodhpur, Bharatpur and Agra.

This train experience blends royal splendour with modern facilities effortlessly. It is home to 13 deluxe coaches that get their names from iconic monuments like Hawa Mahal, Taj Mahal, Jal Mahal and many others. It not only takes you on a regal train journey of the historically significant destinations of Rajasthan, but also around Delhi and Agra. Other facilities include Wi-fi, a restaurant, spa, game room, bar and gift shop.

Photo of Royal Rajasthan on Wheels (from the official Facebook page)

The Golden Chariot makes its luxurious voyage through southern India exploring opulent palaces, wildlife and golden beaches. It is named after the popular Stone Chariot in Hampi, which is a world heritage site. The handwoven silk bed sheets, folk performances, lavish restaurants and a gymnasium make a journey on the Golden Chariot an unforgettable luxurious treat. The train starts every Monday at Bangalore and brings you back a week later. The journey covers Bangalore, Kabini, Mysore, Hassan, Hampi, Badami and Goa.

This award-winning oldest running locomotive has earned a place in the Guinness Book of World Records. The train has only two coaches–one is used as a pantry and the other is utilized as the passenger coach with a seating capacity of 50. The train begins its journey from Delhi Cantt and stops at Sariska, where guests can avail jeep safaris into the wildlife sanctuary. An overnight stay is arranged at the Sariska Palace Hotel and the next day, the Fairy Queen makes a return trip back to Delhi. Photo of Sariska Palace (by Ekabhishek)

The Nilgiri Express takes you through the splendid views of Ooty and Coonoor. This route is one of the steepest in Asia, ascending from a height of 325 m to 2203 m. The train operates both as a steam engine and regular diesel engine. This is, without doubt, one of the best train journeys in India.

Photo of Nilgiri Express (by Hans.Mayer.Berlin)

If you remember famous Bollywood numbers like “Mere Sapno ki Rani” from the movie Aradhana and “Yeh Hawaein” from Parineeta, you would probably understand why this train gets a special mention here. Traversing from Siliguri to Darjeeling, the Darjeeling Toy Train takes you through lush jungles and tea plantations in the hilly terrains of the northern part of West Bengal. Due to the lack of a clear cut path, the route features a number of reverses and loops. Travelling at the speed of 15 km/hr, you are sure to to have an amazing laidback journey.

If you want to travel back in time, the Shivalik Queen Express (the historic UNESCO World Heritage Kalka-Shimla toy train) is the best choice to make. Built in 1903 by the British, this train offers one of the most scenic train journeys in India. The toy train ride covers main passenger points such as Dharampur, Solan, Kandaghat, Barog, Taradevi, Summer hill and Shimla.Huge windows, wall to wall carpeting and attentive service give a feel of travelling in style and comfort.

This train journey is best for nature and wildlife lovers. The train traverses through the pristine untouched woods and dense forests of Maharashtra. The breathtaking journey commences at Neral and takes about 12 hours to reach the verdant hill station of Matheran. In fact, the train is the only way to reach this place as other modes of transportation are banned here (not even cycles) owing to the eco-sensitivity of the region. This tour is highly sought after, so make sure you book in advance.

Photo of Matheran (by Omkar A Kamale)

Take your pick and set out on these train journeys for an amazing vacation. Make sure you carry a camera to capture all the wonderful moments spent on your train journey.

And the next story is– 10 Beautiful Railway Stations in India 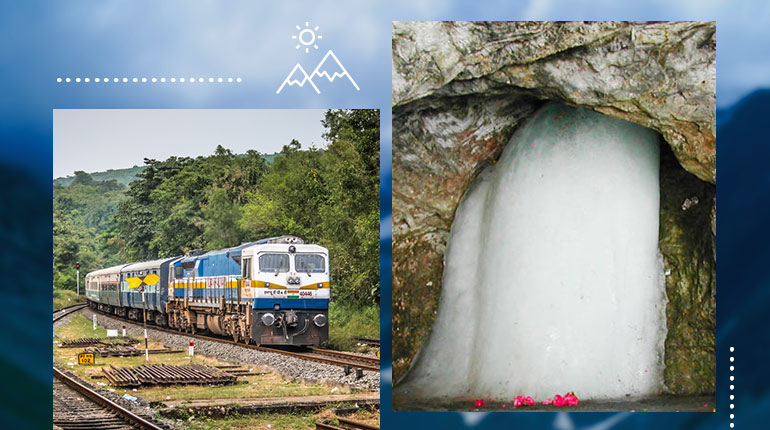