Work From Home: Some people love them, while others loathe them. So, if you’re bored of being home, these following movies will surely keep you sane, even on the most gruesome days. So read on to see which travel movies made it on board. Happy reading!

Airplane! is a spoof of the airport disaster movies. A hilarious take on overcoming fears of the past and taking control of things all over again. The story is based on an ex-war pilot who is afraid of flying and how he ensures  that the plane he is travelling by lands safely after the pilots become sick. Though this movie doesn’t have great visuals, how much can you expect from a film that was made in the late 80s.

The next movie on this list is an Oscar-winning drama, The Right Stuff. The film is rightly remembered as the story of America’s first astronauts and the critical steps they go through before preparing for space.

An intense movie about the real-time account of the events on United Flight 93. This meticulous drama recounts how the passengers fought back against the terrorists who hijacked the plane. Honestly, this movie is hard to watch, but it’s a supremely intelligent and moving account of some dreadful moments in the American history.

Based on a real incident, the movie is about a flight attendant, Neerja Bhanot who sacrificed her life while protecting the lives of 359 passengers in the year 1986. The flight was hijacked by a terrorist organisation.

Plan your travel with us! Book tickets today!

This film won’t let you breathe even for a second. The story revolves around an American pilot Chesley Sullenberger, who became a hero after he made an emergency landing on the Hudson River to save the passengers and crew.

So, I hope these 5 movies will keep you entertained and will make you feel less of a zombie while you are at home. Till we meet again, happy travels! 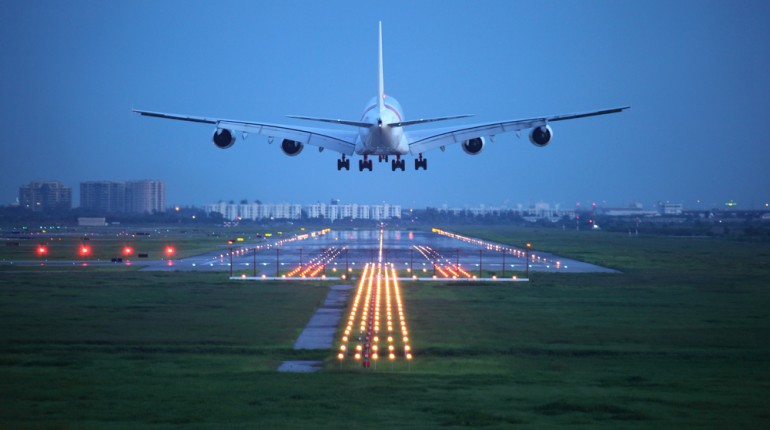