Home
|
Travel Ideas
|
Roopkund Lake – Which One Is The True Myth! This one is for you, if you haven’t heard the story or mystery of the Roopkund Lake, famously called as the Skeleton Lake of India. Read on – he could feel something snapping at the ropes of his tent. Wind? Some wild animal? Or, human skeletons? He woke with a shriek, breathing fast for a few minutes, before he realised where he was. There was the low rumbling of a thunder that must have been brewing far away in the mountains. Did he imagine it? Or, was it real? Then, there was the flapping of tent covers, for a strong gale was blowing from the waters of the lake. Lake? 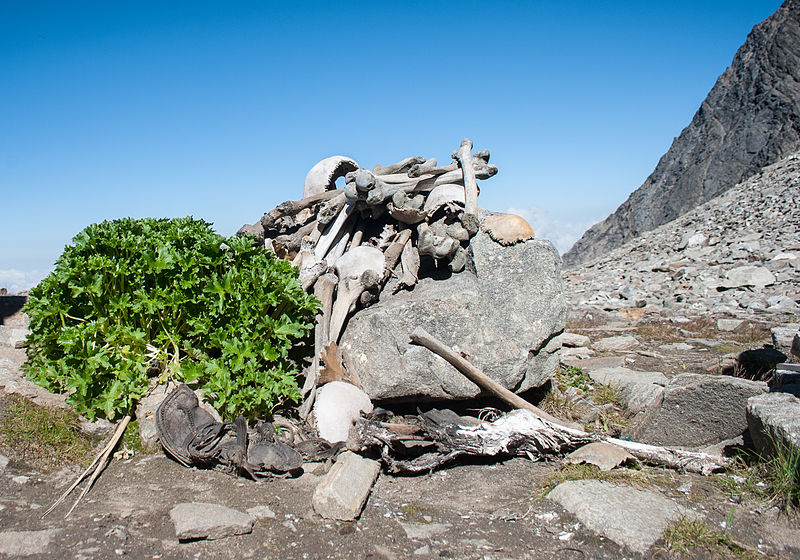 Human Skeletons at the Lake (by Schwiki)

So now you know from where that dream stemmed. Yes, Roopkund Lake of course. Let’s start the ixigo myth series on that scary, wildly alluring note. After all, it’s one place that lures and scares travellers in perfect unison. This time, let’s travel to turn explorers, detectives or, may be, myth busters! 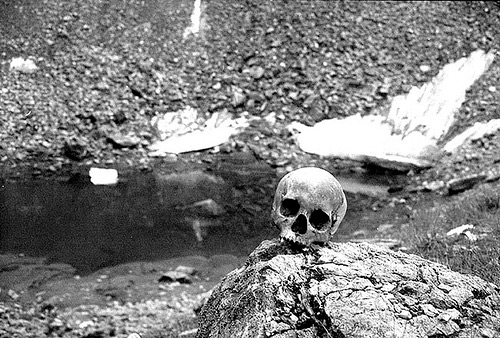 No, no. We are not referring to Coleridge’s work in any way. This is all about Roopkund Lake story and the human skeletons that the trekkers on this stretch run into. While a score of bones here and there are a usual thing, you’ll find those on the lake’s bed too. If only, you look closer. Or, on a warmer day when the lake water isn’t frozen. The sight is bone chilling, owing, of course, to both skeletons and the icy breeze.

Theories, theories and theories. There are many of those floating (not literally) about the mystery that makes Roopkund Lake so fascinating. Teasing and haunting scientists and travellers, the 400 odd skeletons discovered in and around the lake seem to have cropped up from thin air. Take your pick from the most famous ones here. 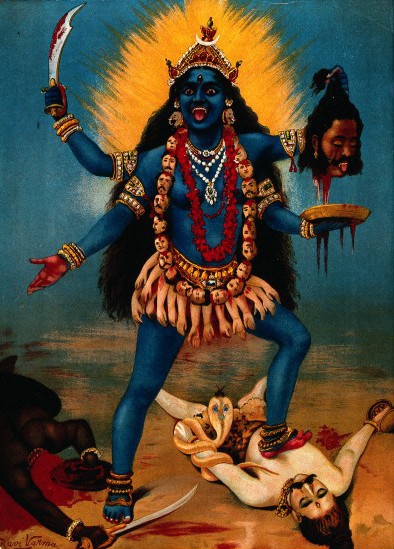 You can choose to believe in the haunting story that the locals tell you.

In their words, “Once upon a time, in medieval ages, a king named Jasdhawal started off on a pilgrimage tour of Nanda Devi. He wanted to pay respect to the goddess, for he was about to be blessed by the birth of a child. While local priests warned him against taking a noisy troupe to the sacred site, he paid no heed. As expected, the goddess was infuriated by the gaudy show of festivity and pomp, thus, slayed them all. The king, his queen and their yet to be born child were killed on the trek, with the whole entourage.”

There’s a stack of bangles and other ornaments that have been found near the remains, confirming the fact that there were many women in the group. So if you believe in the divine or supernatural, this is the story to stick by. Take a local or two along with you on this trek and hear the story at night time, as you sit by a fire at the lake side. I assure you of rapidly rising goosebumps if nothing else. 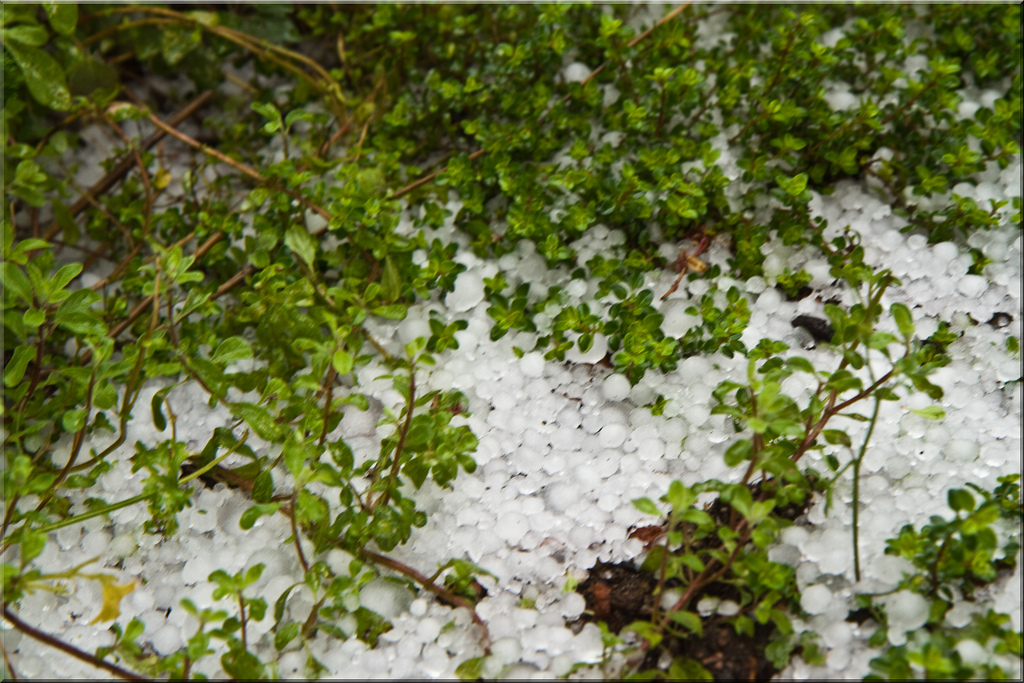 A research undertaken in the year 1942 shed some light on the mystery of the skeletons and corpses found in and around the lake. Going by it, a sudden, intense hail storm caught an unlucky group of trekkers, leading them to sudden, painful death. X-Ray and other tests conducted on the skeletons showed cracks in the skull bones, suggesting hailstones as big as the size of cricket balls! With almost no cover to run to even in current times and the last habitable village some 35 km away, you can very well imagine the plight of a group stuck in the melee. Going by those numbers, the death storm must have come around 850 AD, wiping the group off Earth’s face. 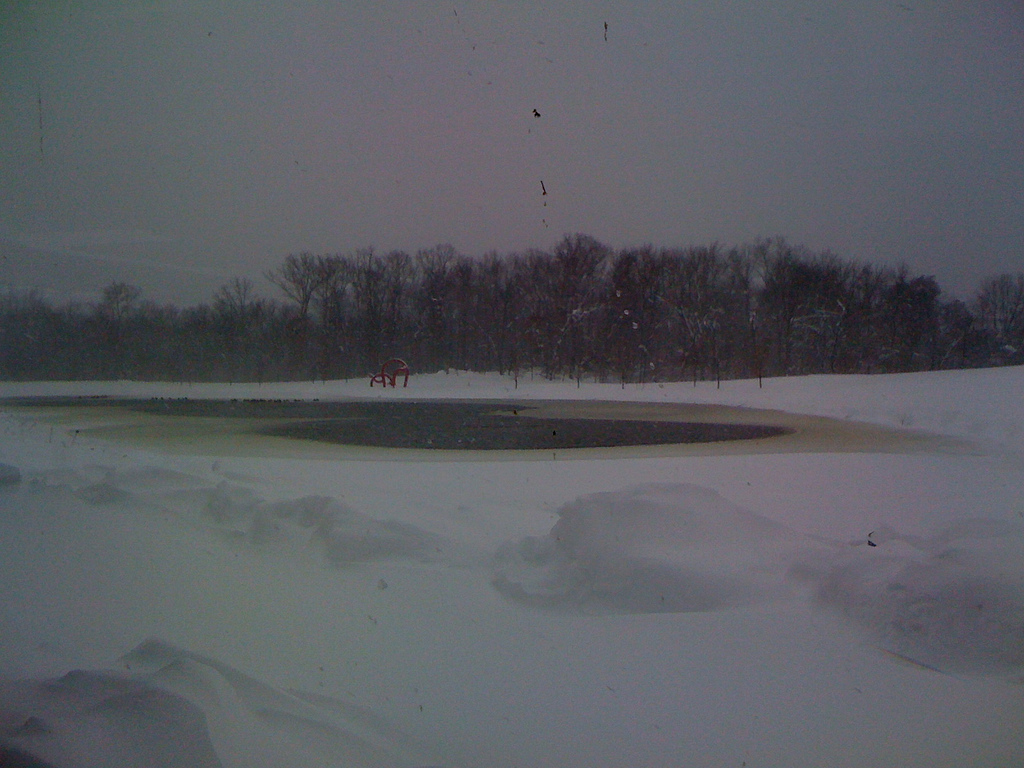 Imagine the times of 1841, a war brewing in Tibet, and a group of soldiers making their way through the rough terrain. Add some bits of visualisation and imagine them getting lost in a blizzard. Never to return home. If that sounds like a movie plot, let me tell you that it’s the third theory floating (again not in literal terms) around the ‘skeleton lake’.

Your compass to Roopkund Lake.

Okay, that was just metaphorical. It’s not a compass but a detailed guide of the route to this mysterious lake. Lohajung, some 85 km from Karanprayag, is where the trek starts from. You can get a taxi from Kathgodam Railway Station to Lohajung. If coming from the other route, you can take a bus to Karanprayag from Rishikesh. Another drive of 4-5 hours from Karanprayag will have you at Lohajung.

Trek up Lord Curzon trail for the first lap towards Roopkund Lake. Cross the old bridge over the Neel Ganga River after some 3 hours of trekking in a forest full of rhododendrons, oaks and pines. You’ll soon come across a gurgling waterfall, which also has a small settlement around it. As you near the end of this trail to Raun Bagad, look out for the climb to Didina. Stay close to the trail around the village and you’ll end this stretch in around 2 hours on an easy pace. You can call it a day after reaching Didna camp site. 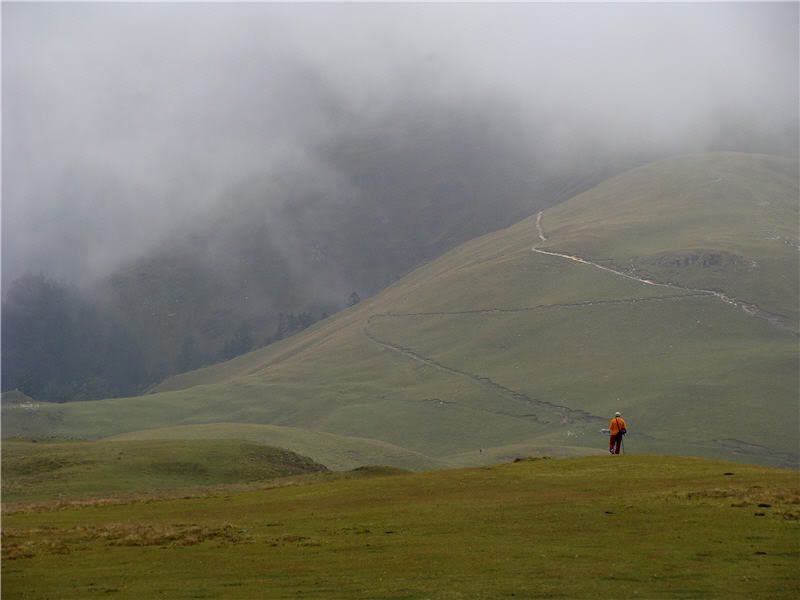 The next lap of your trek is from Didna to Bedni Bugyal. The shorter but somewhat steeper climb from here is towards Ali. You’ll need some 3 hours to reach Bugyal via this one. There’s another trek through Toplani but since it takes longer via that, it’s better to skip it. One obstacle that you might find welcoming on your route towards Bugyal is the beauty of the trail. Swarms of clouds come rushing in to obstruct visibility and all that you can do then is rest. The lush lush meadows at Bugyal call for bare feet walking on the soft grass.

Stay here for a night if you wish and start early the next morning towards the snow line. Mountain sickness might hit you on this one as your ascend zooms up to 14500 feet. Starting early will have you at Bhagwabasa soon, where you can rest and get acclimated. If you ask me staying for some hours at Ghora Lotani is a great choice, for you can watch the meadows rush out and meet mountains to a rather abrupt end. 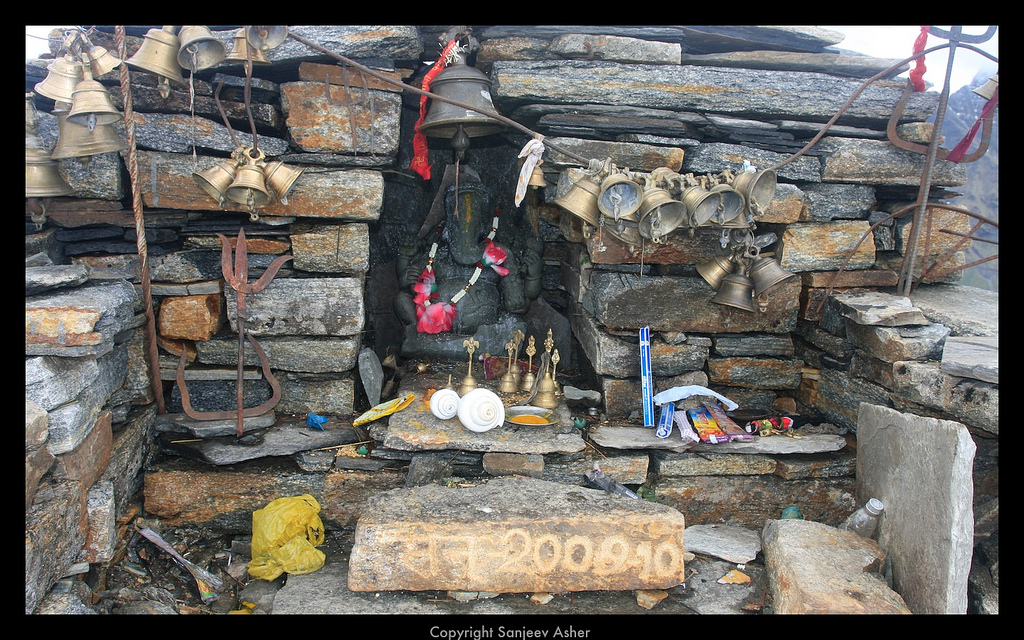 Trek up for some 4 hours towards Kalu Vinayak from Lotani. Once you reach the old Ganesha temple here, let out a big “hurray”, for you’ve reached the snowline. Some way up, you have the option of staying over at Bhagwabasa or pitching a camp at Hunia Thal, a beautiful little clearing in the hills. The nights here are extremely cold and you got to pull out the warmest of clothing that you have for here.

Wake up early, say at 5 am, and start the final push towards Roopkund. Do it before the snow starts melting, and you just skate off to nowhere (forgive the humour). Carry snow axes for the stretch and be ready to climb up on all fours. Though taxing the climb is worth it, for there’s some 50 ft of gentle slide that’ll take you to the lake’s edge. 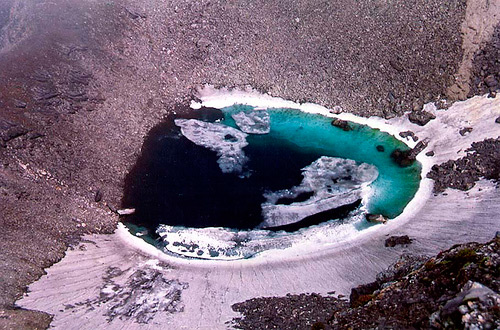 The first sight of the lake will have you draw in a sharp breath or two, for it looks like an icy blue mirror. Do not attempt to walk over the water even when it’s frozen! Yes, people have tried it. Stay logical and camp there for as long as you want, if only you aren’t intimidated by the images of skeletons roaming outside. Believe us, that’s photo shop put to good use. 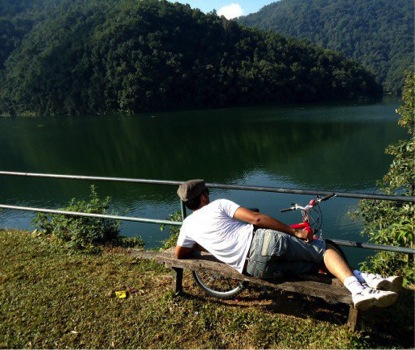