Danish forts, British bungalows, German missionaries, Portuguese trade… Clearly, we are in India. We are, in fact, in Tranquebar. All the way to Tranquebar, on the 3 hour drive south from Puducherry — full of MGR on posters in varying stages of youth, middle age and immortality — I have been feeling the tug of the coast at my singing heart, and trying out experimentally (and a bit grandly) ‘O, When We Came to Tran-que-bar’. Or I roll out the original place name, ‘Tharang-um-vadi’ and feel the meaning of ‘land of the singing waves’ in my mouth. Or I recite, Coro-man-del. Musicality reigns. And continues to do so when I stand on the balcony of the erstwhile British Collector’s house in Tranquebar and recite its present name: Bungalow on the Beach. I hope he was easygoing, peace-loving and not too ambitious, this Collector of ours. Because by the time he took charge, his port town with a history of maritime trade was giving way to the efficient bustle of the nearby port of Nagapattinam, which was now connected by a railway line. 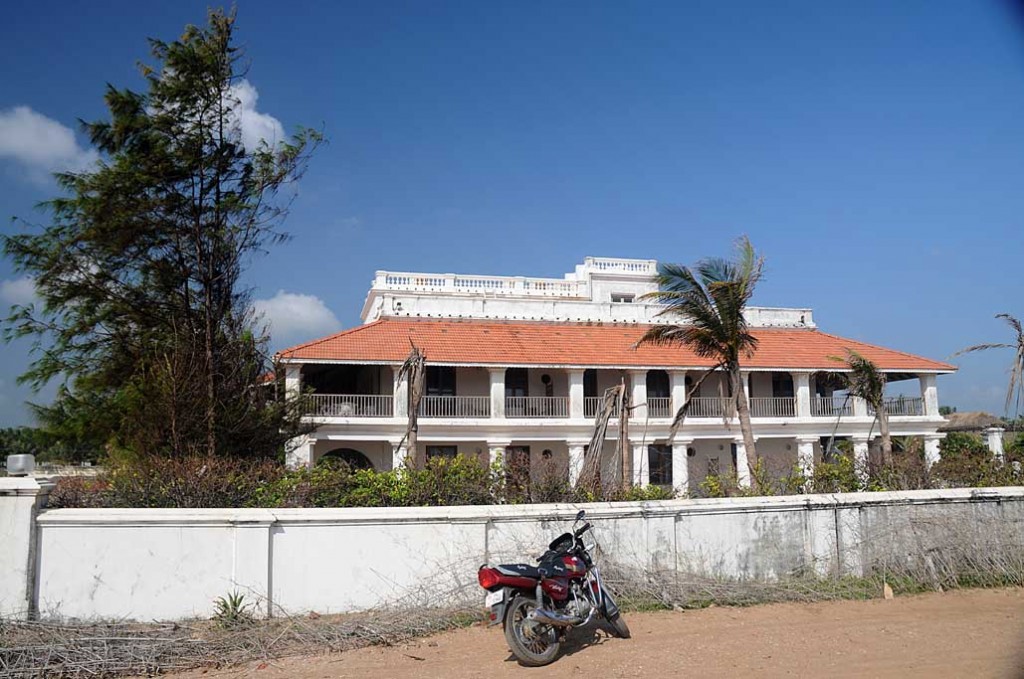 Bunglow on the Beach (Photo by Koshy Koshy)

Tranquebar, as history tells us, “lost its importance”. So, possibilities are that the Collector did spend some intoxicating evenings on this balcony, with this very sea shining liquid diamond under this very nearly full moon, and the breeze blowing in like a happy drunk friend who insists you get high too. Even at night, he could have seen, like I can, the outlines of the Danish fort on his right, just a stone’s throw away. If he took a turn around his balcony, or climbed up to the terrace to rise above his administrator’s worries, he could see the erstwhile Danish Governor’s House and old churches built when the Danes were masters of this port, much before him. He could even see the top of the town gate and imagine the legend on it: ‘AD 1792’, with the Danish monarch’s coat of arms inscribed. I wonder how an Englishman felt surrounded by all this Danishness. Possibly proud — ha, we sent them packing. Possibly maudlin — of what use all this activity and planning and scheming and working and warring… when it comes to nought? Possibly just sleepy; that sea breeze can lull you like nothing can. 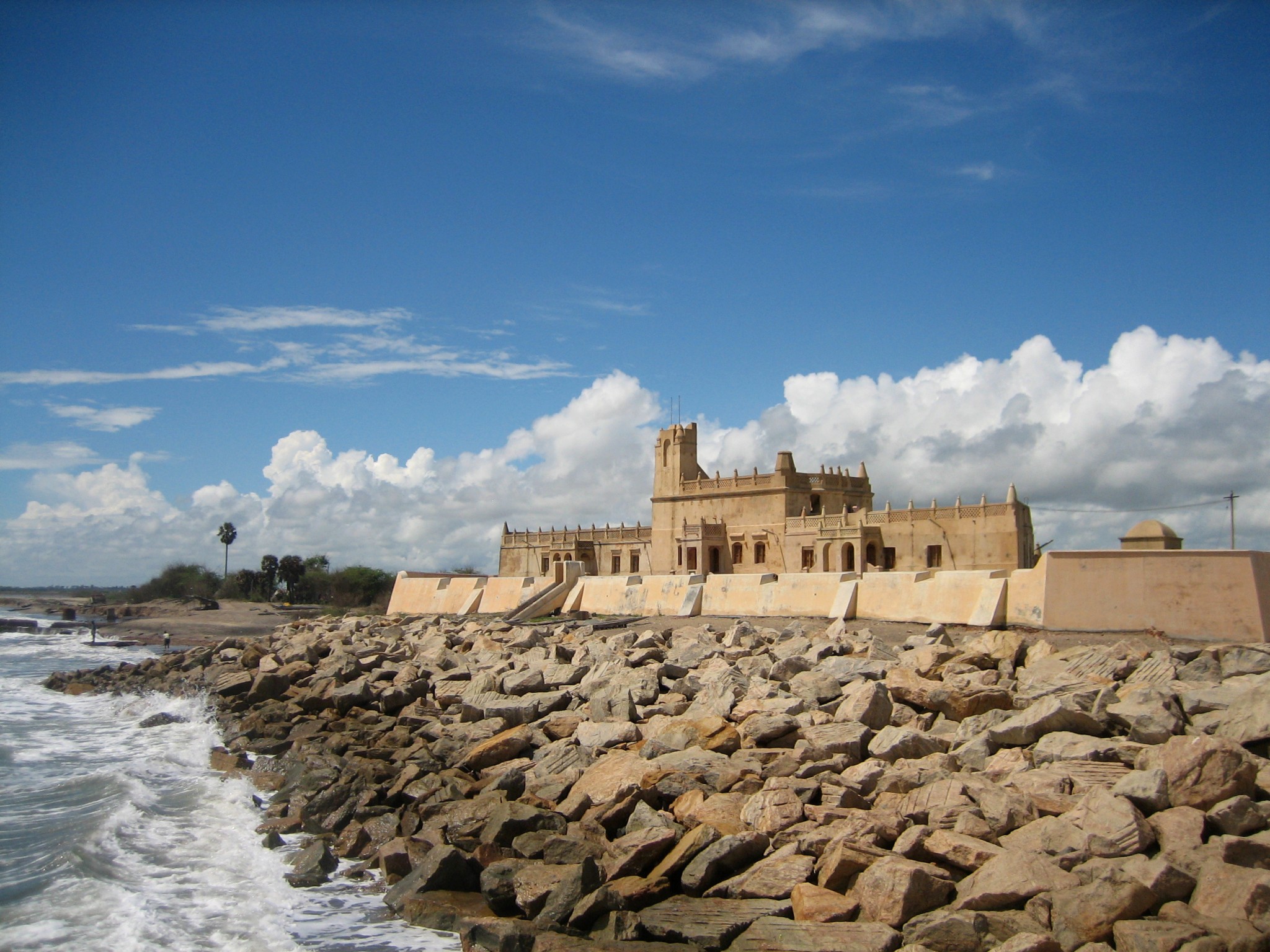 Fort Dansborg (Photo by I, Eagersnap)

With the fascinating 17th century buildings and its lovely seaside location, Tranquebar could have been a magnet not just for the Danes, but for travellers in general. But, as many guests at the Bungalow point out, there was simply no place to stay and people had to come on day trips from Puducherry (or the far-less infrastructurally rich Chidambaram or Karaikal). All of which has changed now. The Neemrana Bungalow has not only immensely facilitated the Denmark connection but also begun the process of putting Tranquebar on the heritage and- beauty-spot map on the East Coast. Just 2 mins from the Bungalow on the Beach, I enter Goldsmith Street. (The names of Tranquebar streets are English translations from Danish times, such that you have the main gateway leading into King’s Street, and a parallel Queen’s Street too.). I entered a door, vaguely expecting a room, and find an open courtyard instead. Light pours in, making the air glow, on the white pebbles that have been spread out in the centre of the courtyard. The whole area is surrounded by pillars slim and graceful as a swan’s neck, entirely different from the Danish and British architecture where pillars are as rotund as the burghers and aristocrats of the East India Company. Wood glows all around. There’s a door leading outwards. I open to find a verandah with more slim pillars, coconut trees, some sand, the Most Comfortable Chair in the World, and practically at my undeserving feet, the sea. Over my head is a red-tiled roof, which slopes silently till the end and, when it thinks no one is looking, curves just that little bit.

For a place with practically no ‘tourist activity’, Tranquebar keeps me quite busy. I can walk down the beach and watch fishermen at work, their children at play, their boats at rest. I can explore the fortress and imagine its brass guns looking out at the sea. I can investigate church cemeteries or stroll among vivid rangoli in front of the freshly washed houses every morning. I can also feel fairly at home doing all this because the Neemrana Group here has tried to make its presence a part of local life. They employ locals and buy their goods and fish locally. They enlarge their drainage work so that the whole street benefits, not just their hotel. And they had done their bit with donations and repair work after the tsunami struck.

Getting to Tranquebar: It’s a 3 hour drive down the East Coast Road from Puducherry