This is an easy 3-day trek with the scope for varying the duration to suit one’s time. It is taxing but not impossible to reach Malana (2,652m) from Naggar in one day, or one can camp for a day near the pass. An additional day in Malana can also be worthwhile to study the unique village customs and traditions. Malana has many interesting stories associated with it. Some people claim it is the oldest democracy in the world, while others trace the remote village to a wandering group of soldiers from the army of Alexander the Great.

The attractions on this trek are many: Naggar — an enchanting village with a majestic little castle (now a heritage hotel also housing a museum), a pass crossing, and the exotic Malana Village. Keep an eye out for rich bird life, particularly the kalij pheasant. For me, it also has some unforgettable memories. Chanderkhani was one of my earliest treks. And on the first morning, climbing up from Naggar, I learnt the peril of gorging on unpasteurised milk obtained from the Gujjars. Later, having lost our way over the Chanderkhani, we stumbled into an isolated Malana dogri (part-time home in fields) and experienced the wonderful hospitality that simple rural folk provide to complete strangers (even when communication is limited to sign language!). Naggar was the capital of Kullu State till 1660 AD. 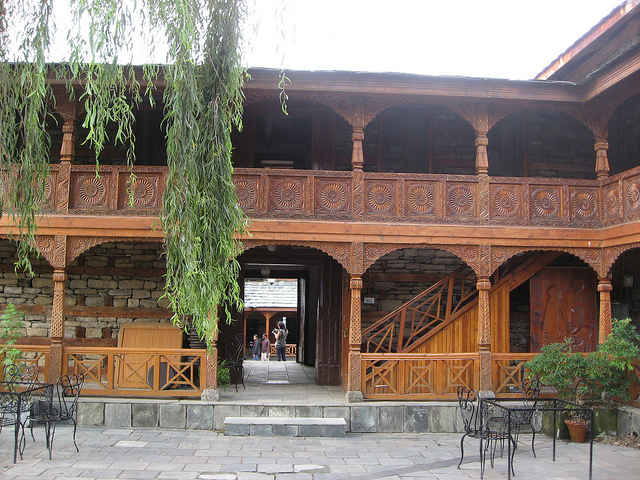 A wooden temple to Tripura Sundari, the presiding deity of the region, is located here. The Devi travels all over the area in procession with her followers, and goes as far as Malana. The other prominent temples to be found at Naggar are the Gauri Shankar Temple, the Murlidhar Temple of Thawa and the temple dedicated to Vishnu. The Russian painter, poet and philosopher Nicholas Roerich lived here for many years. The small art gallery in his old home offers a glimpse of his mystical interpretation of the Himalayas.

Naggar is a picture postcard village with terraced fields, thick forests and superb views. Located on a wooded slope, it commands a magnificent panorama of the valley, with the Rohtang Pass to the north and Kullu and Bajaura to the south. A broad footpath takes off to the right (east) from the Roerich Art Gallery and passes through a mixed forest of blue pine and deodar trees. The nearly 3-km steady climb takes about an hour to reach Rumsu Village (2,200m), east of Naggar. Alternatively, one can choose the jeep road leading to Rumsu (5 km), which climbs gradually through the mixed forest. 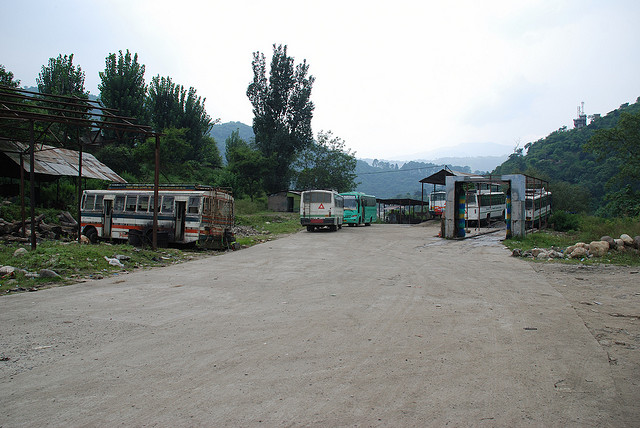 Rumsu is a big village by hill standards. There are a few government institutions including a health subcentre, a few provision shops, a temple and apple orchards. A forest inspection hut is located a little away from the village. Chanderkhani Pass is located south-east of Rumsu Village. From the village a broad, clear and defined path frequently used by locals, leads south-east through forest to the pastures of Stelling (2 km) and Ghalkrari (4 km). After Ghalkrari, bhojpatra (birch) trees replace the oak and conifer. The track climbs further through grazing grounds to reach a place called Shillu Pathar (5 km). One can camp anywhere in these pastures after Rumsu but covering 5-6 km (1-11/2 hrs) from Rumsu is recommended. Water is available at many places and one can camp at a convenient place near a water source.

The entire trek offers excellent views of snow-covered mountains and wide valleys. From the Shillu Pathar campsite, the track climbs gently over grassy slopes, and heads south-east to reach Paror, a place held sacred by the villagers of Rumsu and Malana. Idols of local gods mark the place. From here, one can carry on to Dhalakda Pathar (moving stone), a water point. This section is almost on the ridge of the Chanderkhani Range. From the top, one can see Bara Bhangal Range to the west, Pir Panjal to the north, and Parvati to the east. 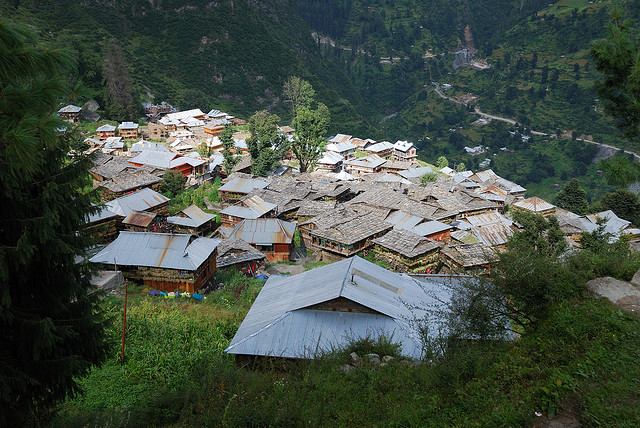 Unlike many passes in these mountains, the last stretch to the top of this pass is easy; in fact the track traverses the ridge gently for quite some time. It is important though to cross the Chanderkhani Pass only where cairns (a heap of stones piled up as a memorial or as a landmark) mark the pass, since it is easy to lose one’s way in bad weather. The descent to the village of Malana (4 km) is steep when compared to the ascent to the pass. The path turns slippery and risky during the rainy season, from July to August, when tall, wet grass obscures footholds. Two clearly marked trails, both frequently used, descend steeply south-east through thick conifer forests to reach the village.

Malana has its own code of conduct for outsiders. In the village, outsiders are expected to remain on defined paths. Visiting temples or even touching temple walls or stone slabs is prohibited. Violation of the rules results in a fine. At many places, there are boards displaying warnings. The village today has an aloof and dirty look, quite at variance with the friendliness of my hosts of long ago. The strict customs and stand-offish behaviour of the villagers can put one off. In recent years, the fame of the Malana cannabis has also brought unwelcome habits and, occasionally, unsavoury visitors. Outside the main village, on the south side, there are a few guest houses and a tented colony where board and lodging is available.

A steep but well-defined path goes down south from Malana to Jari. The path descends for nearly half an hour through fields, to enter a forest where deodars predominate. Then it drops down sharply to the south-east for nearly 2 hrs, to a small concrete bridge over the Malana Nallah. At one time, this stretch had no path. The harrowing descent through the rocky walls of the Malana Gorge added to the mystique of the region. 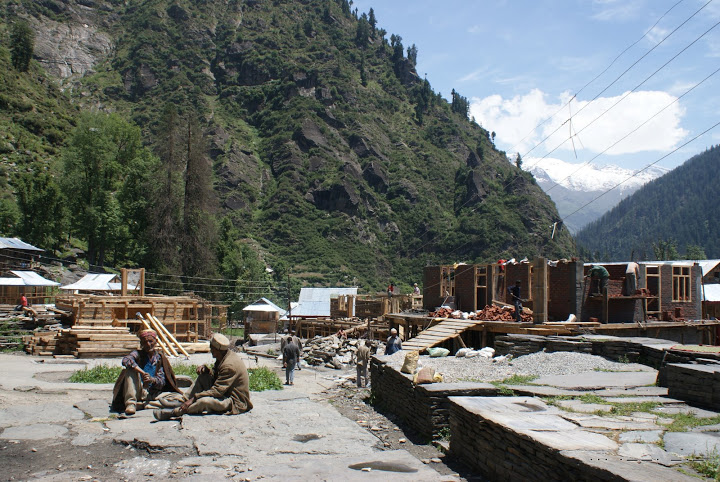 Even today, the path has some hairy stretches. From the bridge onwards, the grade is gentle, descending south-west along the left bank of the Malana stream. An hour’s walk brings one up to the dam site of the Malana Power Project. Here, a few dhabas provide food and tea. A jeep road to Jari (1,500m/ 10 km) connects the dam site and, with luck, one may pick up a taxi on its way to Malana or the dam site. Alternatively, one has to walk on to Jari. Follow the road (take short-cuts wherever possible) that goes down south to a bridge across the Parvati River near the power house of the Malana Project. On crossing the bridge, leave the road and follow a footpath to reach Jari on the Kullu- Manikaran Road.

FROM MALANA TO KASOL OVER RASHOL PASS 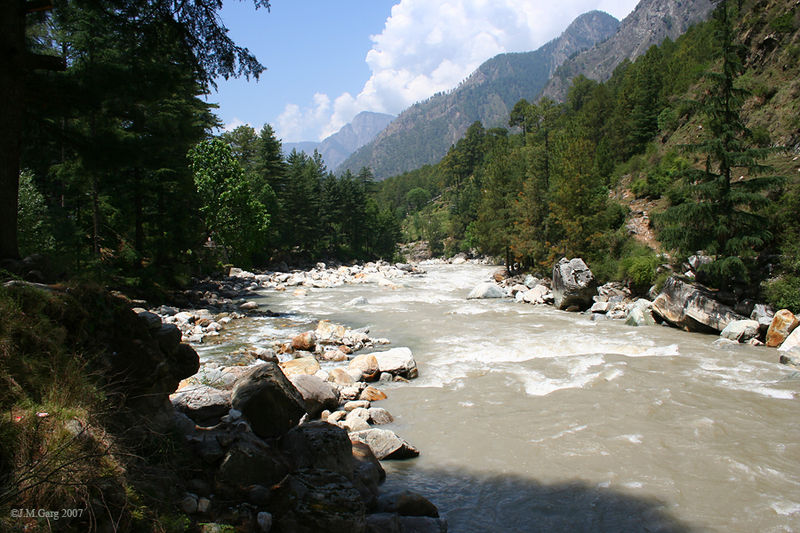 For the more adventurous, this is a good option to cross one more pass before reaching Kasol Village on the Kullu-Manikaran Road. From Kasol, board a bus to Manikaran, the picturesque pilgrimage centre just 4 km upstream along the Parvati River from here.

The bridle path crosses Malana and heads north before it turns right (east) to descend to Malana Nallah, crossed over a wooden bridge. It then climbs south-east through fields and village dogris (summer houses). The steep descent to the bridge, followed by a steep climb, can be quite tiring. After crossing the fields, the trail passes through a thick forest of deodar, spruce and fir, with highaltitude oak in the higher reaches. Camp is best struck in the pastures when the forest thins out. Small streams provide water in the area.

It is an hour-long climb south-east to the top of the Rashol Pass (3,250m) from the campsite. On the other side the path goes down south-east through a thick conifer forest. Descent is difficult with certain sections being very steep. Negotiate with care. Rhododendrons appear in large numbers near Rashol Village. There is a cave shelter 1 km short of the village. A proper footpath descends south from Rashol Village for about 2 hrs, till Chalal Village on the right bank of the beautiful Parvati River. From here, the track goes down to cross the river over a wooden bridge and then climbs up the other side to reach Kasol (1,580m) on the Kullu- Manikaran Road. 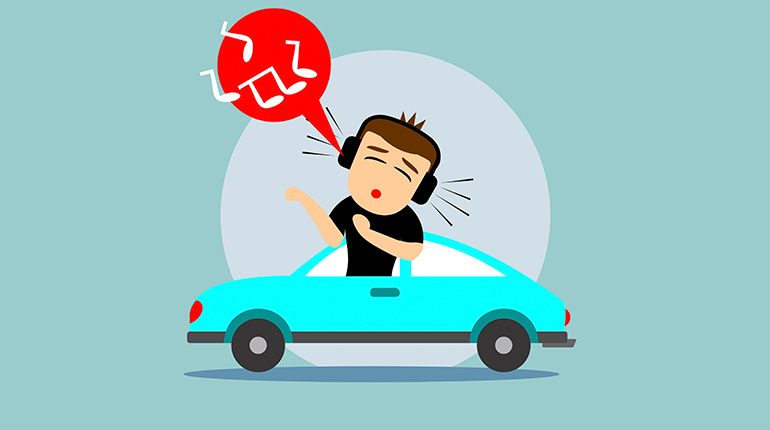