The train draws to a halt in the wee hours of the morning at station in Una, one of the many hill stations in Himachal Pradesh. The surroundings seem drab, and I doze off for the next hour and a half during the taxi ride till we arrive at Pragpur. I woke up to the sights of a quaint, beautiful village dotted with greens, women going about their work in mud and timber houses. The madness of the world is yet to invade this sleepy hamlet. Past the lovely village scenes, we arrive at grand red-and-white colonial building of The Judge’s Court, a WelcomHeritage hotel, my home for the next few days. The Judge’s Court is a stunning nineteenth-century country house surrounded by 12 acres of orchards of Mango, Lychee, Plum and Citrus trees. When I arrived, the trees were laden with mangoes and lychees, the flowers were abloom, and sparrows were chirping on branches. What a welcome! I was shown to my room that which was dotted with big windows bringing in ample morning light and fresh air from the mountains. The architecture of the room and the house leans heavily towards the Indo-European style with some local features thrown in. 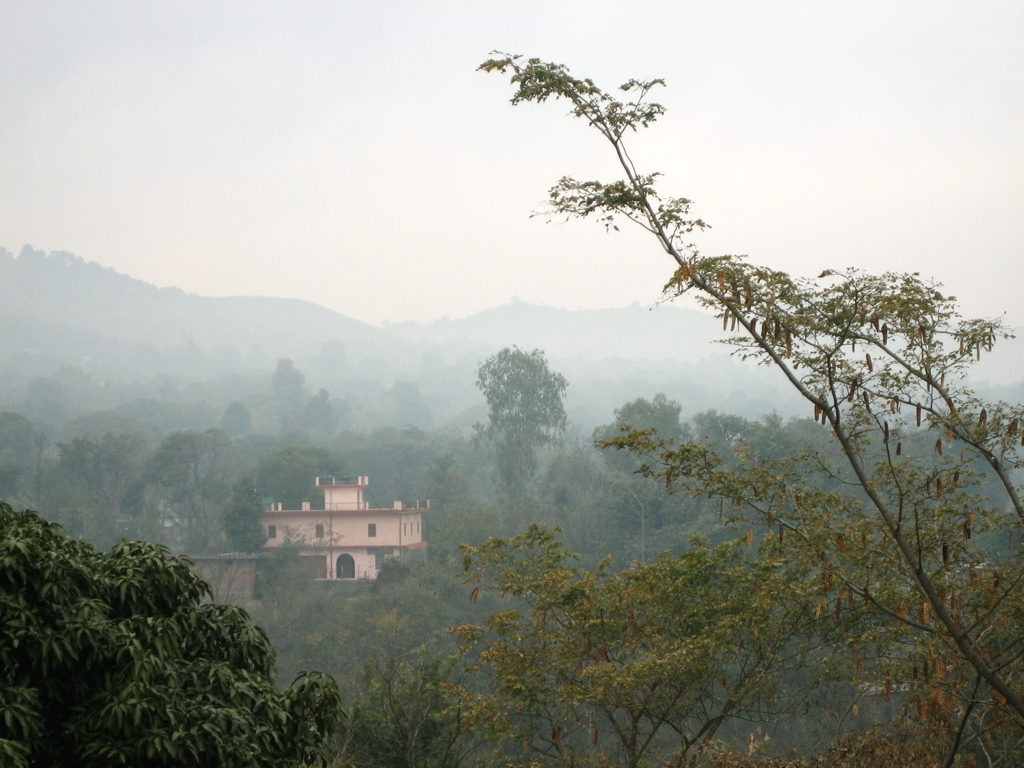 One of my favourite parts of the house was the reception area complete with wooden stairs, and walls dotted with old, sepia family pictures and memorabilia. I spent some time exploring the place and met Vijay Lal, the owner of the house and the man behind the restoration of the property, which started in 1994. Originally built in 1918 for Justice Sir Jai Lal, a Judge at the Punjab High Court, the house fell to disrepair as the family eventually shifted to Shimla, the Queen of Hill Stations. Now, painstakingly restored using local artists and specialists from the ASI, the country manor has a charm that is hard to come by.

Pragpur was declared as the country’s first ‘Heritage Village’ in 1997. Villagers have made great effort to preserve their heritage, which is reflected in the architecture and lifestyle around. Cobbled streets, beautiful mud and stone houses with wooden beams, ornate windows and doors can transport you to times of yore. There were so many houses here with exquisite details that it took me almost an hour to reach the other part of The Judge’s Court, located in the heart of the village, and known as Kuthiala courtyard. It is an ancestral cottage over 300 years old, and a part of it is open to guests. Further up the stone pathway, I arrived at the bazaar as it was waking up after an afternoon siesta. Pragpur is famous for silversmiths and weavers, and I stopped at Baburam Krishna Kumar Jewellers where I was shown some traditional silver jewellery with very intricate work. The food at the hotel was excellent and the service, impeccable. I was treated to Pahari cuisine and some of the delightful dishes included mandara, mhani and maa ki dal. The next morning, after spending some time reading under the shade of one of their many giant trees and enjoying the cool breeze, I went out to explored the next village in the heritage cluster. A trip to Garli is a must!The sheer amount of architectural wonders strewn around is unbelievable. The village has many more mansions than Pragpur, and every corner throws open new marvels. The best of the lot were Melaram’s house, formerly a UCO bank building, and the post office compound or Bhagwan Niwas. A stroll through the quaint bazaar is a must. On the way back to Pragpur, I stopped innumerable time to capture a view of the looming Dhauladhar range. Back at the hotel, I spent another afternoon of lazy strolls and reading in one of the quiet corners of the gardens, and an evening of culinary delight. The trip was coming to an end, but it was hard to think of the city and its chaos for I was already addicted to the slow rhythm of life in this quaint hamlet.

By air: The Gaggal Airport in Kangra is 45 km away. You can hire a taxi here for Pragpur.

By rail: The nearest stations are at Una (60 km), Hoshiarpur (60 km) and Pathankot. From Pathankot, you can catch a narrow gauge train for Guler station, 30 km from The Judge’s Court.

By road: Pragpur is easily accessible from Delhi, Chandigarh and Amritsar.