Take a Jodhpur trip in October to witness the chilly winds take over the barren desert landscapes. It is also one of those times when the Blue City is at its charming best. The music of the desert is best represented in the Jodhpur RIFF–the Rajasthan International Folk Festival. From the vintage car collection at Umaid Bhawan Palace to the serene lake of Jaswant Thada; from the ravanhatta players of the Mehrangarh Fort to the bangle sellers of Mochi Bazaar, Jodhpur is an explorer’s dream alley. 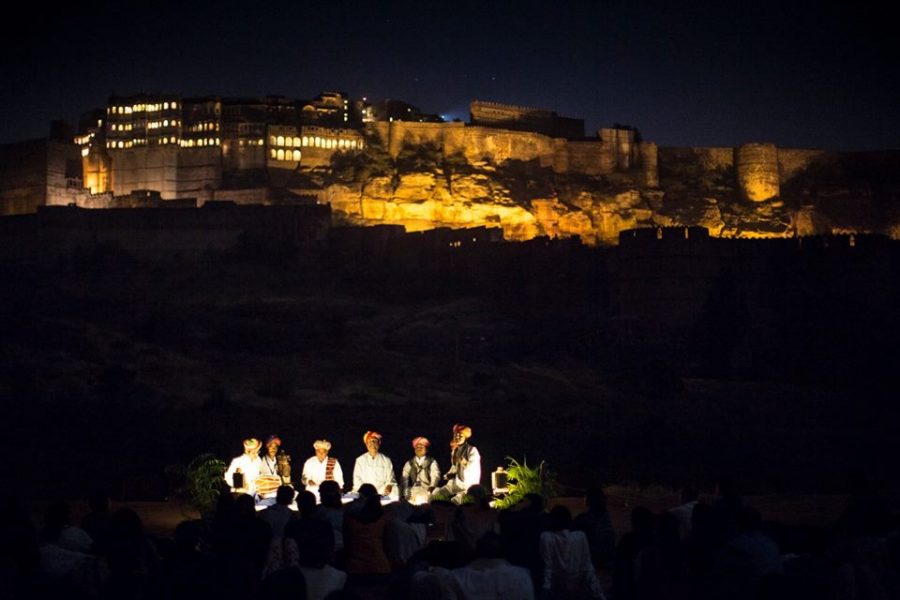 RIFF — Music of the Desert. A Feast for the Soul.

The soulful symphony of the string quartet blends effortlessly with the soft notes of the flute to give you a warm welcome even as the nip in the air tugs at your heartstrings. You’ll have no choice but to be mesmerised by the songs of the sand as they come together beautifully with the world music. So you will have the ragas of a thumri merging into the harmonies of the bauls and jazz rhythms blending with Celtic sounds. 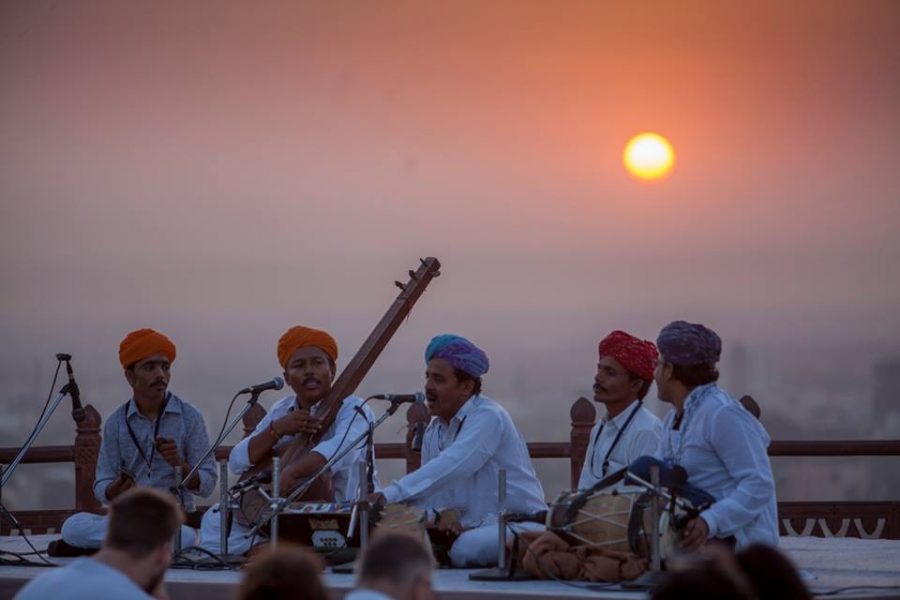 Good to know facts about the festival

This music festival is scheduled from 13th-17th October this year. Held against the backdrop of the majestic Mehrangarh Fort, the festival is endorsed by UNESCO as a ‘People’s Platform for Creativity and Sustainable Development’. It is a presentation of the two leading heritage trusts — namely, Mehrangarh Museum Trust and the Jaipur Virasat Foundation. The festival sees musicians and performers from around the world, including Brazil, Finland, Spain, Ghana, and Israel. The chief patron of the festival is the Maharaja of Jodhpur, and the international patron is the Sir Mick Jagger of The Rolling Stones. 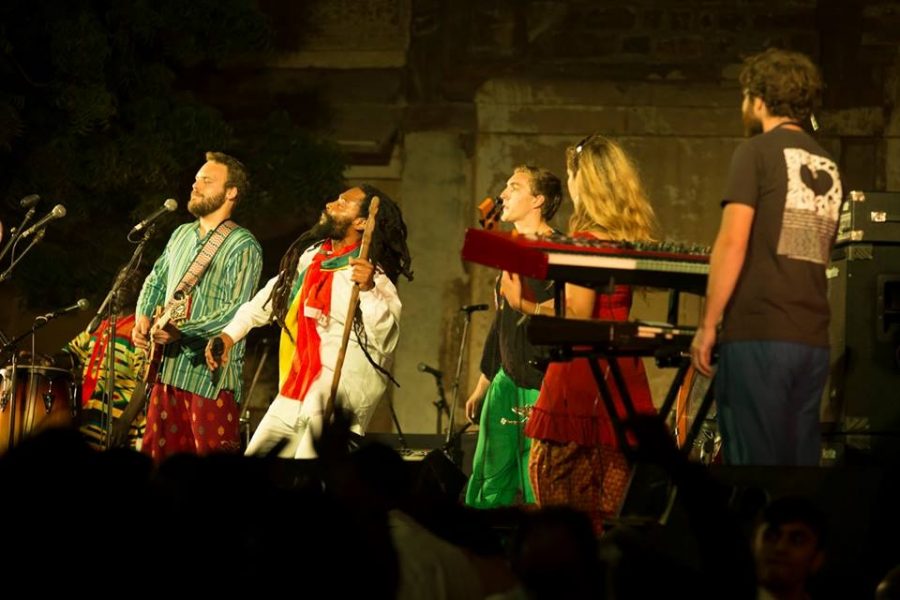 Facility of deluxe royal tents with attached bathrooms are provided for those who wish to stay within the fort. If you are not staying inside the Mehrangarh Fort, you can choose from Ajit Bhawan, Raas Haveli, Bal Samand Palace Garden Retreat, Inn Season, Ratan Vilas, Devi Bhawan, and Otara Luxury Guest House. 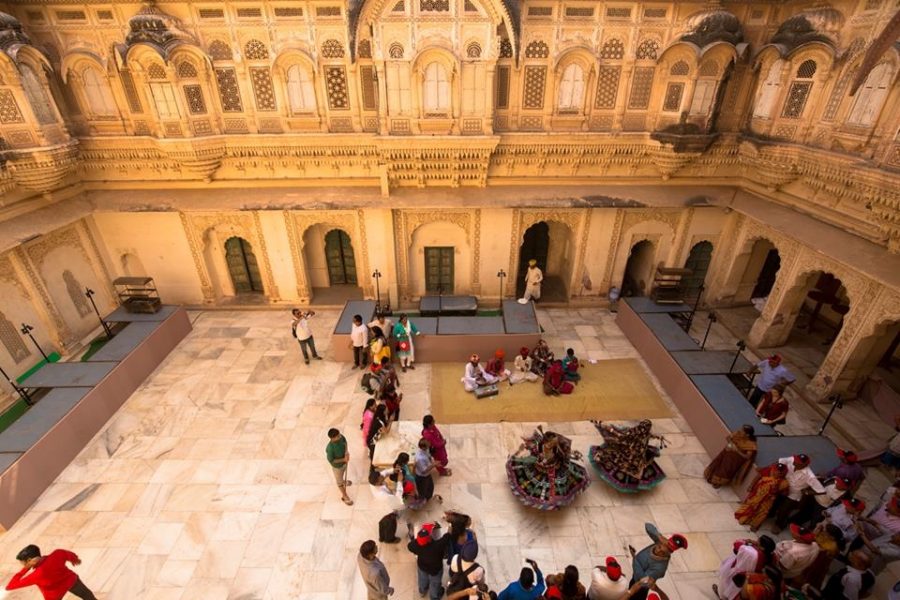 Passes are available at the official website of RIFF. You can take a full festival pass or look up at the events list and buy the pass for a particular day. The full festival Donor Passes are available at INR 12,500 and for a special day, you have to pay INR 5,000. In case of any query, you can drop a mail to the concerned authority. For a comfortable travel to Jodhpur, book train tickets online and the get the best deals. 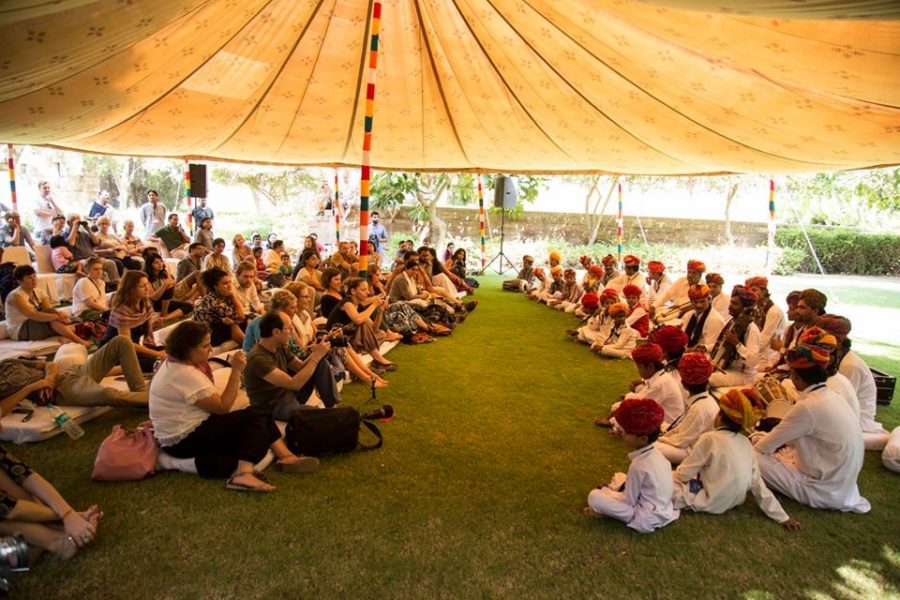 An Insight into the majestic Mehrangarh Fort

The walk at the Mehrangarh Fort can seem daunting, but the view from the top is worth it. It is here that you will get to know the true meaning of the name Blue City! The fort was built in 1460 by Rao Jodha, after whom the city gets its name. Also known as the Citadel of the Sun, the Mehrangarh Fort houses several palaces within its fortifications. 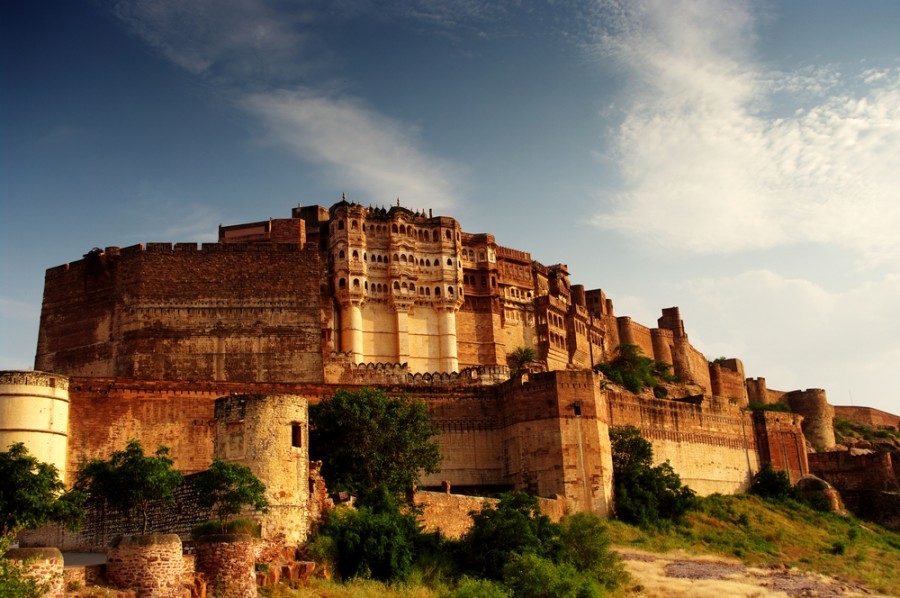 One of the most interesting rooms at the Mehrangarh Fort is the Phool Mahal. With stained glass windows, golden ceiling and quintessential diwan beds of the era define this part of the fort. Sunlight streaming through the windows dances with the mirror work, making a kaleidoscope of colourful beams! 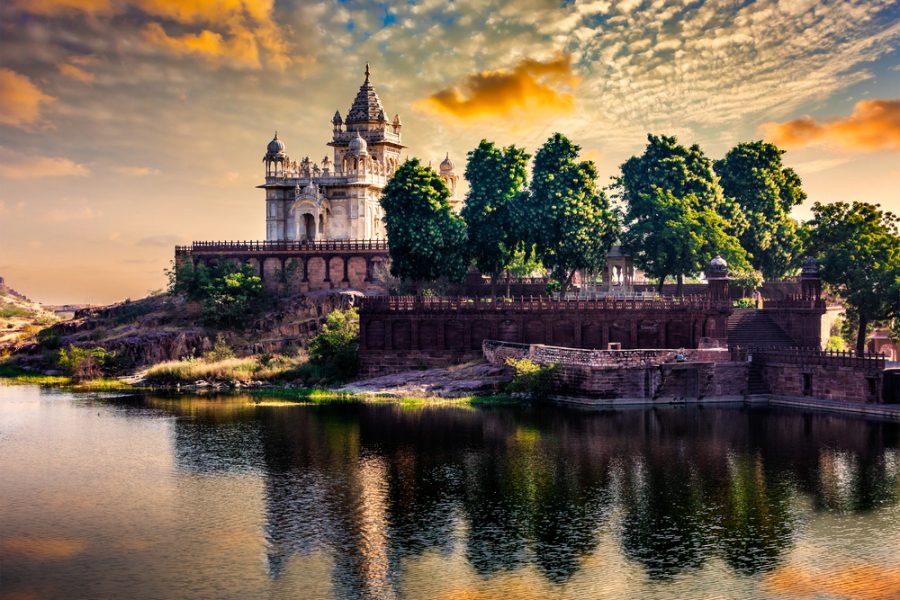 Winter is playing around the fringe, ready to make the kill at any instant now. The times are changing and the sands are shifting. So let go of the restraining blues and plan your Jodhpur trip to revel in the magic that this walled city is! 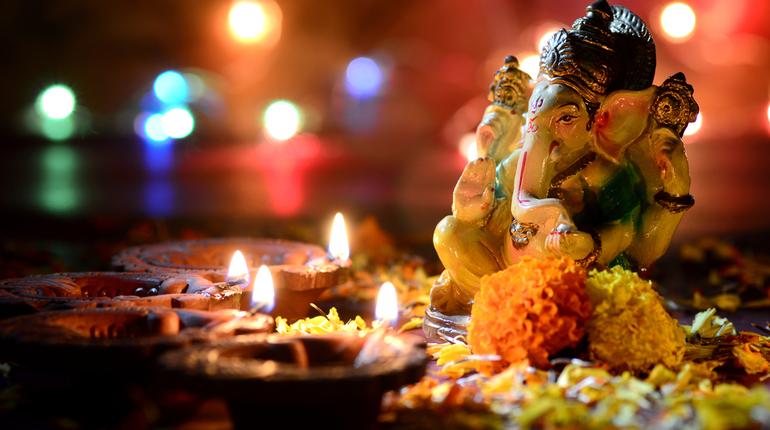