An “ultra-rapid air vehicle & aerial locomotion” has taken the world by storm. With this technology, one can travel from Mumbai to New Delhi in just 15 minutes. Concord 2.0 is said to travel 4 and a half times quicker than the speed of sound. 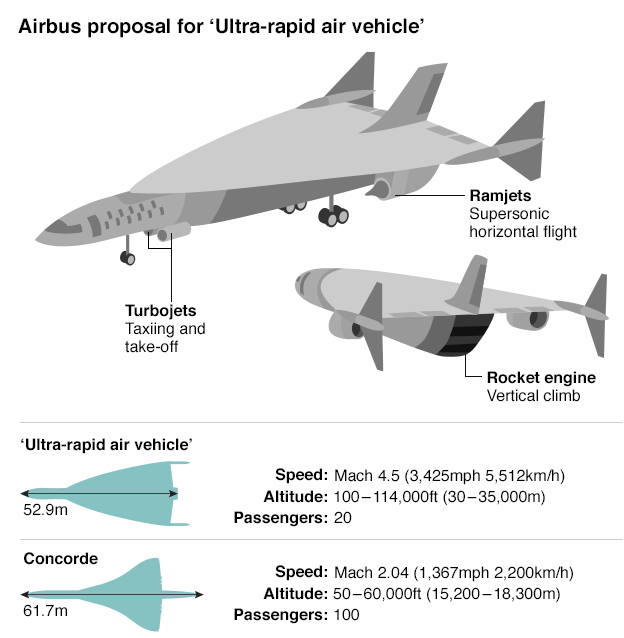 According to the manufacturers, it will take 30-40 years to optimize such technology. Airbus right now is working on two hypersonic projects, one with Japanese partners, and another with Russian and Australian involvement, with the aim of conquering speeds up to Mach 6.