Home
|
Travel Ideas
|
Vancouver: In search of the odds 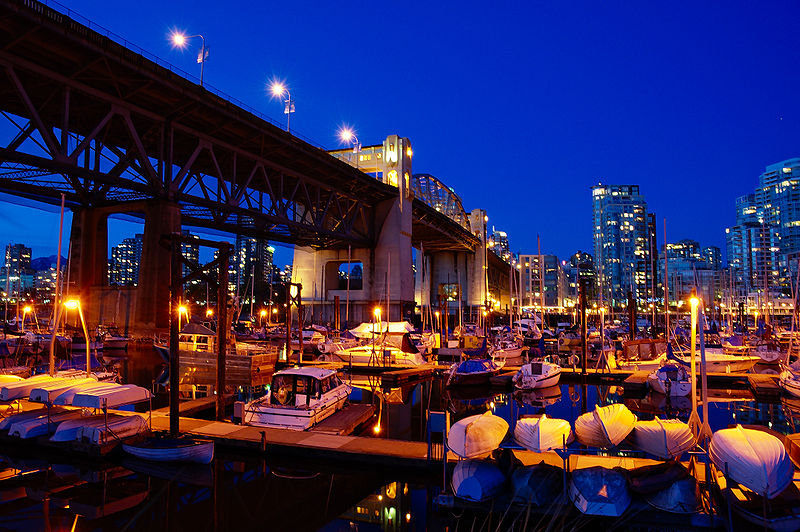 The quest for the unusual in Vancouver, one of the world’s most ‘livable’ cities, running out of breath, but yearning for more.

It is one of the world’s most livable city, Canada’s most walkable city and one of the world’s top 10 ultimate sports cities. It takes its name from a Dutch captain called George Vancouver and is often referred to as the City of Neighbourhoods. As a teenager, Bryan Adams washed dishes here to save money for a proper guitar. Jimi Hendrix strummed the guitar on its Main Street. Rudyard Kipling had tenements in this city. Much before Charlie Chaplin became – well, Charlie Chaplin – he performed here as part of a British entertainment troupe in 1911. Katherine Hepburn often rented a penthouse in Rosellen Suites. The reclusive Howard Hughes was infrequently seen pottering around in Westin Bayshore Resort. And if you are a Baywatch-er, hold your breath. Pamela Anderson was born and bred in this city. Pray, which city is this? Vancouver! 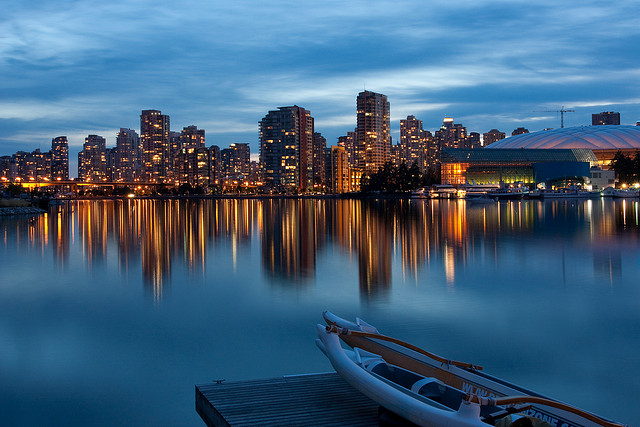 Yes, Vancouver in British Columbia, the coastal seaport city that sits on the Burrard Peninsula. It was not my first visit to the city and hence I was shunning repetitions and yearning to do what most tourists don’t do in Vancouver. Like eat Japadogs off a truck. Try moose droppings (not the real one, silly). Stack up on Early Grey tea doughnuts. Whoosh up the world’s only wind turbine that has an elevator. Peep into the Inn where Jimi Hendrix’s grandmother mother tied an apron and served chicken. Shed fear and take a Sin in the City walking tour to pick all the dope on Vancouver’s early opium dens, gangsters and streetwalkers. Step into Judas’ Goat in Blood Alley. Have dinner in a restaurant that has no kitchen – just a slicer. Quaff a drink called Robert Burns. Meet the gregarious Gassy Jack. Don’t pucker your nose about the funny name. Wait! Till you hear Gassy’s story.

Rocky Mountaineer is no ordinary train. Its 3.5-hour journey between Whistler and Vancouver, host cities of the 2010 Olympic and Paralympic Winter Games, is called the Sea to Sky Climb route. The train hissed along the historical Pacific Great Eastern rail line that connects Vancouver with Prince George and is wittily called the line “from nowhere to nowhere”. Now, that tag seems pure baloney, for it is one of the world’s most scenic rail routes. As I stood in the open car, the nippy breeze cut through my red poncho and the train whistled past thundering waterfalls, trestle bridges, the tall Mount Garibaldi, glacier-polished granite monolith, Brackendale (home to 3,000 bald eagles), Porteau Cove, famous for its sunken ship and rubber-tyre reef… That was not all though. On the 73.7-mile journey, a tubby attendant named Elizabeth deconstructed the “DNA of the award-winning train”, served dainty scones and tarts laden with cream, poured orange pekoe tea out of impeccable white china snouts and funnily called Queen Elizabeth “the other Elizabeth”. In Vancouver it all began with tonguetwisting names. Tsiell Waututh. Musqueam. Tsawwassen. Kwayhquitlam. Semiahmoo… Try rolling the ws in Tsawwassen and ts in Waututh. It will take you back to 10,000 BC when the ancestors of the Coast Sallish tribes with knotty names arrived from Asia. They called English Bay Ayyulshun and loved the silvery salmon that clutter the rivers in British Columbia enough to get settled here. The rest, as they say, is history. 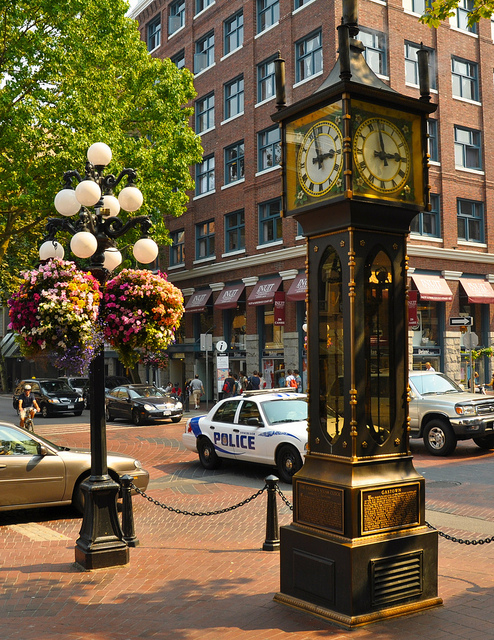 That was ancient Vancouver. Modern Vancouver begins in Gastown which owes its existence to a man called Gassy Jack. In 1867, the motor-mouth steamship operator-turned-saloonkeeper probably was the first settler in Gastown, the National Historic neighbourhood where modern Vancouver began. There is a story about the gregarious John Deighton, who earned the sobriquet Gassy Jack because he in one breath could tell long stories about Mexican bandits, desperate adventures, Yankee road agents, and grizzly bears. With $6 in his pocket and a dog by his side, the adroit Gassy wanted to set up a saloon. One day he ambled up to the mill owners with a barrel of whisky and struck a deal – if they helped him build a saloon, they could drink to their gills in one sitting. The workers chewed on the offer and the 12×24 ft Globe Saloon raised its brick-and-batten head amidst a maple grove within 24 hours. So did a thriving neighbourhood called Gastown.

There is more to Gastown than Gassy. There’s the city’s forgotten underbelly. Where better to find the underbelly than in a morgue? A morgue which is now a Police Museum. What better to do than a Sins in the City walk? An unusual walk through the crime chronicles of a city. Wandering through the historic Gastown and Chinatown, one can relive the days of old opium dens, the early drug trade, of the Prohibition-era Vancouver when gangsters and bootleggers strove doggedly for the city’s control, of streets cluttered with walkers. The walk can send a shiver down the spine, but it is a ‘chilling’ way to know a 150-year old city. Not too far from the crime scene is a shrine. At 796 Main St, where Jimi Hendrix’s grandmother Nora donned an apron and cooked in what was then Vie’s Chicken Inn. Much before he crooned “purple haze in my eyes, don’t know if it’s day or night”, it was here that Jimi busked and strummed on the sidewalk. Now, the Inn is a Hendrix shrine. 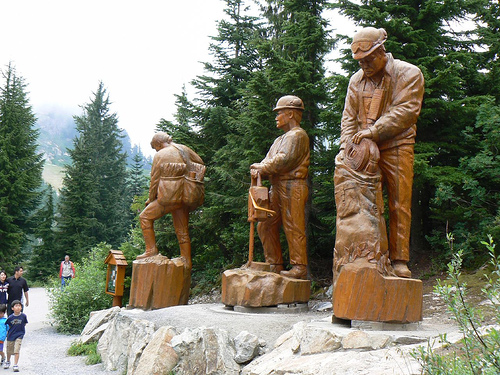 The next morning began with the instructions of Monica Leeck of Canada Tourism Commission. I looked at my tan shoe with tapering heel and my grey leggings and flinched at the thought of doing the Grouse Grind, the 2.9 km trail which the Vancouverites call the Mother Nature’s Stairmaster. The thought of hiking up a hill made me huff – I’d rather be a frozen sorbet in snow. But, please, no hiking. I beseeched. Thank god, there was the red Skyride to the top of the mountain where the grizzly bears were lazing on a sheet of snow and burly skiers with large glasses and oversized snow boots were hurtling down the mountain. My task was easier. I stepped into the elevator of the 65-metre tall wind turbine – the world’s first wind turbine with an elevator (the turbine generators were made in India) and a glass-bubble that gives 360-degree view of the city. 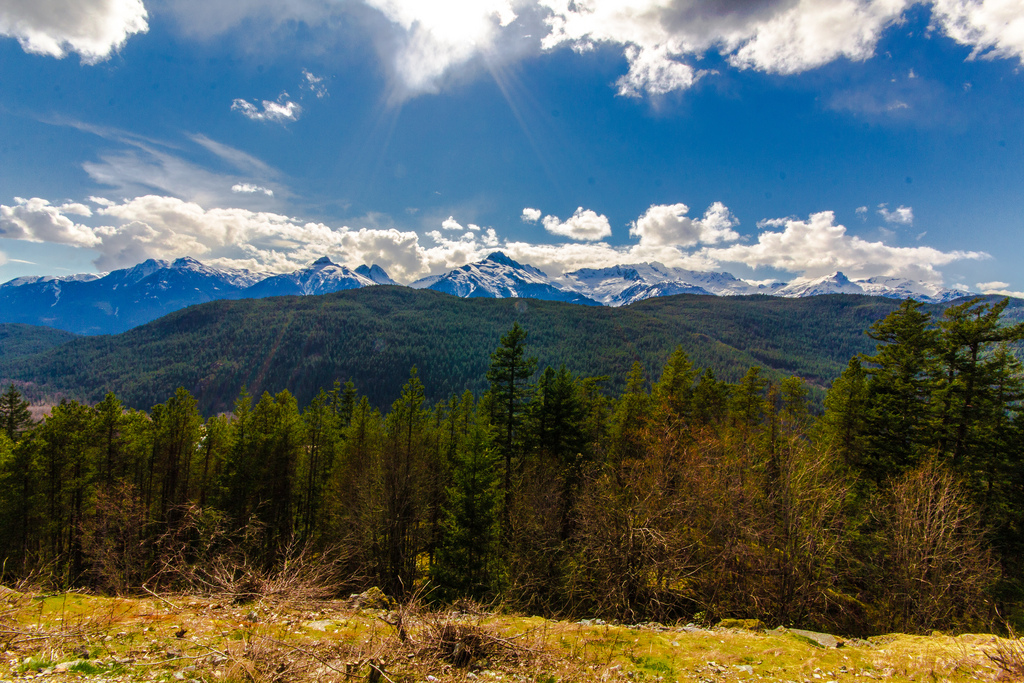 Mountain Landscape (Photo by Eric May)

Towards the evening I moseyed to Vancouver’s Waterfront Station. In the din of the crowd I could barely hear Carlos Gomes, who was huddling a group of foodies for the Vancouver Culinary Tour. He was hurtling us to Blood Alley, a narrow alley with the hippest restaurants in town. I was getting prepped for the traditional bannock when Monica Leeck pulled the plugs off my hunger. “Salt restaurant has no kitchen, all they have is a slicer.” I plonked on the steel stool and felt like Oliver Twist ready to graze grass. What more could I get with a slicer? I could not have been more wrong. The chalkboard menu had an option to choose from 10 cheese, 10 meats, 10 condiments and a selection of fine wines. The cold cuts and peppy music not only warmed the night up, the red slicer also altered my definition of a culinary delight. In Granville Island, I hopped from one shop to another in the Public Market. Fresh doughnuts, dill bread, doughnuts, oatmeal breakfast… Name it and you can find a hearty, made-there food. The Market is not swank, but everything is so freshly made that you’d forget that you even need a chair to sit on to have a meal!

Food trucks are Vancouver’s current food fad. Call it a chuck wagon gone hip. Everyone is loving it. And why not? On the sidewalks across the city, you get everything – from Mexican quesadillas, Korean-style tacos with pork done Bulgogi style, pulled-pork barbecue, Asian-style fish balls, dainty croissants, tidy crepes, stone-baked pizzas… Even lamb kebabs, Punjabi daal with naan, and raspberry lassi at Chef Vikram Vij’s food truck called Railway Express. All served out of improvised GMC trucks with strange names such as Bada Bing, Num Num, Mangal Kiss etc. Stuffed with food. Tired with walking. Loaded with information. Wobbly with trudging. Catching a breath by the memorial dedicated to Kaniskha air crash victims in Stanley Park, suddenly, I craved for something usual. Perhaps, a night-out in the pub.

Stanley Park (do not miss the totem poles, Mermaid sculpture, statue of poet Robert Burns; hollow tree); Gas Town (has the world’s first steam clock); Granville Market; Eye of the Wind at Grouse Mountain (watch out for the grizzly bears); Caplilano Suspension Bridge; Chinatown. Do the Vancouver- Whistler Rocky Mountaineer train trip. Or, go to Richmond for the night market. 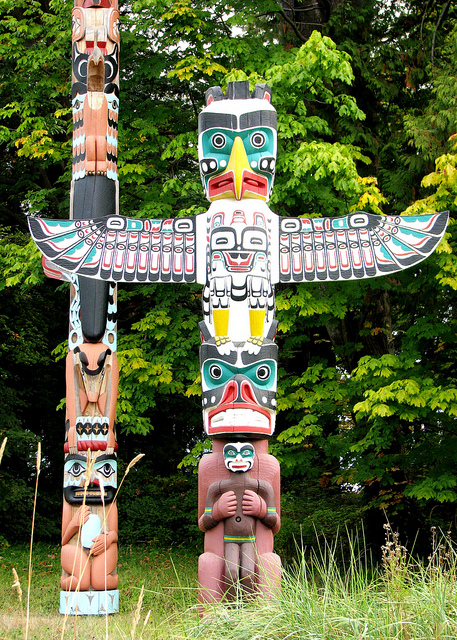 The totem poles at Stanley Park (Photo by aoberg)

Have red velvet cake and prawn cocktail at the Tea House in Stanley Park; Order a charcuterie platter at Salt and Tapas in Judas Goat Taberna. Attend whisky tasting in The Irish Heather Gastropub. Try the alder-grilled salmon in Aqua Riva and Dungeness crab at the C restaurant. If you are craving for Indian food, head for Punjabi Market. 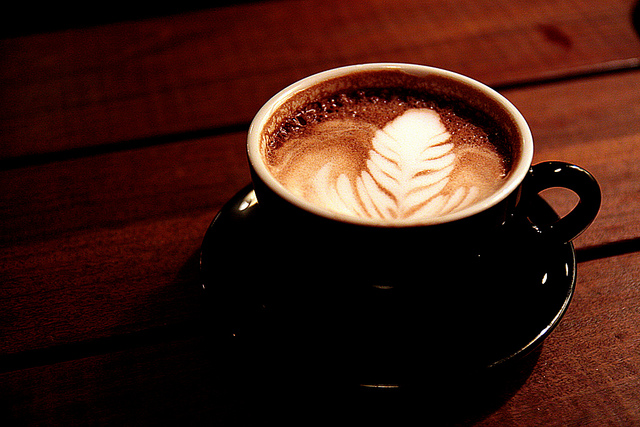