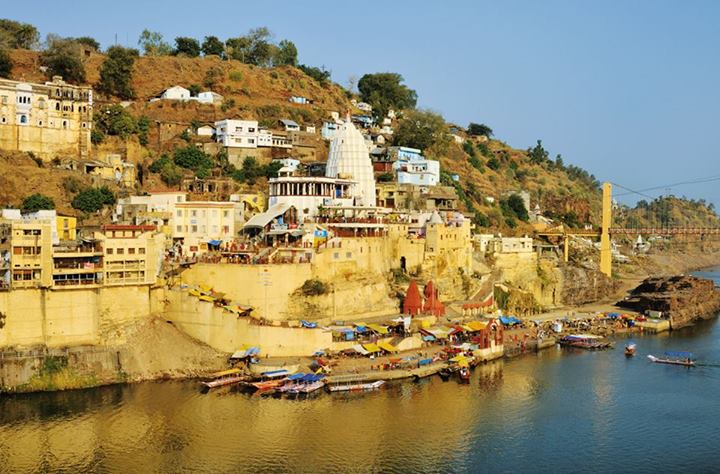 Madhya Pradesh is known for its beautiful temples, their architecture and to top it all the serenity that they offer. To get a taste of divinity that the state has to offer, read on. 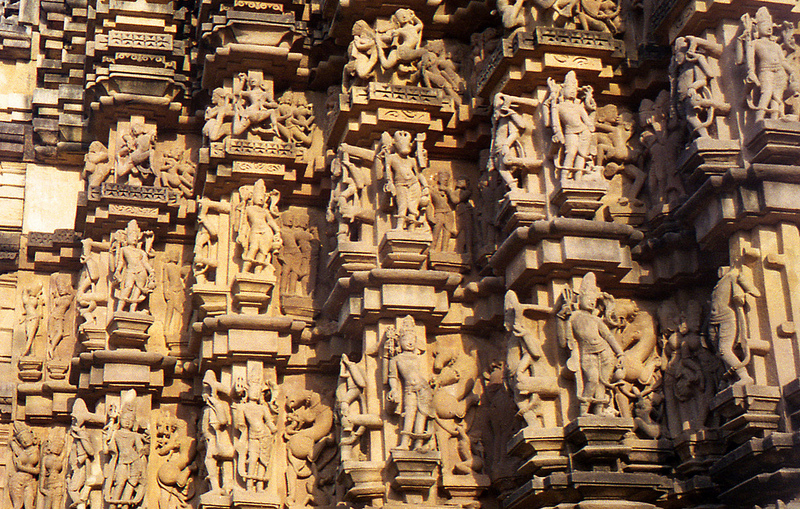 Like a thin blue ribbon, the Narmada traces the geographical half of India. Born at Amarkantak, extreme east of Madhya Pradesh, she is a river personified as a Goddess. The pilgrim trail begins as humbly as the river itself at the white-washed temples of Amarkantak, the the udgam sthan. The impossible white of the temple spires is a prosaic emulation of the Himalayan peaks, as is its name, Barfaana Mandir. Narmada extends a promise of deliverance, and pilgrims pursue her till she drains into the sea. Her riverbanks at Mandla, near the Budhi Maata temple, prospers as a mini pilgrimage. In her course near Jabalpur, as she drops into the dizzy whirlpools of Dhuandhar falls, she scripts a watery maze cutting into the dolomite cliffs of Bhedaghat. Here, at the Panchvati ghat, she is deeply revered in an atmospheric aarti as Ma Reva. Nearby is the Mandapur temple. Built by the Kalchuris in the tenth century, the circular enclosure includes sculptures of tantric yoginis. That’s just few of the temples in Madhya Pradesh. Yes, there are more.

Pachmarhi’s Shaivite shrines are hidden within the gorges atop Chauragarh, but on Mahashivratri, the Mahadeo hills spring to life as yatris, carrying tridents in large numbers, are drawn to the Jata Shankar temple. The nearby caves are believed to have been inhabited by the heroes of Mahabharata during their iconic exile. Omkareshwar an island resembling the Hindu symbol ‘Om’, is one of the 12 jyotrilingams drawing generations of pilgrims. Under the white shikhara of the Omkar Mandhata, Shiva rules supreme in his various attributes within the five-tiered temple. After a ritual bath in the Narmada, pilgrims seek Shiva’s blessing and follow the path of the parikrama, circumambulating the island, visiting shrines and the Triveni Sangam, a propitious bathing confluence. Further west of Omkareshwar, Maheshwar is identified as a capital and finds mention in the epic Mahabharata as Mahishmati. Overlooking the Narmada, the river front’s flight of wide steps lead through the honey-coloured façade into the courtyard of Holkar Palace, flanked by two 18th century temples with ornate carvings.

Ujjain is among the seven holiest pilgrimages of India, hosting the Kumbh Mela along the jammed waterfront of the Shipra river every 12 years. Poet Kalidasa too includes Ujjain in his lyrical opus, Meghadootam, the cloud messenger. At dusk, the lit temples drifting in incense and the flow of life along the Ram Ghat, makes the sight timeless. At Ujjain’s chief landmark, Mahakaleshwar temple, streams of pilgrims endure long queues to have a glimpse of the subterranean Jyotirlingam, facing south and considered as one of the most potent of the 12 self-manifested Shivlingams. Some distance away, the Harsiddhi Mandir is believed to be the place where Parvati’s elbow fell, while being carried by Shiva from the pyre of Sati, making it central to Devi worship.

Chitrakoot in the northern Vindhya Range of Madhya Pradesh, is a major Vaisnavite pilgrimage abounding in vast tracts of neighboring forests where Rama is believed to have lived his days in exile. The quaint temples at Ramghat, along the banks of the Mandakini flourish in the folklores from Ramayana — Bharat Milap temple marking the place where Bharat persuaded Rama to return to Ayodhya, and Janaki Kund, upstream of Mandakini, suggests of Sita having bathed here during the exile. A rare idol of five-faced Hanuman, the monkey-God, sits in the lap of cascades of streams at Hanuman Dhara endowed with fables. Another myth thrives amidst thick forests near Sati Anusuya Ashrama of three brothers having reincarnated as the supreme triad of Hinduism — Brahma, Vishnu and Mahesh. 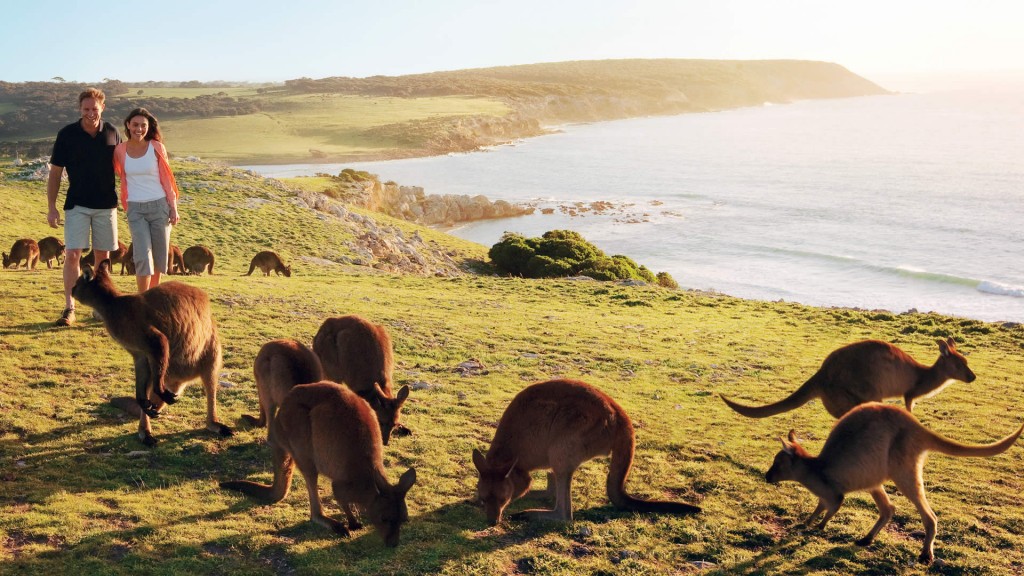