Home
|
Culture & Cuisine
|
Where beauty lured the beast… Samarkand and around. 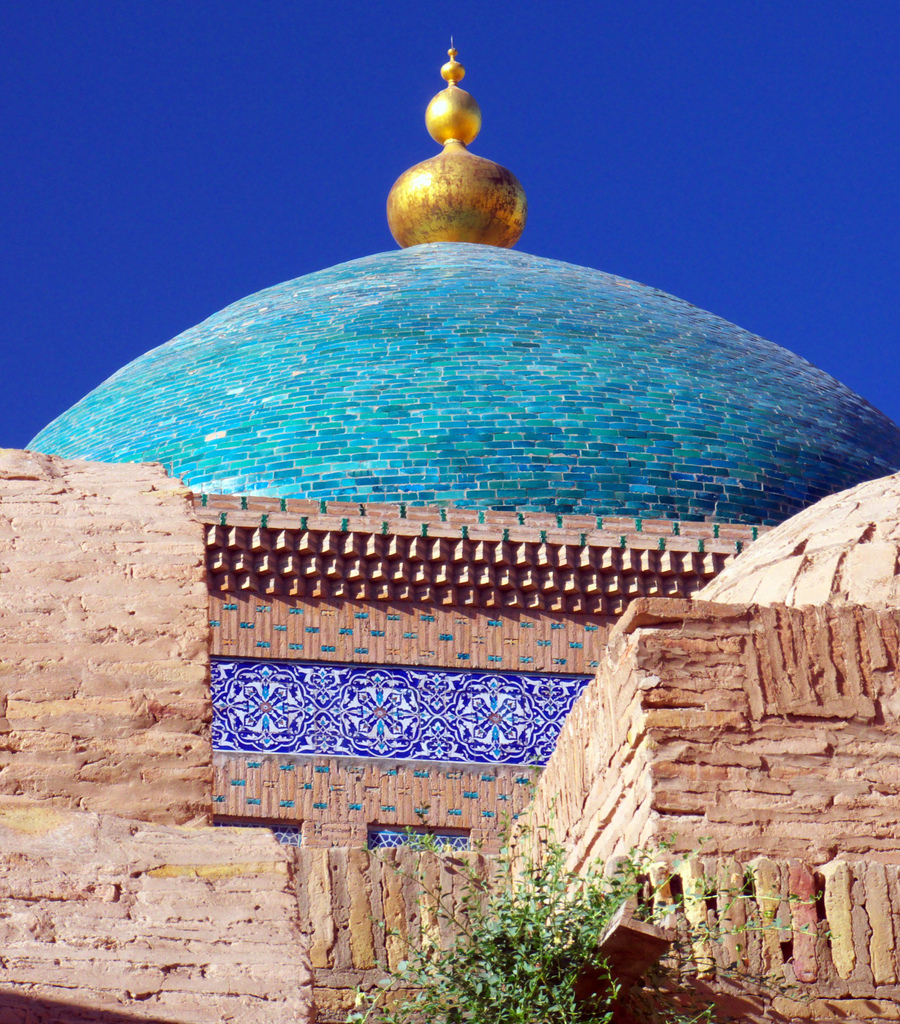 A place so beautiful that it was plundered of it all. A folk that was so skilled in the craft that they were all kidnapped by Genghis Khan. Most of them, slayed. Yes, I’m talking about Samarkand, the supposedly centre point of the fabled Silk Route between China and the West. 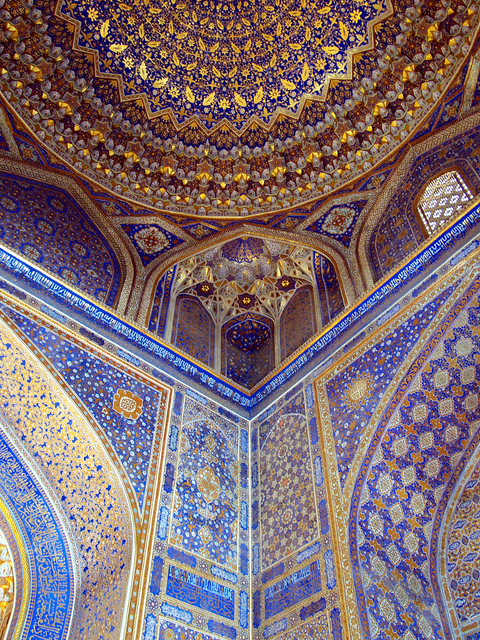 The history of this place and the neighbouring region has seen so much of bloodshed that people, now, seem wary of it all. Happy, contented in the beauty that couldn’t be plundered even after the repeated invasions. People that stand synonymous to one of the most hospitable in the world, warm and welcoming. That from a place where Bibi Khanum, a queen, was killed by Timur, the king, for having been unwillingly kissed by an architect.

Temur, Neither Black Nor White, He Believed In Grey. 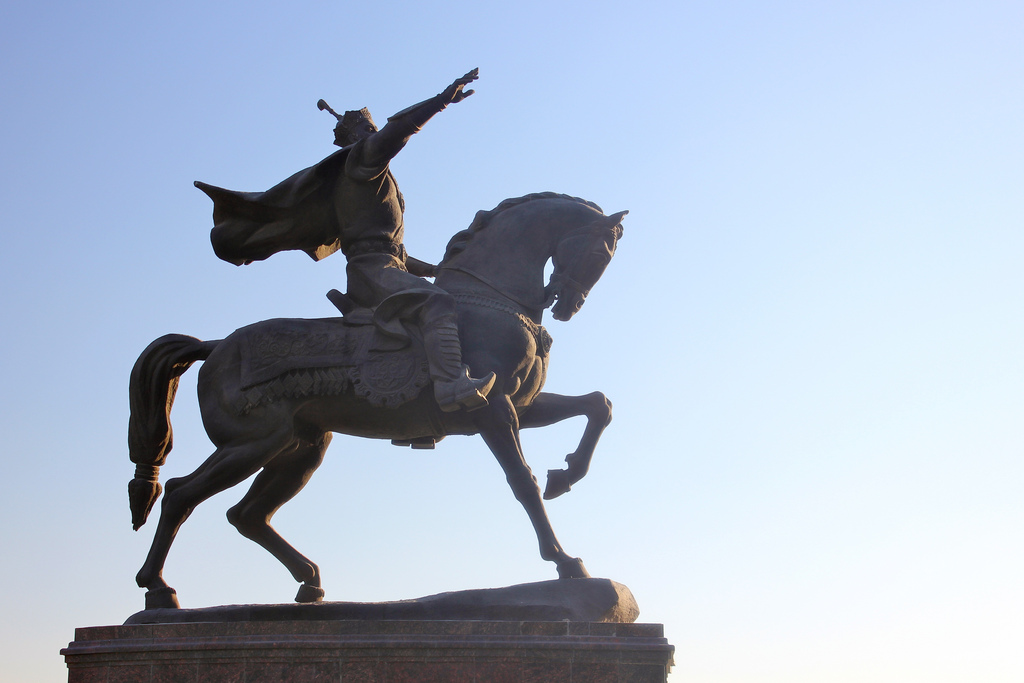 Yes, that’s why I say that this place stands synonymous to the story, Beauty and the Beast.

It’s a place that will give you so many beautiful photographs that you’ll be confused as to which one to pick for your facebook cover photo! Travelling to Samarkand is an experience, where you might be standing at the exact place where Alexander, Genghis Khan, Timur, or even the happy go lucky traveller Ibn Battuta once did, centuries back. So while it’s impossible to tell you what all to do and see and experience at Samarkand, I’ll still give it a try.

Just to give you a heads up. 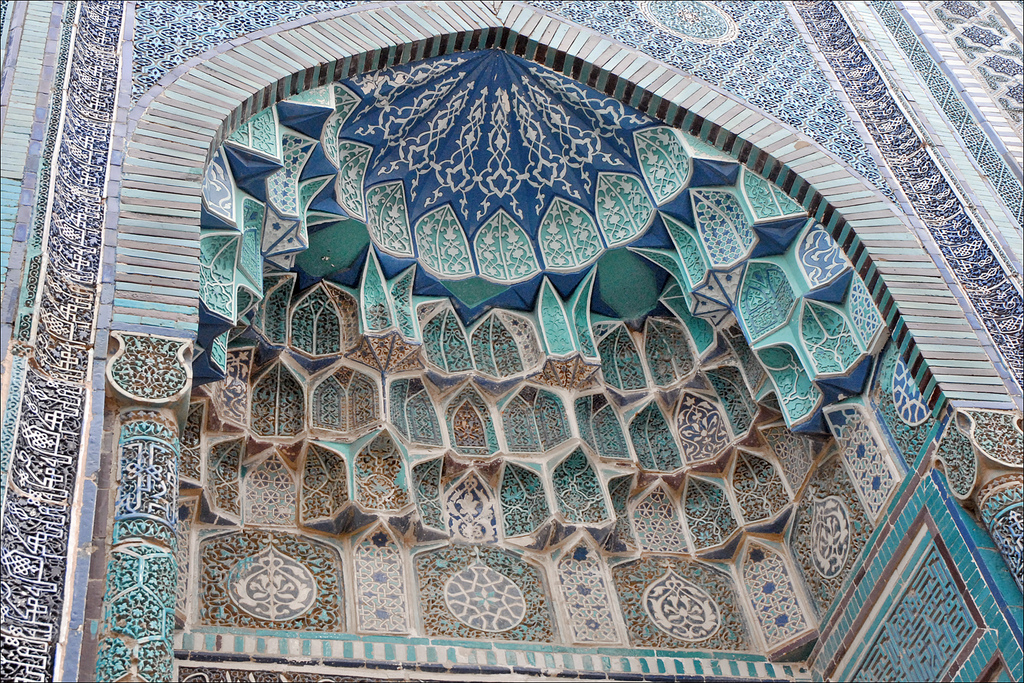 I played a whole lot of treasure hunt video games, of course, before the era of PS 3 and X Box, and there were these ruins in the background. A place that reminded me so strongly of Arabian Nights and Sindbad that I wanted to peer closer, in the hope that I’ll land there. And that’s when I saw this, Shah i Zinda, the necropolis at Samarkand.

All those wishes came true then, for this complex is so intricate, so subtly coloured, so unreal yet real that it’ll take your breath away.

Even Genghis Khan Spared This. 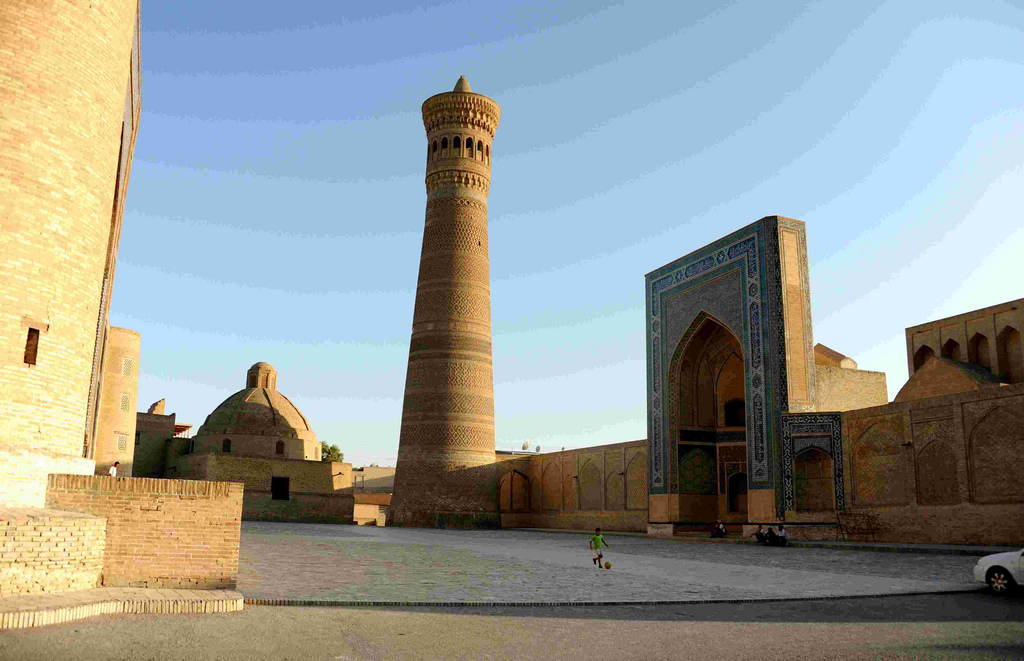 Some 800 years ago, Genghis Khan plundered the artists’ haven of Bukhara. He burned thousands of copies of Koran and killed, raped and looted many, yet this minaret survived his glare. By some sheer stroke of luck or maybe its beauty wooed him too, Poi-Kalyan minaret survived the axe that fell hard, very hard. As you stand at the grounds and look up at it yet, you might hear it again – When Beauty lured the Beast.

You Must Get Drunk At Samarkand. 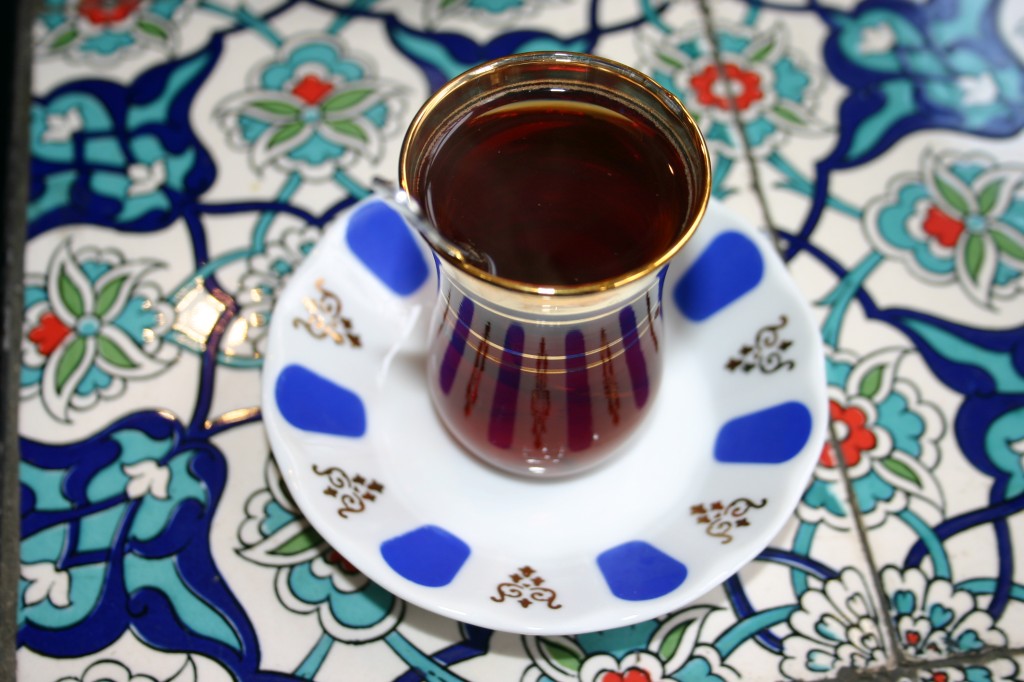 Okay, with that headline I’m not suggesting you to grab a beer or something. It’s just to let you prepare for the life on the streets of Samarkand. If you smile at someone in the streets here, there’s a surety that you’ll end up inside their house, warming up to all the chatter with a cup of black/green tea. A speciality, it’s made without sugar or milk, and is usually taken with meals. So another chance is that you might get a free dinner as well! 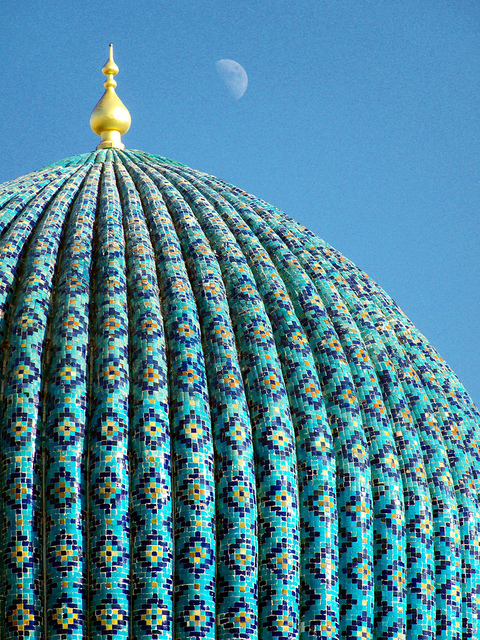 Yes, here lies Temur. Temur the Lame. This is Gur-e-Amir, where Temur lies buried. The king who reigned over these once rough terrains and who was spirited enough to lead the biggest ever invasion on Delhi. Such was his infallible spirit that he brought back elephants from his loot, trudging along those giants on the frozen passes, back then. You might not love him for his love of power, yet there’s something so overpowering about this place that you’ll stand and think. For some quite moments at least.

This, My Friends, Is A Souvenir. 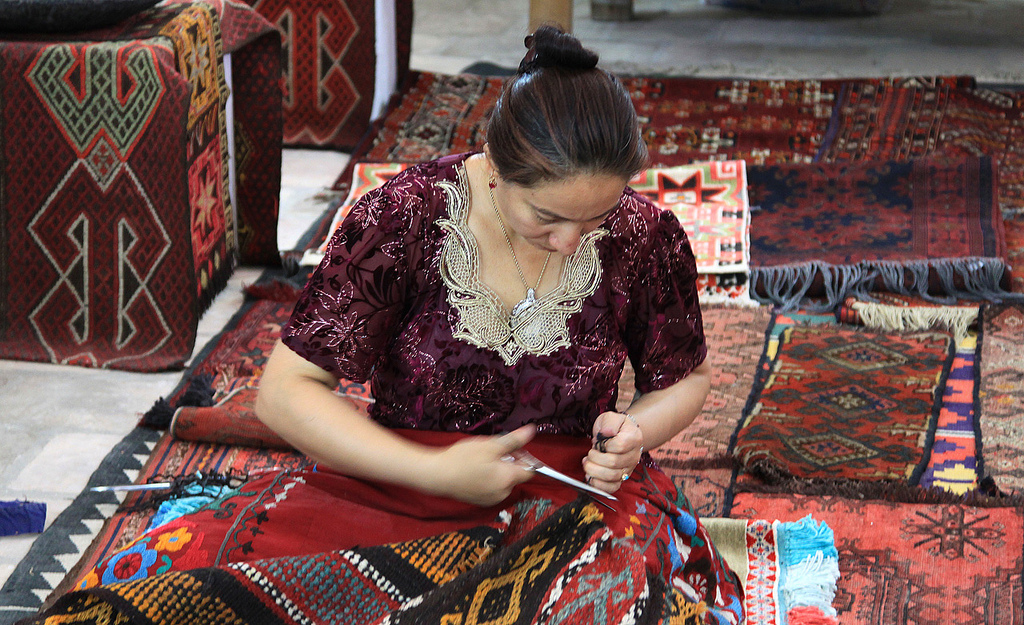 Bukhara, near Samarkand, made Genghis so envious and insecure at the same time, that he kidnapped all the artisans from here. Considered as the breeding ground of the most beautiful carpets in the world, the entire region is a hub for artists. They sit (literally) everywhere, including the lanes, courtyards and even outside mosques, cut off from the buzz around. Imagining and creating – beauty.

When In Samarkand, Go For Detoxification. 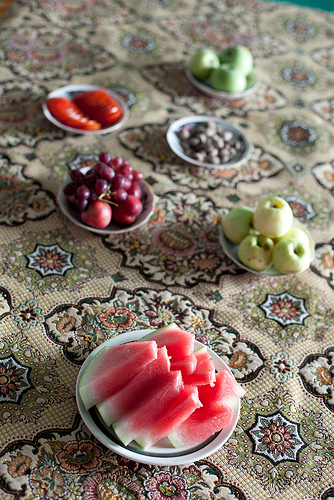 As I said, I can give you just a heads up on Samarkand and its neighbours, for there’s an inexplicable lot to it. So you go out there, experience it all and don’t forget to write back. We’ll be waiting to know how it feels to walk the same grounds that Alexander did. Till then, happy travelling.

At some 6 km away, Samarkand International Airport is your nearest and, of course, fastest way to it. 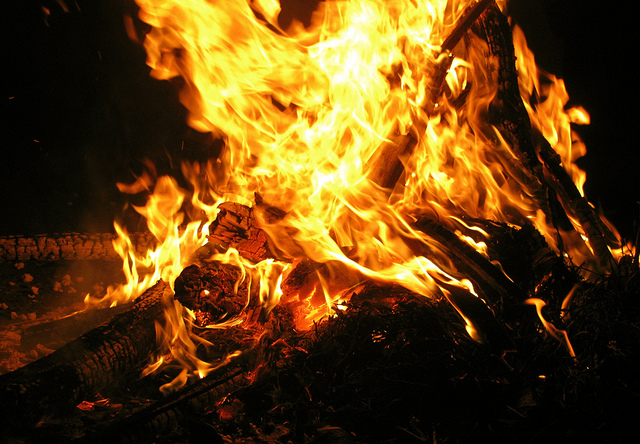 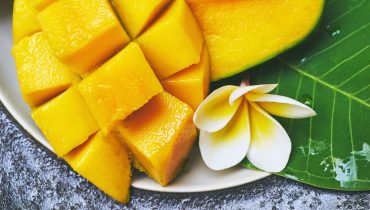