A UNESCO World Heritage Site, Palmyra is now at the risk of total demolition. Much like the Bamiyan Buddhas of Afghanistan, this ancient city might be lost to the world in the coming times. The story of Palmyra is as enchanting as any, like a fragrant splash of ittar romancing the unforgiving winds of the desert. 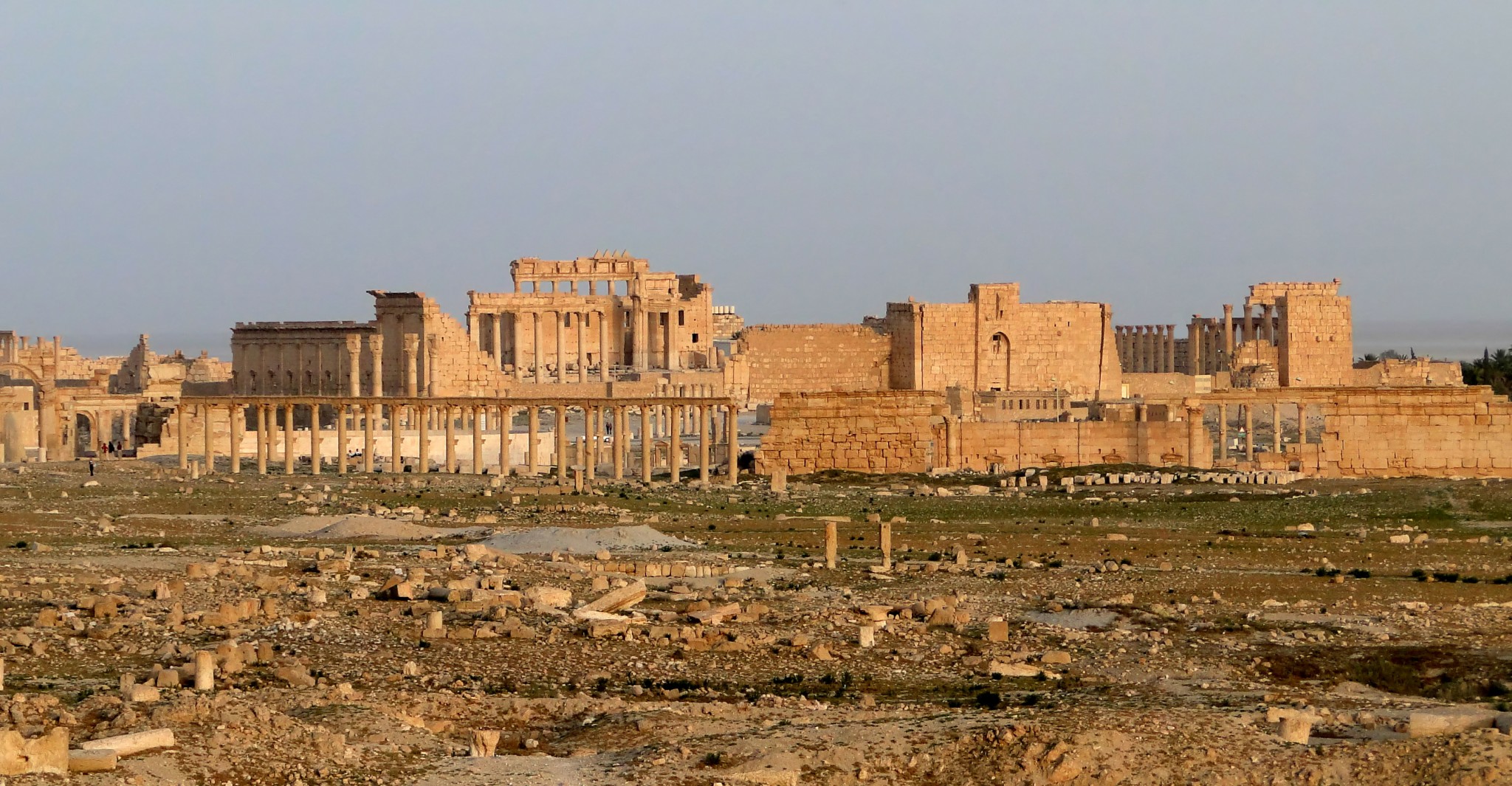 Situated northeast of Syria’s capital Damascus, Palmyra is an oasis in the Syrian Desert. The city, now in ruins, used to be the most significant cultural and commercial centre of the ancient world. Surrounded by palm trees, the oasis has a wadi or riverbed running through it which made it a resting point for many caravans in the history of time.

Rest-Stop for Caravans of Traders (Photo by yeowatzup)

Palmyra was an important landmark on the Silk Route. Traders and merchants used it as a rest-stop, and caravans halted here, for it was a bridge between the mystic lands of the Middle East and the powerhouse of world politics–Greece. Owing to its beauty, Palmyra was dubbed as the Pearl of the Desert. 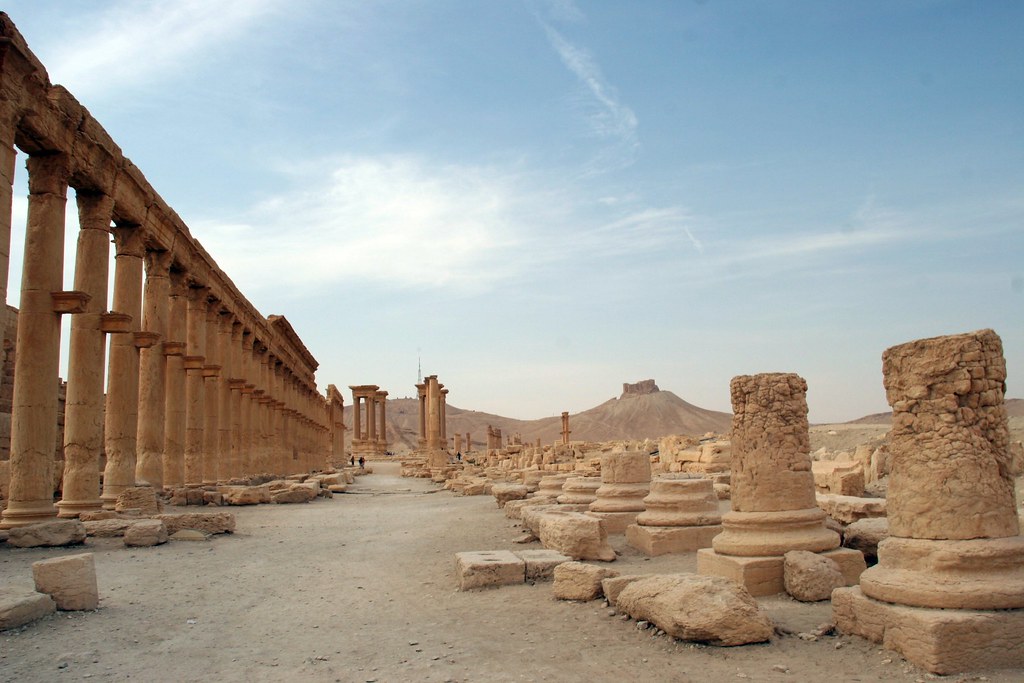 Ruins of an Ancient Civilization (Photo by Gavin)

Palmyra’s ancient monuments, such as Ba’al Shamin, Agora, Temple of Bel and Valley of Tombs lie on the south-western fringes (in Tadmur) of the modern city. The architectural style of the city reflects a heady confluence of Greco-Roman art with aboriginal Persian influences. The crossroads of such diverse civilizations made an exotic impact on the city’s facade. 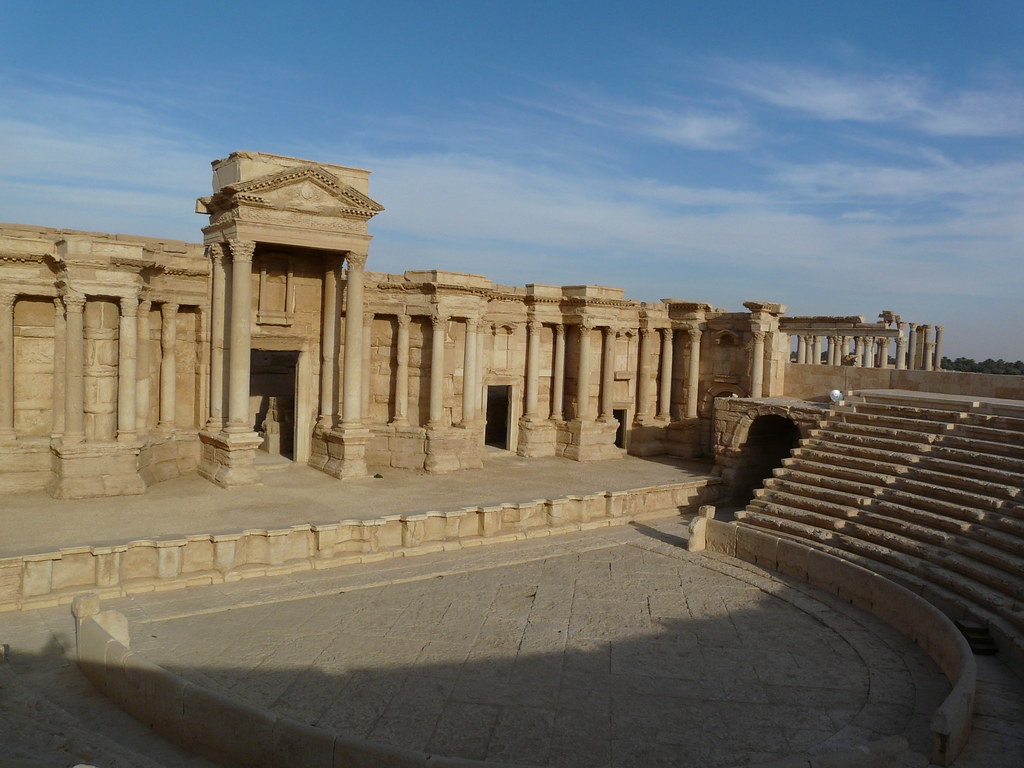 The first excavations began in the year 1929, and since then, the restoration process has continued in Tadmur. Today, the city is home to approximately 30,000 residents.