Home
|
Adventure Travel Trips & Holidays
|
A Trek Back In Time: Mahabaleshwar to Pratapgad 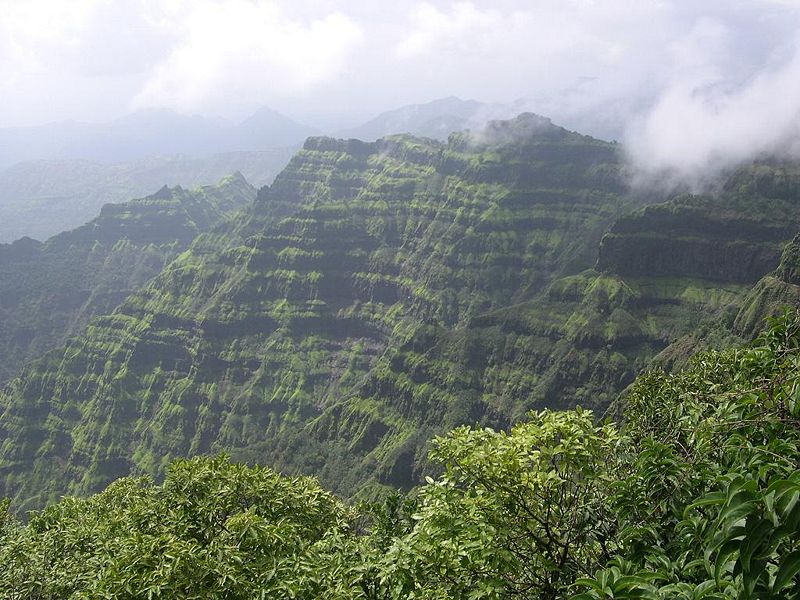 Location: In the Koyna-Satara region, southeast of Mumbai, in the Western Ghats

In 1803, Mahabaleshwar city was a thickly forested, uninhabited, almost forgotten plateau that was part of the territory under Pratap Singh, the ruler of Satara. Its status changed after Governor Malcolm of Bombay exchanged a village for Mahabaleshwar in 1828. And thus began the development of the summer capital of the Bombay Presidency, now one of Maharashtra’s most famous hill stations. It’s also a place of religious interest for many. The ancient temples of Old Mahabaleshwar, after all, are said to be the sources of five rivers (Krishna, Koyna, Venna, Savitri and Gayatri).

Even before the British arrived, the area was surrounded by several forts. In the west is the Pratapgad Fort, where Afzal Khan, general of Adil Shah of Bijapur, made a daring attack on Maratha king Chhatrapati Shivaji. In the south is Makarandgad (1,236m) and beyond it, Mahipatgad, Rasalgad, Vasota and Sumargad. Mahabaleshwar is a good starting point for a trek to some of these picturesque places. 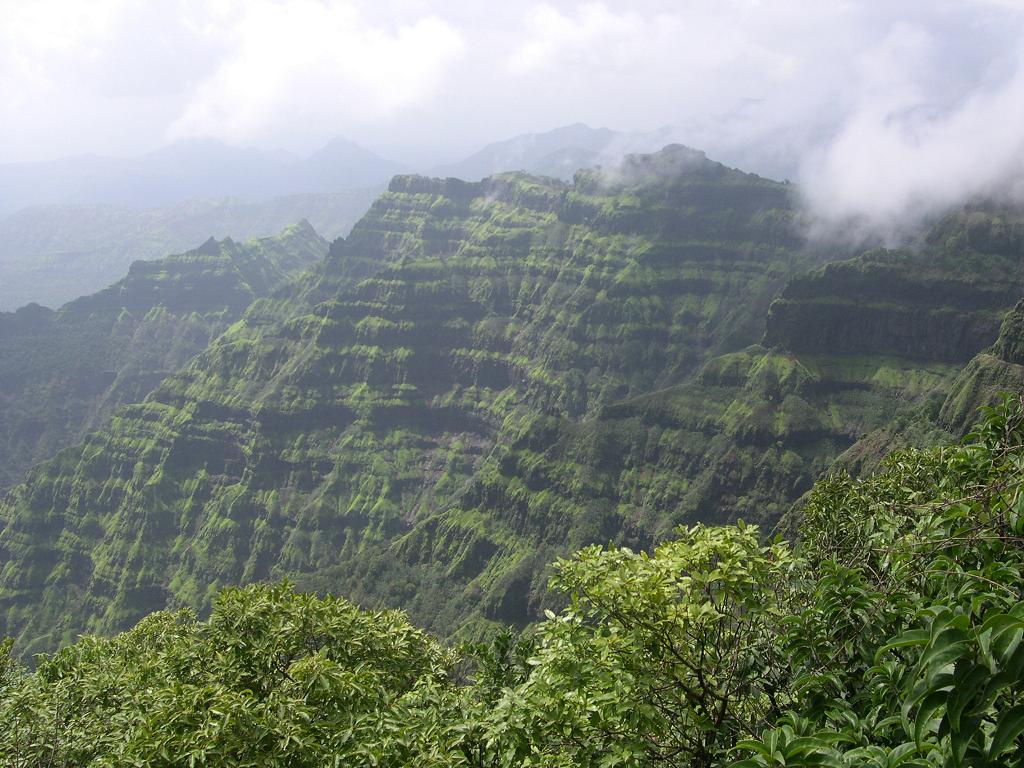 State Transport (ST) buses and jeeps run to several villages on the shores of Koyna Lake, from where you can take a ferry or launch across the backwaters of Koyna Dam and get closer to some of the forts. The area is remote and surrounded by dense jungle. If wildlife interests you, there’s wild boar, bear, deer, leopard and an abundance of bird life in the jungles around. I have in the past made Mahabaleshwar my base and taken off on forays to one or two forts at a time, then returned to a hotel for the night before setting out on another trek. You can do each of these listed here as separate day treks, returning to Mahabaleshwar each evening, if you don’t want to spend the night outdoors, particularly during the monsoons.

It’s advisable to take a guide from Chaturbet if you are not sure of being able to find your own way up to Makarandgad, since the trail is through thick forest and it’s easy to get lost. A guide will cost Rs 100-150 for the day and you’d need to share your food with him. From Mahabaleshwar, catch a bus or jeep going to Tapola and get off at Zolai Khind Pass. From the end of the pass, follow a well-used trail on the right or due north-west. Enter a dense forest and descend along a long spur to the village of Dudhgaon (2-21/2hrs). 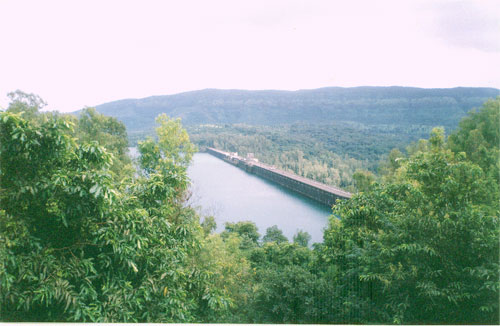 Makarandgad Fort stands tall due west south-west, surrounded by thick forest cover. If you’d like a shorter option, there are a few direct buses to Dudhgaon, but that would mean missing out on the lovely forests after Zolai Khind. From Dudhgaon, follow the dirt road due west, crossing the Koyna River before reaching Chaturbet. A footpath leads across fields and then up the hillside to disappear into the forest. The trail runs due south-west for 2-21/2 hrs before coming to a flat stretch, where it joins another trail coming from the left. This trail comes up from Dabhe Village on the banks of the Koyna Lake. A launch service connects Dabhe with Tapola and other villages in the area, but check timings with locals, as these can be erratic. From the junction, walk another 30-45 mins, due south-west to Ghonaspur Village.

Since much of the area in Makarandgad is filled with thick forests, the walk up with a constant cool breeze accompanying one is very pleasant. If you are quiet you may even spot jungle fowl and peacocks along the trail. From Ghonaspur, the trail into the fort goes due west and climbs another 30-45 mins before entering the ballekilla (big fort). Not much is known about Makarandgad and there are hardly any ruins or ramparts still standing. There is a large Mahadev Temple (renovated and maintained by local villagers). There’s also a rock-cut cave that holds water and stretches far back with almost no end in sight (I tried using my torch but was unable to see the rear wall).

One can camp in the temple (or just outside it if you have a tent), as the cave below has good drinking water. The nights are chilly but the sky, especially on a moonless night, is fantastic. You can see several constellations including Cassiopeia, Orion the Hunter, The Great Bear (Ursa Major), the Pole Star and Sirius the Dog Star, the brightest star in the sky. Depending on the time of the year, some planets are visible too. 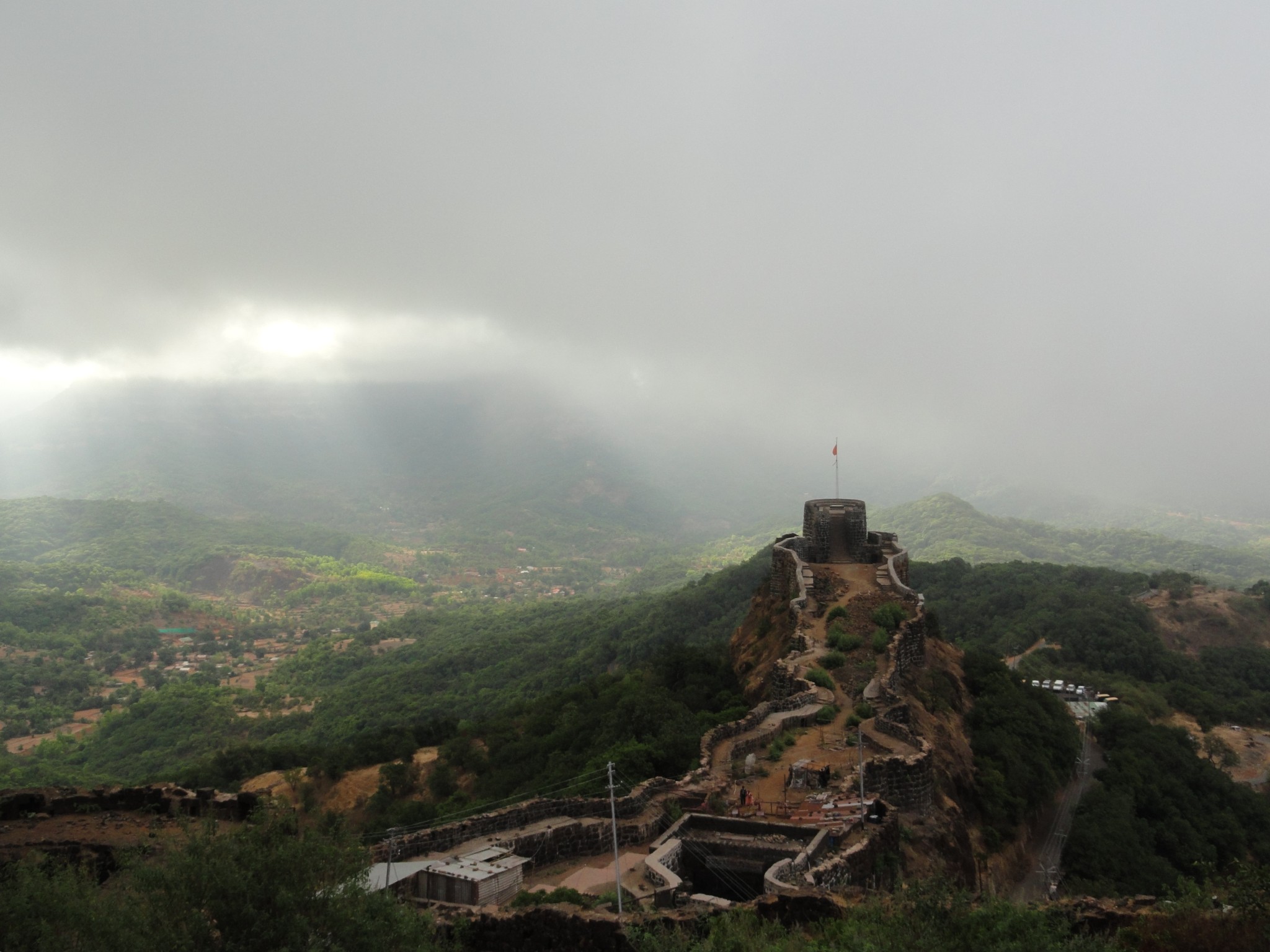 From Makarandgad Fort, descend to Hatlot Village to the west. The trail descends along the right side following the base of the wall (due north). In about 30 mins, you will come to a temple set amidst thick forest. Follow a trail going left, or due south-west, that leads down to Hatlot (if you take the trail going right, you will reach Ghonaspur). After walking for 1-11/2 hrs, you will come out of the jungle and to the first of four hamlets that make up Hatlot. Past the first hamlet you will come to an iron bridge across which lies a Maruti Temple. Just past the last of the four hamlets, the trail turns due northwest and follows a dirt road (1 hr) that brings you down to the Koyna River and a dirt road that goes to Dudhgaon.

Take a left, due north-west, at the road and follow it past Shirpoli and Dudhgaon Phata (junction). Walking along this road, you will pass Parpar Village (30-45 mins) and then Sondpar Village, from where a path leads up a gentle spur, due west. This will bring you to Afzal Khan’s Tomb (1 hr). From here, follow the tarred road that will get you to the base of the fort in 10 mins.

In 1656, Shivaji annexed Jawli and turned his attention to building a fort on Bhorpya Hill, which was strategically located along the trade route from the Konkan to Wai. This became Pratapgad Fort (1,080m), which is one of the few forts in Maharashtra that is still in private hands. It remains with the Bhosale family of Satara and is fairly well maintained. This, plus its historical importance, and the fact that it is close to Mahabaleshwar makes it a big tourist attraction. You can engage the services of a guide who will narrate the history of the fort (with a twist) as he walks you around the different points (guide fee Rs 80).

As you enter the fort you will come across the watchtower and its protective walls. Further up there is the Bhavani Mata Temple, which houses an idol of Mahishasurmardini. This idol has been carved out of a single saligram stone (an ammonite fossil) that was brought by Shivaji all the way from the Kaligandaki River in Nepal in 1661. There is also an exquisite quartz Shivaling, believed to have been worshipped by Shivaji. Also, you can’t miss the huge bronze statue of the famous Maratha chief. 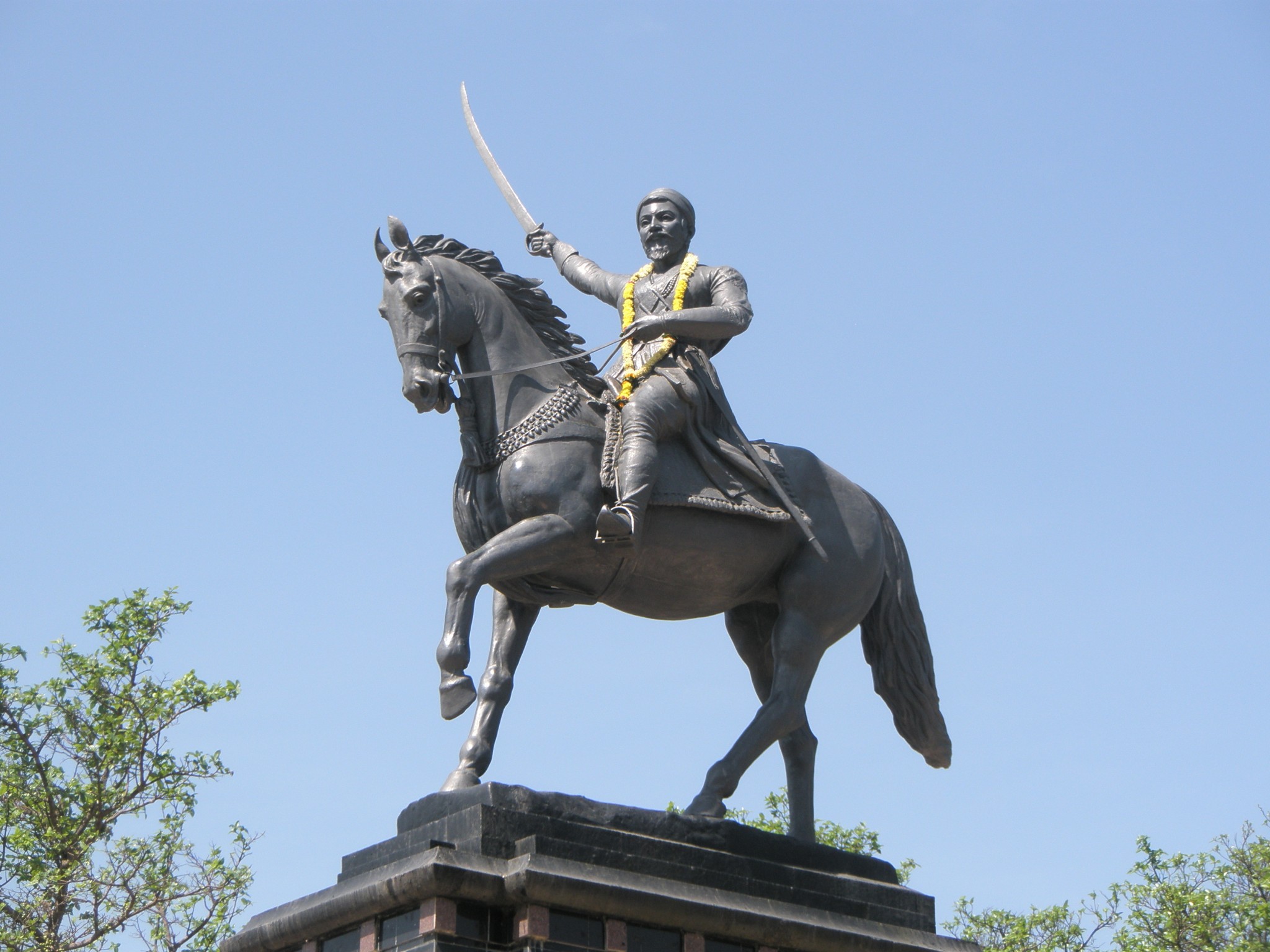 From the western end of the fort, one can look down into the Konkan, while in the north one can see Raigad, Torna, Rajgad and several other forts. Mahabaleshwar is due north-east while Makarandgad is due south-east. The fort walls are in excellent condition and its doors are still intact. Pratapgad is probably the only fort where, even today, the doors are closed and locked at 7 pm. It has all the trappings of a tourist destination with eating houses and stalls selling cold drinks, souvenirs, maps and information booklets (mostly in Hindi and Marathi). Board and lodging are also available within the fort but be warned that these are rather basic options.

After exploring the fort, you can either spend the night up in the fort, or catch a bus or jeep that will take you up to Mahabaleshwar. It is also possible to get a bus back to Mumbai from the highway 7 km away. For bus tickets booking to Mahabaleshwar/Mumbai, travellers can use ixigo travel app and get amazing offers.

● From Pratapgad Fort, you can walk down to Afzal Khan’s Tomb and follow the trail you came up by till Dudhgaon Phata or Shirpoli. From here, there is a path that goes up the hillside through a dense jungle filled with birdlife. It will bring you to Mahabaleshwar city  in 2-3 hrs. You will cross the road several times before reaching the top at Bombay Point.

● I have done this route in reverse and started my trek at Bombay Point, come down to Pratapgad and then gone to Makarandgad, descended to Dabhe to take a launch to Tapola and then to Met Indavli to visit Vasota (1,171m), Chakdev (984m) and Rasalgad forts. This requires an additional four days at least and much of the region is remote with very few facilities. 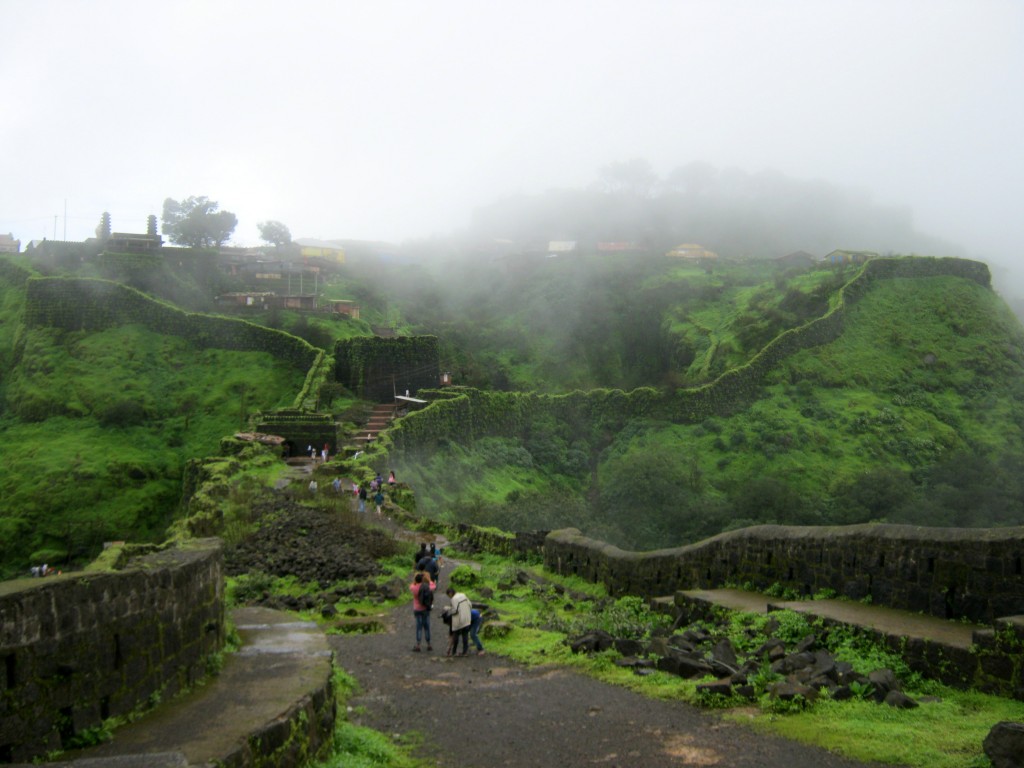 Within the Pratapgad fort (photo by Ms Mulish)

● Yet another option could be to trek across to Raigad Fort, the site of Shivaji’s enthronement, due north from Pratapgad. But you will have to factor in at least one additional day for this. 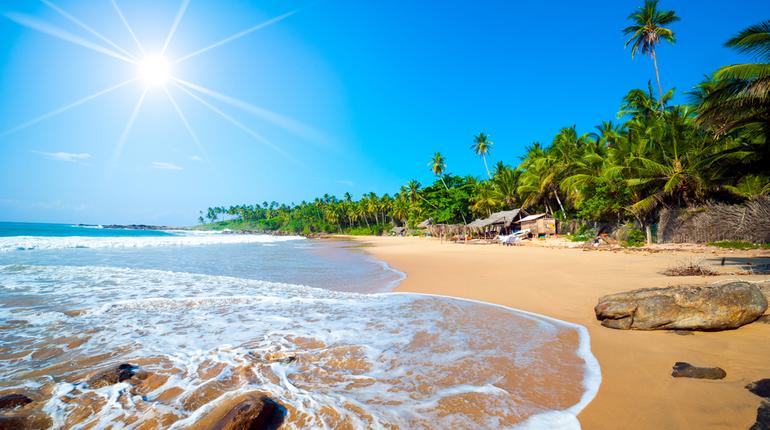 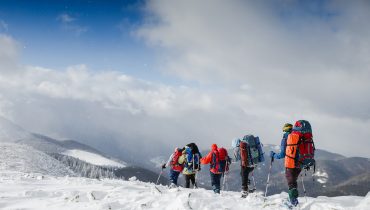