At Arambol Beach, the waves pretty much unravel the story of Goa’s hippie connections, which can be traced all the way back to the time when the first tourists came to the state, in the late 1960s. The visitors were mostly conscientious objectors to the Vietnam War, running away from the draft and the greed of the capitalist world and in search of a simple land of uncorrupted peoples. Their Shangri La then was Calangute Beach, which didn’t even have electricity. Water had to be drawn from a well, and most of the locals made their living by farming or fishing, or on money orders sent by a family member working in Mumbai or East Africa. A part of the local economy ran on a barter system. For a runaway from the West, this was paradise. The hippies made the most of it, living as simply as their hosts, communing with nature, and roaming around with little or no clothes on. For years, this idyll continued. 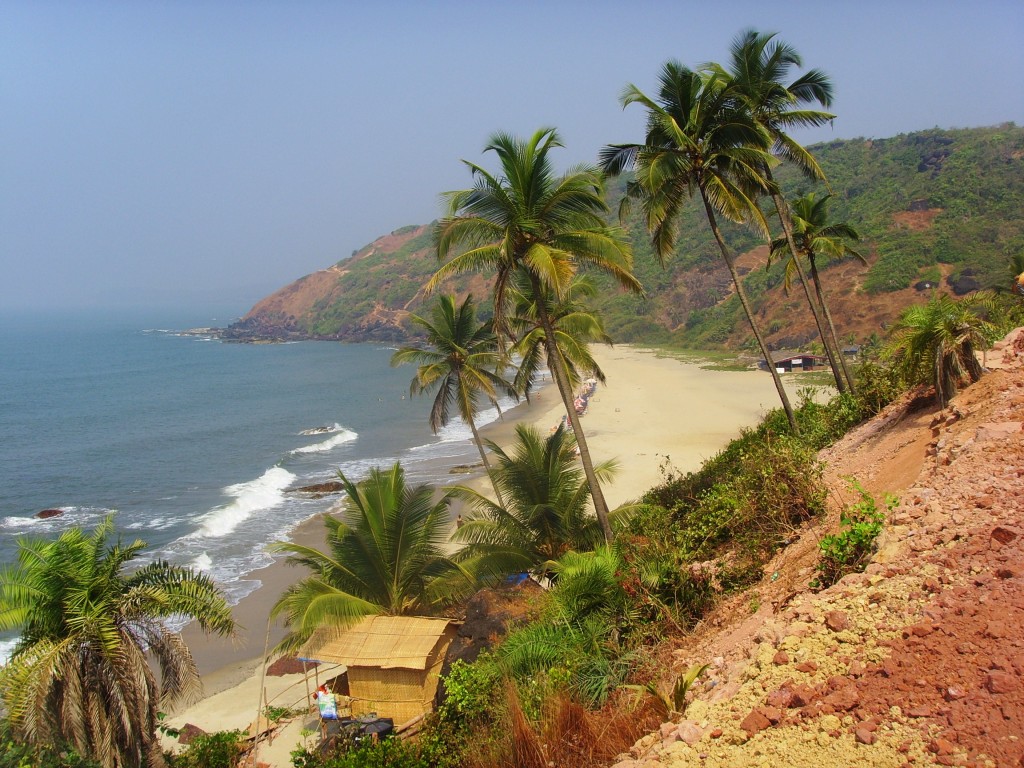 The Goa Government started to seriously ‘develop’ tourism around the time the Vietnam War ended, in the mid- 1970s. Many of the hippies went home and started to lead real lives, but others stayed on — till the crowds began descending on Goa, that is. The hippies then looked for new territory, first heading to Anjuna and then to Vagator, to preserve their freewheeling lifestyle. When these places too became congested, they decided to find an ‘inaccessible’ beach. That was how, in the early 1980s, Arambol — a Portuguese corruption of the village name, Harmal — became Pernem Taluka’s first tourist beach.

A few of the now-ageing hippies still return to Arambol. But the beach today is a favourite with European ravers and backpackers who come here because it’s one of those places where you can get by fairly well on very little money. The new face of Arambol fits in with what they are looking for: alternative food, yoga and meditation. It also explains the innumerable Tai Chi, body painting and ‘Learn yoga’ signs that crowd the lanes leading through Arambol village to the beach. It certainly isn’t the unspoilt paradise that it once was but in Arambol’s quieter parts, you’ll find the echoes of a secluded beach that the hippie in you seeks out.

You can reach Arambol either from Pernem in the east, or from the south via Morjim and Mandrem. Either way, you’ll reach Arambol Junction, where three roads meet (the third leads north to Tiracol). The post office, petrol pump, bus stop and Our Lady of Mount Carmel Church are clustered around the junction. The main Arambol Road leads west from here, running the length of the village. It’s lined with hotels and restaurants. The main road finally dwindles into a few footpaths. One of these leads to the tiny Paliem Beach with its freshwater lake, located in the shadow of Waghcolomb Hill.

Arambol is not safe for swimming as the rocks create an unpredictable undertow. There are no lifeguards here, so it’s best not to venture in more than waist-deep. At Keri Beach, stay well away from the Tiracol River, as it has a particularly strong undertow.

Arambol Beach is lined with shacks and a few stalls selling sarongs and similar assorted stuff, and you can spend your time browsing through the items on sale. Climb up the Waghcolomb Hill for the best possible views of the blue sea and the surf hitting the beach. Incidentally, as is the case across Pernem, it’s quite common to see a cow lounging on the sand.

Arambol’s most wonderful feature is the tiny Paliem Beach at the foot of the Waghcolomb Hill. Here, there’s a small freshwater lake barely 200m from the sea, fed by springs, at the base of the surrounding hillsides. A dip here after bathing in the sea is recommended to wash off the salt. Contrary to the claims of some foreign guidebooks on Goa, there are no ‘hot’ springs feeding the lake.

Apart from dolphin-spotting trips, which are offered by nearly every outfit here, there’s also a surf club on the beach that offers windsurfing, boogie boards, kite buggy rides and sand-speed sailing — this is for true adventure freaks as the board can hit 30 kmph on water. Rates: Rs 400 upwards for a ride.

During season, paragliding takes place from the top of Waghcolomb Hill over the lake. You could be asked to pay anything from Rs 1,500 upwards for a 20- min flight.

If you fancy a walk, then head out beyond the lake. A 10-km-long path from Arambol meanders over the hillside, eventually ending at the casuarinafringed Keri Beach. At low tide, you can even weave your way here between beachside rocks. There is nothing at Keri except for a few shacks. Nevertheless, if you wish to spend time here, there are guest houses in Keri village.

This is Goa’s northernmost beach, bounded by the Tiracol River to the north. Few people ever come here, save for the occasional Sunday picnicking crowd, so Keri can be your private realm.

North of Arambol, you will find that the road ends at the Keri-Tiracol ferry point. On the opposite shore is Goa’s northernmost outpost, Tiracol Fort, whose antecedents go back a long way. It was captured by the Portuguese from the Bhonsales of Sawantwadi in 1746, during the Novas Conquistas. Tiracol was and even now remains a cheeky Goan toehold in Maharashtra. 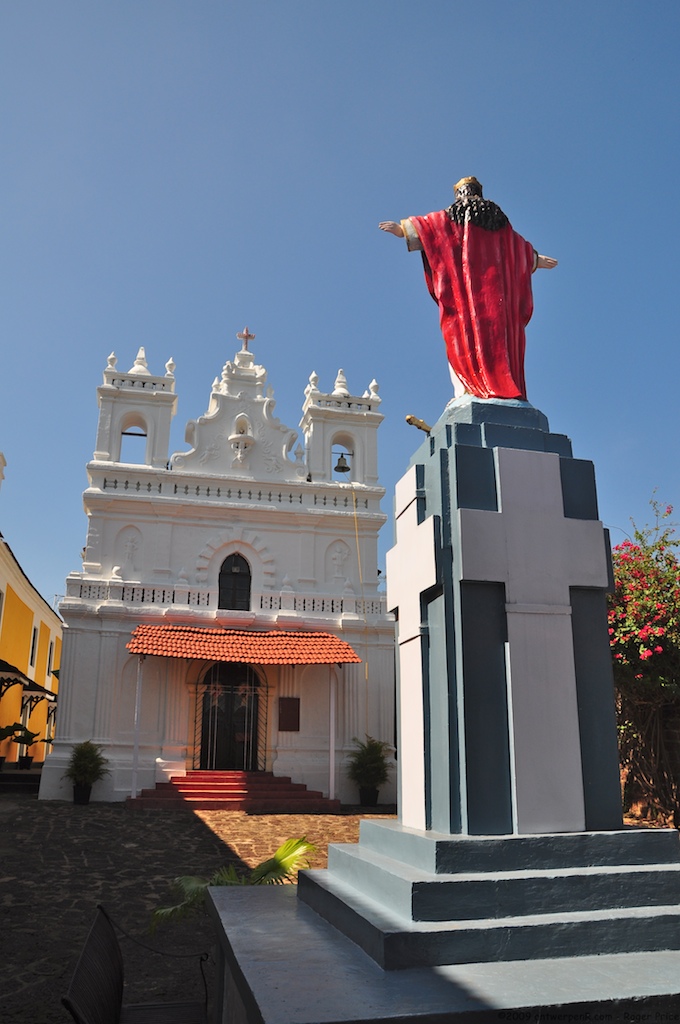 The chapel of St Anthony, inside the fort, is open only when guided tours arrive. But the ramparts afford a spectacular view of the river and the sea. The fort has been converted into a hotel, Fort Tiracol. The resort has two suites and 5 spacious double rooms. One of the suites has an entire battlement and a guard turret as its balcony with a truly splendid view. The resort also organises coast crusing, dolphin sighting and birdwatching. Even if you are just visiting, you can always lunch at their lounge bar.

Arambol has quite a pulsating nightlife, given the many ravers living here. Loekie Café, located on the road to the beach, is a cocktail bar that has jam sessions twice a week, Indian classical music and dance twice a week, a movie once a week and a chess tournament every month. Mango Tree is a beachside shack next to the road that has jam sessions on the days Loekie’s doesn’t. It has a better location and better views than Loekie too. Babylon is a good place to drink till the wee hours.

When to go The best time is, of course, winter but it’s also the most expensive season and the busiest with tourists descending in huge numbers on Goa’s beaches. The monsoon is another option for those who like to holiday in the rains. Not to forget that Goa pleads to be treated as an all-season destination

About the author
Ashwin Tombat was a journalist (he was the Editor of Gomantak Times and Goa Today magazine, and the Assistant Editor of Gentleman magazine), a researcher (MacArthur Foundation population fellow) and a street theatre activist (with Aavhaan Natya Manch). He is now a part-time writer and media consultant, when he is not sailing, swimming or coaching Goa’s children in these sports. 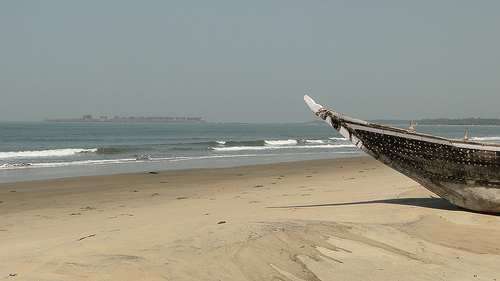