I am watching the world flash past my eyes. Sometimes it’s crowded, at others starkly empty; it has steep hills and dense forests, the endless curve of the sea and barren landscapes of dark red earth punctuated with prehistoric rocks balanced on each other by fortuitous design. By day the images tumble from one to the other, at night they are covered by a darkness so deep that even a million stars can do little to dispel it. The soundtrack ranges from the latest Kannada hits to old Hindi film songs and Nina Simone’s pleas for a little sugar. The city has been increasingly claustrophobic for the past few weeks, not only because of the approaching monsoon. The papers talk only of civic infrastructure and the Assembly elections. There is too much cricket on TV. I need space, and early one Saturday morning, as we peel away from a blaring traffic jam on to NH48, speeding our way towards the Arabian Sea, I feel the luxury of wide, open horizons. 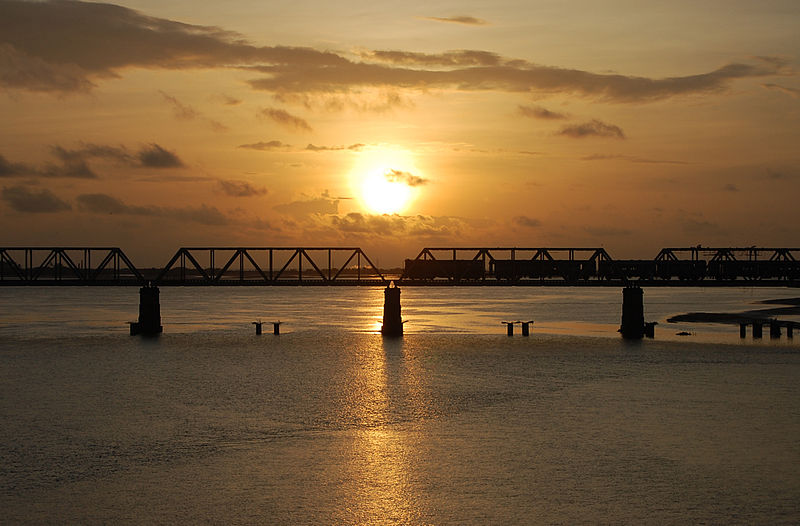 Our first stop is Mangalore. We drive along gently undulating roads that later climb through hilly coffee estates, charming enough but it’s only a hint of the beauty that awaits us along the coast. The city also gives us our first taste of the wonderful seafood we’ll eat along the way. Tonight, it’s tender pieces of fish perfectly fried and fresh prawns in spicy red curry scooped up with feather-light neer dosas. There is no fish in Udupi, a pilgrimage town that’s the birthplace of the ubiquitous South Indian restaurants spread across the country, but it does offer a very satisfying tiffin of idlis. Ahead of us, the smooth NH17 winds its way along the coast. Ever so often, a cheerful yellow signboard indicates turnings towards the seemingly endless string of small, quiet beaches we are driving past.

The four we stop at, Maravanthe, Murudeshwar, Gokarna and Karwar, each have a beguiling charm. These are not the brightly lit, party beaches of Goa – there are few, if any, shacks, no crowds of sunburnt tourists, only the sea lapping at the fine sand, and an occasional crab scuttling for cover. When the sun sets, these beaches are pitch dark, and the crashing of the rising tide fills the air. Of the four, Murudeshwar is perhaps the most populated, thanks to its Shiva temple and gigantic Shiva statue watching over the sea; and Gokarna the most surprising. As we drive to its Om Beach, climbing at a steep gradient, it seems impossible that a beach should suddenly appear in the middle of such high hills. And then, there it is, a treasure of blue far below us – not Om but Kudle, even more remote.

Gokarna has some of the ambience of North Goa: there’s beer on every table and the menu offers the deliciously out of place Nutella pancakes that mark the backpacker’s trail. The water is warm and welcoming. I walk in congratulating myself for having packed extra pairs of everything. Early the next morning, we trek to Kudle. Turns along the hilly path are marked in friendly white chalk, and breakfast on the smooth white beach tastes particularly good. Time doesn’t just stand still here, it takes off its shoes and puts its feet on the table.

It’s difficult to imagine that only a few hours later we’ll be crossing into Goa, but that afternoon we are driving up and down the ghats, heading to Panjim. The heritage quarters of Fontainhas and São Tomé, with their brightly painted houses and pavement cafés, are twin miniatures of a more relaxed and friendly age, a world away from the broad roads and speeding traffic around them. Panjim is also the end of the first leg of our drive – from here on, instead of green palms and holiday beaches, we have the considerably straighter roads and austere landscape of northern Karnataka. Before that, though, we pass through the thick jungles of the Bhagwan Mahaveer Sanctuary, watching out for hairpin bends and any wild animals that might be crossing the road. Unfortunately none do. Over the next couple of days, as we drive towards Hampi, not only the landscape but also the food changes. 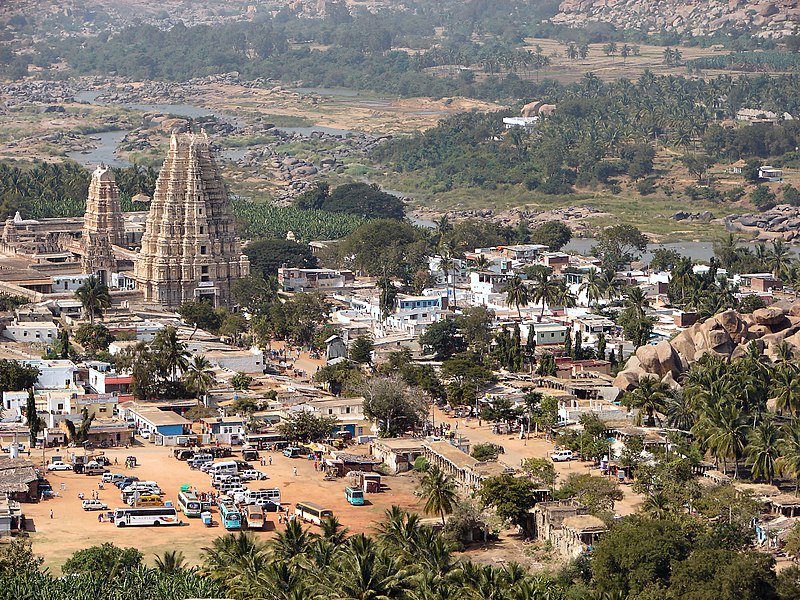 Fish, squid, prawns give way to spicy vegetable curries, jowar rotis and varieties of dosas. At Dharwad, the hotel receptionist moonlights as an amateur historian, and his enthusiasm for his town propels us into wandering around the town, finding here and there historical treasures, far too often neglected and abandoned.

The next day, the road stretches far into the horizon. On either side are fields of dark red earth, and the highway is silent, except for the occasional blur of a passing vehicle. The feeling is almost cinematic – perhaps fittingly, because our final stop is known for the sheer visual grandeur of its ruins. When we return from the elegantly planned ruins of Hampi to the overburdened infrastructure of Bengaluru, I realise how easily I forgot that for most of our lives space is at a premium. As the following days settle into the usual humdrum of routine, I nurture that amnesia.

For the most part, this is a relaxing and enjoyable driving experience, though likely to begin on a chaotic note. Unless you leave before dawn, you’ll find that NH4 (Tumkur Road), which leads out of Bengaluru, is jammed with trucks and swathed in dust and exhaust fumes. Don’t let the frustration of prolonged immobility get to you, however. The real drive begins the minute you turn off at Nelamangala onto NH48. This is a smooth, gentle road that becomes increasingly picturesque, particularly when, post Hassan, it begins to climb through hilly coffee plantations. The next stretch, along the coast on NH17, is pure leisure. The road allows acceleration, so you’re completely in control of how slowly or rapidly you want to go from one stop to the next. Both entering and exiting Goa (along NH17 and NH4A respectively) requires more concentration: the roads are good, but hilly. On the way in, the road rises and falls regularly, which means driving with your foot almost always on the clutch, while the exit is a prolonged and steep climb through the Bhagwan Mahaveer Sanctuary – watch out for many hairpin bends and the possibility of wild animals crossing the road. The shortest route to Dharwad would be the state highway that goes straight east from Londa, but this road is in terrible condition, so the better option is to stick to NH4A and drive north towards Belgaum. Unless you wish to visit Belgaum, however, take a right turn off the national highway just before Khanapur town, and drive along the narrow but reasonably well-paved road that cuts through villages and fields until you reach the stunningly wide and fast NH4. Unfortunately, NH63, which leads from Dharwad’s twin town Hubli to Hampi, is much less efficient – narrow and roughly paved, it also has a lot of commercial traffic, which might slow you down. NH63 gets progressively worse on the return journey, between Hampi and Bellary – rough, crowded and enervating. Luckily, this is not a very long stretch and SH19 that begins from Bellary is well paved, and slightly hilly. At Hiriyur town, the state highway joins NH4 – its four lanes and incredible speeds might spoil you for the jam that awaits back on Tumkur Road.

Parvati Sharma moved from freelance travel writing in Bangalore to full time journalism in Delhi. She enjoys writing fiction and is working on a collection of short stories. 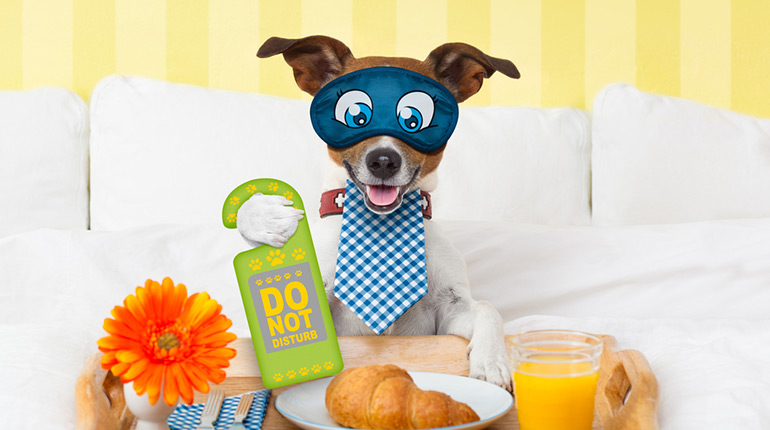