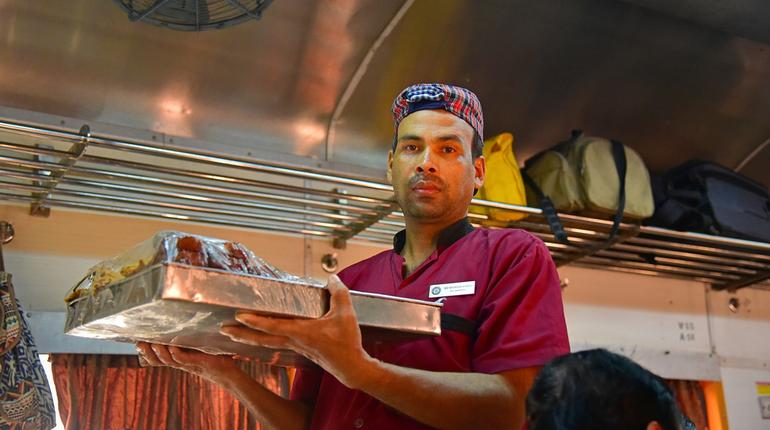 Indian Railways has decided to follow the airline food menu for improving the quality of food that is served in trains.

As per the latest reports, the railways is planning to have a menu similar to the airlines and will include dry food items. However, the new change will come up with a price hike as passengers will have to shell out extra after the release of the menu.

The Railway committee has submitted its report to the board and it is expected that the board will soon have a confirmed decision on the same. It has also been suggested by the committee that Railways should have ready to eat meals on its new menu. Passengers will be served food items like rajma chawal, hakka noodles, vegetable biryani, ladoo and pulao among other dishes.

The Indian Railways has already made catering optional across major trains like Shatabdi and Rajdhani, following which 20 percent of the people have said no to the option.