So you’ve seen all that there is to see in India?

While I really cannot imagine a yes to that, I can get you options that you might travel for. If you still have not explored India’s neighbourhood, other than Nepal (which is a runaway hit with travellers), this story is just what you should read. A region that is so vibrant, topographically as well as culturally, that India’s neighbourhood is any traveller’s dream come true. Right from slurping over a bowl of noodles in China to having a chit chat over life, karma and more such “high” talks with a group of monks in Bhutan. 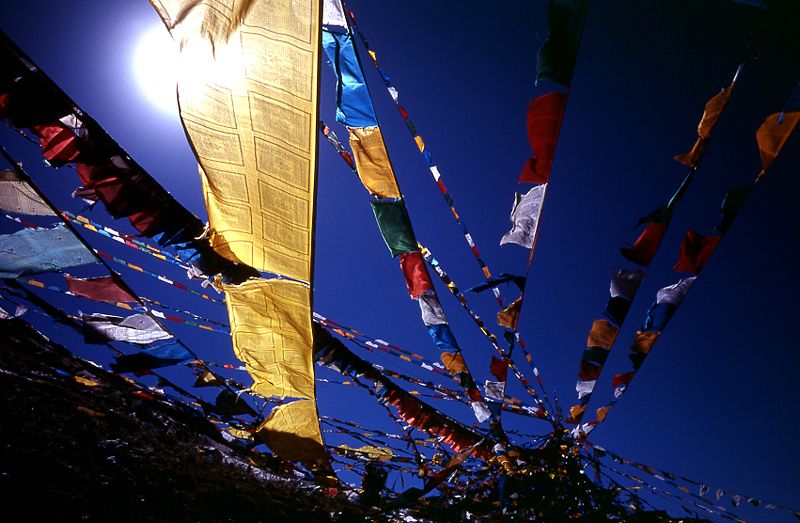 This untouched slice of the mighty Himalayas is still untouched, luring wanderlusts with the golden gleaming pagodas of the Taktsang Palphug Monastery, Kyichu Lhakhang Temple and the National Museum of Bhutan. This winter, lose yourself to the flutter of prayer flags and whistling woods that greet you on the roads in Bhutan. This little gem of a country makes you enter a time warp, as the locals are more than happy to share legends that suggest that Guru Padmasambhava flew to Paro on the back of a tigress from Tibet! 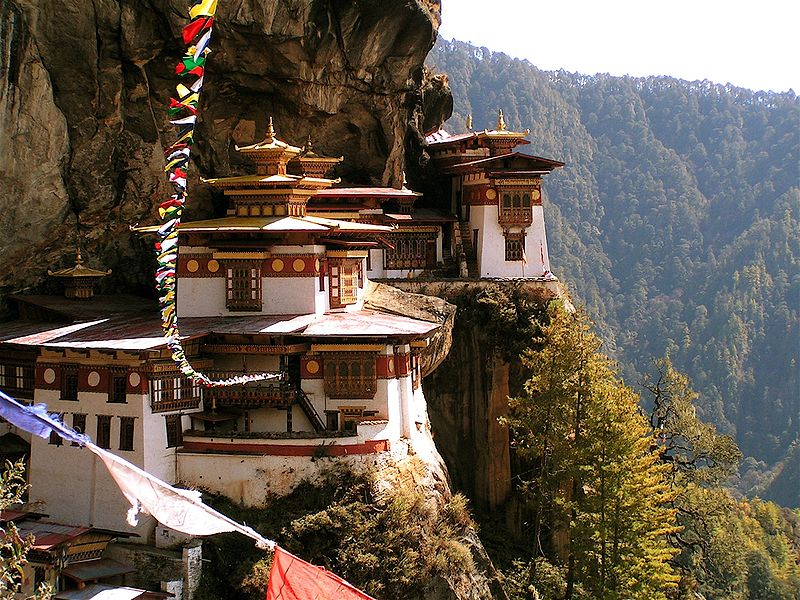 Let your heart skip a beat or two as you enter the valley, for the brilliantly colourful thangkas (Bhutanese paintings) will make you gasp. The treks in the gorgeous Himalayas offer breathtaking views of the deep ravines. If nothing, Bhutan and the winding roads to it will make you dream again, forever.

A must visit destination for backpackers and mountain lovers, Bhutan is India’s next door heaven. 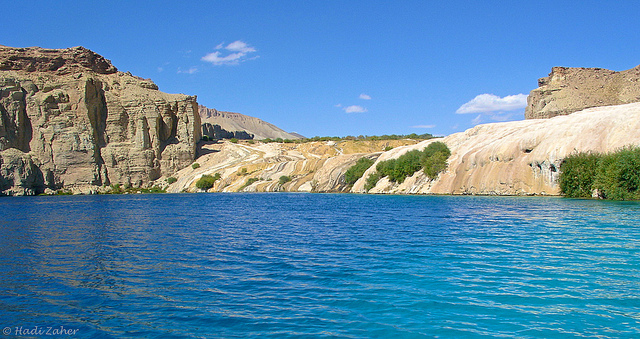 This is not an easy one, not at all. While Afghanistan has too many negatives when it comes to choosing it as a travel destination, it’s probably because very few have ever highlighted its wonders that have names like the Hindu Kush. The ripping of Bamiyan Buddhas surely left a dent that nothing can help get rid off, yet the lure of Afghanistan lies in the caves and shrines of Aibak, stretches and stretches of the barrens of Hindu Kush, a history that exceeds in glory when compared to all the bloodshed. Add to it the ruins of Bamiyan Buddhas that stand mute in a valley, a scene that looks more photoshopped than real. If you manage to get a visa to Afghanistan, don’t let go of a chance. 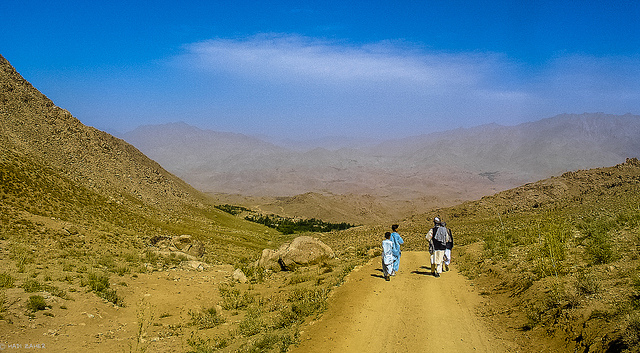 There is a strong sense of surreal in the way the evening azan wafts in the air of Kabul and climbs up the mountains. Look further up and you will be within a hands’ distance from the biggest starts glimmering on some of the most clear skies you would have ever seen. The increased investment in the recent years has made it more hospitable as well.

In one word, Afghanistan is an addiction rather than a tourists’ whim. Get your high. 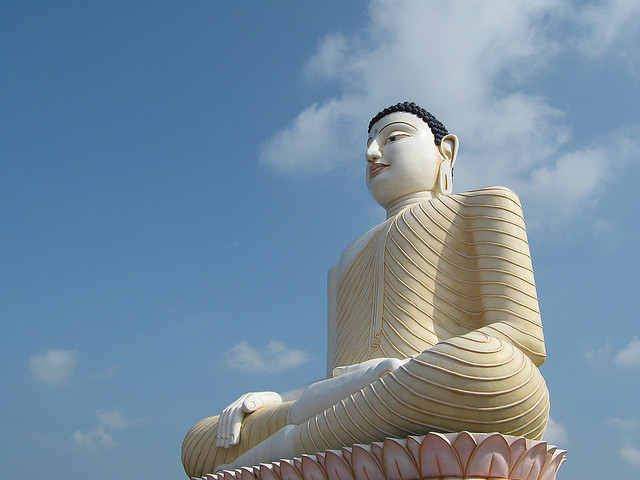 If there is one thing you can rue about discovering India’s neighbourhoods, it’s their being so war torn and yet so enticing. A country of fascinating beauty and some of the world’s best kept travel secrets, Sri Lanka somehow managed to turn the game in its favour and continues to be one of the favourite destinations around India. While reports claim it’s cheaper to travel to Sri Lanka than a trip to Kerala, this country is an explorer’s dream come true. Sufficiently urban, Sri Lanka has some of the best, still untouched beaches, spiritual retreats, scattered ruins that will turn you into a desi Sherlock, great cuisine and some of the world’s most photogenic wildlife. 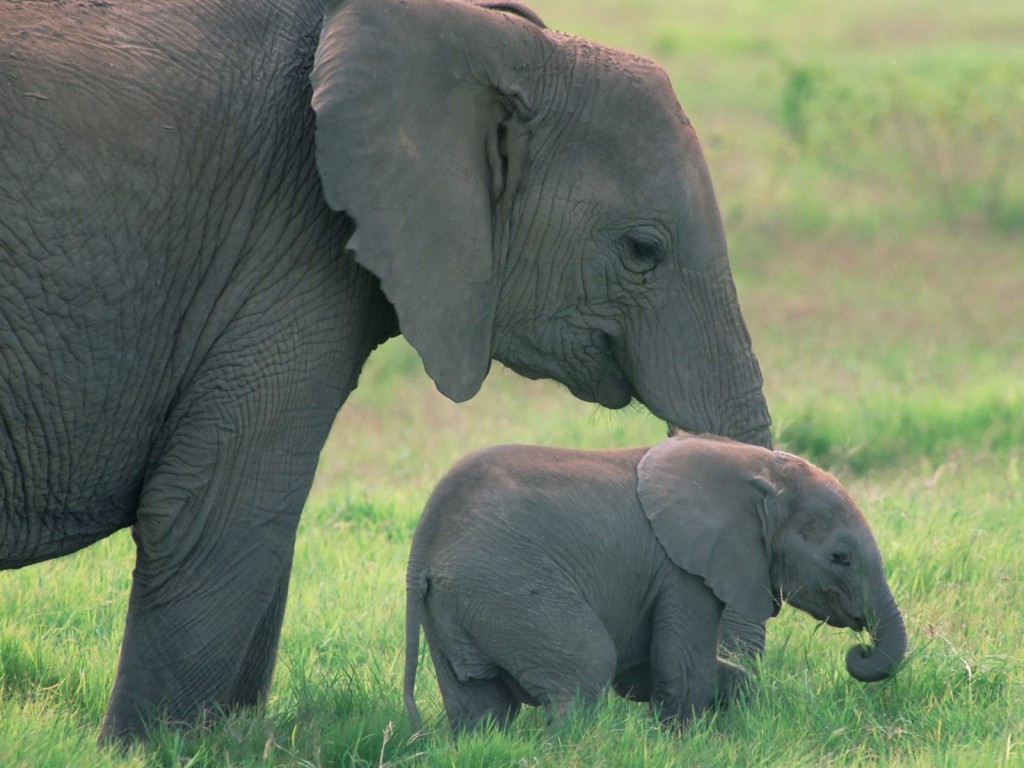 Take out your camera to collect some of the most gorgeous photographs of elephants that can be often seen at one or the other watering holes in the jungles at night. Learn how to cook Kerala’s specialties and more on a culture that is more than 200 years old. Plus, train your muscles and mind by some unhindered trekking and meditation.

Sri Lanka is the heady phoren mix for India’s middle class. Nevertheless, the rich, too, love it. There are plenty of islands to be named after oneself you see. 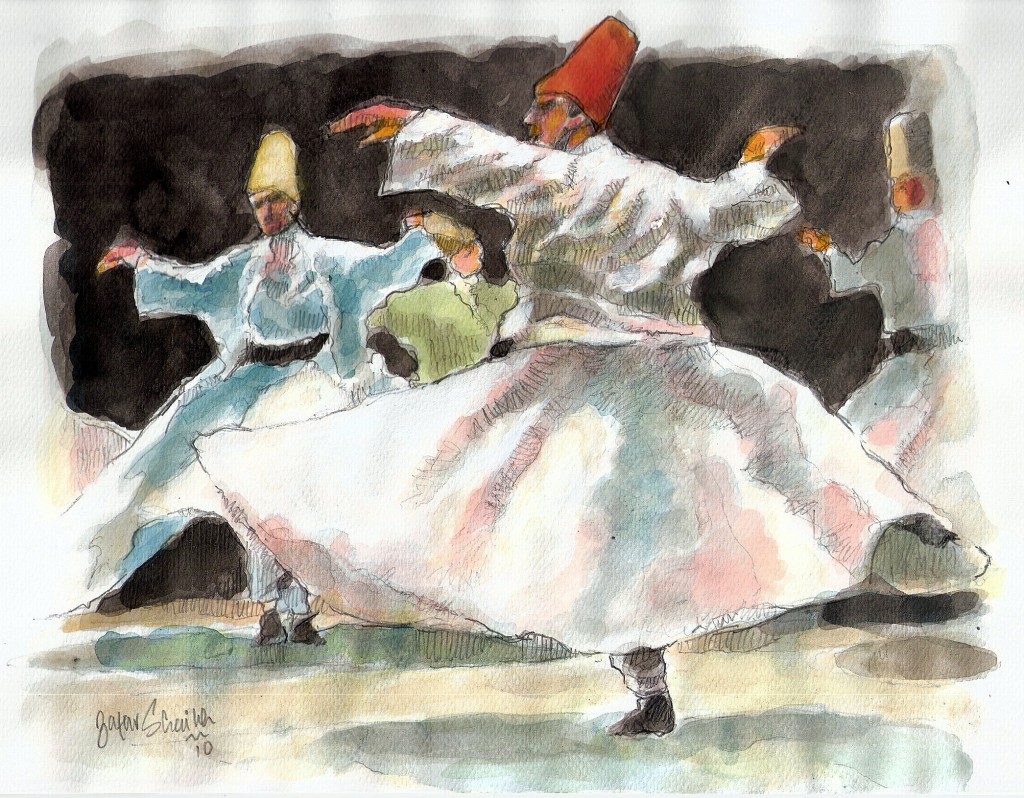 If you, somehow, manage to get a visa to visit Pakistan, don’t let go of it. Clutch it close, for Pakistan has been hailed as the “next big thing.” Right from the breathtaking Karakoram Highway to the century old markets of Quetta to lanes that see many a poetry (sufi) sessions, Pakistan is a traveller’s dream come true. Brush aside any apprehensions that you might have, for it’s quite tourist friendly. 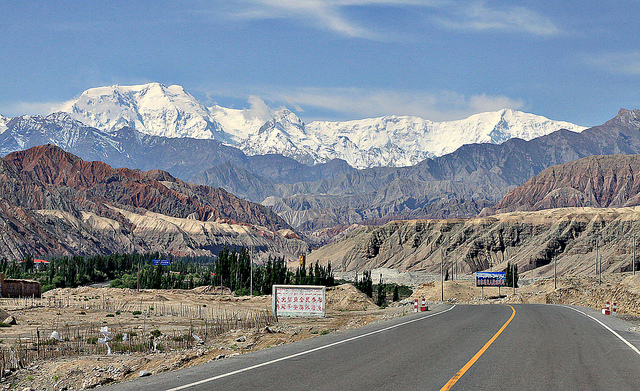 While one reason for that is, of course, the badly marred economy, the people here are one of the most hospitable in the world. Expect generous offers of a cup of tea or more, as people sit lazing around century old dargahs here. Cricket makes for a good topic of discussion in this country and will get you much help in striking off a conversation. Steer clear of anything related to politics and you are good to go.

So, if you have that visa, just pack your bags, put in some music and get ready for a drive down the fall-in-love Karakoram Highway. 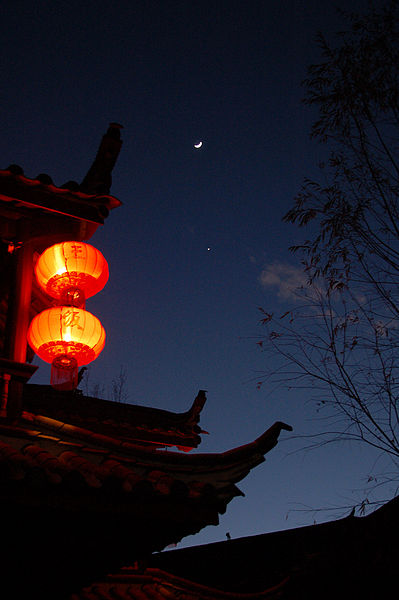 Compared to Pakistan, this country is more generous when it comes to giving a visa to Indian tourists. It sure knows how to separate border issues from business and is, thus, pretty inviting for tourists who want an experience out of a trip. Home to world’s oldest surviving civilisation, China will suitably shock and awe (also awww) you with its charms. Join a group of Tibetan pilgrims, swoon over in delight over one of the world’s most loved cuisines, go camera crazy when you set your eyes on the stretching grasslands of Mongolia, or the delightfully calm rice terraces of Yunnan. And whoever thought that China doesn’t have beaches (!), take a bus ride to the untouched shores of Hainan Island. Do anything you wish from striking that classic touristy pose at the Great Wall or sitting in conversation with the ridiculously old (too old to be true) monks at an ancient monastery.

My only tip for you if you got China on your mind is to set yourself for getting startled. The sidewalks here are 10 feet wide, owing to one hell of a population size. Get startled. 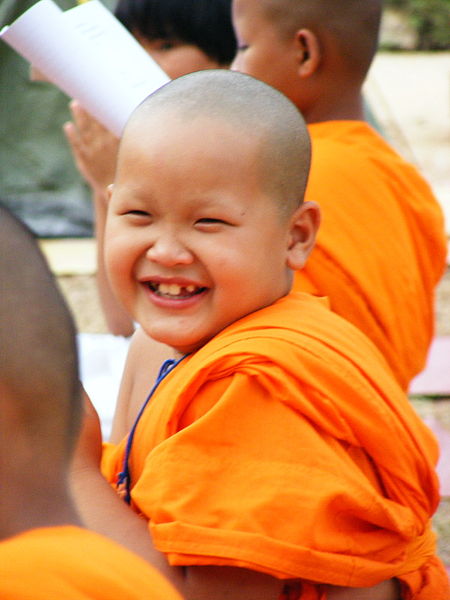 I fell in love with Tibet some 10 years back when I first saw the Brad Pitt starrer Seven Years in Tibet. And ever since then, I haven’t fallen out of its love. While I grew out of the the idea of hanging around with the Dalai Lama (thankfully), I could never forget the landscape. Imagining what it would look like in real is reason enough to plan a trip to Tibet. One of the most closed region to the outside world till at least the late 70s, Tibet is a land of myths and legends and the warmest of people. You’ll learn more than a thing or two about life, as you sit watching the wax idols of Tibetan deities melt into nothingness under the Sun. 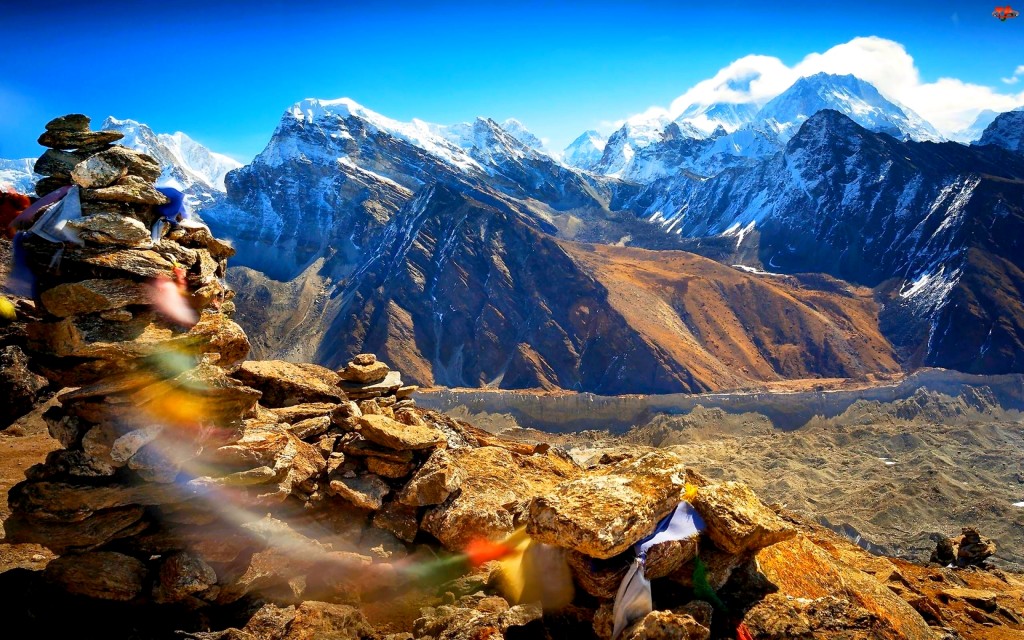 Listen to a flute playing somewhere high in the mountains, thousands of prayer flags fluttering in the clear Himalayan wind, a cup of butter tea sitting at the table and rows of butter lamps flickering in swift motion in some dark room in a monastery’s otherwise dark corners.

Tibet is where you’ll probably find bliss; have a rendezvous with yourself.

So while that sets you off to scribbling down an itinerary for exploring India’s neighbourhood wonders, I’ll go and watch Seven Years in Tibet yet again. It makes for good couch surfing you see. Don’t forget that there’s Bangladesh, Myanamar and Nepal too. Do write back to let us know if there’s something that I missed here, any suggestion, story ideas or anything that has got something to do with the word – travel.

Shikha Gautam loves to play with steering wheels, roads, words, flute and guitar among other things. Not necessarily in that order!