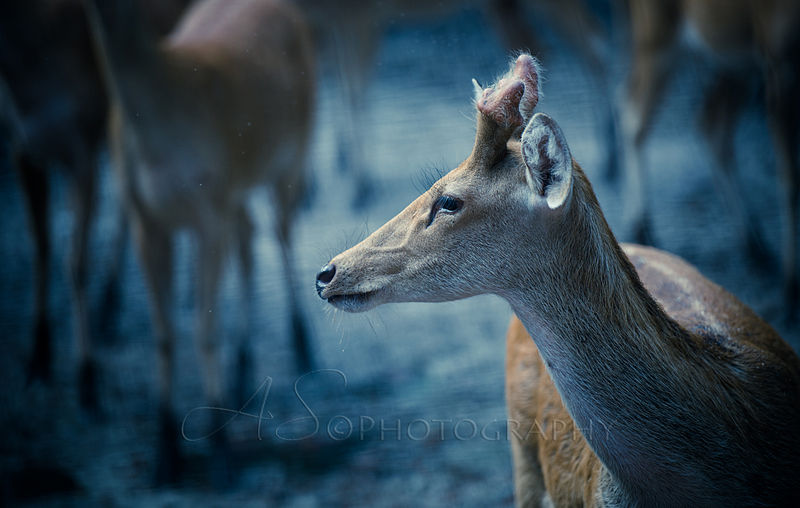 Pavankali winked at me. The wink was definitely out of place, but then elephants are autonomous creatures, persistent in what they think is right for the moment and not unduly excited by something as transient as atmosphere. The wink was out of place because of the atmosphere. We were in the midst of a forest. There were tall old sal trees meditatively reigning all around us, densely clustered in their individual solitude, lost in their own world in which they infrequently allowed a sunbeam or two. The sunbeam would filter through a canopy of tremulous leaves, via the tensile beauty of a spider’s web, and fall on the silent camouflage of a grey-brown insect. These were moments for recognising truths. Pavankali, of course, chose to wink.

She winked because her mahout had just commented in the magical lilt of eastern UP: “Ee toh saamne ser dekhat hee us par daurat hai” (the moment she comes face to face with a tiger, she charges at him), the creases on his face defining the mysterious bond that ties mahouts to their elephants. She winked as a teenage son would to his friend, when his mother exaggerated what seemed like adolescent foibles. She winked because she knew I was on her side. But she didn’t know that at that exact moment I was also irrevocably lost to her. For the magic word had been spoken. After all my secret finger crossing and hoping against hope, I had come across an insider, a mahout who lived in these jungles, who could actually confirm by his casual comment, without even meaning to, that tigers could indeed be seen in Dudhwa National Park.

Now this was April 2005. The country was abuzz with news of the missing tigers of Sariska. Those in the know bemoaned the staged ‘tiger show’ quality of the sightings in national parks. As I went about the business of packing Odomos and a sunhat, I was wise and superior: why are tourists obsessed about seeing tigers as if the whole trip is a waste if you don’t see one? There’s so much more to a forest than seeing a tiger, isn’t it? 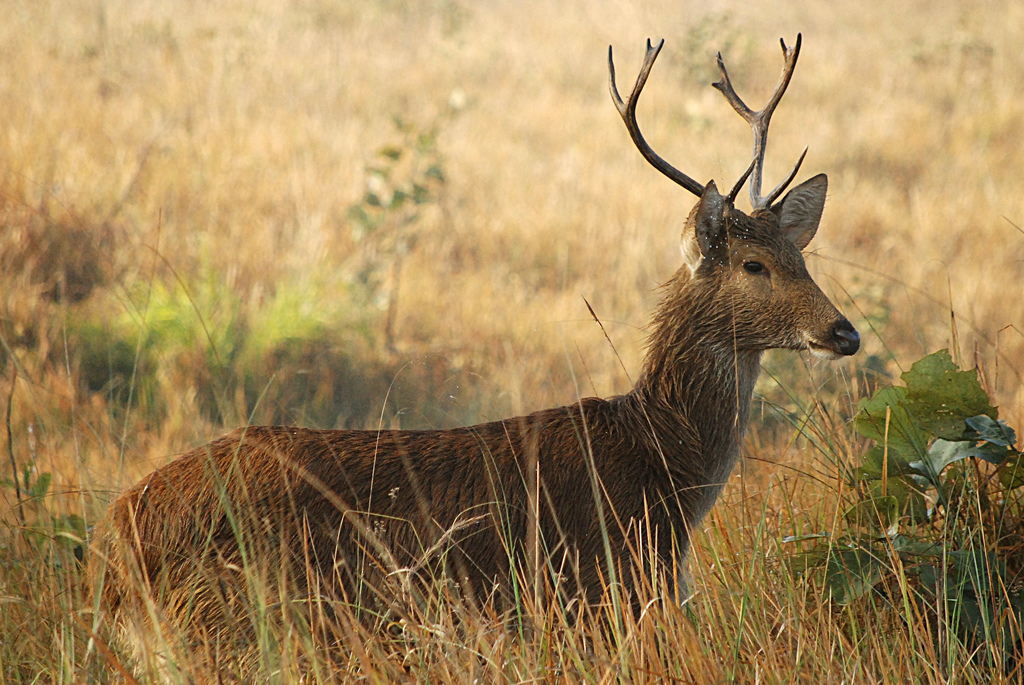 There is. The fact is that the forest manages to lend an electrical charge to the sighting of a caterpillar. I remember ambling away from the forest office on my first day, having been told, no madam, you cannot drive into the forest throughout your visit because there is a tiger census on and the park is closed. I was kicking a blameless pebble, standing on the road at the periphery of the forest, when a couple of cheetal emerged. Cheetal. Spotted deer. Found all over the country, seen in urban parks on morning walks and caged in any self-respecting resort hotel in UP. And yet my heart missed a beat. The moment of emergence from the shadowy trees when a creature is just a creature and not “cheetal” or “tiger” — potentially carnivorous, hooffooted, antlered, slow-moving…; the recognition that there is not the slightest barrier to physical contact between the two of you; the context of sensuous life that the forest produces — sound, smell, chill, absence of familiar things — this is what they all add up to make: a forever remembered  missing heartbeat. That is the magic of the forest. It can make the focusing of binoculars on an eagle exciting, and the discovery that the logs in the Suheli River are well-camouflaged crocodiles a matter of immense joy.

Pavankali was the result of that undisguised blessing called the Tiger Census. Dudhwa National Park has one pucca road running through it and various kuccha but motorable forks that lead deeper into the jungle. The tiger census meant that these forks had been cleaned and the dust smoothened to make about 5 ft long ‘pads’ at regular intervals. As the tiger would step on one, his or her pugmarks, individual and identifiable, would impress themselves for the census takers. Since vehicles would obliterate such pugmarks, the park was closed to tourists, but a journalist from Delhi could proceed on elephants on the forest floor, keeping clear of the pads. And so Pavankali, windbud, she who demonstrated why ancient Indian texts compared the walk of the heroine with that of an elephant, bore us patiently through that increasingly inward forest. Like most forests, Dudhwa is a mix of vegetation types. Pavankali moved through moist deciduous sal forest for an enchanting hour and then waded into the grassland. 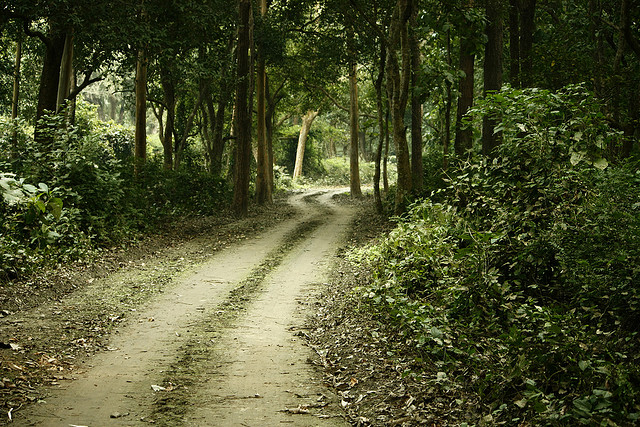 Swinging on her back, we hung on to the wooden legs of the inverted charpai that was our seat. A racquet-tailed drongo posed high on a tree stump. Red-wattled lapwings called out “did-you-do-it” frequently. Eagles defined hypnotic geometries in the air. Cheetal and hog-deer were common. We were passing by a pond, the Bhadraula Taal, at about 6.30 pm in the hope that the nocturnal hunters would stop by for a fill of water before setting out to hunt. But there was nothing but pond herons near the taal and we swung away towards the setting sun.

Now, the forest has the quality of quietitude but it is rarely silent. Leaf-crunching and wind-rustling are perennials, insects can be deafening, and the sheer survival needs of birds and animals make up an aural universe of alarm, mating and baby-calling sounds. Suddenly, the mahout froze. “Cheetal,” he said. Having seen cheetal aplenty that evening, I wasn’t sure why this was so noteworthy. “Cheetal ka alarm call,” he said, pointing to a sound in the distant air, which I, a novice, could not see. It took a moment to sink in. Alarmed cheetal is equal to predator in the vicinity. Predator is equal to tiger. Vicinity is equal to my immediate surroundings. In that moment the world changed. We stopped moving. Was it to not scare away the tiger or was it to not attract him? I expected the mahout to chase the receding cheetal calls, but he reasoned that the deer would be escaping in the opposite direction while the tiger’s trajectory led towards the taal. Accordingly, he turned Pavankali back to the pond. She retraced her steps with no protest, resigned to human foibles. We emerged at the edge of the huge grass on a marshy patch near the taal. There was no sign of a tiger. We stared at the pond for a good minute but, no tiger. Suddenly — and I am sorry but these stories are not possible without a liberal use of “suddenly” — the driver saab sitting at the back of Pavankali made a sound. I looked around. And there was the gorgeous apparition sitting at the edge of the grass, some 30 ft away, clearly thwarted in his desire to reach the water, evidently having looked at us for the full minute we had been looking at the pond.

It was all transparently clear: why poets would coin immortal phrases, why a religious man would fall to his knees in devotion, why a child’s mouth would fall open, why a conservationist would demand a status of symbolic divinity for this — this inscrutable incandescent orange thing with unparalleled focus in his eyes and incomprehensible kinetic energy in his body. As a writer, I am happy to say that words fail me. As an amateur photographer, I am proud that it didn’t even occur to me to pick up my camera. We were simply replete with the sheer tiger-ness of the moment. I wondered what the tiger saw. Three frozen human beings on a grass-happy, occasionally ear-flapping elephant. Pavankali, of course, was at a right angle to the tiger and so not “face to face” with him and therefore, did not charge at him. When the sight of us palled on the tiger, he turned back into the grass and vanished. 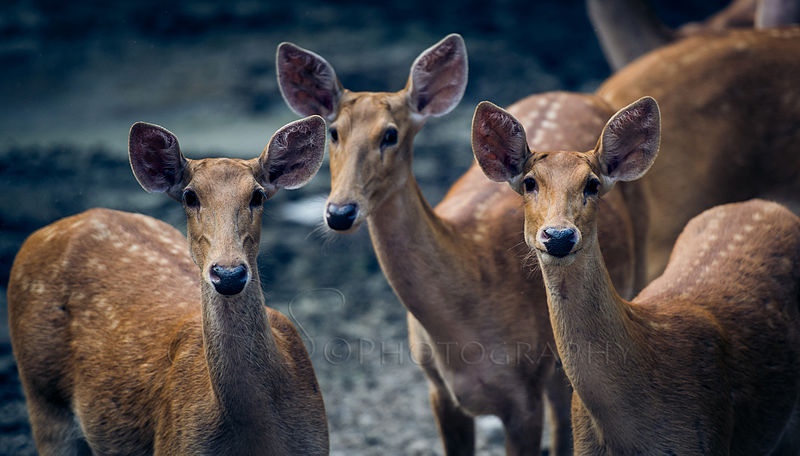 Tigers don’t walk the forest floor at random. They prefer the pagdandis, the mud tracks, maybe because they are creatures of habit, maybe because scrunching leaves on the forest floor would impede stealth hunting. That’s why census pads are made only on these paths and, that’s why our mahout, who seemed to carry knowledge of the area in his blood, confidently pointed and said, “That’s where he’ll emerge.” Pavankali set off again this time at what she clearly thought was a trot. We were not chasing the tiger (which would be bad practice) but, having calculated where he would emerge in the arterial path, we were trying to reach a point on the path ahead of him, so we could see him again without making him feel threatened.

He emerged at the expected spot, saw us ahead on the road and stood assessing possibilities while we gloated some more and drank in the spectacle. When he moved away, there was an orgy of selfcongratulation. We patted the mahout on the back, he felicitated us, Pavankali ambled along with an added spring in her step, when, what else but, suddenly, the driver saab made an announcing-thepresence sound again. We whipped around. There, like a kitten peeping from behind the kitchen door to see if the milk pot is unguarded, was our very own feline, peeping at us from behind a bend in the road, all head and whiskers and huge eyes, suddenly adorable.

We never saw him again. I carried him with me through the rest of the journey, especially the tiger census that the forest staff kindly let us be a part of. The reality of wildlife and forest is borne by these men, who patrol the jungles on cycle or on foot, alone or in pairs, with no means of communication if they come up against a gang of poachers or fall into some trouble, their salaries as little as Rs 2,500-4,000. They beamed with enormous pride as they showed me an empty pad and the pugmarks around it.

It was their affection that had given names such as Bankey (dandy) and Pavitri (the pure one) to a pair of happily messy, mud-splattered one-horned rhinos that I saw another day. Pavankali having basely deserted me, I saw these sitting atop Roopkali, who waded down at a precipitous angle into the swamp in which the happy couple were positively wallowing. The ‘horn’ — a knob of matted hair projecting from their snout — may have evoked images of heavenly unicorns in some but the rhinos actually had the look of something from below the earth. They did not mock-charge us, though Bankey looked like he might try since the elephant looked so inviting. He settled for gazing balefully. Found only in Assam’s Kaziranga forests, heavily poached for the supposed aphrodisiac quality of their horn, the endangered rhinos are a compelling reason to visit Dudhwa even if they are an introduced species here. 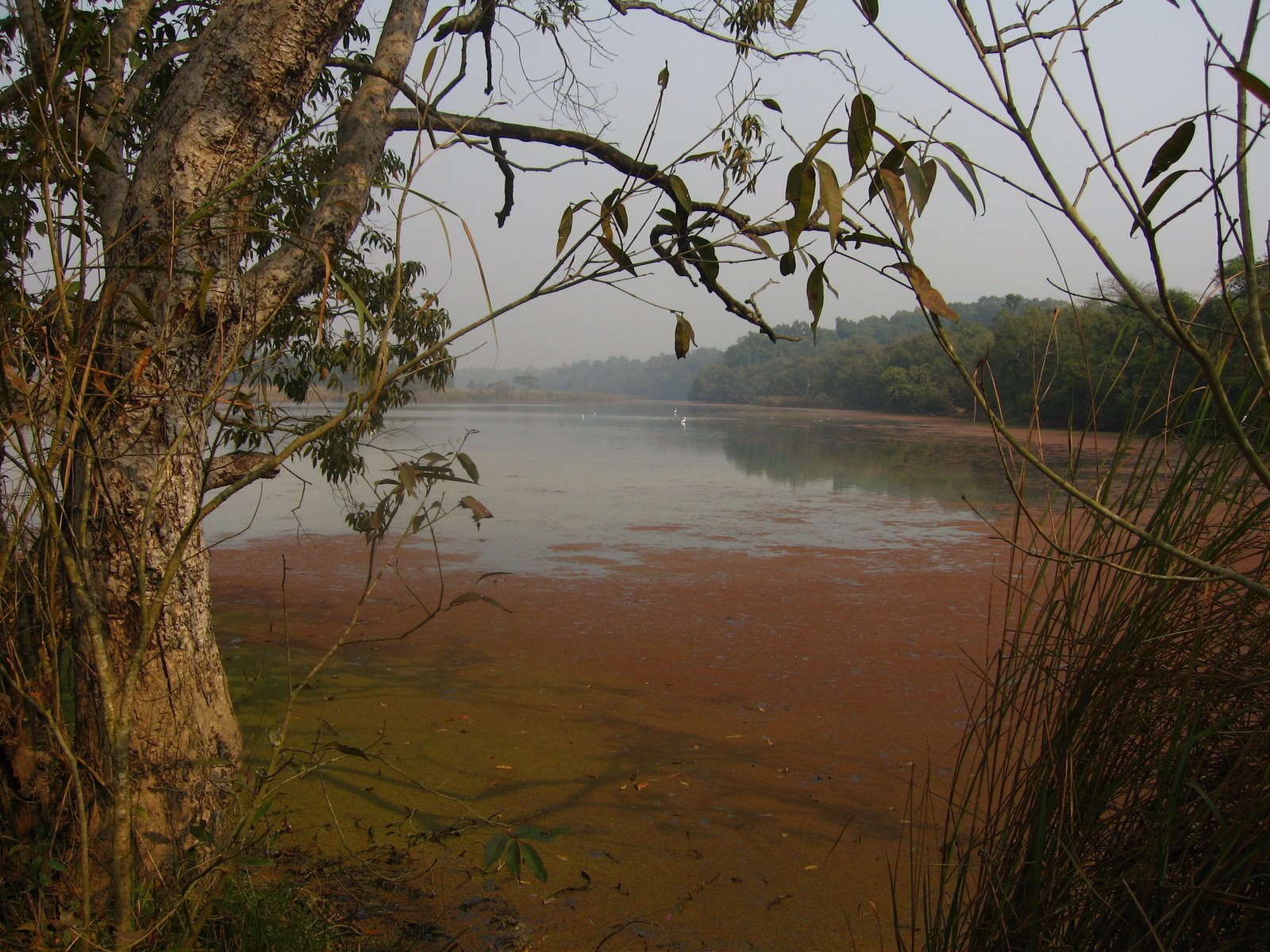 Actually there are more compelling reasons: no hotels, no guides, no cars, no horns-fumes-music, nothing much by way of infrastructure. Just the ecosystem and you, trying to find your place within it, build a relationship with it. As the official pamphlet’s “tips for visitors” says, “We cannot promise you a home away from home experience. Please remember that the jungle is the domain of nature and its wild denizens and we are just visitors to their home.” Amen.

Location: The park lies in Lakhimpur Kheri District in north Uttar Pradesh, with its northern edge running along the Indo-Nepal border Distances 430 km E of Delhi, 201 km NW of Lucknow

When to go: During and after the monsoons, the park is pretty much submerged and the kuccha roads are not motorable. It is therefore open to visitors only from Nov 15 to Jun 15

Go there for Tigers, barasinghas

Juhi Saklani is thinking of something witty to say in this space. This is currently her full time occupation. 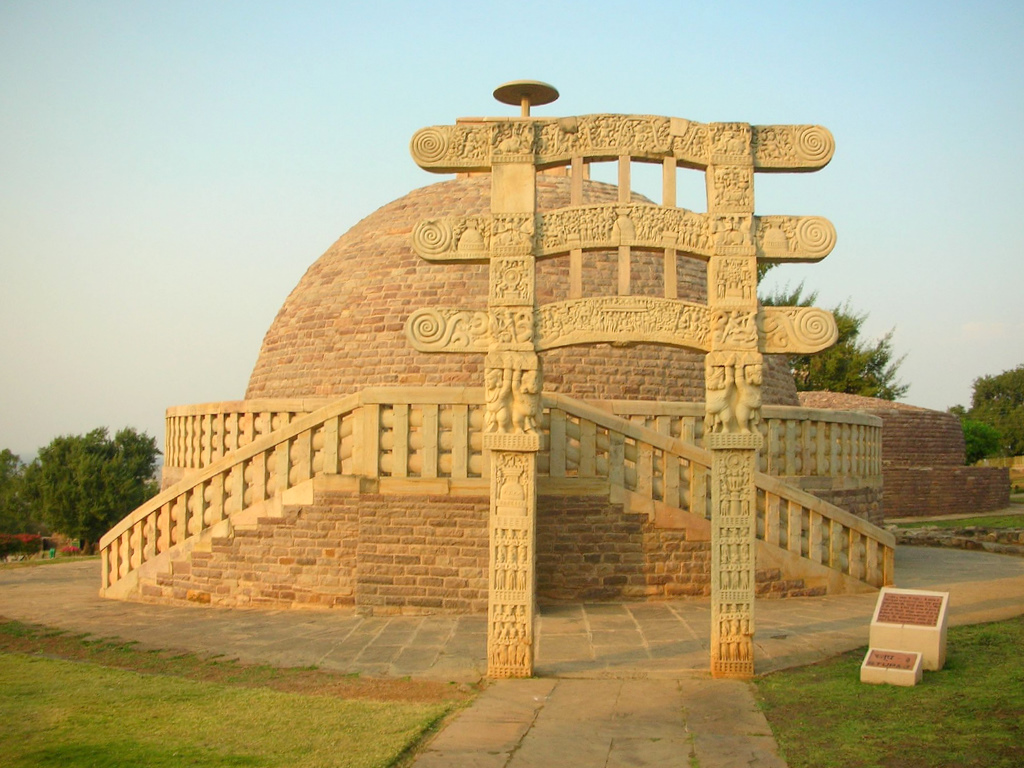 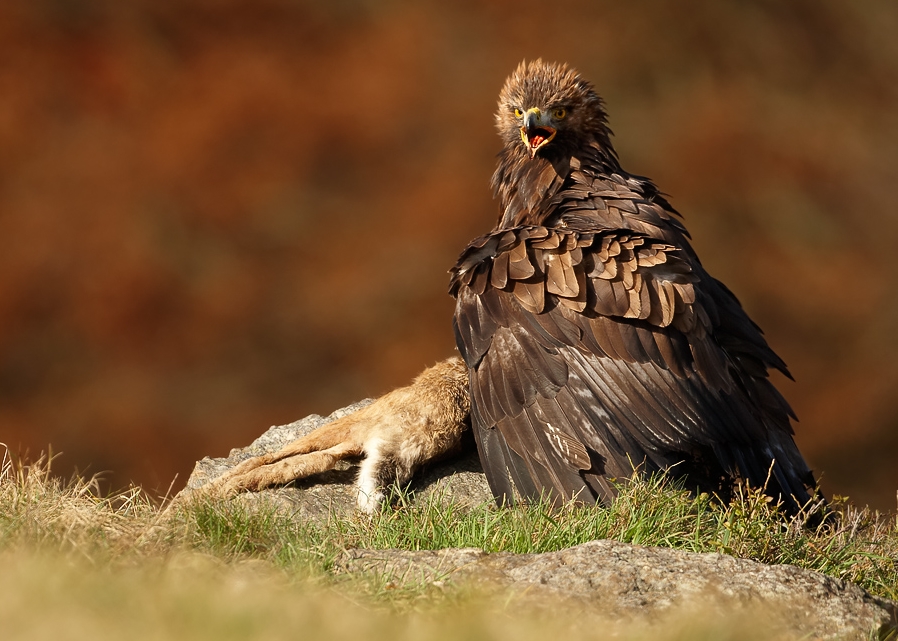