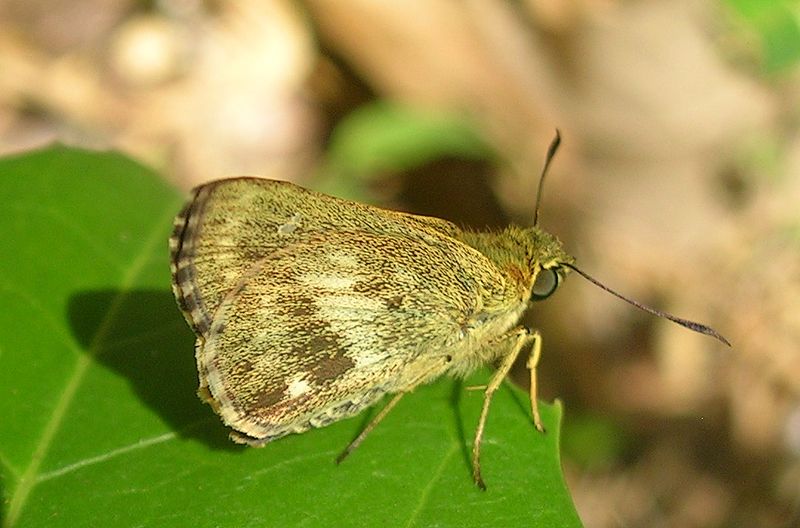 The waterfall is just a little bit further,” the forest guard announced. I was panting with exhaustion, as the trail — largely comfortable till then — had become considerably steeper. I stopped and looked around: a clear stream emerged from a narrow valley and hurried away through moss-laden boulders. In the backdrop of this verdant riverscape rose a series of high hills of the Western Ghats, their tops obscured by dense, rain-bearing clouds. Somewhere up there, still half-a-day’s trek away, was our destination — the Brahmagiri Peak.

We continued trekking, and as we turned a bend, a deafening roar took me by surprise. Before I could even absorb the first glimpse of the magnificent Irpu Falls, I was drenched in spray. As I was wiping my spectacles, a flash of brilliant emerald caught my eye. On the moist patch of moss at my feet sat a splendid, ethereal blue-green butterfly, shimmering with a metallic lustre. It was indeed the most beautiful butterfly I had ever seen. I discovered later that it was the Malabar banded peacock, a prized species endemic to the Western Ghats. 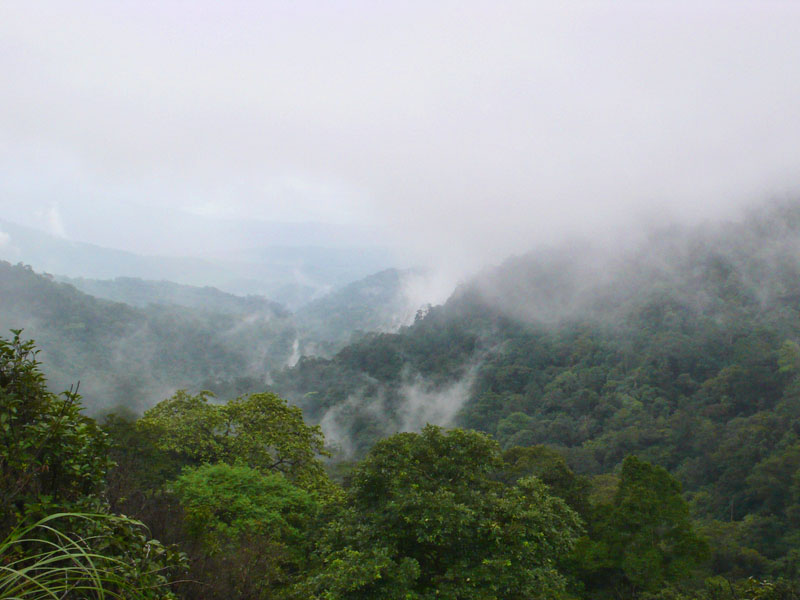 We were trekking in the monsoons, perhaps an uncomfortable time to be up and about, but as our guide impressed upon us, the waterfall’s beauty was best enjoyed in the rains. In any case, the Western Ghats are undeniably charming in the monsoons. Heavy clouds moodily hang over the valleys, dissipating into frequent showers. Mere streams turn into violent torrents and crash down the hills in a churning medley of foam and spray.

This abundant rainfall is considered to be one of the main reasons why an exceptional variety of life is found in the Western Ghats, and this biodiversity was something that I could appreciate during the ascent towards Brahmagiri Peak. The butterfly was a good omen. Would I be lucky enough to spot more rare species? It really didn’t matter, for the landscape in itself made my trip worthwhile. The guard warned us of leeches, as he picked a piece of polythene littering the ground. Stashing it into his pocket, he said, “Most people prefer the dry season for trekking. There are too many leeches in the rains.” His warning came a tad too late — at that very moment, I noticed the telltale trickle of blood running between my toes. Leeches can’t be avoided in the Western Ghats, but one can find comfort in the fact that their bites don’t hurt. 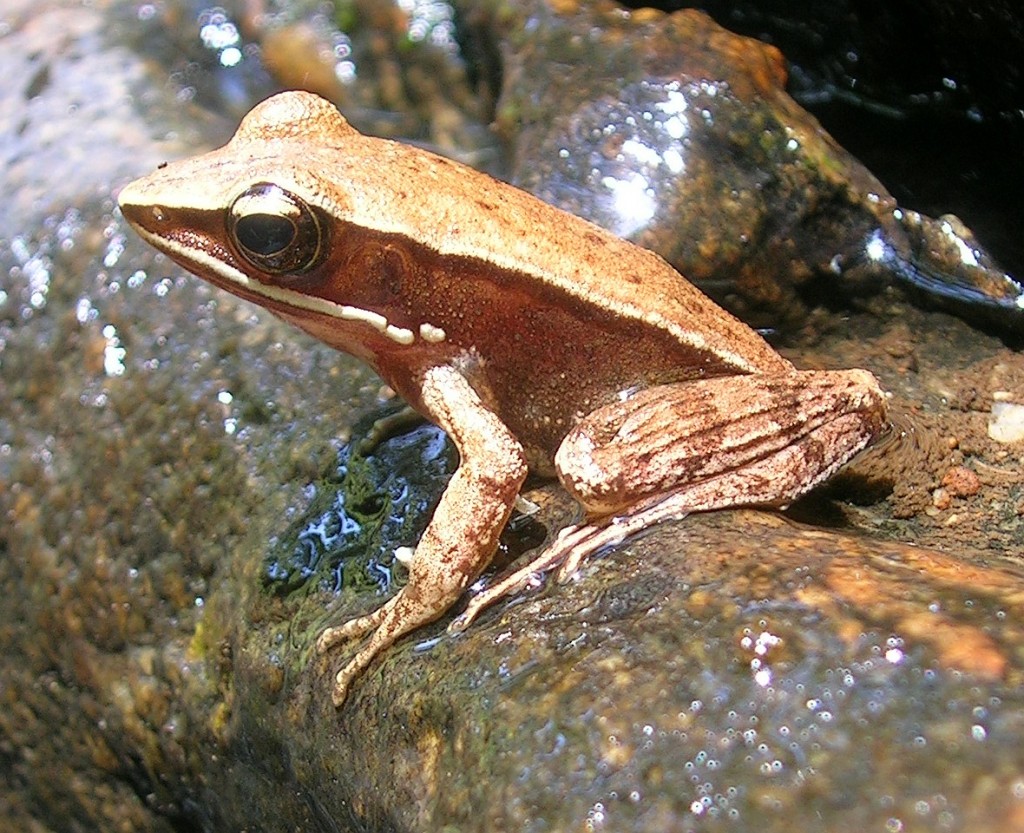 As we passed through one of the shola forests on the hills, the trail under our feet almost disappeared in the undergrowth. These forests occur in a mosaic of rainforest patches interspersed with rolling grasslands, and the juxtaposition of woods and grass lends a captivating beauty to the landscape. The gnarled tree trunks around us were thick with a layer of moss and lichens, among which orchids grew. The darkness resounded with a chorus of cicadas and cricket-like calls of tree frogs. In the canopy above me, a hill myna shrieked and I tried in vain to get a glimpse of the bird. It is true what everyone says — one can hear the sound of life in the shola forest, but it’s difficult to see its source.

Without warning, the rain started coming down. Huge drops fell hard on the leaves with a loud patter that mimicked a waterfall. The guard took out his umbrella while I pompously pulled up the hood of my waterproof raincoat. After a mere 10 minutes, my pride shattered, I was taking refuge under his umbrella — my raincoat had been grossly ineffective in warding off the rain.

And then, above the din of the waterfall and the rush of rain, we heard a lilting whistle that had an amazingly human-like quality. Behind a curtain of ferns on a rock was a blue bird with iridescent patches on its shoulders, giving a live performance. It was the unmistakable Malabar whistling thrush, aptly known as the ‘whistling schoolboy’. Another endemic species to add to my list. The trek to Brahmagiri Wildlife Sanctuary was full of such moments — the beauty of nature unfolding around us, embellished by the freshness and green-ness of rain. Some people have spotted elephants and leopards on this trek! The ‘schoolboy’ I saw was far smaller in size, but for me, the sighting was no less exciting. 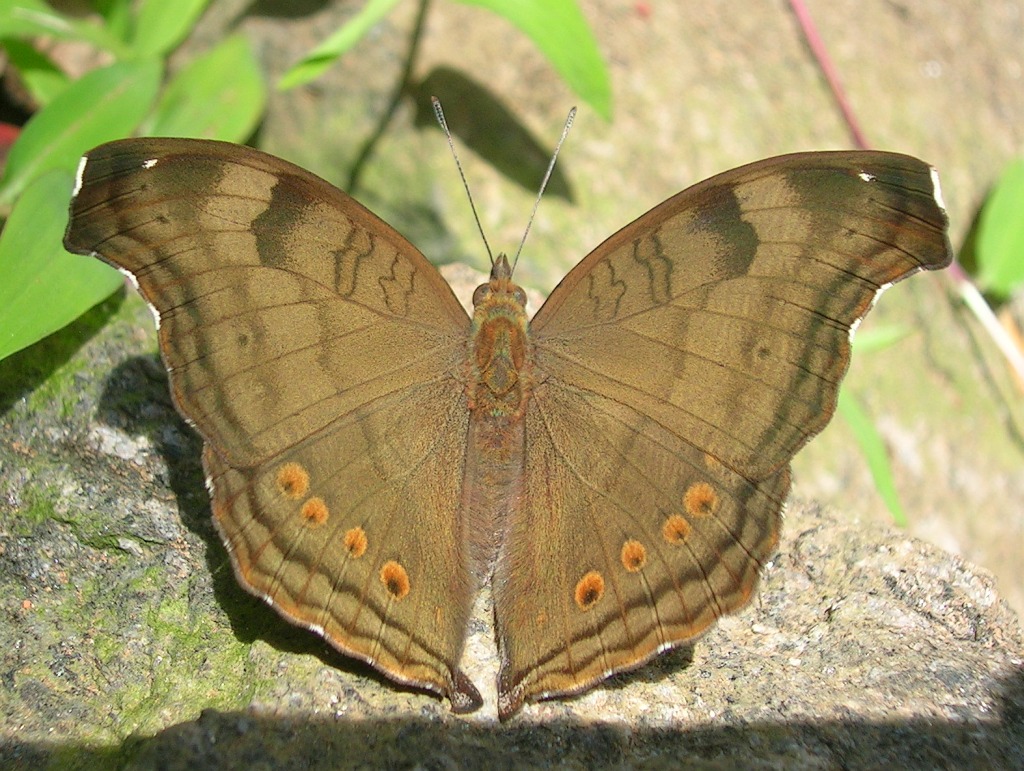 That nature’s bounty is on full display here is clear from the fact that Kodagu District, where the Brahmagiri Wildlife Sanctuary is located, accounts for nearly 40 per cent of the floral diversity of the entire state of Karnataka. Apart from Brahmagiri, the district has two more sanctuaries: Pushpagiri and Talacauvery. To access all three sanctuaries, I chose Madikeri (Mercara), the administrative centre of Kodagu, as my base. Indeed, for most travellers, it is the most convenient option.

I visited Talacauvery next and the forest ranger there pointed out the mountain that separated Kerala from Karnataka. The curtain of clouds had momentarily parted to reveal range after range of shola-covered hills. The valley that we were looking down into was the birthplace of the Cauvery, perhaps the most important spiritual icon of peninsular India. But our jeep could go no further. A fallen tree blocked the track, forcing us to return. The unpaved forest road had been full of promise, especially as we had spotted leopard pugmarks. We, however, managed to see giant squirrels and wild boar.

I travelled to Nisargadhama afterwards, an environment park developed by the Forest Department on an island in the middle of the Cauvery River. Its location, and the boat rides on the river offered from here, can only be called blissful. As I headed back to Madikeri, I thought of my visit to the lovely forest. The road meandered through an undulating terrain, and a single colour — green — dominated the landscape. Indeed, it is an abiding memory of this cloak of green that all visitors will take home from Kodagu.

Location: Near the Karnataka-Kerala border in Kodagu District, the coffee capital of India, in the Western Ghats Distances 250 km SW of Bengaluru, 110 km W of Mysore, 65 km from Madikeri

When to go: Oct to Mar is a good season for trekking (best from Nov to Jan). The weather is fairly clear and the panoramas are most striking during this period. However, in order to see waterfalls in their glorious best, a visit in Jul-Aug is recommended

Raman Kumar is a Dehra Dun-based ecologist  He has been associated with the Wildlife Institute of India and Forest Research Institute, Dehra Dun.