Just as in the pages of a book, every bend in a road can reveal new turns and twists, or sometimes a new story. It was with this firm belief that I set out on the drive from Mumbai to Goa with a friend, and I was not wrong. I also realised in the course of this trip that sometimes the journey can be as exciting as the destination itself, even if that destination is one that’s as exalted and popular as Goa.

The Mumbai-to-Goa road journey is perfect for several reasons. The roads are mostly smooth, and the vistas lovely. The road itself seems to have been laid in the midst of a carpet of green, and an occasional waterfall adds to the dreamy atmosphere. And it’s played the leading role in many Bollywood flicks. We took off in a Qualis as we were travelling in the monsoons, when ghat roads are particularly difficult. Leaving early, we stopped at a fast food outlet at Panvel for breakfast, and got onto the Panvel Bypass stretch, which makes for a pleasant drive. It started raining around that time, but it wasn’t one of those torrential downpours that Mumbai has now become infamous for, and the drops on the windshield only managed to add a touch of gloss to the scenery outside.

We stopped at the Karnala Bird Sanctuary about 20 km ahead, and visited the fort there. Though it’s a popular destination with trekkers, for some reason, it was empty that day. There weren’t even any birds to be seen. We drove on from there to Chiplun, where we decided to halt for the night. On this drive, our plan was not to zip from Mumbai to Goa as many people do, but to stop at places en route, and take detours to the beautiful destinations lining the Konkan Coast. If you have the time, you would do well to do the same, as this region offers some of the most unspoilt beaches in this part of the world, and not to forget, lovely food. 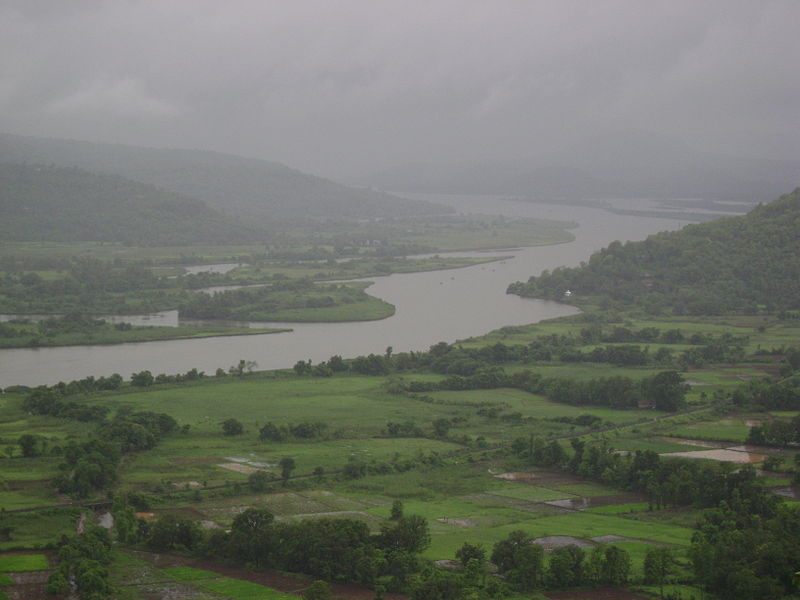 The next day, we got back on the road after a scrumptious breakfast, and by early evening, had taken the detour off NH17 at Hathkhamba to Ratnagiri. We visited its beaches with black and white sand, looked longingly at the mango trees that give Mumbaikars their favourite mangoes, and the next day, headed onto Malvan. The road to Malvan, off NH17 from Kasal, was quite bumpy, and we encountered several sharp turns. After exploring this charming town, we drove onto Vengurla, taking a shortcut that my friend recommended.

The road was muddy and uneven at first, and so narrow that only one car could pass at a time, but within 20m, it smoothened out into a tar road. This route was deserted and that worked out well for us as we reached Vengurla in under 2 hrs. It was night by then and we wanted to stop at Vengurla, but as it turned out, there was no electricity anywhere. We waited in darkness for about 45 mins and then decided that it would be smarter to drive on to Goa instead of looking around for a hotel in Vengurla (yes, us adventurous souls had travelled without making the hotel bookings). The drive from Vengurla to Goa was a pleasant one though the lack of streetlights posed a few problems. Just ahead of Sawantwadi, we were stuck in traffic for about half an hour, thanks to the large number of trucks and private buses on this stretch. We reached Calangute at about 10 pm, found a hotel and called it a night. We spent two leisurely days in Goa, exploring not just the beaches, but also the state capital Panjim. As we headed back reluctantly to Mumbai, we planned a stopover at Vengurla to see what we had missed out on during the onward journey. It was a good thing we did – here we visited the Sagareshwar Beach that had powdery white sand, pristine water, and most importantly, it was absolutely empty. Just what you need after the tourist haven of Goa.

As we made our way back to Mumbai, I thought of what scholar-philosopher Martin Buber said: “All journeys have secret destinations of which the traveller is unaware.” I’d been to Goa several times before, but during this journey, I discovered so much more.

You should start from Mumbai early morning, not just to beat traffic, but also so that you can enjoy the beautiful scenery across the Western Ghats in the day. Be warned that the mountain roads are steep and there are several sharp turns and curves. Most of the highway (NH17, on which this drive takes place) is pretty smooth and well maintained, but small patches in between can be dangerous. You’ll encounter the most traffic near small towns. 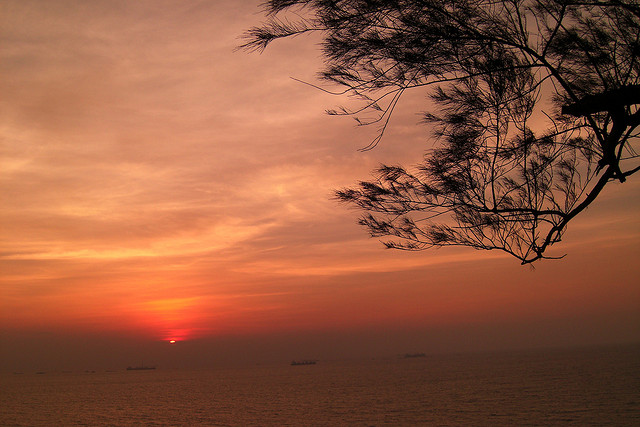 Drive slowly when passing through the ghats as the road runs parallel to deep valleys. At one time, two vehicles can pass safely, but avoid double overtaking as a lot of heavy vehicles are to be always found on the highway. Especially avoid overtaking on the curves when passing through the ghats. Keep to the extreme left as big trailers take wide turns, occupying most of the area on the road, almost forcing other vehicles off it. None of the roads have streetlights. If you’re going to be driving at night, make sure the headlights are in a proper condition. Carry battery operated lamps or torches as these can prove useful.

Most stopovers on this route are either on or slightly off NH17, but the roads are motorable, and the availability of petrol pumps and puncture shops makes the drive easier. Try and fill fuel at bigger towns such as Ratnagiri, as the quality of fuel may deteriorate in smaller places. Most petrol pumps have facilities for checking tyre pressure, restrooms and STD/ ISD booths; some might also have a shop for provisions. This route has numerous tea stalls, dhabas and stores selling various provisions. All restrooms on this trip are to be found only in good restaurants and hotels in major towns. Ruchika Vyas tried her hand at a corporate job but realised she didn’t fit in. She was drawn to writing and one fine day decided to transform it into a career.