Pout, camera, selfie! If you are thinking it’s that easy, you might just want to reconsider your thought. This is because, next time you plan to take a “daredevil selfie” in front of an approaching train, there are chances of you landing in jail besides being careful of the locomotive running your way.

The Government Railway Police or GRP has directed officials to book individuals taking a selfie for attempt to create a nuisance or commit suicide. The order has been confirmed by GRP Agra division station officers, as taking a selfie right near a speeding train is liable to endanger not only a person’s life but many others. This may even lead to putting them behind bars for a year.

“The government rail police (GRP) and RPF will be instructed to book individuals taking selfies near a train on the platform, at the compartment exits or on railway tracks. This activity is liable to endanger not only their lives but also that of others,” said a railway ministry official.

According to an RPF officer, “Clicking selfies on railway tracks is clearly an attempt to commit suicide. They will be booked accordingly. They may even be jailed for endangering their lives and that of others”.

As told by a station officer, people taking selfies near the railway track or against a speeding train will be booked under IPC Section 145 (causing nuisance) or Section 307 (attempt to commit suicide) of the Railways Act if caught.

The direction came following the recent incidents that caused deaths of several people taking selfie close to the railway track.

In a recent case, three youths and a 45-year old man were killed while taking selfies near the railway track.

On January 10, 2016, three girls swept away into the Arabian Sea while they were taking a selfie in Bandstand. The man who jumped to save them died too.

In Jan 2015, another incident took place, where three students between 20 to 22 years of age died while taking a selfie close to the hurtling train. They were on their way to see Taj Mahal and has parked their car at an unmanned railway crossing to take the “daredevil selfie”.

About half of 27 selfie deaths around the world have occurred in India as per a report in the Washington Post.

As per the proposal In case you are seen playing cards on the railway platforms or inside the train coaches, you will be booked under section 145 of the Railway Act which deals with drunkenness, causing nuisance and troubling fellow passengers. 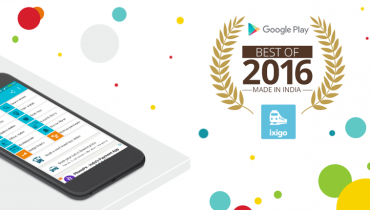