At times, a context adds to the existence of an entity in more measures than one. Wieliczka Salt Mines in Poland is one such case. As Christopher Columbus sailed the vast oceans in search of a passage to India and Joan of Arc fought to defend France, rock salt was being excavated in Wieliczka. Copernicus has been here. So has Chopin. And there is a good reason why it continues to intrigue tourists till date.

Salt mining continued here uninterruptedly since the 13th century till a few years back. In fact, as a symbolic gesture, a small quantity of salt is still mined. 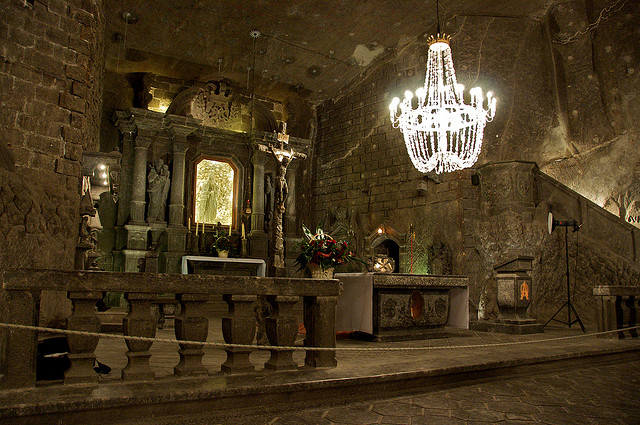 It is not just an ancient industrial establishment; but also a patron of art. At 327 m below ground level lies a complete city chiselled in salt — an experience of a lifetime. The scale of excavation spreads over corridors, galleries, chambers and underground lakes, totalling more than 200 km in length. All the historic stages of development in mining techniques from the 13th to 20th century are on display here. The mine is on the UNESCO World List of Natural and Cultural Heritage, and has the largest collection of original tools and mining equipment illustrating the development of mining technology from the Middle Ages to modern times, according to UNESCO. The miners were also sculptors in their own right. To make their workplace beautiful, they carved numerous statues and even chapels from salt where they attended mass every morning.

Saint Kinga’s Chapel is the most impressive and opulent of all here. A place of worship since 1896, its walls, floors and even chandeliers are carved in salt by minor sculptors. The walls are adorned with sculptures depicting scenes from the New Testament. The figures of Christ Crucified and two kneeling monks as well as a relief depicting The Last Supper are awe-inspiring. The chapel chancel is ornamented both by early 20th-century and recent-day sculptures. One of the oldest elements of the décor is the main altar consisting of three parts. Saint Kinga’s figure surrounded by salt crystals is placed in the middle. It is flanked by the statues of Saint Joseph and Saint Clement in the side panels.

On exiting the chapel, there’s the world’s only monument of the Polish pope, John Paul II, carved in salt. It was made in 1999 as a token of thanks for canonising the Blessed Kinga. 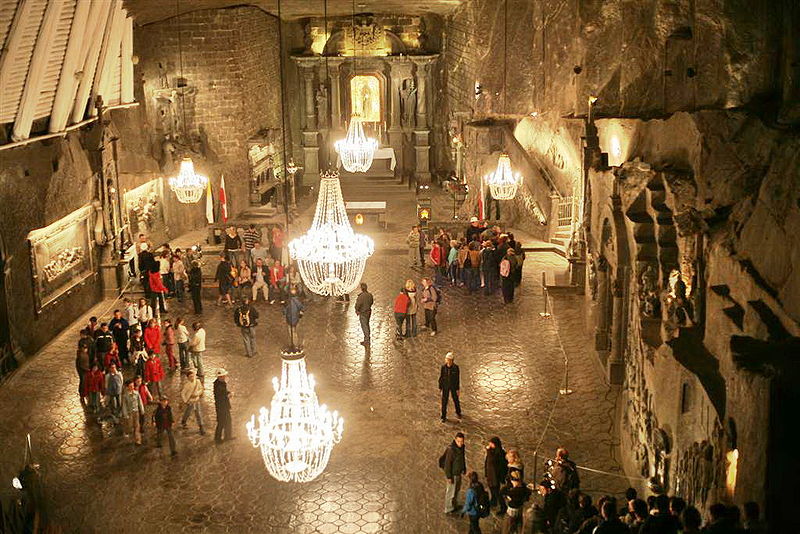 The Saint John Chapel is yet another piece of art. The polychrome barrel-vault ceiling of the chapel holds an altar with crucifix set against a multi-coloured panorama of Jerusalem. A painting of the Holy Trinity adorns the ceiling. It is here that the most precious object in the chapel, an 18th-century figure of Christ Crucified, is found. There is even a ballroom and a concert hall in the mine. The unique acoustics of the place make listening music here an exceptional experience. Classical music concerts are held here regularly, so check the calendar in advance and buy yourself a ticket to one of the concerts. There’s even a sanatorium situated 135 m deep, for those suffering from asthma and allergies. Patients come here for treatment and leave each day.

There are two routes that one can opt for: The tourist route that consists of 20 historic chambers linked by two kilometres of galleries. It takes around two hours to complete this one. The second route, that takes three hours, also covers the underground exhibition of the Krakow Salt Museum on the third level of the Mine. The temperature in the mine is maintained between 14-16ºC and makes for a pleasant sight-seeing experience. There is provision for special tours for the physically challenged as well. A three-hour trek is sure to build up a good appetite and what better opportunity to savour traditional Polish delicacies flavoured with Wieliczka salt, than at a restaurant — Miners’ Tavern — in the mine itself. There are even a few souvenir shops next to the restaurant. Take your pick from lamps, candelabras and necklaces carved out of rock salt. A souvenir may not be necessary though; the Mine makes for memories for a lifetime. 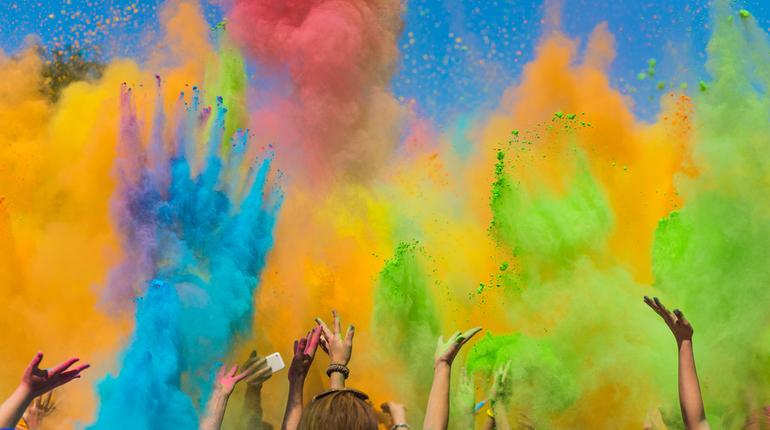 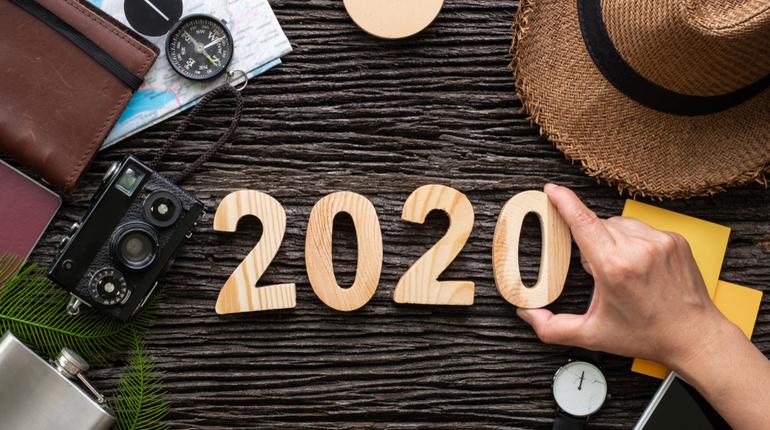