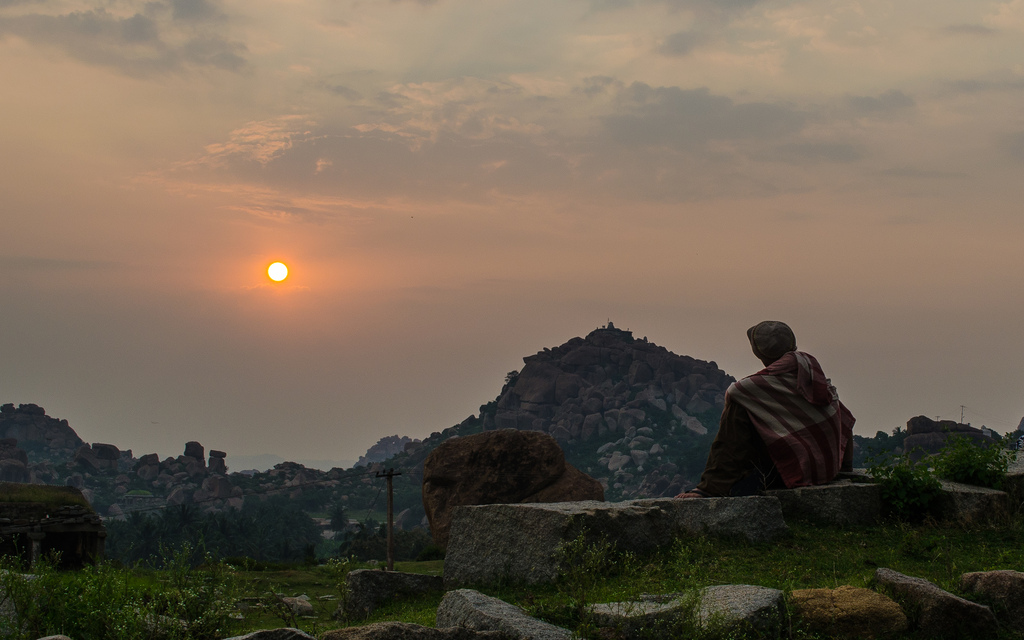 It is with great reluctance that you’ll say goodbye to the hedonistic charms of Goa with its glorious beaches and delightful array of watersports, restaurants and luxurious resorts. But the perfect foil to all these pleasures is an enriching cultural tour of the Hampi’s UNESCO Heritage expanses in nearby Karnataka. From the piquant delights of Portuguese Goa at Panjim the drive transports you to the stunning remains of the ancient India’s Vijayanagara Empire. The ancient remains of the place have architectural wonders which can keep the traveller keep going back in time and wonder the kind of dedication in work that prevailed in those times.

Panjim: The bridge over the Mandovi in Panjim is particularly jam-packed, seemingly reluctant to let you go… But go you must — airport-wise, from whence you slip onto NH4 and shift on to the bypass NH4A, speeding past the intersection to Ponda and on to the checkpost for the Mollem Bhagwan Mahaveer National Park. The park itself is a alluring haven of celebrated verdure and rich flora and fauna, but onward you must press through dense forestlands, climbing steeply, but remembering to avoid rushing to clear each the dicey curve carefully a along the way, into the borderlands of Karnataka. This is the time to stop and make the most of your photography skills, as the awesome views of the National Park (on this stretch of the drive) hold you in their thrall.

Dharwad: Make sure you have no booze to declare at the Ramnagar police chowki, as the Karnataka cops are pretty enthusiastic about their jobs. You’ll be heading downhill now to Londa and straight on to Dharwad. Left goes to Belgaum and right to Karwar (another diverting holiday spot) at this intersection. Do check the condition of the state highway for Dharwad…you might need to take a bit of a diversion (heading Belgaum –wise). Cruise along to Kittur Village via Yellapur and then remember to stay on NH4 again. Pretty scenery accompanies the highway for a bit and fades away till the left turn off from NH4 to Dharwad town. 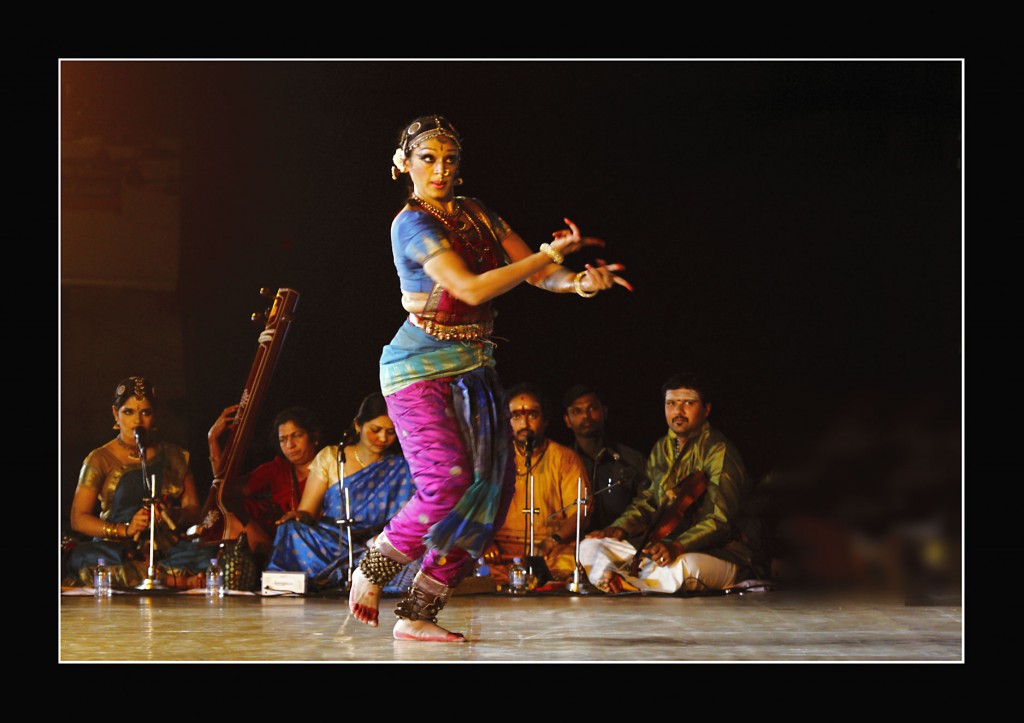 Dharwad is legend for its classic Hindustani music. This quiet little town has gifted to India some of the country’s top luminaries in the performing arts — Gangubhai Hangal, Bhimsen Joshi and Mallikarjun Masur. Take the PB Road which takes you out of Dharwad on to Hubli. At Hubli look out for signage to Gadag. You’ll be switching on to NH63 (Gadag Road). Look for the right turn for Hampi to get to Gadag Town. Keep heading straight here for Hampi, past Lakundi village and Koppal. Continue down NH63 for Hampi till you see the bridge on the Tunghabhadra River. Take a short break… Get some nice shots of the river and the dam, before taking the left turnoff at the circle (which takes you straight to Bangalore) and onto the rumblers which bring you shakily to Hospet. Avoid night driving between Hospet and Hampi… not very ‘hospetable’.

Hampi:  Vanquished and ruthlessly destroyed in 1565, after the battle of Talikota, by the Islamic invaders from the Deccan, the great capital of the Hindu kings of the Vijayanagara Empire, Hampi, located in the Bellary district of Karnataka state, can be pretty aweinspiring with the drama of its ancient boulder-ridden, red-earth expanses (spread over 25 sq km), along which are scattered the remnants of one of ancient India’s great empires. Said to be larger than Rome at the time, this now-barren, wind-swept, boulder-strewn site houses over 500 protected monuments, located south-east of Hampi bazaar and north-west of Kamalapura village two kilometres away, in various stages of ruin. 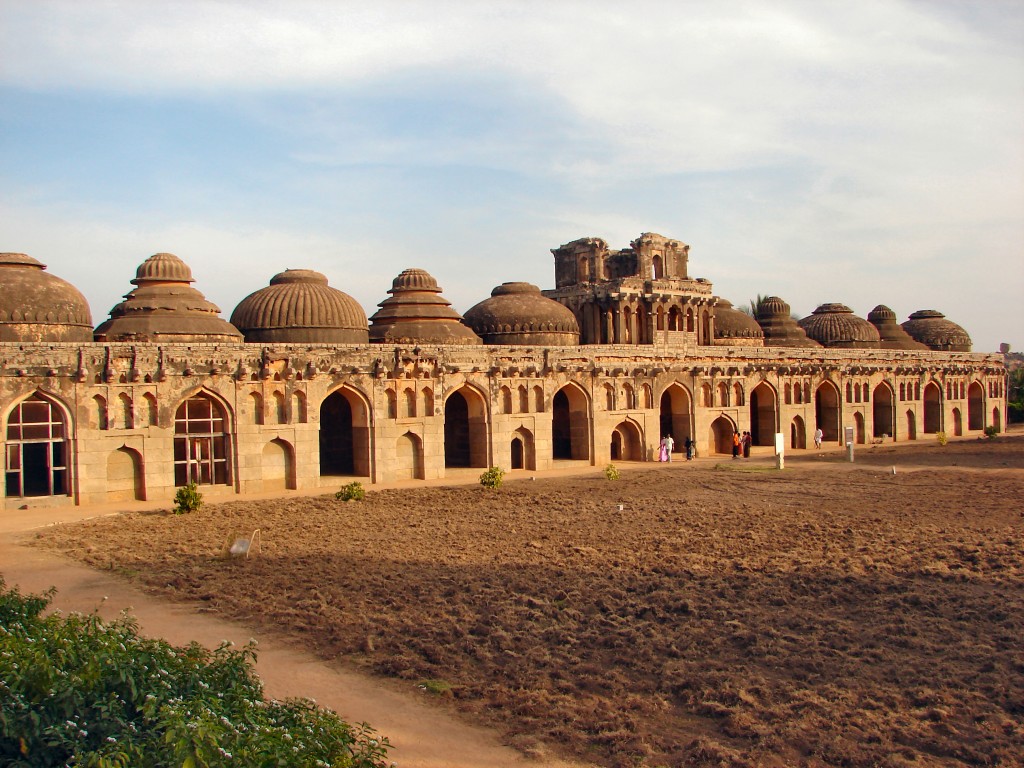 There are temples to be explored and elephant stables, ruined places and royal baths, treasury buildings and royal pavillions, bazaar streets and exquisitely carved vahans of the deities… The structures around this fabulous archeological site spread over an area of nearly 26 sq km, were built between AD 1336-1570, from the times of Harihara-I to Sadasiva Raya. Many of the royal buildings here were the contribution of that great visionary and accomplished king Krishnadeva Raya (AD 1509-30), the greatest ruler of the dynasty. The Vijaynagara kings were a radical force to be reckoned with in the southern enclaves of the Deccan Plateau. And under their patronage the resurgence (on an unprecedented scale) of Hindu arts and architecture.

Krishnaraya expanded his borders by leaps and bounds, gobbling up almost the entire present-day states of Karnataka, Andhra Pradesh and Maharashtra. Historians speak of his rule as the Golden Age of the Vijaynagar Empire. The lavish temples, palaces and pavillions (many in an advanced state of decay) in this ancient capital still speak mightily of their majestic persona. References to the power and great wealth, along with information about the life and times of the Vijaynagara kings is amply recorded in the travelogues of several medieval European travellers’ who visited these parts at the time — amongst them Niccola Da Conti, Domingo Paes and Fernnao Nunes. A UNESCO World Heritage Site, Hampi, traditionally known as Pampakshetra of Kishkindha the former capital of the Vijayanagara kings, demands its visitors an untrammeled engagement with its splendid offerings. 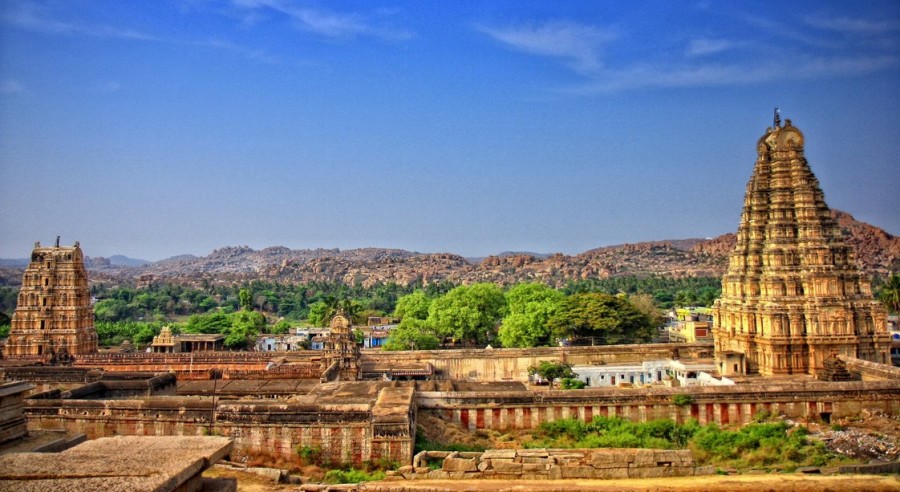 The rich atmospherics of these ancient ruins, sited by the racing waters of the Tunghabhadra, is beautifully heightened by the stark landscape lavishly marked by huge boulders and hills made of boulders. The gateway to the site is an impressive forerunner to what’s in store within the archeological site. It is not unusual to come upon a cow, complacently chewing the cud, as you stand awestruck next to it at the fantastic interiors of the Virupasha Temple interiors. As you work your way from one incredible site to the next, you can only marvel at the astonishing visions of the creators — and the daunting logistics of putting that amazing vision of these architectural giants in place on ground. All around you the lofty and graceful gopurams seem to rival the sheer magnificence and might of the colossal boulders scattered around.

The Vitthala Temple is dedicated to Lord Vishnu (Vitthala) which is remarkable for its architecture and superb carvings. Star attractions of the Sacred Centre are the Vitthala Temple; Virabhadara Swami Temple; monolithic Lakshmi Narsimha carved from a single rock; the Shiva Temple; Virupaksha Temple dedicated to the goddess Pampa and a living temple; Nandi with three heads. If you want to get a dekko at the traditional Vijayanagara-style of temple building you need to just explore the amazing Vitthala Temple. Sadly the glorious mahamandapa of the Vitthala Temple is showing distressing signs of age and each year the authorities need to give it more additional support. You may not see the wheels of the mighty stone chariot at the Vitthala Temple revolving, but given its age it might not be such a good idea to experiment. Despite their massive structures, the Lakshmi, Narsimha and Ganesha statues are the subject of both beauty and incredible grace. 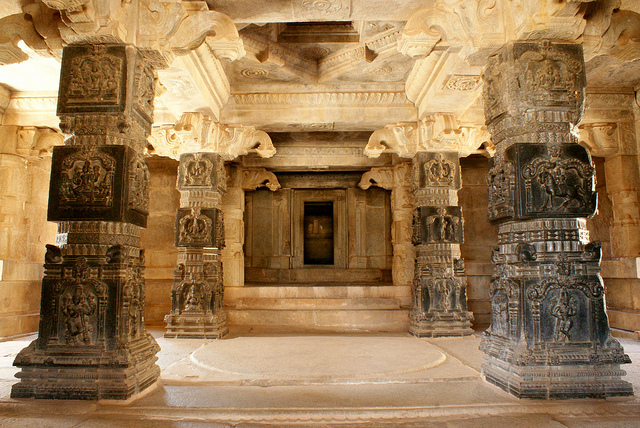 Other star attractions of the Royal Centre at Hampi are the Hazarama Temple (meant for royalty), the massive Queen’s Bath and the Royal palace with the Lotus Mahal. The Mahnavami Dibba (14th century) is a huge platform indicating it might be the remains of an audience hall or throne room. Walk through the arched interiors of the ornate Lotus Mahal, located in the Queen’s Palace, and savour the splendid synthesis of architectural styles with rich carving. Time has been kinder to this beautifully preserved monument. The public bath located here is huge.

Work your way through another splendid gateway (the Talarigatta Gate), set between the villages of Kamlapur and Hampi, to take a little break to explore the rich offerings of the Kamlapur Museum, located near the royal elephant enclosures with gracefully arched and domed exteriors. The beautifully be-jewelled Nandi outside is just a small example of the incredible eye to detail of the craftsmen commissioned to work here. Bouldering is the latest adventure fad at Hampi. Best done in the dry months, Hampi’s diversity of boulder formation and how they are sited is a huge magnet for the global bouldering community. Visit the Kishkinda Trust (Mobile: +91-94492-84496) for equipment and the like. Helitours along with hot air balloon rides over the site are gaining popularity. The tiny Hampi Bazaar can be a bit of fun to explore if all that culture becomes too much for you. Coracle rides on the river too are a big draw.

For more information, please go through our Places to visit and Things to do pages of our Hampi Travel guide. 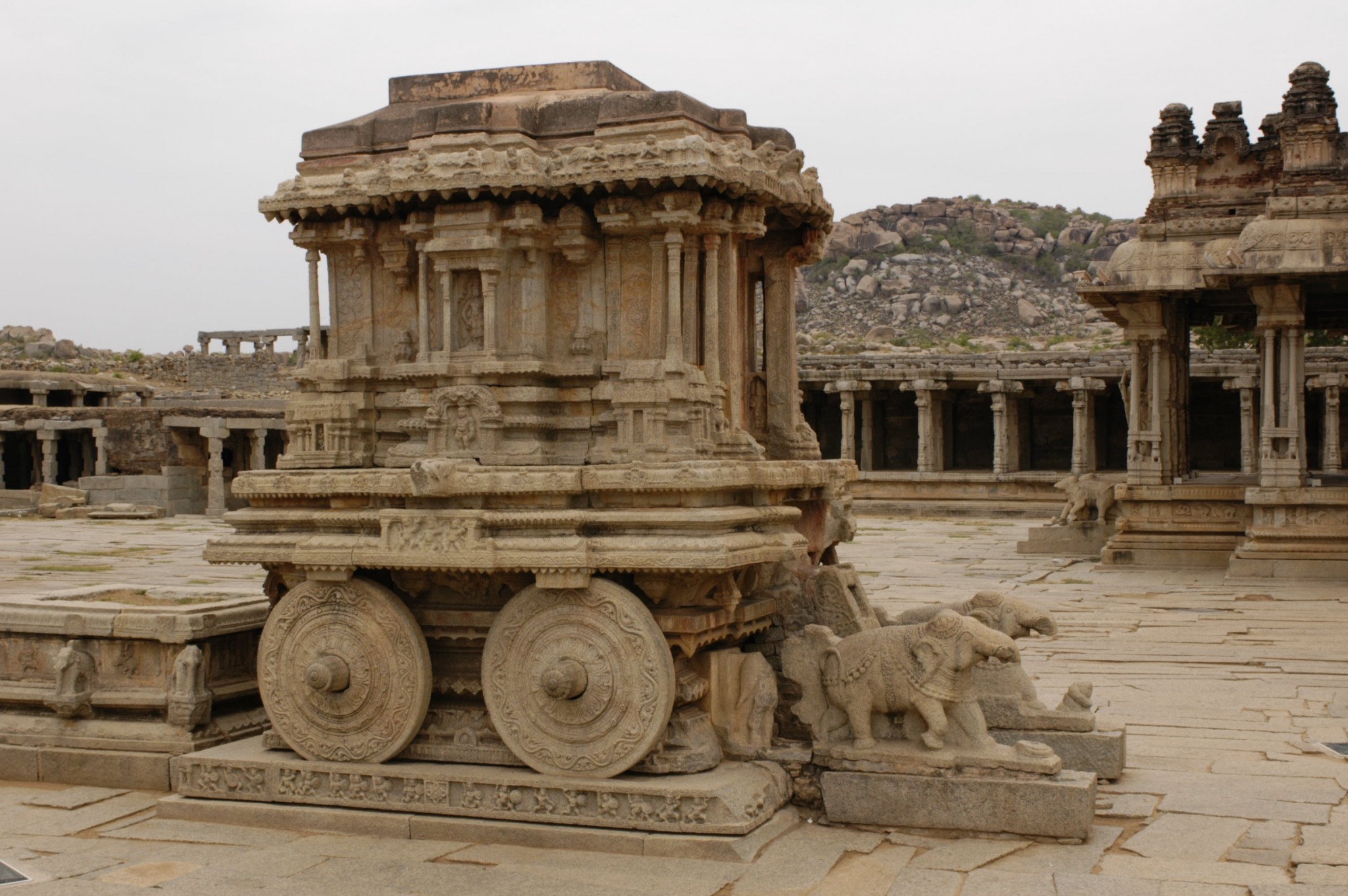 Panjim: Visit the old churches in the town; go for shopping at the market; visit the Bhagwan Mahaveer National Park at Mollem

Dharwad: Drive through the scenic roads through this small town known for gifting the country with top luminaries in the performing arts — Gangubhai Hangal, Bhimsen Joshi and Mallikarjun Masur

Hospet: Drive past the Tungabhadra River and stop by at the dam to take some nice photographs

Hampi: Visit the monuments of the ancient Vijayanagara dynasty; go for bouldering 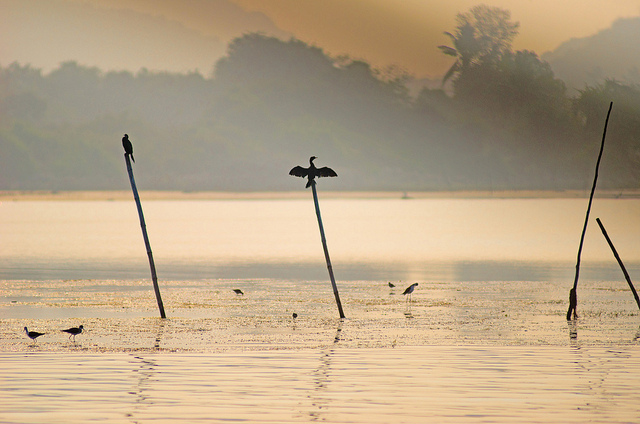 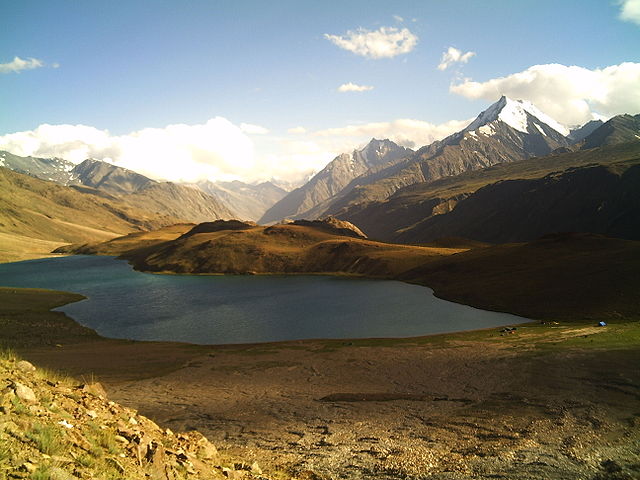