They were once brimming with energy but now stand un-visited.  Reduced to piles of rubble, the run-down and freakishly quiet abandoned places in the world may creep you out at first, but the more you read the stories behind their fractured walls, the more you would want to visit them.

Now left to rot, the Douglas Super DC-3 once served the navy. It nose-dived to its end on November 24, 1973 on Iceland’s Sólheimasandur beach. Luckily, all crew survived the impact. Shutterbugs and travelling enthusiasts and anyone who is interested in witnessing magic (for real), this is a must-visit. Also, it’s an epic spot for a Northern Lights experience. 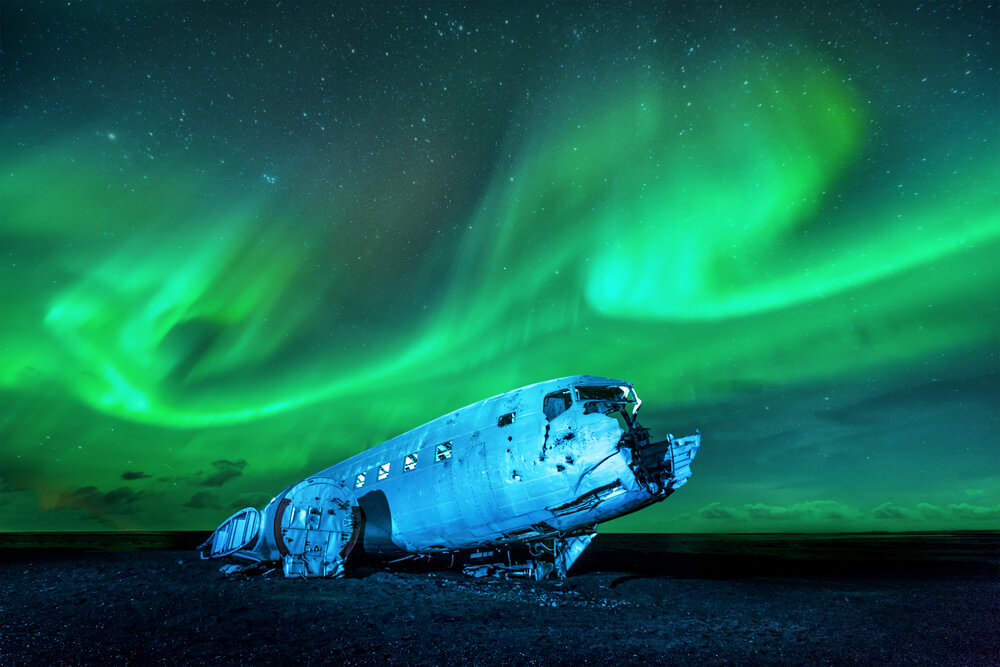 Here’s an interesting story on how a ship became a floating forest. The abandoned ship that is now home to a full-grown forest, was a SS Ayrfield, a 1,140-tonne WWII transport ship. In the early 1970s, it was brought to Sydney’s Homebush bay to be dismantled, but fate had other plans. Operations at the yard were discontinued resulting in vessels being left at the bay. 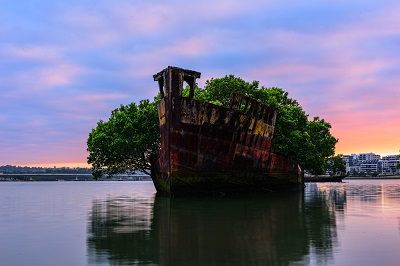 This place, if it was still functional, would be candy land for women. German miners settled in Kolmanskop with the hope of making a fortune out of diamonds. Few years after the World War I ended, they gradually left the place because they had, through excessive mining, depleted the reserves. It is now a ghost town drowned in sand and just that alone makes for a great photo-op. 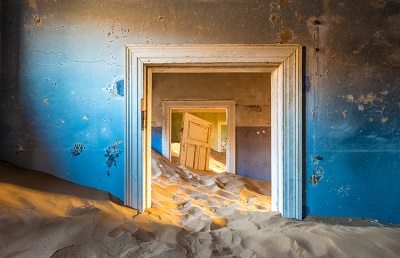 Constructed in early 1978, the pod houses were to be vacation resorts for U.S. military officers, but the structures were never completed due to investment losses and accidental deaths. Urban legend has it, the ground on which the pods were built were once burial grounds for Dutch soldiers and that dissecting the Chinese dragon sculpture that stood in the premises impacted the construction adversely. The site was demolished to make way for a water park. 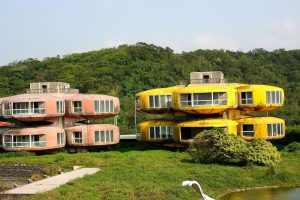 Imagine living in a house off-shore and falling asleep to the sound of the waves. The dome houses have been now reduced to a fancy surreal must-see site, but was once vacation home to Bob Lee, retired oil producer, and family. Built in the early 1980s, the house was equipped with solar panels and had an efficient water harvesting system, all thanks to the interconnected domed structures. Unfortunately, the foundations of the house have been left destabilized owing to repeated hurricanes. The house is now, according to reports, approximately 180 feet (55 meters) offshore.

A ghost town in northern Ukraine, Pripyat was just 16 years old when it was abandoned. The year 1986 saw the residents’ evacuation following one of the most lethal radiation leaks from the Chernobyl Nuclear Power Plant. The city has been reduced to a case-study of sorts ever since. 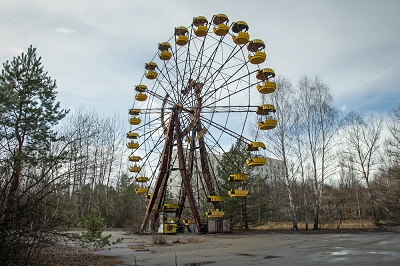 Even though the remnants of the adventure ride will remind you of one of the fiercest natural disasters, but once you set that thought aside, you will see how much of a photographer’s delight it is. In 2012 October, after Hurricane Sandy tore through New Jersey, USA, hundreds of houses were reduced to rubbles and an iconic structure left in ruins. The Jet Star roller coaster was pushed into the sea and it stood dilapidated yet tall just outside the coast for a couple of years until it was demolished completely in 2013. 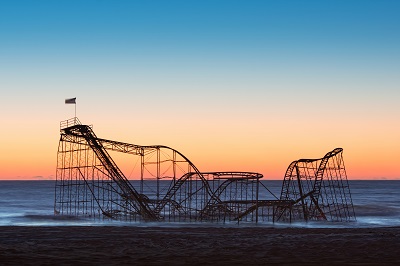 Crumbling in the face of time is saucer shaped majestic building that was once home to the Bulgarian Communist Party in Mount Buzludzha, central Bulgaria. It was open for use only for eight years up till the fall of the Iron Curtain in 1989. 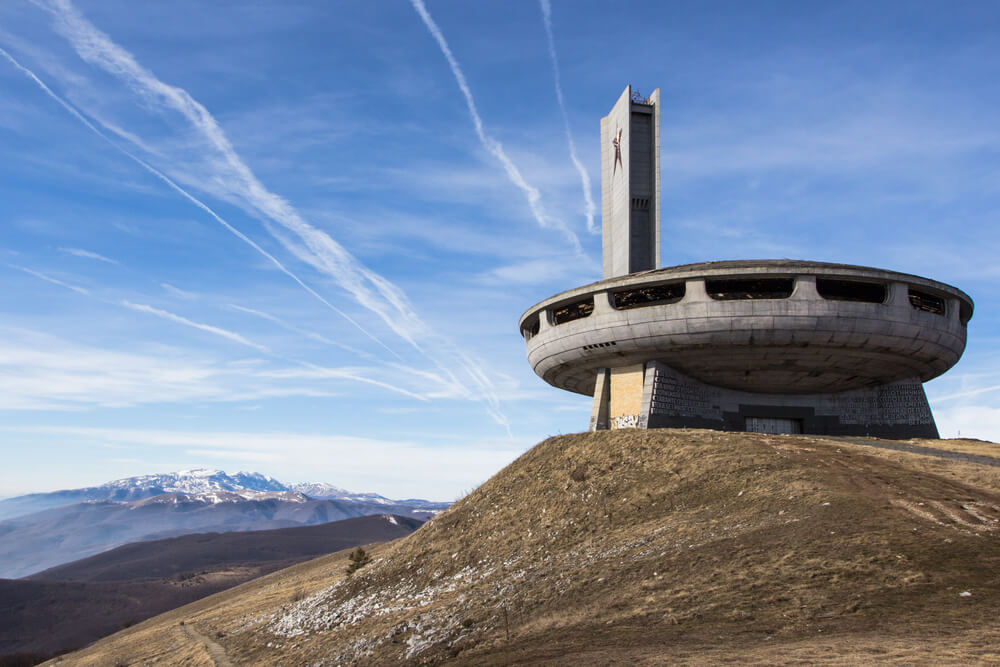 These structures were built during the Second World War in the Thames estuary to defend the UK from German air raids. During the war, the fort downed 22 aircrafts and 30 flying bombs. 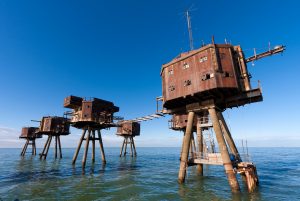 Known as an urban explorer’s favourite spot, Miranda castle is sitting on a century-old history. Built in 1866 by an English architect. The structure was completely abandoned in 1991 and left to rot until its roof started to fall off. The demolition began last year in the latter half. 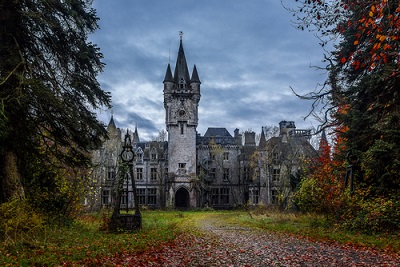 It’s time to add some thrill to your vacation. Happy travels! 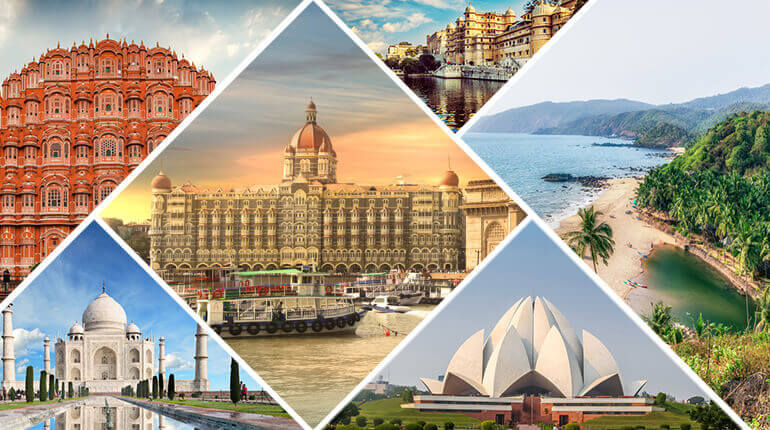