Home
|
Beach Vacations
|
Anjuna Beach: So much to rave about The truth about Anjuna Beach, as any hippie worth his tresses will tell you, is that it’s pretty much indescribable. Like some of the best things in life, it has to be experienced to be believed — preferably on a night when the moon is full and the sea silvery, and a lively party has the sands dancing. 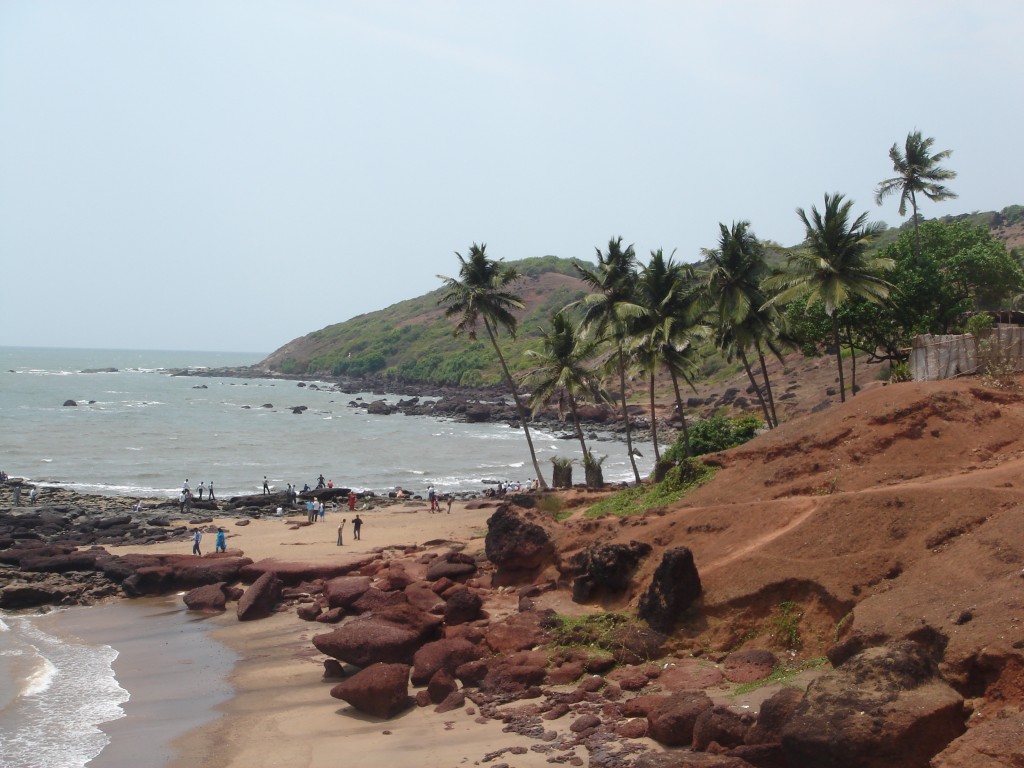 The beach’s surreal quality makes it even more difficult to pin it down in words. It’s the undisputed capital of Goa’s rave scene, a beach where anything goes, where people of all kinds congregate. There is the eccentric millionaire, the beach lover perhaps living on the kindness of family and friends, and the double PhD taking a break from her book to stare at the sea. The beach is geared to welcome all of them, and indeed to make them feel at home.

A sprawl of restaurants is to be found on one side of the beach, stretching all the way to the famous flea market at the extreme south end of the beach. The restaurants sell everything, a bewildering if eclectic mix of global cuisines. The flea market is on Wednesdays but every other day of the week too sees a constant whirl of businesses, with shops and vendors hawking trinkets from all over India.

In spite of all this, Anjuna manages to flaunt some quintessential Goan characteristics. It has a laid-back, ‘sussegad’ kind of feel, as if to confirm that it’s indeed a Goan beach. Anjuna’s beauty, and the lovely mix of colours that nature has painted her with, certainly suggests a blissful quality that one associates with the state. A low red laterite cliff borders the beach. To its right are green coconut trees, framing the sea and the sky in the most photogenic of ways. Further down, jagged laterite boulders alternate with little spits of white sand. Azure water swirls and bubbles between the rocks. Life takes on a different meaning in the face of Anjuna’s many charms, and before you know it, there you are, dancing away on a moonlit night, free as the wind… just what you had imagined Anjuna would be.

Anjuna is a long beach, and is divided into South, Middle and North Anjuna Beach. Much of the action, and many hotels, bars and restaurants, are clustered off North Anjuna Beach in DeMello, Soronto and St Anthony vaddos.

Anjuna is generally unsafe for swimming because of an unpredictable undertow, except at its southern end, off the flea market ground. But if you do not venture more than waist-deep into the sea, you should come to no harm. Swimwear is common, as is the case across Goa.

Shop at the flea market, dance to trance music at a bar on the beach or watch the sea’s changing colours at Anjuna. 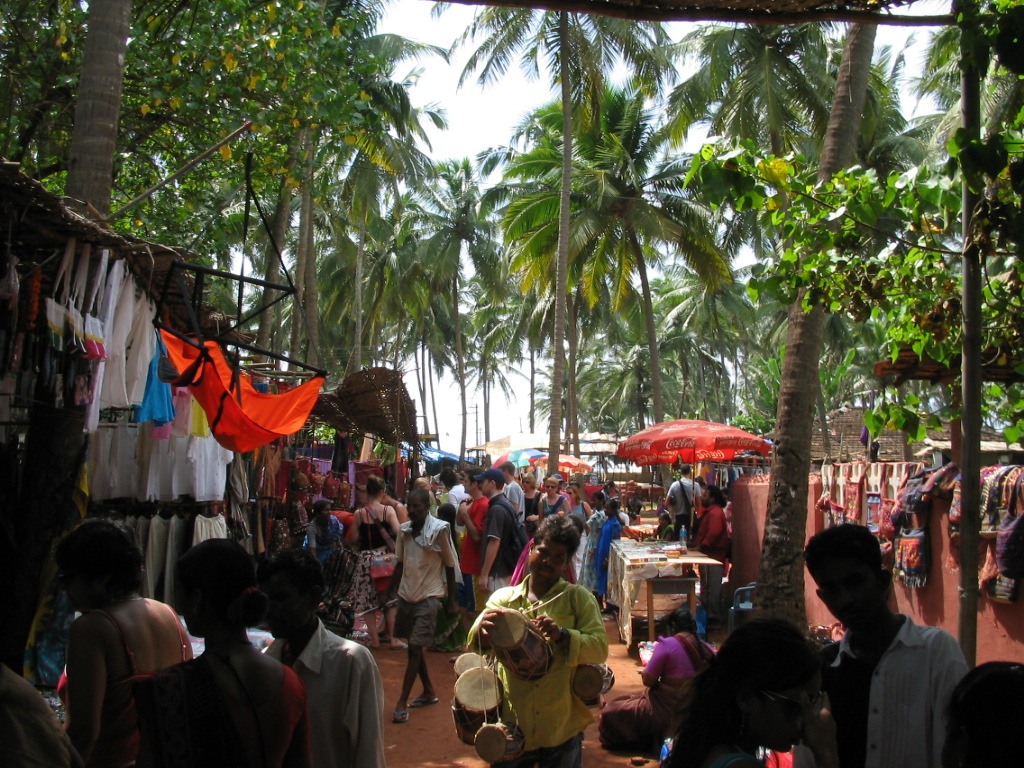 Anjuna’s flea market began in the 1970s as a place where hippies hawked their stuff when they were either broke or leaving for home. Banned for several years after the local church ran a campaign against it (they said it was a front for drug dealing), the flea market was revived by the Anjuna Panchayat as the Anjuna Weekly Market some eight years ago, and is now held on Wednesdays over several acres of coconut plantations at the southern edge of the beach.

Most of the vendors are Kashmiris, Tibetans and Lamani women peddling all kinds of trinkets and clothes from across India. Food stalls sell all kinds of goodies, from yak cheese to hummus. The market starts at about noon and people begin to leave after sunset. A nice way of getting to and from the market is by boat. Boats come from as far away as Palolem, but there are regular services from Baga and Arambol. If the boat is too crowded, get off, and always demand a life jacket.

A walk to Baga

From the flea market ground, a path winds its way along the hillside and emerges near the Retreat House in Baga. Great views and a pleasant time are guaranteed, but don’t get caught out after dark, even if you have a torch.

With all those rocks in the sea, water sports in Anjuna are limited to its southern end. What Anjuna does offer on calm days is some snorkelling around the rocks in the sea. There are mullet, parrotfish and groupers to be spotted, if the water visibility is 2m or more.

Paraiso de Goa (aka Paradisio) is a swinging trance bar that’s open till the wee hours. Paradisio is set on a hillock next to the beach and offers a fabulous view. However, it’s frowned upon by hardcore European ravers, as it has a fairly stiff entry charge. Primrose Café, located between Anjuna and Vagator, is another place to be when there’s no party around. Enjoy on Badem Hill keeps things rocking late into the night.

Anjuna has several restaurants and the beachfront itself is an endless chain of shacks. Most of these come up on the edge of the cliffs and coconut groves that line the beach. Shore Bar on the beach is a good choice to watch the sunset and drink beer into the night. Sea Breeze Café has good food at moderate prices. Martha’s Breakfast Home has fabulous pancakes and coffee. The German Bakery is justly famous for pastry and a very eclectic menu. It’s also a great place to hang around. The Jam Connection has great salads, coffee and hearty breakfasts, served in a garden setting. Tin Tin Tibet, opposite Jam Connection, serves momos, thukpa and much more.

Location Anjuna is in North Bardez Taluka, just south of Vagator Beach and north of the Baga-Calangute-Candolim stretch, from which it is cut off by the Baga River

When to go Any time of the year but the best season of course is winter. Though this is also the time when Goa is at its most expensive. 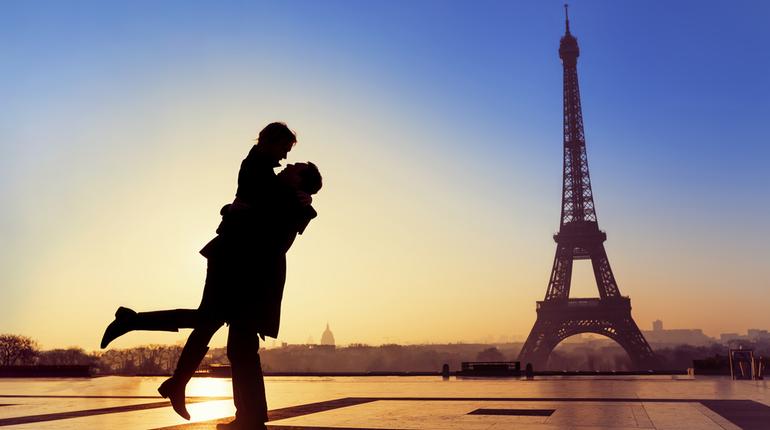 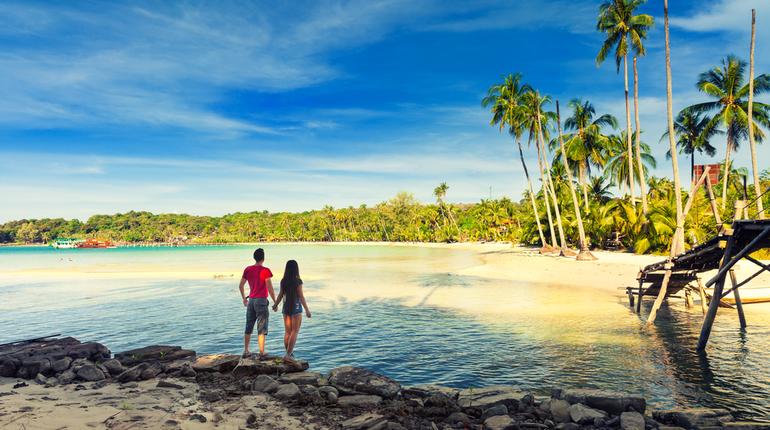